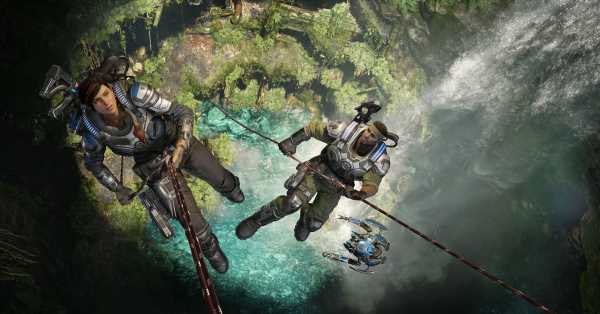 Gears 5, a staple of Xbox Game Pass since the day it launched in September 2019, is the extra game. It’s available Feb. 1 to Feb. 28, both its Xbox One version and the Xbox Series X enhanced version that launched alongside the new console in November.

The others: The Resident Evil remake is likewise available all month. That’s a timely choice, in light of yesterday’s news about Resident Evil Village and its May 7, 2021 launch date. This is the remastered version of the 2002 console game, which launched on Xbox One in 2015.

Indiana Jones and the Emperor’s Tomb, the 2003 action-adventure for Xbox, is also available Feb. 1 to Feb. 15, and is backward compatible to Xbox One and Xbox Series X. It’s a timely selection in light of Microsoft-owned Bethesda Softworks’ announcement that MachineGames is working on an all-new Indy adventure for the reconstituted Lucasfilm Games label.

Capcom also has the Dead Rising remaster available until February 15 (it is part of the January Games With Gold lineup). Bandai Namco is the publisher behind the two other games available until the end of January: Breakdown, the 2004 Xbox action-adventure, and Little Nightmares, the 2017 puzzle-platformer.