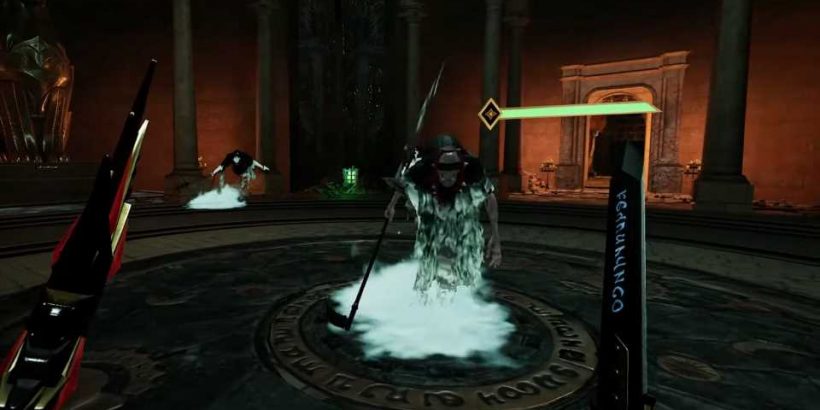 Warhammer Age of Sigmar: Tempestfall, Carbon Studio’s upcoming action-adventure game, just got an extended gameplay video to show off some of its combat, puzzles, and rich environments before its November 17th release on PC VR headsets.

Carbon Studio says the video is taken from early in Tempestfall’s campaign, giving you a look at the realm of Death. As Lord-Arcanum, a member of the storm-magic wielding warrior class and one of Sigmar’s Stormcast Eternals, you recover lost souls of your order from the Nighthaunt hordes. Pretty heavy stuff.

In Tempestfall, melee weapons aren’t just for flailing though: they’re upgradable and have powerful, gesture-based magic spells attached to them too, so you can parry, slash, and cast spells with various effects to ward off even a large group of baddies—all without changing weapons. Of course, you can always grab a dude and just toss him if you’re in a pinch.

Warhammer Age of Sigmar: Tempestfall is set to release on November 17th across on SteamVR headsets, Viveport, and Oculus PC. We’re still waiting for word of the game’s planned launch on Quest, which for now has been missing in action.

We’ll be putting Tempestfall through its paces in our full review then, so check back soon.