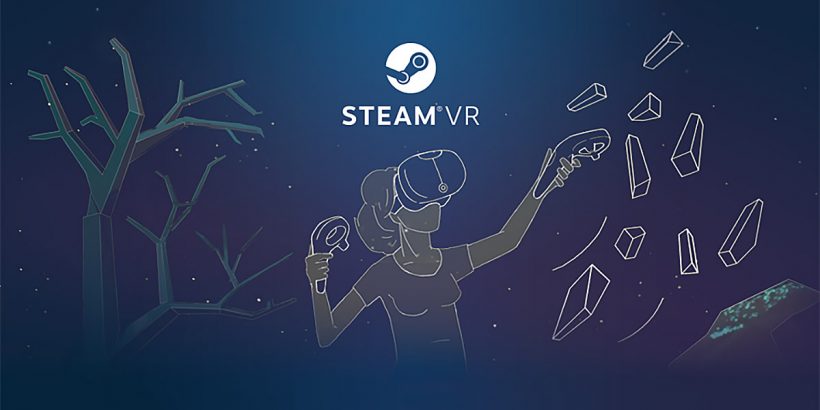 Last month we pointed out a sharp drop in the number of users with VR headsets on Steam according to the latest data from Valve. There wasn’t a clear cut explanation as to why. This months data shows the numbers bouncing back closer to where they were before, but came short of a full recovery.

Last month we noted that the portion of users with VR headsets on Steam had dropped sharply from 2.31% to 1.86%, according to the data provided by Valve in the monthly Steam Survey. This was an anomaly compared to the occasional up-and-downs seen in the data previously. The latest data from the company shows the drop may not have been as severe as it appeared, with the portion of users with VR headsets on Steam bouncing back to 2.07%. Not quite as high as before, but much closer to the bumpy ‘noise’ that we’ve seen in the data previously. Each month Valve collects info from Steam users to determine some baseline statistics about what kind of hardware and software is used by the platform’s population, and to see how things are changing over time, including the use of VR headsets.

The data shared in the survey represents the number of headsets connected to Steam over a given month, so we call the resulting figure ‘monthly-connected headsets’ for clarity; it’s the closest official figure there is to ‘monthly active VR users’ on Steam, with the caveat that it only tells us how many VR headsets were connected, not how many were actually used.

While Valve’s data is a useful way see which headsets are most popular on Steam, the trend of monthly-connected headsets is obfuscated because the data is given exclusively as percentages relative to Steam’s population—which itself is an unstated and constantly fluctuating figure.

To demystify the data Road to VR maintains a model, based on the historical survey data along with official data points directly from Valve and Steam, which aims to correct for Steam’s changing population and estimate the actual count—not the percent—of headsets being used on Steam.

If we take July’s data to be more accurate than June, that ‘sharp drop’ looks closer to just 200,000 headsets rather than the 516,000 that appeared initially. That’s not insignificant, but it’s much closer to the normal up-and-down noise that we’ve seen in the data over the years, which has ultimately revealed a healthy upward trend over the long run. We still don’t have a clear cut explanation for the drop in June’s numbers, and Valve has opted not to respond to our multiple requests for comment. One lingering possibility was a large surge in Chinese (+6.18%) and Korean (+2.16%) players—places arguably less likely to be using VR headsets on Steam—combined with an overall loss in English players (−4.32%), which are arguably more likely to be using a VR headset on Steam. Facebook, whose headsets account for more than 60% of all used on Steam, does not sell its headsets in China.

These fluctuations, combined with a downswing of the data’s usual noise (and perhaps some actual reduction in the value of headsets on Steam in June), are a plausible explanation for the sharp drop, but not conclusive. As for the share of individual headsets on Steam, Quest 2 continues its consistent growth, now at 32.56% (+1.49%) of all VR headsets on Steam. Other Facebook headsets (Rift S, Rift, and original Quest) saw small gains and losses which ultimately just about cancelled each other out. Looking at vendors overall, Quest 2 continues to drive Facebook’s control of headsets on Steam. Last month was the first time the company’s headsets accounted for more than 60% of all headsets on the platform, and this month its up to 61.27% (+1.09%)