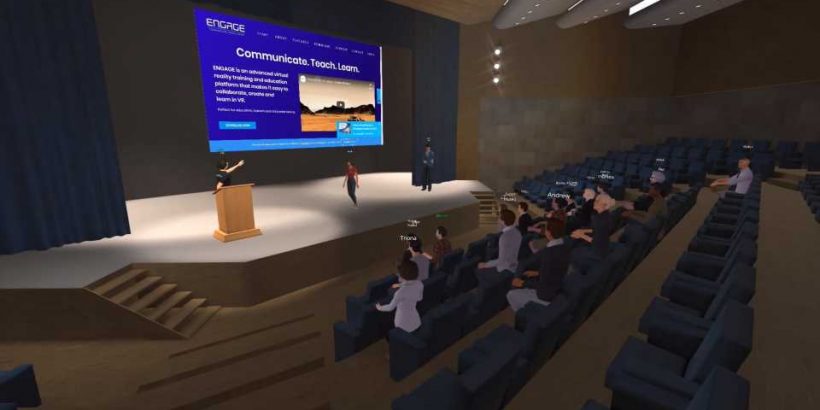 VR Education Holdings, the company behind the social VR platform ENGAGE, announced it’s raised €9 million (~$10.7 million) which will help it expand beyond the realm of immersive education & training and into a new product called ENGAGE Oasis. It’s billing the upcoming social VR platform as an enterprise offering comparable to a “fully featured corporate metaverse.”

As reported by Forbes and Silicon Republic, the Waterford, Ireland-based company has secured its latest funding from a number of investors via share placing, which includes Octopus Investment LTD UK. The new shares generated from the deal are said to represent 20% of the company’s issued ordinary share capital prior to the placing. VR Education Holdings is listed on both Euronext Dublin and London Stock Exchange.

In May 2020, VR Education secured $3.3 million from HTC to expand Engage, the company’s platform which allows educators and enterprise customers to create bespoke VR experiences for both small and large format events across a variety of devices, including SteamVR headsets, Oculus Quest, Vive Focus Plus, and Pico headsets. Only two months before the deal went through, Engage played host to HTC’s Virtual Vive Ecosystem Conference—a direct response to the pandemic’s deleterious effect on in-person events.

As the name would suggest, Oasis is fairly ambitious in scope. Aiming for launch in H1 2022, Oasis was inspired by the eponymous metaverse featured in the novel and film Ready Player One, which was the de facto platform in VR where users meet, play and do business. Oasis said to be an “always-on, fully persistent virtual world, where ENGAGE clients can meet and sell products and services directly to each other,” and it targets business professionals, corporations, young professionals, and college students.

“Employees from the world’s largest corporations can connect with each other to generate new business ideas and deliver value to their respective organisations,” the company says in a press statement. “ENGAGE Oasis aims to be an opportunity for corporate users to expand their customer base and provide immersive services at a reasonable price.”

The studio says avatars and virtual locations will be “tailored for professional users,” which includes no limits when it comes to the storefronts and meeting places they want to build. There, the company envisions the platform as a new marketplace for corporations and digital artists to sell digital items and provide services using non-fungible tokens (NFTs), fiat currencies and cryptocurrencies.