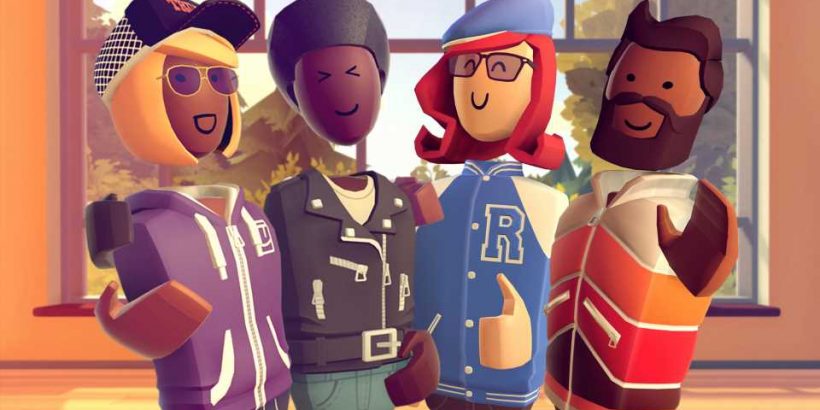 It was only a month ago when social VR platform Rec Room reported it crossed the two million annual VR user mark, an important milestone worth celebrating along the app’s five-year journey. Its developers tell Road to VR that Rec Room has seen a significant uptick in users recently, as it now reports over one million monthly active users on the platform.

Rec Room’s success comes from a number of factors; it’s free, it benefits from wide distribution VR headsets and traditional monitors, and it includes cross-platform play too. It’s also incredibly fun. Rec Room not only lets you socialize face-to-virtual-face, but it focuses on providing compelling games such as its co-op Quests, a battle royale-style shooter, and a host of minigames. The admittedly slick first-party content sits right alongside stuff created by the community too, which includes anything you can imagine.

In addition to supporting all major VR headsets, Rec Room has broadened the number of compatible non-VR devices since its launch in 2016. It now supports non-VR users across PS4/PS5, Steam, iOS, and Xbox, where it’s currently listed as the number one top free game.

Shawn Whiting, Rec Room’s Head of Community, Retention and Growth, told Road to VR that given today’s news, virtual reality users are actually a relatively small percentage of overall users. They are remarkable dedicated though, Whiting tells us, and they’re still growing.

“Our VR daily active users spend an average of 2.7 hours in Rec Room when they visit,” Whiting tells Road to VR. “Quest 2 is about half of our VR users [and] VR growth has been amazing the past few months.”

Still, despite its increased popularity on non-VR devices, Whiting says that creating a thriving VR community is still key to “building the metaverse.”

And by all accounts, that’s what Rec Room is really after—making a rich virtual environment where not only fun and games can exist, but also someplace where life happens. The studio’s plan to create a functioning in-game economy is only one such step, which could make it financially viable to work as a content creator for the game. That’s a good way of mobilizing creators to make cool stuff and retain users who want to spend money on accessories and exclusive content.

Besides bumping past one million monthly active users, over the weekend the platform reports it’s hosted 45,000 concurrent players, which at its peak made it more populous than many of Europe’s micronations, such as the Principality of Monaco, Liechtenstein, or San Marino. Ok, that’s a bit of a silly comparison, but no more silly than completely recreating Among Us in VR.