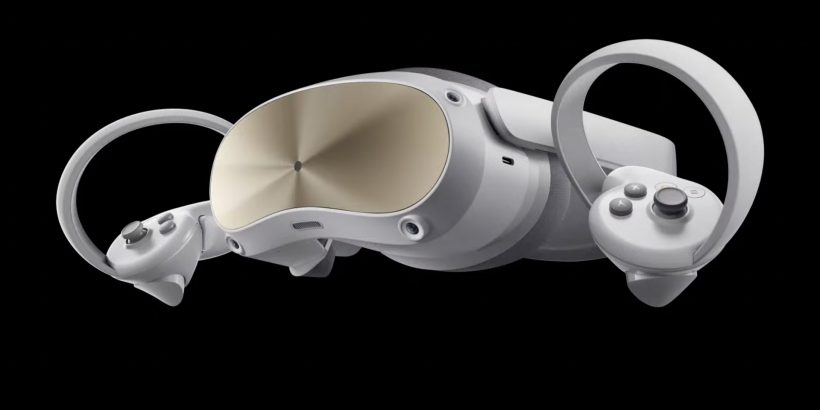 In addition to the consumer-focused Pico 4 headset announced this week, the company has also announced a Pico 4 Pro variant aimed at enterprise use-cases.

With the announcement of Pico 4 this week, Pico is squaring up to compete with Meta’s Quest 2. But the company is seemingly also trying to ready itself against Meta’s upcoming Project Cambria, a high-end enterprise-focused standalone headset (which is rumored to be called the Quest Pro).

Alongside the announcement of Pico 4, the company announced Pico 4 Pro. Apparently due out later this year, the headset appears to be largely the same from a hardware perspective but with the addition of three internal cameras for eye and face-tracking.

Pico also claims the internal cameras can be used for “52 points” of face-tracking, though it isn’t clear if most of those are directly sampled or inferred from a model. Face-tracking is difficult to get right (because the results are highly subject to the uncanney valley and getting a clear view of the face is difficult); the only commercial headsets that have attempted face-tracking have had to employ bulky under-slung cameras. It will be interested to see what Pico can achieve from a largely hidden camera (which is presumably aimed down toward the user’s mouth).

Aside from eye and face-tracking, it appears the Pico 4 Pro will be essentially the same hardware otherwise, including a Snapdragon XR2 processor, 2,160 × 2,160 (4.7MP) per-eye resolution, and pancake lenses with a claimed 105° field-of-view. You can see a detailed list of specs for the headsets here.

On the software side, however, Pico 4 Pro will be substantially different. The company says the headset will include an enterprise focused variant of its operating system and won’t require any kind of “personal identification” to operate, which hopefully means no logins.

Pico has yet to announce a specific release date for the Pico 4 Pro, nor a price, though it says the headset will come later this year and will become available in the US at some point.