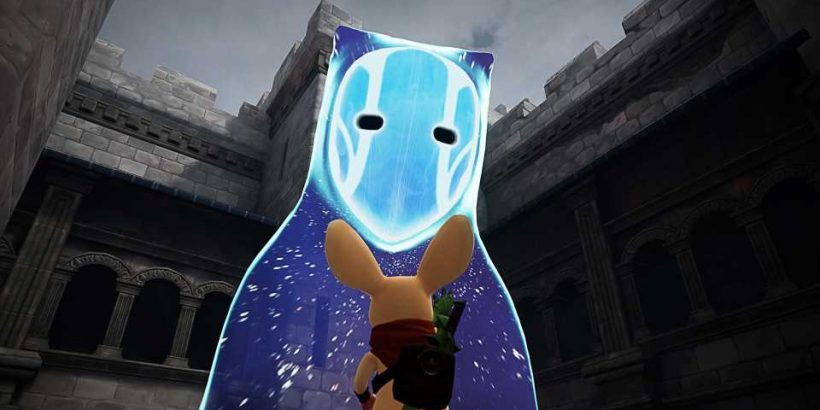 If you’re excited to jump back into the storybook world of Moss, you won’t have to wait much longer. In two weeks, you’ll be able go head-first into another adventure with little Quill in the upcoming sequel, Moss: Book II.

Coming to PSVR on March 31st from Polyarc, Moss: Book II promises to bring fans of the first a longer experience with more boss fights, and a wider terrain to explore as you and your mouse-pal Quill take on the evil rule of the Arcane.

We got a peek at some new gameplay, and it’s safe to say the world of Moss is looking more lush than ever.

Foliage is reactive to the touch, little Quill seems more playful and bouncy, and there’s some new enemies to watch out for too. One of the first new interactions we see in the demo is the new vine bridges, which you (The Reader) activate for Quill by physically reaching out with your DualShock 4 controller and extending a magical vine that stretches from one ledge to another.

It’s a neat little puzzle piece that will have you connecting bridges, disconnecting them, and looking for new pathways through the multi-layered levels.

In the sequel it seems many of the enemies have taken on armor too now, which require the use of a very heavy hammer.

But Quill’s hammer can’t batter through enemy armor on it own though, but she can call up a ‘spirit version’ of the hammer, which can be wielded by The Reader. This lets you can destroy large armored boxes, smash down enemies in Quill’s way, and activate the world’s heavier mechanical stuff.

Polyarc promises more than just a hammer though, with levels providing multiple areas suited to different weapons. The idea, as I understand it, is to provide more opportunity to encounter the same area but with a different objective. This, I’m told, is only one part of lengthening the gameplay experience, which was one of the main gripes with the original, which clocked in at just around 3-4 hours.

Moss: Book II releases on PSVR on March 31st. In the meantime, you can add it to your wishlist here.

There’s still no word on when we’ll see Moss: Book II on other platforms. If it’s anything like the first, we’ll be waiting a few months before it’s released from timed exclusivity, likely headed for Quest and PC VR platforms.