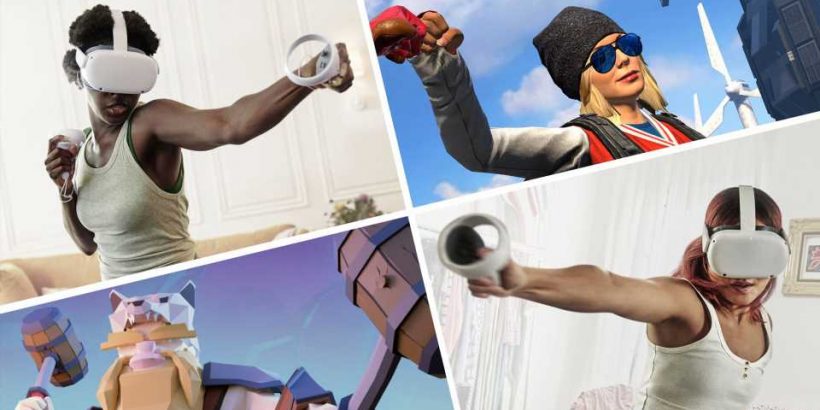 At GDC last month, Meta shared the clearest look yet at the number of apps reaching various revenue milestones on the Quest platform. So far, 124 apps have earned $1 million in revenue or more, while 8 have exceeded $20 million.

In February Meta said the total amount of money spent on the Quest store had surpassed $1 billion, showing just how much spending on the marketplace has grown since the launch of Quest 2.

Last month at GDC, Meta’s Director of Content Ecosystem, Chris Pruett, shared the clearest look yet at how many apps are seeing material success on the Quest store over the last year. Lining up the data with some previously shared figures gives us an interesting look at how the Quest store is progressing over time.

First, here are the numbers Pruett shared at GDC, which include data up to February 2022. Lining up the data with the same figures shared by Meta previously gives us an idea of how things are trending over time. First is a naive look at the data points side-by-side: But this doesn’t account for the time between data points, nor differences in seasonal sales volume. With some interpolation we can account for time and seasonal differences by looking at a yearly average of all apps exceeding $1 million in revenue. Of our three charts so far, this is the most normalized way to look at the data. The chart above tells us how many apps are reaching the $1 million milestone each year, on average. The number is increasing overall, which is a good sign, though the rate of the increase is slowing.

One variable that could significantly impact how we understand this data is that rate at which apps are being allowed into the store (since Meta hand-picks which apps do and don’t go on the Quest store). The number of apps in the store has been growing at a surprisingly linear rate, so we can say it likely isn’t having much of an impact on the chart above. Granted, many of Quest’s early apps have been previously successful VR games that were ported to the headset, which makes their success more assured than the growing number of brand new VR apps that have launched as the platform has aged. This could account for the slowing rate of apps reaching $1 million each year on Quest.