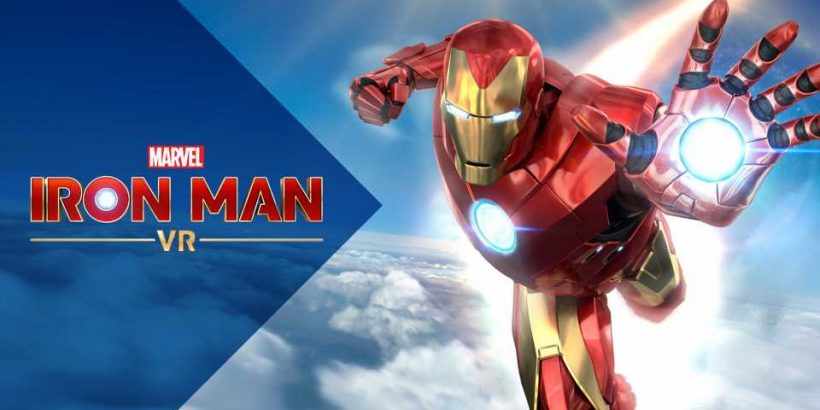 Developer Camouflaj has been pretty quiet since the 2020 release of one of our favorite PSVR games—Iron Man VR. But the developer recently teased that it has “exciting things on the horizon” and remains “all-in on VR.”

Iron Man VR was a PSVR exclusive released by Camouflaj in 2020 which won the studio multiple VR game of the year awards (including ours that year). Not only was it a VR game with a popular IP attached, it was also mechanically innovative, giving players a largely comfortable system for gesture-controlled flight and combat in VR. In short, the game really nailed the feeling of flying and fighting like Iron Man (if you’d like to know more check out our full review of the game).

With the game’s critical acclaim and insightful design, it’s somewhat surprising we haven’t heard anything about a follow-up title from Camouflaj. While there’s still nothing officially announced, the studio recently shared a tease of what’s to come.

On the studio’s official site, studio director Ryan Payton shared a message last week on behalf of the studio:

As the world continues to change, so has Camouflaj. We continue to expand our global presence, strengthen our partnership with long-time collaborators, and deepen our commitment to creating a healthy working environment for all staff.

Some things at Camouflaj haven’t changed though. We remain focused on delivering high-quality, meaningful games, and—for the sixth year running—find ourselves going all-in on VR.

There are exciting things on the horizon, and we can’t wait to tell you more…

[our emphasis in bold]

Back in March Camouflaj announced it was opening a secondary studio in Japan called Camouflaj Holdings, in partnership with former Capcom producer Matt Walker. But so far neither the main studio nor the new one have announced what they’re working on.