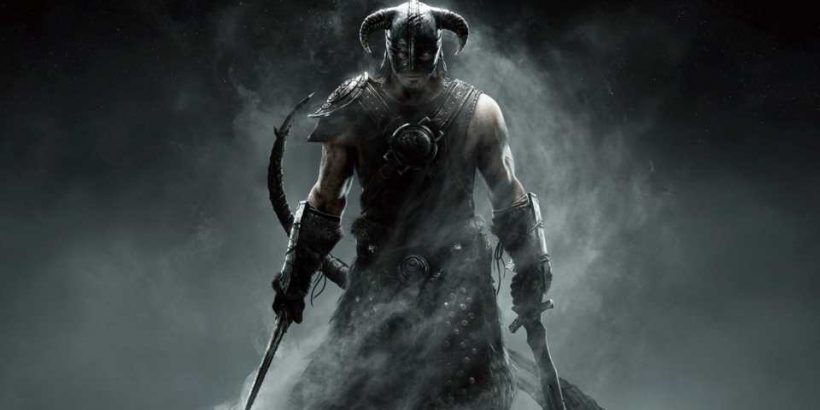 Love them or hate them for it, Bethesda’s games offer up a great opportunity for modders to get under the hood of impressively large-scale virtual worlds and summarily fix whatever messes the studio left behind. The same goes for Skyrim VR (2018), which for all its charms, is still obviously in need of tweaks to make it more like the VR-native game it should have been when it was first released on PC VR headsets in 2018. Now there’s a mod for that.

Created by NexusMods contributor ‘FlyingParticle’, the nifty mod fixes many of the non-VR design conventions that were essentially ported from the flatscreen version of Skyrim, namely the overreliance on text-based inventory menus and point-and-click object interaction system—both total immersion killers in their own right.

Called HIGGS VR (hand interaction and gravity gloves), the mod adds in some seriously useful abilities which were inspired by Half-Life: Alyx (2020). With it installed, both hands and objects have collision enabled so you can actually hold items.

Borrowing the gravity gloves mechanic from HLA, the mod also lets you highlight and select items from a distance and force-grab them to you. Combined with another mod, called VRIK Player Avatar, you can also add in dynamic handposes for more realistic object interaction.

Looting is a more natural experience too, as you can stash items by placing them in an over-the-shoulder inventory on your back. You can also move bodies, and strip them of armor by pulling on it, which are really nice touches for the sake of immersion.

HIGGS VR only works with PC VR versions of Skyrim VR. You can download it at Nexus Mods, which hosts a mind-boggling number of mods for many games, including many of the fan favorite mods for Skyrim VR.

Check out the HIGGS VR mod in action below, courtesy of YouTube channel ‘Ben Play’s VR’: