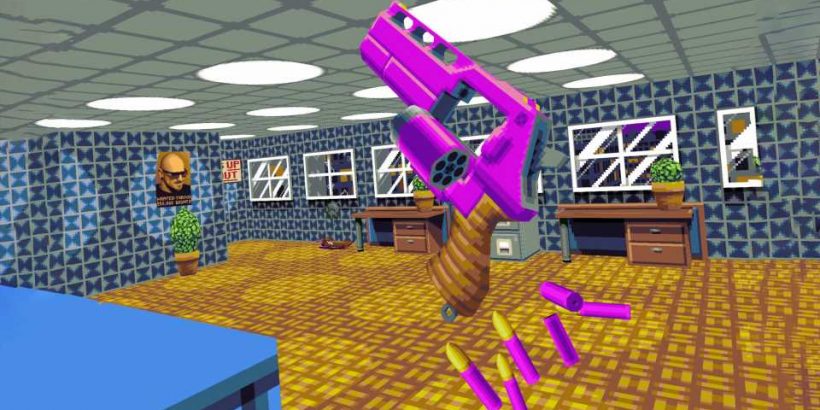 Initially released in early access on Steam in 2018, VR roguelite COMPOUND is slated to get a Quest 2 version following its 1.0 version on PC, its developer says.

Created by one-man indie developer Bevan “NotDead” McKechnie, Compound was originally released in early access on Steam in 2018 and has seen slow but steady development ever since. The game is a roguelite with a unique pixel-art style and an arsenal of fun weaponry with which to experiment.

Now that the developer is homing in on the 1.0 release of the game on PC, McKechnie tells Road to VR that he’s planning to build a Quest 2 port of the game once the PC version is complete. Both the 1.0 version of the game and the Quest 2 version are expected to launch in 2022.

Graphically, McKechnie expects the Quest 2 port to be quite similar to the PC version of Compound, thanks to its low-fi art direction.

The game’s public roadmap shows that Compound may also see some updates beyond the 1.0 release, including the possibility of custom level support, more weapons & mutators, and a non-VR version of the game on PC.