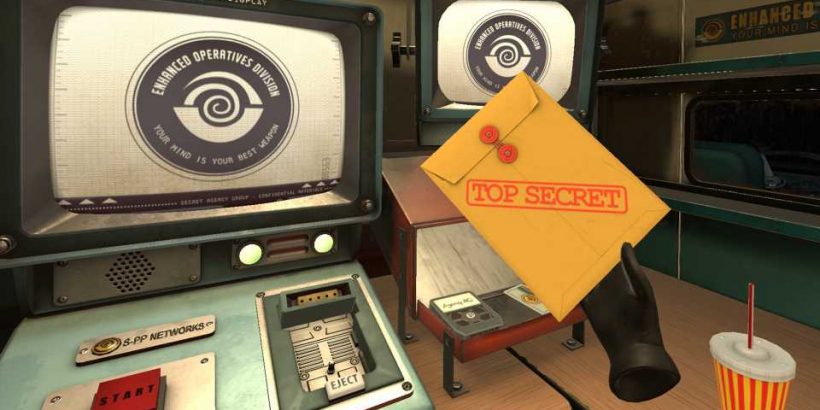 I Expect You to Die 2: The Spy and The Liar is upcoming sequel to the breakout VR spy-themed adventure game. We went hands-on with the game’s new demo, which again puts you in hot seat for another round of Bond-flavored puzzling. In short: it’s definitely something to watch out for when it launches later this year.

Note: There’s more than a few spoilers below to the 10-minute experience. If you want to play the demo yourself, you can grab it starting today on Steam as a part of the Steam Next Fest. Simply head to the Steam page and click ‘Download Demo’.

There’s around 20 other VR games on offer. Check out our comprehensive list and peruse it for yourself!

I Expect You to Die (2017) has been a juggernaut these last four years, as it famously hits the mark for fun, intuitive gameplay and tells a pretty enthralling story too—one escape room at a time, that is. As I slipped back into the familiar rhythm of figuring out the sequel’s obscure mechanisms, following hastily scribbled instructions, and messing around with everything in sight (both physically and telekinetically), a distinct thought ran through my mind: I Expect You to Die still works, and it’s awesome fun.

The demo puts you through a quick tutorial, which reintroduces you to the telekinesis mechanic found in the later missions of the original. Having correctly hunted and disposed of a few bombs whilst in the comparative safety of the Home Office, you’re then booted out to the game’s singular (and partial) mission. You have to stop Zoraxis again, and for your first taste of danger you’re smuggled into the theater to act as a stage hand, and (presumably) to stop whatever dastardly plan he has for you and the crowd below. As I learn the ropes of my temporary new gig, I’m presented with a few tantalizing easter eggs along the way, like putting on all of the costume pieces found around the level, or unlocking a box with a code found on a paper in the drawer.

Those are the sort of detours you take as you try to figure out what the hell is going on, and critically not die in novel ways in the process. As far as I could tell, there’s only one real way to perish in the short demo, but at least it graciously tosses you back to the beginning so you can attack it again, this time with the knowledge of what you did wrong.

Check out my full hands-on with the demo below. If you scroll back the video, you can also see the tutorial and intro theme. Some of the audio in my recording is slightly borked, but that’s just how it captured for some reason. Stick to the end of the hands-on, and you’ll get a brief chance to hear itinerant nerd Wil Wheaton (Star Trek, The Big Bang Theory).

My hands-on video above shows a ‘perfect’ run. I had to die at least two times to figure out what everything was though, and that involved disobeying my ever-present stage director in my ear, or blowing my cover by other means. You’ll see a lot of stuff to play around with; not denigrate the game’s complex and time-sensitive puzzles, that’s half the fun of playing. You’re expected to paw through absolutely everything, and the fun gubbins pop their heads up to punctuate what might otherwise be sober and straight-laced problem solving.

On that perfect run, the demo seems way too short, but you really can spend about double the time messing with the things in the pre-mission van (there’s a mini-fridge!) and screwing up in fun and interesting ways.

Developers Schell Games are slated to reveal more missions in August 2021, which may be just in time for Gamescom 2021 in Cologne, Germany. Gamescom 2021 represents one of the first large-format games conferences since the COVID-19 pandemic shut down all in-person events in early 2020, so it’s possible we may get a glimpse of something new there. We’ll have at least one pair of vaccinated feet on the ground in Cologne for the event, so make sure to follow us for more.

I Expect You to Die 2 is headed to all major VR headsets at some point this summer, which includes Oculus Quest, Oculus Rift, SteamVR headsets and PSVR. Check out the game’s trailer here.