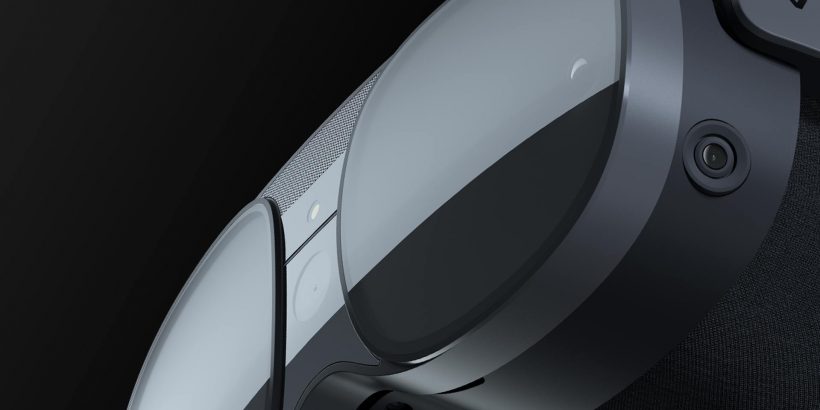 HTC today unveiled the first official image of the headset it’s been teasing over the past few months. The company is also apparently looking to re-enter the consumer XR space with the unnamed device, which it’s set to further detail at CES on January 5th.

As reported in an exclusive by The Verge, HTC is getting ready to stretch outside the enterprise and business sector once again and offer what HTC global head of product Shen Ye calls a “small, light all-in-one headset that promises full-featured virtual and augmented reality.”

Ye calls it an effort to create something “meaningful and that’s appealing for consumers,” further stating that it’s the culmination of lessons learned from making HTC Vive Flow and the Vive Focus 3.

It’s also likely to be more expensive than the $400 Quest 2, which will be a sticking point if it truly wants to be a consumer-first device, and not a prosumer headset like Quest Pro:

“We’re in an era when consumer VR headsets have been massively subsidized by companies that are trying to vacuum up and take personal data to provide to advertisers,” Ye tells The Verge. “We don’t believe the way that we want to approach it is to compromise on privacy.” Ye also revealed a few specs ahead of the official info dump:

The unnamed standalone headset is said to offer color passthrough MR, making it more similar to Quest Pro as opposed to a see-through AR such as HoloLens. The upcoming headset is said to contain a depth sensor, which would in theory offer more accurate room mapping. It’s also said to feature better dynamic range, making it capable of better passthrough for things like reading text on a monitor or smartphone. The headset also packs two hours of battery life, and supports 6DOF VR controllers along with optical hand tracking.

It’s said to be “one of the lightest that’s on the market,” although there are still a few mysteries to unveil. It’s uncertain whether it will include eye-tracking, although HTC has a track record of releasing eye-tracking modules which it may pursue here as well. Privacy protections is also a concern that HTC hopes to address regarding its externally facing cameras, although they haven’t said anything definite yet.

HTC’s unnamed headset reportedly suffered a leak of its design and some key specs back in November, which showed off the outer shell and alleged dual 1,920×1,920 LCDs clocked up to 120hz, mechanical IPD adjustments, pancake lenses, headstrap adjustment mechanism and back-mounted battery. At the time, VR analyst and YouTuber Brad Lynch alleged the leak also included some vague info on its chipset being “faster than the [Snapdragon XR2] in Quest 2,” as it’s speculated to possibly be the upcoming Snapdragon XR2 Gen 2.

None of the information from the leak has been confirmed however, so we’ll just have to wait and see at CES 2023, which takes place January 5-8 in Las Vegas, Nevada.