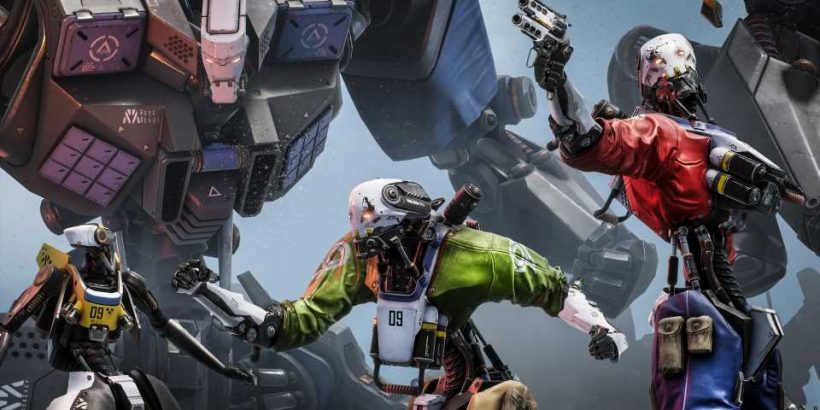 Epic Games, the creators of Unreal Engine, said it would consider building a launch title for Sony’s “next VR platform” during negotiations about Fortnite cross-play on PlayStation in 2018. With the company’s next VR headset not expected to launch until at least 2022, it’s unclear if the Sony took up the offer.

Back in 2018, as Fortnite was exploding across the gaming sphere, Epic Games was trying to pressure Sony to reverse its longstanding policy of not allowing cross-play multiplayer between PlayStation and other consoles. The Verge reports on recently revealed confidential emails in which Epic floated a handful of ideas to sweeten the deal, including the possibility of the company building a launch title for Sony next VR headset.

Epic was an early mover in the VR space, having worked closely with Oculus on several VR prototypes and adding support for VR headsets to Unreal Engine. The company’s most recent and most lauded title is Robo Recall (2017), an Oculus exclusive that has long stood among the best rated titles on the Oculus Rift. And though Epic hasn’t made any VR games since then, it seems that in 2018 it was still ready and willing.

Epic’s vice president of business development, Joe Kreiner, sent a list of proposals to try to move Sony toward opening the door for Fortnite on PlayStation to offer cross-play with other consoles. Among the promise of an announcement at E3 that would “make Sony look like heroes” during a celebrity Fortnite tournament, Epic suggested sweetening the deal another way.

“Epic’s willing to explore more items—maybe we commit to a game at the launch of your next VR platform?” Kreiner suggested, alongside other ideas like a special deal for PS Plus members, or extending Sony’s company-wide license for Unreal Engine 4 (which was due to expire the next year).

Gio Corsi, Sony’s senior director of developer relations, responded saying that he liked the ideas, but the company wasn’t convinced that cross-play was a prudent business strategy.

“I appreciate the points you’ve listed in the mail, there are a lot of great ideas in here for continued partnership however [cross-play] is not a slam dunk no matter the size of [Fortnite],” Crosi wrote. “As you know, many companies are exploring this idea and not a single one can explain how [cross-play] improves the PlayStation business.”

Later that year, after pressure from Epic and fans, Sony relented and allowed Fortnite cross-play on PlayStation, just as Microsoft and Nintendo had already done. However, we don’t know exactly how the agreement panned out, including whether a VR game from Epic was part of the deal.

Without more information, it’s tough to guess which way things went. By 2018 PSVR was still doing fairly well, and it wasn’t until 2021 that Sony announced a next-gen PlayStation VR headset in the works. Still, Kreiner’s suggestion of a VR launch title suggests Epic had some inkling that a new PSVR headset was somewhere on Sony’s roadmap, even back in 2018. A new VR game from Epic would likely need one to three years of lead time for development; depending upon the timeline, it’s possible that such a game is actually in the works.

On the other hand, Sony may not have been certain in 2018 that there even would be a “next” VR headset. Unless their VR roadmap was already set in stone at that point, they may not have wanted the Fortnite cross-play deal to hinge on a headset that the company had yet to commit to building.

Only time will tell if anything VR-related came from the cross-play negotiation, but since then Sony and Epic have only gotten closer—a lot closer. In 2020 Sony invested $250 million in Epic Games, and quickly followed on with an additional $200 million last month. Shown on the Rift ‘HD Prototype’ that followed the DK1, Epic adapted their ‘Elemental’ tech demo to be viewed through a VR headset. With no motion controls or positional tracking—and VR locomotion hardly worked out at the time—this was primarily a visual demo. Making its debut on the Rift ‘Crystal Cove’ prototype—the first with positional tracking—Epic combined their ‘Elemental’ and ‘StrategyGame’ tech demos into a VR demo which had a player sitting on a stone throne in front of a fiery demon. Between the two was a table of miniature enemies running around a cave-like environment. For the first time, thanks to the new hardware, players could lean into the table to see the tiny characters up close. Shown during the debut of the Oculus Rift DK2, Couch Knights put players in the body of an avatar sitting in a contemporary room. The player then controls a tiny cartoonish night who can run around the room and do battle with an opposing player’s knight, or even jump in the lap of the enemy’s avatar. Shown alongside the first reveal of the Oculus Rift ‘Crescent Bay’ prototype, Showdown adapted elements of a non-VR UE4 tech demo into an epic slow motion scene with bullets, debris, and explosions aplenty.

This collaboration between Weta Digital, the VFX studio behind Lord of the Rings, and Epic adapted assets from The Hobbit: The Desolation of Smaug (2013) to transport you players deep into the halls of Erebor to face the mighty dragon himself. Epic’s first public tech demo to accompany the Oculus Touch controllers, Bullet Train introduces teleportation and weapon wielding mechanics. Players zoom around the battlefield by teleporting from one node to a next with the ability to shoot in slow motion and even grab bullets out of the air to throw them back at their originators, like a badass superhero.

Although Epic hasn’t released any VR content lately, the company was early in pursuing the new technology and released six VR tech demos between 2013 and 2015, ahead of the release of Robo Recall in 2017.