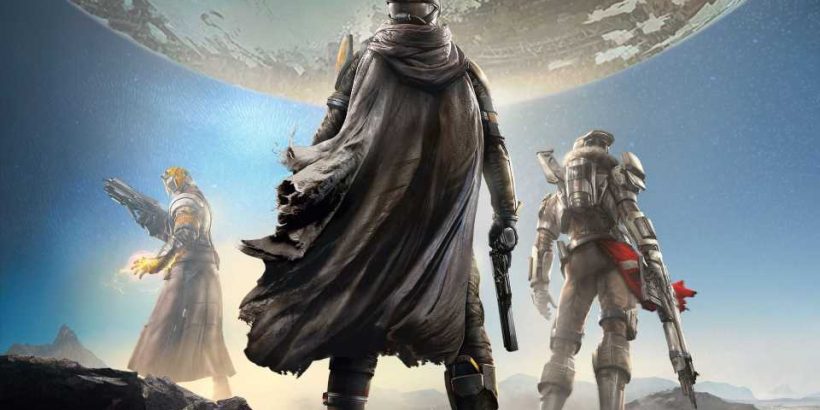 Jason Jones is the co-founder of Bungie, the legendary gaming studio behind franchises like Halo and Destiny. In a pre-show interview ahead of today’s Destiny 2 Showcase, Jones professed a sincere belief that AR and VR (XR) technology is going to radically disrupt smartphones and TV hardware.

As a co-founder of Bungie in 1991, Jason Jones has been with the company for 30 years, and has played a significant role in the development of every game under the studio’s banner. Now as the company’s Chief Vision Officer, it’s no surprise that he’s got a forward-looking take on the future of computing.

In an fireside chat published today (timestamped video link) Jones said he’s “100%” sure that XR is going to be a disruptive technology. “AR is gonna be the thing that displaces mobile [phones]. I’m so sure of that. I’m so sure we’re all going to be wearing [AR] glasses. And all the TVs are gonna go in a landfill. All those [TV] companies are going to go out of business. All the cracks in our ceiling are going to get fixed in our glasses. So many people are going to end up with virtual pets and [AR] windows out to the Taj Mahal or the Eiffel Tower,” Jones said. “Maybe it’ll be… 20 years? I think it’s gonna be a lot sooner than that, and I think it’s going to be really interesting.”

While Jones said “AR” as a matter of simplicity, it was clear that he was implicating VR too when talking about TVs becoming software rather than hardware.

“…what’s going to happen is people are gonna throw away their TV and have a way bigger TV [via AR glasses], or they’re gonna go to a totally virtual space that has a bigger screen [via VR glasses].”

To Jones’ point, in the future it’s likely that AR and VR capabilities will merge into the same devices, as we’re beginning to see with headsets like Quest 2 and LYNX.

Despite his bullish take on XR disrupting smartphones and TV hardware itself, he doesn’t believe the technology will disrupt the way that people primarily play games today.

“I don’t think what’s gonna happen is there’s gonna be a whole new slew of games that can only happen in AR. I mean there’s definitely gonna be some,” Jones said. “[…] And they might play some tabletop or strategy games in a different way, but I think people are always going to be playing first-person shooters with some kind of input device on a virtual window in their visual field.”

Because of the performance requirements for XR, Jones believes that local compute will always be necessary, even if thin clients powered by cloud streaming for traditional gaming catch on.

“[…] the other interesting thing about AR is that if you have AR, you have to have local compute, because you need high framerate, you need to be able to render all kinds of crazy stuff like right there, like within two feet of your body,” he said. “Which means I think that all the cloud [streaming] stuff—[which is] totally gonna happen, absolutely gonna be a thing—but we’re not gonna transition fully to thin clients.”

Jones also predicts that there will initially be widespread denial and criticism of AR before it inevitably becomes mainstream.

“And when [AR starts to catch on], the reason that you’re gonna know that it’s gonna take over the whole world—is that everybody is gonna laugh at it. Everybody is gonna think it’s ridiculous,” said Jones. “When the iPhone came out, the stuff that people were saying to not admit that they were holding a chunk of the Sun in their hands that was going to change the world… the stuff people said was ridiculous. And people are gonna do that again [with AR.”

Jones stopped short of saying that Bungie is specifically working on anything related to AR or VR, but summarized his conviction by saying “AR displaces mobile, like 100%.” As the company’s Chief Vision Officer, it’s not hard to image he’s certainly thinking about where Bungie fits into that future.

And he’s far from the only tech veteran to hold this belief. Facebook, Microsoft, and other major tech companies are investing hundreds of millions if not billions jostling to both manifest and lead the emerging XR market.