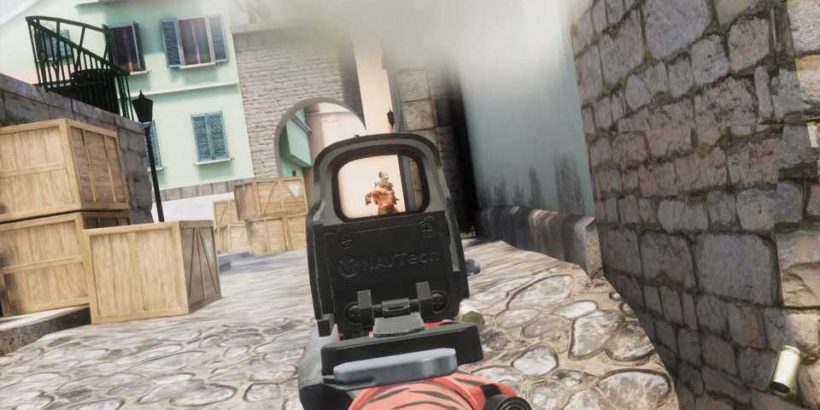 Alvo, the long-awaited team VR shooter ostensibly modeled after Valve’s CS:GO, is officially headed to PSVR on PS4 and PS5 on next week.

The game, which was announced back in 2017, initially aimed to launch in 2018. The wait is almost over for PSVR owners though, as the game is headed to PS consoles on April 13th, 2021.

Alvo is set to launch on PSVR for $40, however for the first two weeks after launch the game will benefit from a 25% introductory PS+ discount.

Check out some fresh gameplay in the release date reveal video below:

Developing studio Mardonpol says the game won’t feature any PS5 graphical improvements at launch, however it’s on the to-do list.

The game’s release on Steam is set to come alongside its Oculus Store launch, which will include support for Oculus Quest and Oculus Rift. There’s no clear launch date for those platforms yet, however Mardonpool says it should arrive sometime in June, including cross-play.