The technology underpinning Lightmatter’s platform — photonic integrated circuits — stems from a 2017 paper coauthored by Lightmatter CEO and MIT alumnus Nicholas Harris that described a novel way to perform machine learning workloads using optical interference. Such chips require only a limited amount of energy because light produces less heat than electricity. They also benefit from reduced latency and are less susceptible to changes in temperature, electromagnetic fields, and noise.

According to Lightmatter, Passage offers a fully reconfigurable connection topology between chips, ostensibly reducing the cost and complexity of building heterogeneous systems. The interconnect packs 40 switchable photonic lanes into a space that traditionally supports one optical fiber, enabling chip-to-chip speeds exceeding 1Tbps at a latency of 5 nanoseconds across an array of 48 chips. (Lightmatter says these measurements were achieved on hardware in its lab.) Today, most server processors communicate with each other via optical fibers at speeds of around 400Gbps. 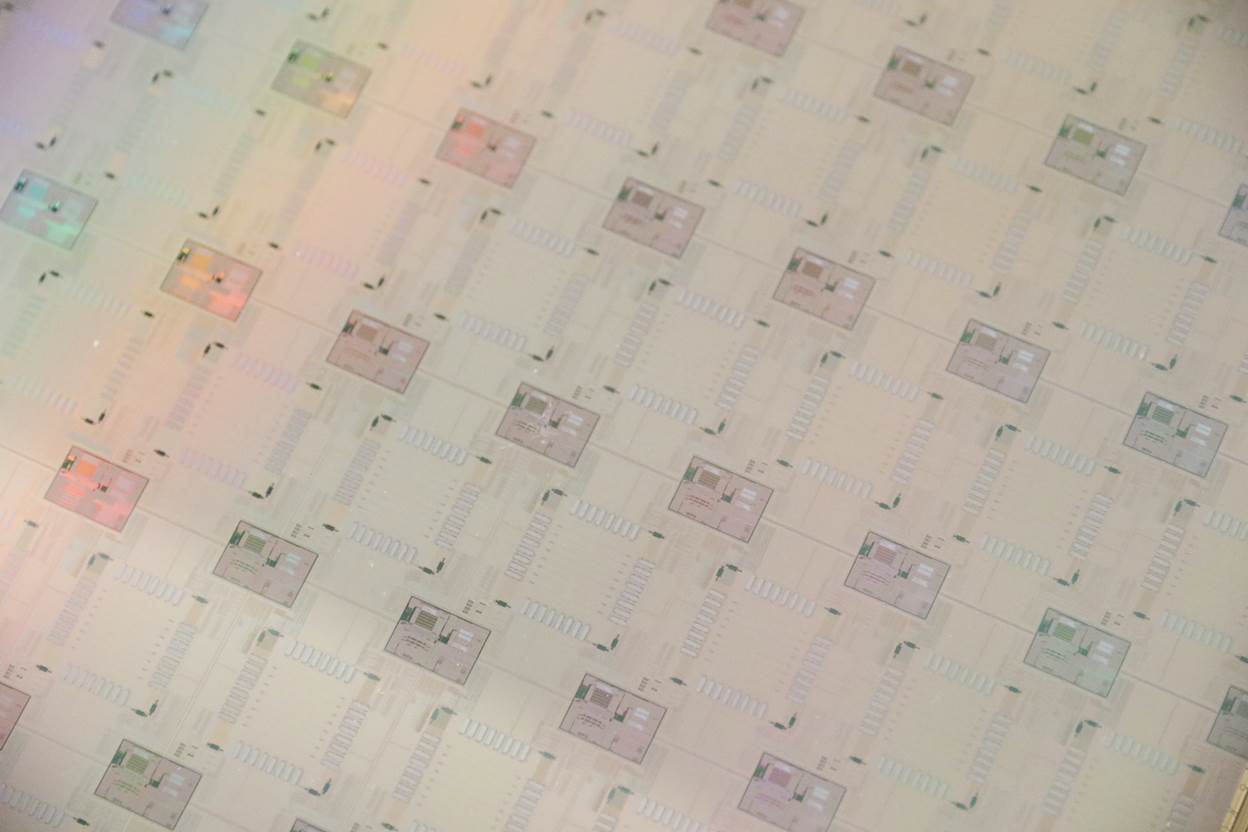 Harris notes that Passage is chip-agnostic, so customers could put AMD and Nvidia hardware on top of Passage and see a 100 times increase in compute performance. He also asserts that because Passage significantly reduces the energy needed to power processors and datacenters, it could theoretically power the entirety of Google Search in just one server rack.

“Lightmatter is leading a necessary paradigm shift in computer architecture needed to power the next giant leaps in compute technology while also reducing the negative impact on our planet of rapidly growing state-of-the-art, yet inefficient, compute and communications solutions,” said Harris. “Modern compute workloads call for system-level performance. With Passage, we’ve created a photonic rack-on-chip solution that enables ultra-high bandwidth interconnection between different kinds of chips while simultaneously reducing cost, complexity, and energy consumption and capable of supporting the future of computing.”

Lightmatter’s hardware, which is designed to be plugged into both standard servers and workstations, isn’t immune to the limitations of optical processing. Speedy photonic circuits require speedy memory, and then there’s the matter of packaging every component — including lasers, modulators, and optical combiners — onto tiny wafers.

That may be why companies like Intel and LightOn are pursuing hybrid approaches that combine silicon and optical circuits on the same die, such that parts of the model run optically and parts of it run electronically. These companies are not alone — startup Lightelligence has so far demonstrated the MNIST benchmark machine learning model, which uses computer vision to recognize handwritten digits, on its technology. And LightOn, Optalysis, and Fathom Computing, all vying for a slice of the budding optical chip market, have raised tens of millions in venture capital for their own chips.

Not to be outdone, Boston-based Lightmatter has raised a total of $33 million from GV (Alphabet’s venture arm), Spark Capital, and Matrix Partners, among other investors. Lightmatter says its current focus beyond hardware is ensuring the test chip works with popular AI software, including Google’s TensorFlow machine learning framework.