Intel today detailed a collaboration with the ALYN Woldenberg Family Hospital and Accenture, the Neuro-Biomorphic Engineering Lab at the Open University of Israel, to develop a wheelchair-mounted robotic arm that helps people with spinal injuries perform daily tasks. In the coming months, researchers affiliated with the organizations plan to clinically evaluate and test the arm with children at ALYN.

While similar assistive technologies exist today, they’re prohibitively expensive for most of the estimated 75 million wheelchair users around the world. (Kinova’s Jaco, for example, costs $35,000.) The price reflects the cost of parts that enable the arms to adapt to new environments, which is why the team behind this new solution sourced more affordable, modular hardware.

The arm leverages Intel’s Loihi neuromorphic research chip for real-time learning, which the team anticipates will enable them to implement adaptive control to enhance the arm’s functionality. Loihi will also support the use of parts that could make the arm 10 times cheaper while reducing power usage. 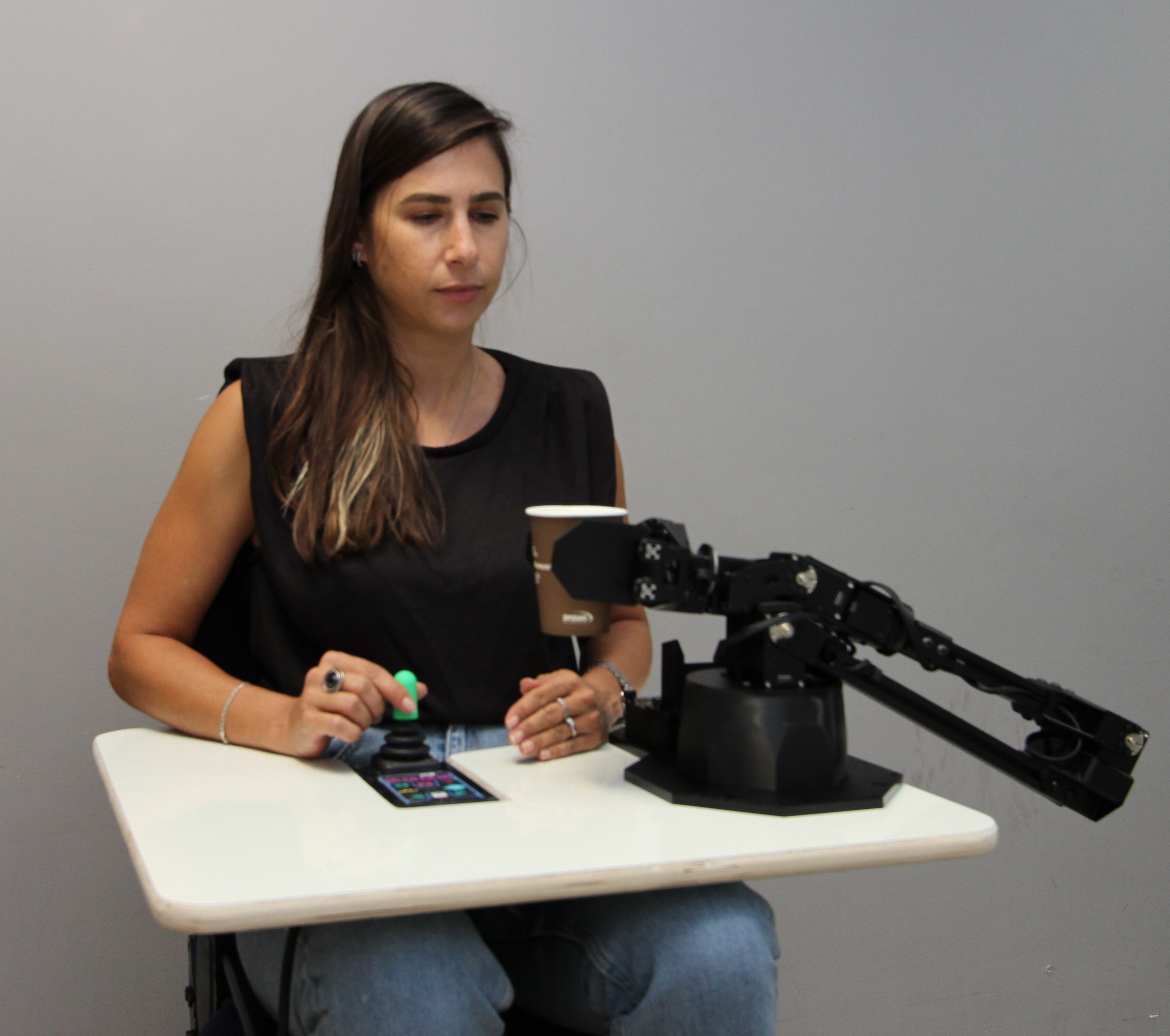 Above: An early prototype of the robotic arm.

According to Intel, Loihi processes information up to 1,000 times faster and 10,000 more efficiently than traditional processors, and it can solve certain types of optimization problems with gains in speed and energy efficiency greater than three orders of magnitude. Moreover, Loihi maintains real-time performance results and uses only 30% more power when scaled up 50 times, whereas traditional hardware uses 500% more power to do the same.

Intel hopes to leverage neuromorphic computing to develop supercomputers 1000 times more powerful than any today. Chips like Loihi excel at constraint satisfaction problems, which require evaluating a large number of potential solutions to identify the one or few that satisfy specific constraints. The chips have also been shown to rapidly identify the shortest paths in graphs and perform approximate image searches, as well as mathematically optimizing specific objectives over time in real-world optimization problems (e.g., identifying scents and interpreting tactile touches).

Researchers at the Open University of Israel and ALYN have assembled the robotic arm hardware and now plan to build the machine learning model that will control it. They will build atop an algorithm called recurrent error-driven adaptive control hierarchy (REACH), which was developed by ABR. Intel says when paired with neuromorphic chips it’s been demonstrated to move a simple arm through complex paths — like handwritten words and numbers — with fewer errors and an improvement in energy efficiency over traditional control methods. 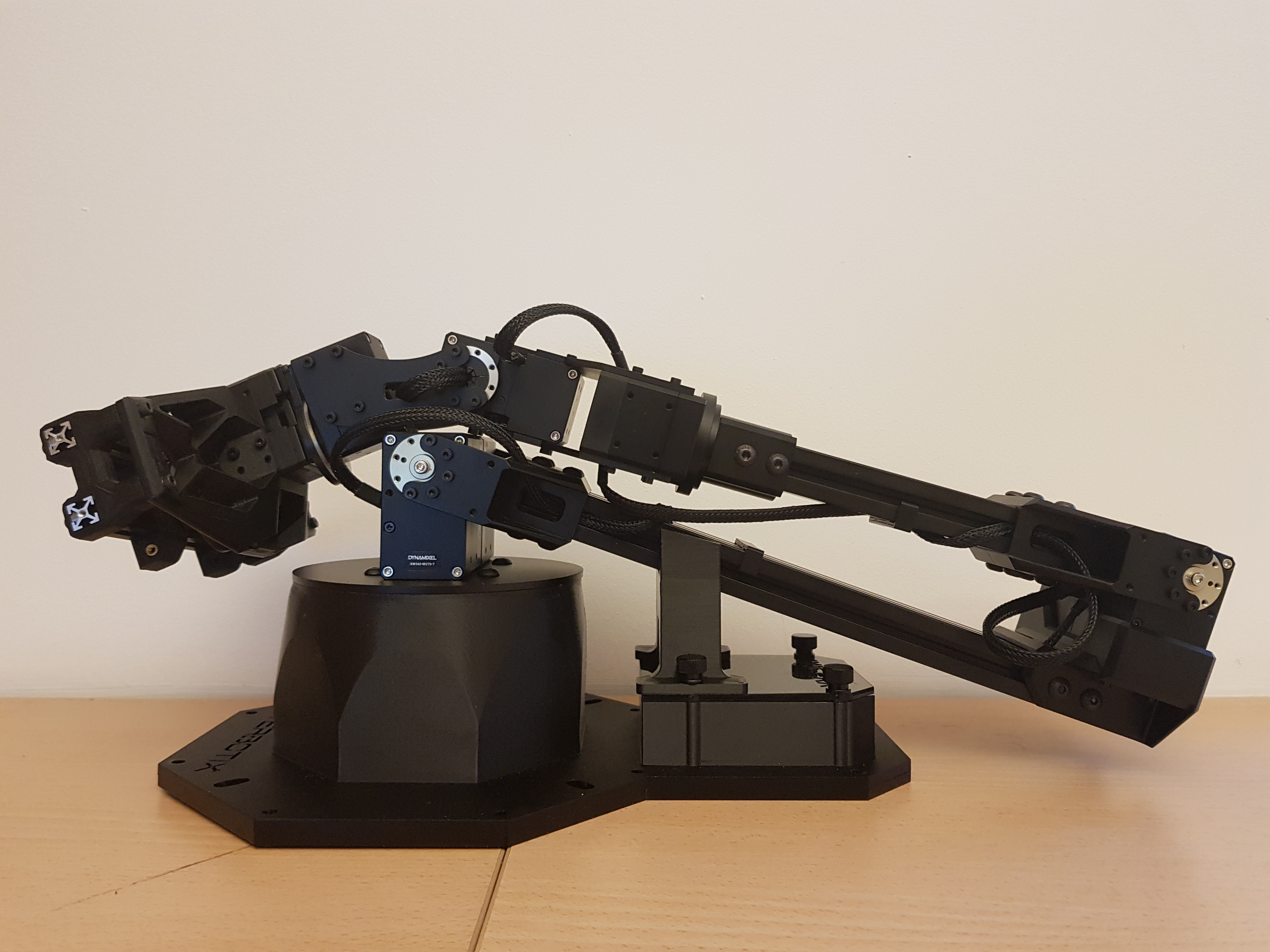 Once the algorithmic work is complete, the research team will deploy the model on Loihi and refine the arm’s capabilities. The arm will then undergo testing with patients at ALYN suffering motor impairment in their upper extremities, who will control it using a joystick that allows the researchers to collect information on the arm’s performance.

Intel notes that for those with neuromuscular or spinal cord injuries, even the most basic tasks — like drinking from a cup or eating with a spoon — can become a major challenge. Assistive robotics can address this gap. A 2017 study in the journal NeuroRehabilitation suggests wheelchair-mounted robotic arms offer users an increased sense of independence and can reduce caregiver time by up to 41%.

Scientists at Accenture and Intel will assist with the development of the algorithm, as well as providing support for the design of the study. If the project is successful, the researchers plan to explore how to mass-produce the arm and investigate applications of adaptive control technology in flexible manufacturing and industrial automation.