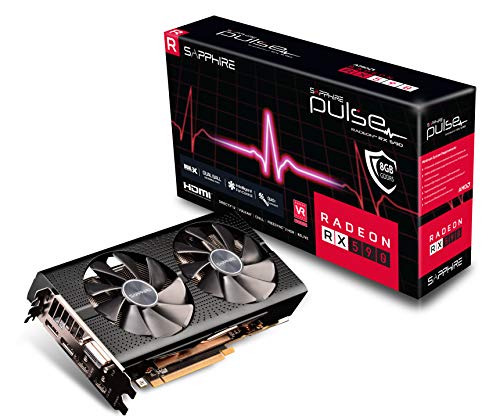 As we said in our Radeon RX 5700 and RX 5700 XT review: “Radeon Image Sharpening uses algorithms to intelligently sharpen only the areas that need it, reducing the blurriness that can pop up when you activate various anti-aliasing methods or run games at a lower resolution than your display’s maximum. Better yet, it does so with next to no performance impact.”

In practice, Radeon Image Sharpening cleans up the image when you upscale or downscale your game resolution beyond your monitor’s default. Sapphire deployed the technology to great effect as part of its Trixx Software for the superb Pulse Radeon RX 5700, effectively creating bespoke monitor resolutions below the common native resolutions in order to achieve much higher in-game frame rates, then using RIS to keep everything looking crisp. Hardware Unboxed also performed extensive testing comparing Radeon Image Sharpening to Nvidia’s RTX 20-series-exclusive Deep Learning Super Sampling technology and found that AMD’s solution both looked and performed much better.

Radeon Image Sharpening has some notable support caveats, and even more so on Polaris. It works only with DirectX9, DirectX12, and Vulkan games on the Radeon RX 5700 GPUs. That means that RIS doesn’t work in DirectX 11, the most popular gaming API in use, and the newly supported RX 400- and 500-series graphics cards can’t handle it in DX9 either. Nevertheless, we’re glad to see the technology spread its wings, especially since Nvidia added new sharpening filters in response to AMD’s onslaught.

Be sure to check out our guide to the best graphics cards for PC gaming if you’re thinking of picking up some new hardware to drive your frame rates even higher.