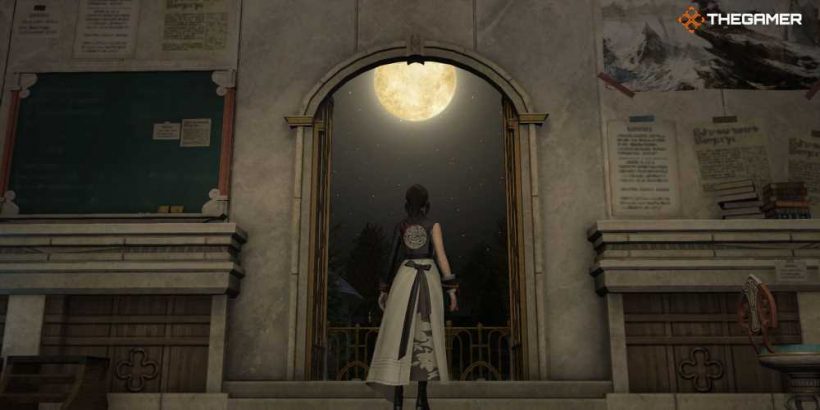 Final Fantasy 14’s Endwalker expansion has been available for a couple of weeks now, and there are already plenty of players who have beaten the 2002 error beast at the threshold enough to have successfully completed the whole of the main scenario. Unfortunately, I’m not one of those people. I still have a way to go before the end, but from what I’ve played so far, it’s already been a rollercoaster of emotion and surprises.

One thing I’ve noticed about Endwalker more than any previous expansion is that there seems to be more fan service or meme-worthy moments in the game. So many little snippets and details don’t necessarily add to the larger story or impact the game in a meaningful way, but players will love them regardless. Whether that’s Allisae taking her gherkins out of her burger when everyone is eating, or the “This is Thancred” moment, there’s plenty to make you smile.

There was one main scenario quest in particular that I have fallen in love with — ‘Returning Home’. Without spoiling anything related to the main plot, there is a cutscene in this quest where your Warrior of Light is in their room during the evening and there is a knock at the door. You are then prompted to guess who it is.

As a massive Estinien stan, I chose him straight away and didn’t even really register what the other options were. Lo and behold, when my WoL opened the door, it was my favourite Azure Dragoon waiting for me. Not only did he have his hair down again — I’m sorry, I hate the ponytail — but he was wearing casual wear too, which is a rare sight as he’s normally suited and booted in his dragoon armour. I must admit, I did have a little fangirl moment and spammed the screenshot button throughout the entire cutscene. 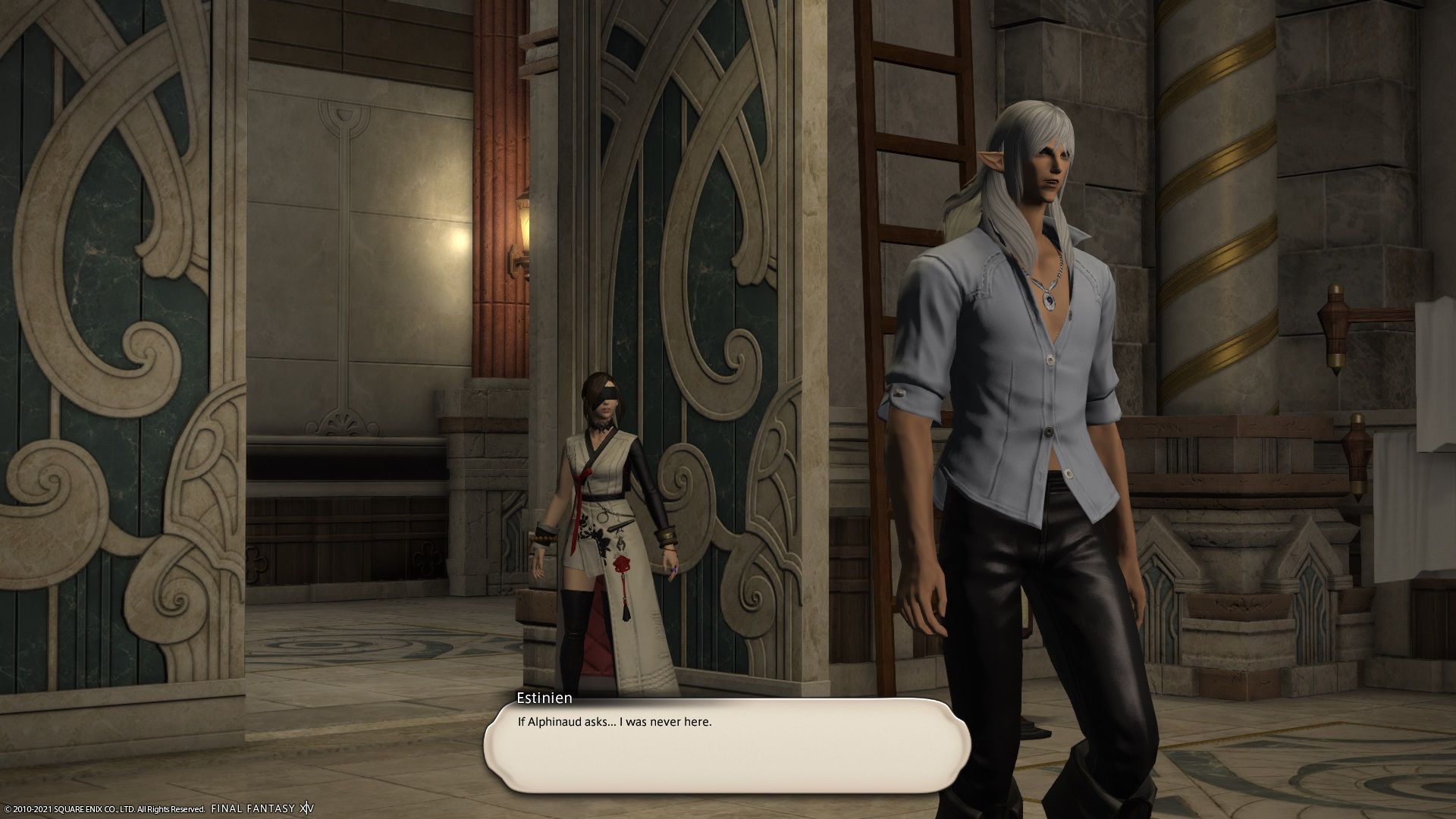 I won’t ruin it for you, as you really should replay this cutscene for yourself to see it, but the cutscene offered a sweet little conversation between the WoL and Estinien. There’s nothing majorly spoilery about it, but it’s just a cute moment you should experience for yourself.

After finishing up the cutscene, I wondered whether I was just particularly good at guessing who would rock up late at night unannounced, or whether there was more to it. So I ran into an inn room, clicked into The Unending Journey, and watched this quest cutscene again. This time, I chose Thancred to see what would happen and, as you’ve probably guessed already, it was Thancred who showed up.

I don’t recall Final Fantasy 14 ever having a cutscene like this before where you have multiple options of how it plays out, but I do have a terrible memory so perhaps I’m just forgetting. Final Fantasy 7 has an early conversation between Tifa and Cloud where your response determines Tifa’s outfit in a later scene, but even that isn’t on this scale. Either way, I immediately fell in love with it and sat there replaying it over and over with the different characters available. 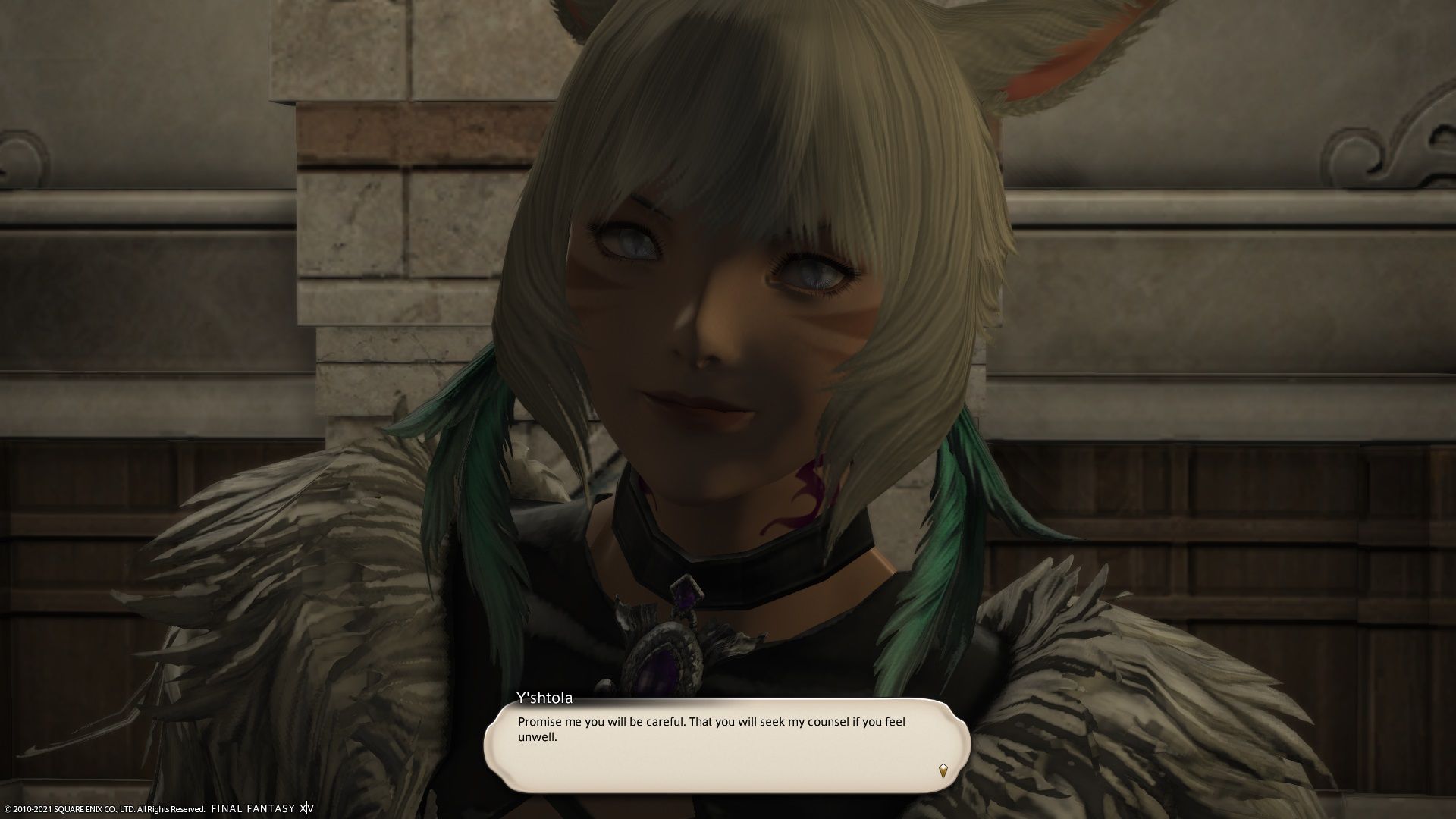 It feels like such a fan service moment, adding nothing to the overall story, but I’m not complaining about that. I love that Square Enix has included this sweet little cutscene with your character of choice. These scenes gave me BioWare romance vibes — you know, where on the eve before the game’s big finale, your romantic partner visits you for some special time. No, you don’t get it on with your favorite scion, regrettably, but there are a few lines that could be perceived as flirtatious for sure.

Having watched them all, Estinien’s cutscene is my favourite. Of course, I am biased, but also his interaction seemed a bit funnier than the others and he was the only one to get an alternate outfit for his scene.

If you haven’t already done so, I recommend you replay ‘Returning Home’ and view the cutscenes with each of the different characters. It won’t take you long. I haven’t finished Endwalker, so I’m still living in fear that one or two of my faves are going to get killed off or something — so all the more reason to treasure them in these little moments.