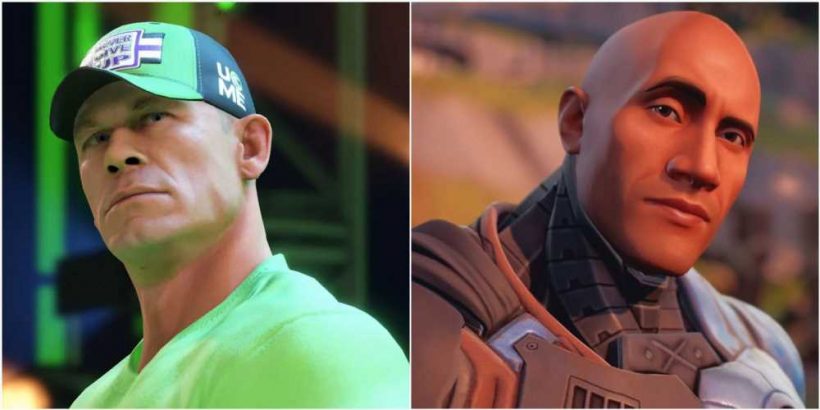 WWE 2K22 launched this month and would you believe it, wrestling fans actually seem to like it. While it hasn't blown a hole in the genre, it's a marked improvement on WWE 2K20. The new additions to the series coupled with the improved graphics, smoother gameplay, and overhauled controls have breathed new life into the 2K games, and may well have done enough to keep WWE from pulling the plug and seeing what kind of wrestling game EA can create.

With each passing WWE game, the roster seems to get even bigger, and 2K22 is no different – somewhat surprising since Vince McMahon wished more than 80 Superstars well in their future endeavors in 2021. One of the reasons WWE 2K22 will feature more than 150 playable Superstars when all is said and done is because a lot of those released wrestlers made the cut. Braun Strowman, Toni Storm, and Keith Lee are all there, alongside quite a few others, despite no longer being under contract with the company.

The choices behind who made the cut and who didn't in terms of released stars are incredibly hard to pin down. For example, Strowman was released before Bray Wyatt and Adam Cole, but neither The Fiend nor the former leader of Undisputed Era are in the game. Things get even more confusing when you realize current Superstars such as Doudrop and Zelina Vega have not been included. Doudrop and a number of other absentees will be added via DLC, but still no Vega, which is yet to be explained. 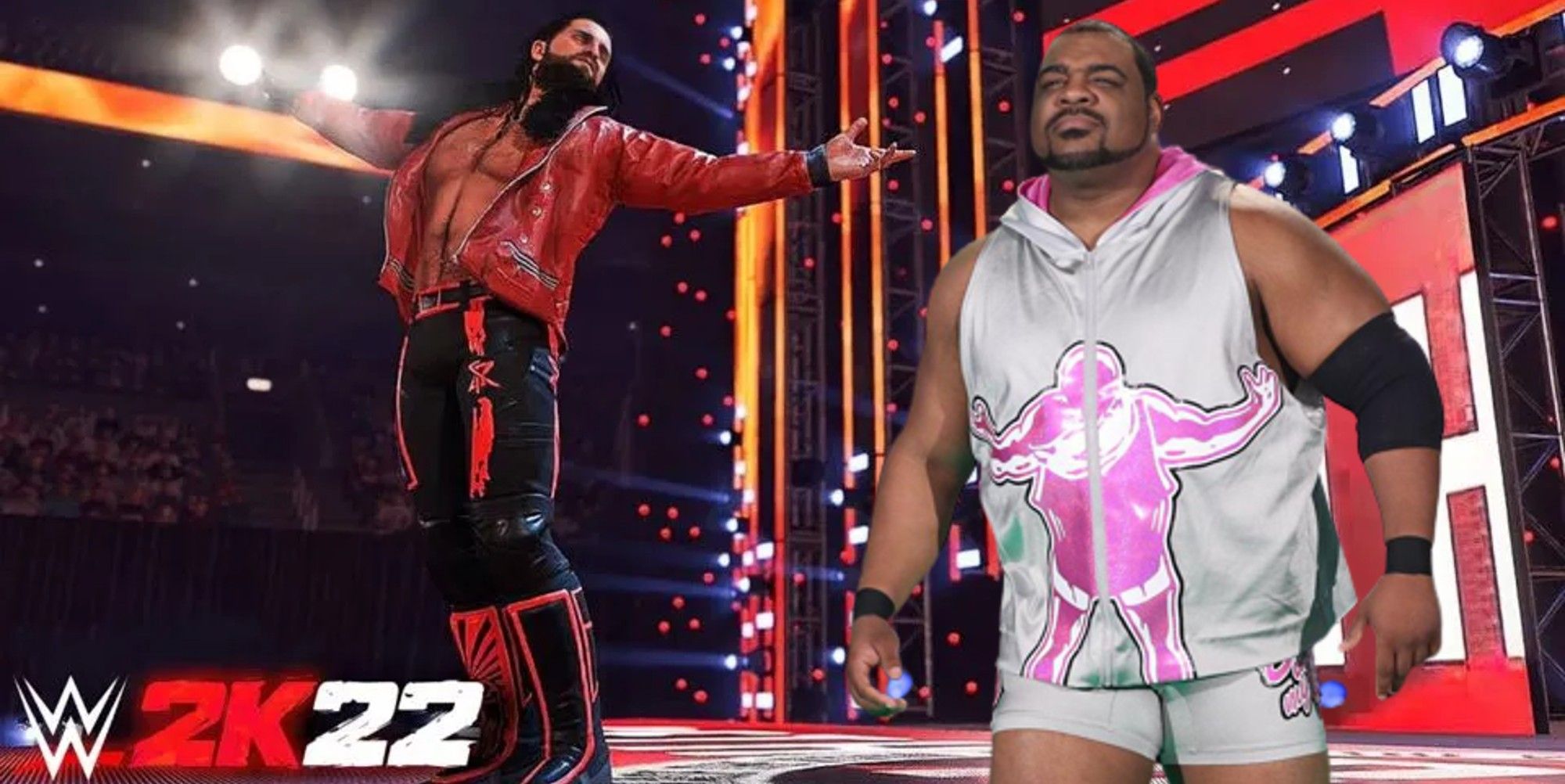 While being able to wrestle as Keith Lee in WWE 2K22 is cool, released stars on the roster, current wrestlers missing, and a somewhat bloated DLC roadmap highlights a bigger problem with wrestling games. The wrestling business, and specifically WWE in this instance, is a rather unique beast. Not only because it falls somewhere between sports and entertainment, and no one is quite sure where, but also because it does something that little else in either world does. It never stops. Sports and TV shows have seasons. Definitive endings before they start up again. WWE's season runs 365 days a year, and just across a single month things can change drastically.

Football has seasons, which is why it makes sense for FIFA to get a new installment each year. Since wrestling doesn't, having a new WWE game every 12 months doesn't really add up. What WWE 2K seriously needs to consider is adopting a live-service model. Rather than throw out 2K22 and get right to work on 2K23, it can focus on updating the roster. Yes, dropping wrestlers that have left will be annoying, but it'll be worth it if you can use a new WWE signee in-game just weeks after they debut. Hell, if 2K is kept in the loop, an update can be ready to go as soon as their music hits on Raw. Then again, another avenue down which wrestling news can leak ahead of time is the last thing the business needs.

A live-service model wouldn't just allow for an up-roster either. New arenas can be added too. New outfits, moves, championships, even PPVs. Wouldn't you have loved to be able to put together your own virtual tribute to Great Balls Of Fire right after the presumably one-time show aired in 2017? Perhaps best of all, WWE can add things to Universe Moede, MyGM, and MyRise. New branching storylines and angles that reflect fresh ideas that have happened on WWE TV. Speaking of which, NXT 2.0 has been completely ignored in the game, even though it started up more than six months ago. The development of 2K22 was too deep to add an entirely new brand and show by that point, of course. Make the game live-service and NXT 2.0 can be added whenever it's ready. Without it, 2K22 simply doesn't feel complete, no matter how big the roster might be. 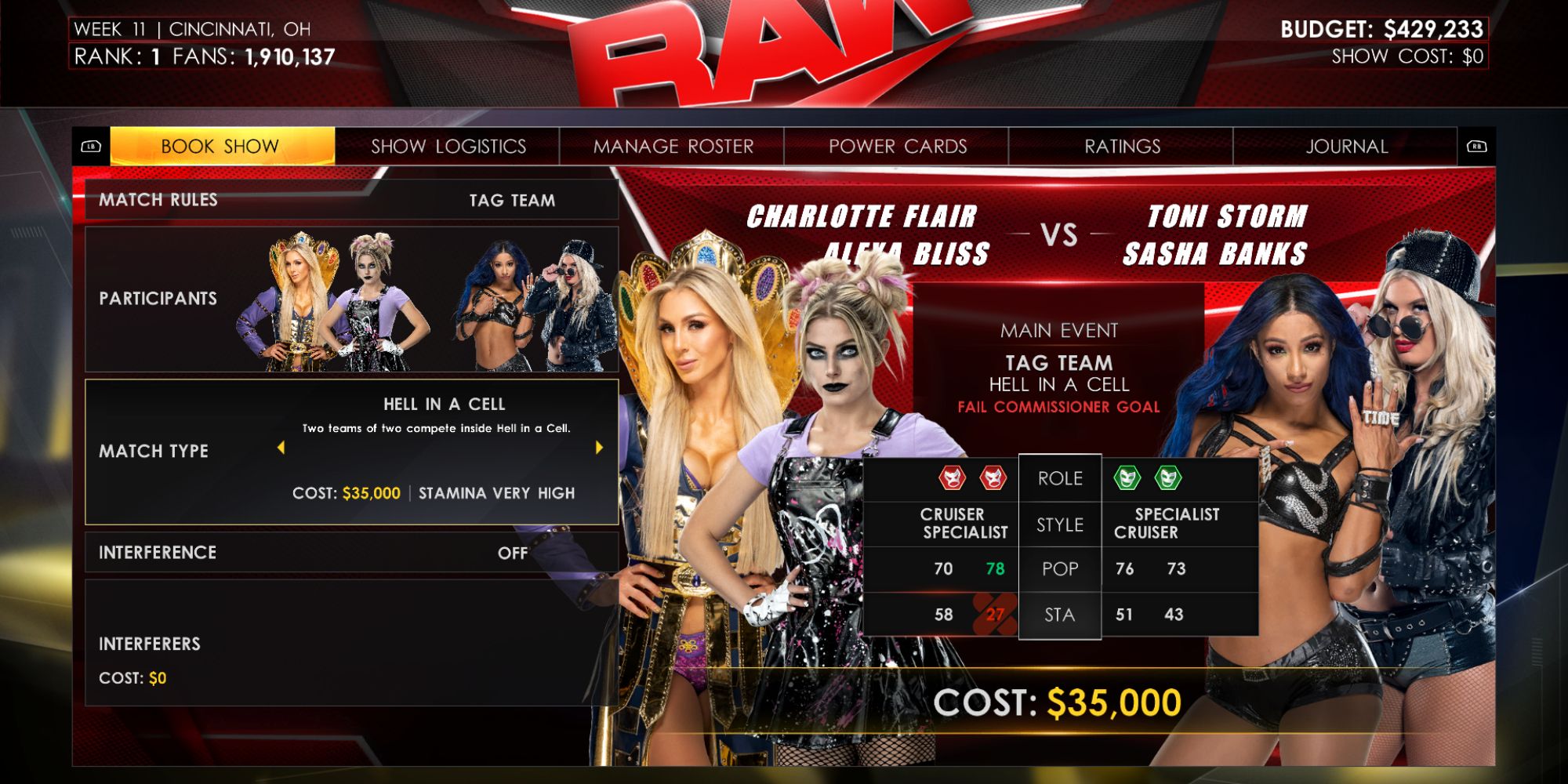 To compare WWE 2K to FIFA once again, when EA launches its games each year, the teams are set. Barring some tweaks during the January transfer window, or players needing to be removed for various reasons, nothing changes. WWE 2K, on the other hand, feels out of date by the time it arrives. Just see all the above for evidence of that. The game might be good, but it already feels like a game that launched a year ago. The roster is out of date, there's an entire brand revamp missing, and wrestlers who we've been watching every week for six months or more aren't there.

Above all else, WWE 2K leaving annual releases in the past would eliminate the risk of the debacle that was 2K20 from ever happening again. Other than tweaking the current game to add new stars and other items, while removing old ones, all the focus can go on the game that will eventually replace it. However, the release date for that game can be completely open-ended. The only reason the live-service game would ever need to be updated is to improve how it looks and how it plays as technology advances. For now, we will have to settle for the roster we have and the DLC that's coming. When Cody Rhodes shows up the night after WrestleMania – you know it's going to happen – you'll have to rely on create-a-wrestler to relive that moment in 2K22, because he won't be playable in a WWE game until at least WWE 2K23.