World of Warcraft’s Shadowlands pre-expansion patch made fundamental changes to the process of leveling characters. Not only has the level cap been reduced from 120 down to 50 (60 when Shadowlands releases), but the time it takes to level a character has been drastically reduced. What’s more, the new Chromie Time feature allows new characters to play through an entire expansion while all of the enemies continuously scale to your level no matter where you’re questing or what content you’re engaging with. If you haven’t checked in on WoW in a while, you’ll likely find that the level squish has streamlined the game considerably and that the pacing and presentation has enhanced the experience of playing every single class. If you haven’t played WoW at all, there’s never been a better time to try it out.

Chromie Time is a fairly straightforward system. After leaving the new starting zone, Exile’s Reach, at level 10, players will be directed to Chromie and given the option to select one of the six previous expansions to play through (not including the most recent expansion Battle for Azeroth, for now). Choosing an expansion will automatically teleport you to that expansion’s introductory quest and you’ll be free to play and explore all of the content in the chosen expansion until your character reaches max level, at which point Chromie Time will automatically end and you’ll be brought back to your faction’s capital city to begin working on the most current content available. 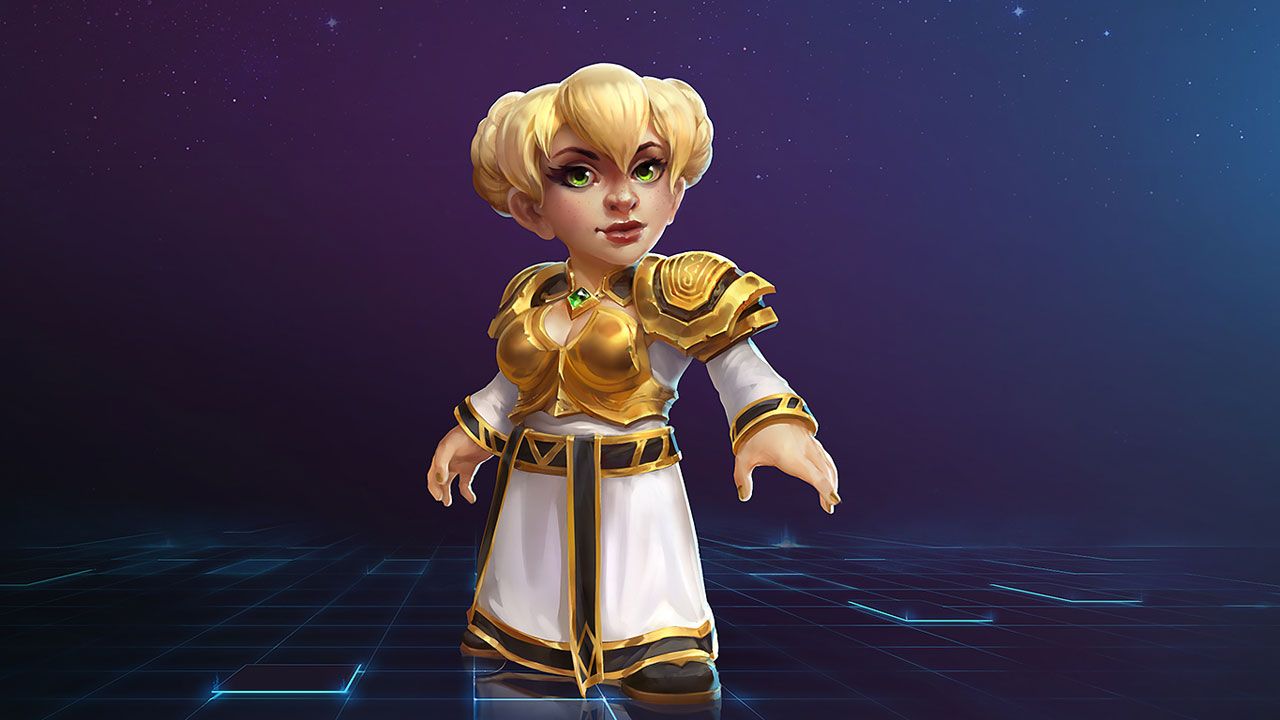 Depending on which expansion you choose, it’s possible to reach max level in as few as 12 hours. This is absolutely unheard of in WoW. When WoW first launched (and in Classic WoW) it took around 240 hours to reach the level cap, which was/is level 60. Playing an average of two to three hours per day, this would take players around two or three months to do. After 15 years of expansions and a lot of iteration and tuning, leveling to 120 — the max level before the level squish — still took inexperienced players around 80 hours. What took you weeks if not months to do can now be done in a weekend. That’s a significant change and one that has had a huge impact on the way people engage with WoW.

Suddenly, the entire game feels so much more alive with players — and not just in the zones where the newest content is available. Leveling alts is so fast and convenient now that many, myself included, are investing in multiple toons to get ready for Shadowlands. It’s a much better experience for both new players and their friends, as well. We all want to bring new players into the game, but working through antiquated content with a noob for 60-80 hours can be a burden that takes valuable time away from more ambitious current-content pursuits. For the new player, the prospect of spending weeks just trying to max level before you can start working on progression content like mythic dungeons and raids with your friends can be daunting, if not a deal-breaker. Now, not only is it a treat to level an alt with your noobie friend, it takes barely a fraction of the time to get them caught up and ready to grind mythics.

It’s not just about the speed of leveling though. The entire pace of leveling has been reworked for every class. New spells are rewarded at practically every level and the order in which they’re given is exceptionally well thought out. Blizzard has really refined the learning curve under this new system in a way that makes the process really easy to understand, and keeps the player always feeling powerful.

New characters up to about level 20 are way overpowered, but for good reason. Those early levels when you have the fewest spells to work with can be a bit of a slog usually, but now you can absolutely tear through quests and dungeons while you learn the basics of each class without worrying at all about failure. As new spells are unlocked and playing your class becomes more complicated, the difficulty increases — but the experience continues to be incredibly satisfying.

Since the patch started, I’ve now leveled up a Rogue, Death Knight, and Hunter — two classes I’ve never played before and one I have a lot of experience with. Each one had a very similar flow from discovery to mastery with practically every new spell learned. Just when I felt like I had a handle on my rotation, I’d level up and learn a crucial new spell that changed up the entire way I’d play the character. The next level I’d earn a passive that unlocked a ton of power and potential, and it would go back and forth like that until reaching level 50. By level cap, I felt like I had complete control over each class’ playstyle due in no small part to the pacing and presentation of the leveling process. 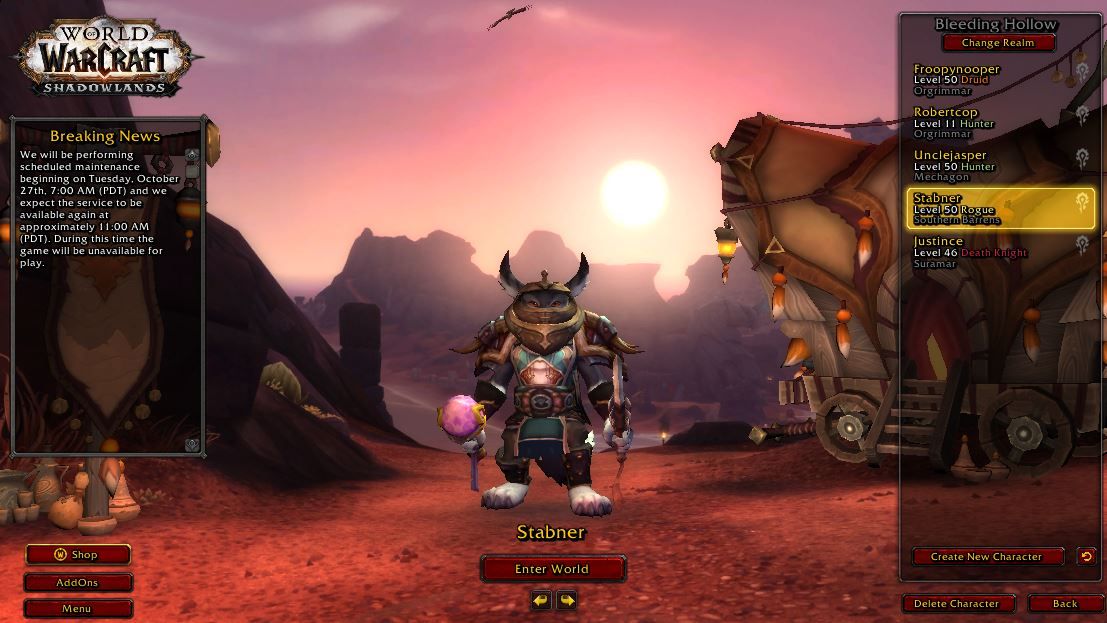 Chromie Time is a godsend for re-experiencing older expansions or even playing them for the first time. Rather than jump through the history of the game chronologically, spending only a few levels in each expansion, you can stick to one era of the game and really get a sense of what each continent is like — not to mention you can get a much better sense of the story beats now. Although there is some disparity between the time it takes to level in each expansion, I’ve selected a different one to level in with each new alt and had a wonderful time playing through these zones again with fresh eyes.

If not for upcoming games like Destiny 2: Beyond Light, Cyberpunk 2077, and next-gen launch titles like Spider-Man: Miles Morales, I’d be working to level up one of every class in the game. That’s still a long term goal I have now that leveling up is so fun and easy, but it’s not something I ever considered possible, or even desirable, before.

Unlike previous expansions, Shadowlands doesn’t come with a max level token that allows you to create a fresh character at the pre-expansion max level (in this case, level 50). If you want the token that used to come for free, you have to purchase either the Heroic or Epic editions which cost an extra $20 or $40, respectively. Despite having to pay extra for something that used to be free, there’s been virtually zero backlash in the WoW community over it — a community notoriously critical of Blizzard’s monetization practices.

I think the reason for this is that the leveling process is so much fun now that no one really minds not getting a free token. Blizzard devalued the token by drastically lowering the time it takes to level, and on top of that, leveling is so much more fun now than it’s ever been before. I’m not planning on buying the token because it’s one less class I’ll have the privilege of leveling myself, and I never thought I’d say that about leveling a toon in WoW.

READ NEXT: WoW: Chromie Time Has Caused A Big Problem With Dungeon Finder 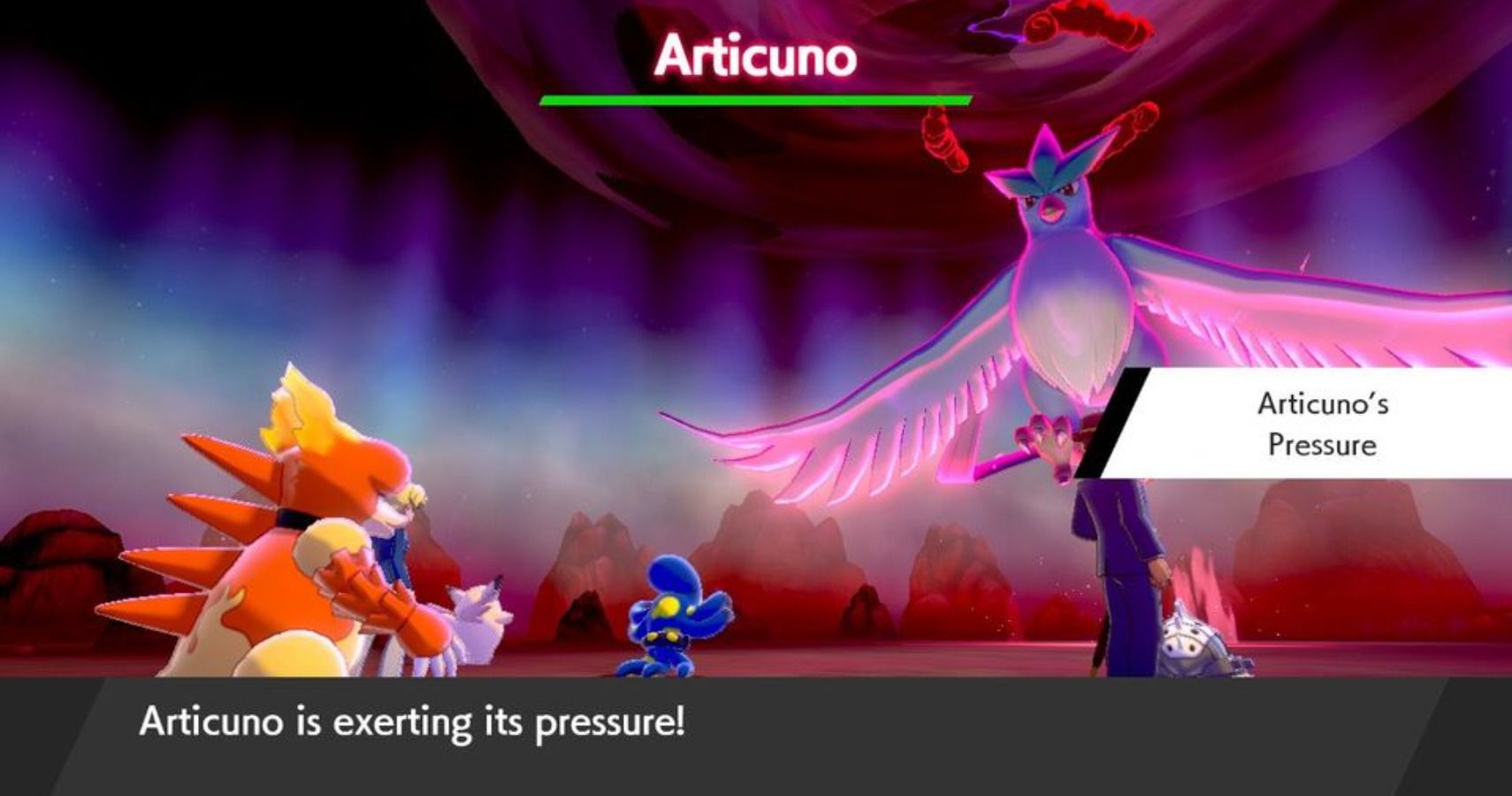