Despite the fact it’s still routinely played and popular enough to be given away as a freebie to new PS5 owners, Grand Theft Auto 5 is over seven years old. Sure, Rockstar has updated GTA Online to the point that it’s practically an entirely different game on its own, but it’s still a long time to go without an official new entry.

For the next installment of Rockstar’s money-making, car-stealing franchise, there are features both old and new that we’re hoping will be implemented. Here are just a few of the things I want to see when I load up GTA 6 for the very first time.

A New Town And A New Time 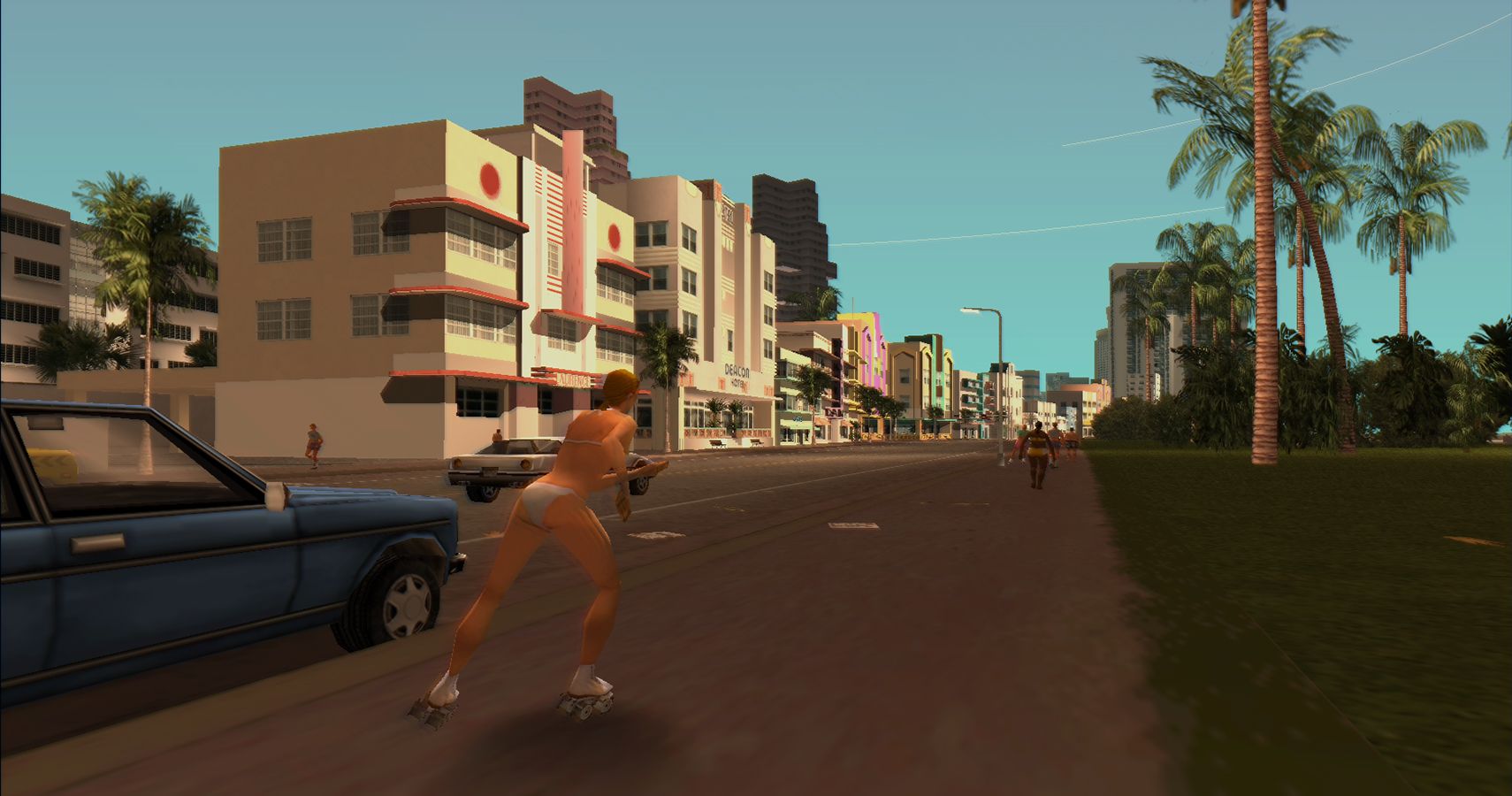 For the past few GTA titles, Rockstar has stuck to two locations: Liberty City and Los Santos. The last new place we visited was Vice City, and we haven’t gone back there since the days of the PS2 and the PSP.

It’s easy to see why Rockstar keeps reusing these spots since they represent two of the biggest cities in the US, but it’s time for someplace new. Maybe we could visit somewhere that’s a stand-in for another major metropolitan area in the United States, like Chicago or Dallas. That would also give Rockstar a chance to make fun of some new accents, which I’m sure it would love. Or the studio could opt for a whole new state. Every GTA gets bigger and bigger, so why not just make the game take place in the entirety of Florida or Nevada? It doesn’t even have to be in the US at all. They could take the series out of the country and place it somewhere completely different. Who doesn’t want to play a GTA that takes place on the mean streets of Saskatoon?

Aside from that, I wouldn’t mind seeing a new time period explored. Let’s face it, trying to satirize or parody our current era is pretty redundant, as real life is way more absurd than anything a GTA game could cook up. Moving the setting to sometime in the past could be great, because it would mean that Rockstar wouldn’t have to try to create something wilder than reality, and we could get a healthy dose of nostalgia to boot. This could mean revisiting the 80s or 90s, going as far back as the 60s or 70s, or  even just heading to the 2000s since that’s now two decades ago (oh God, I’m so old). Hell, maybe it could even show us what crime looks like in the distant future. That way it could justify giving us flying cars and laser rifles.

A Good Story (And Maybe A Female Protagonist?) 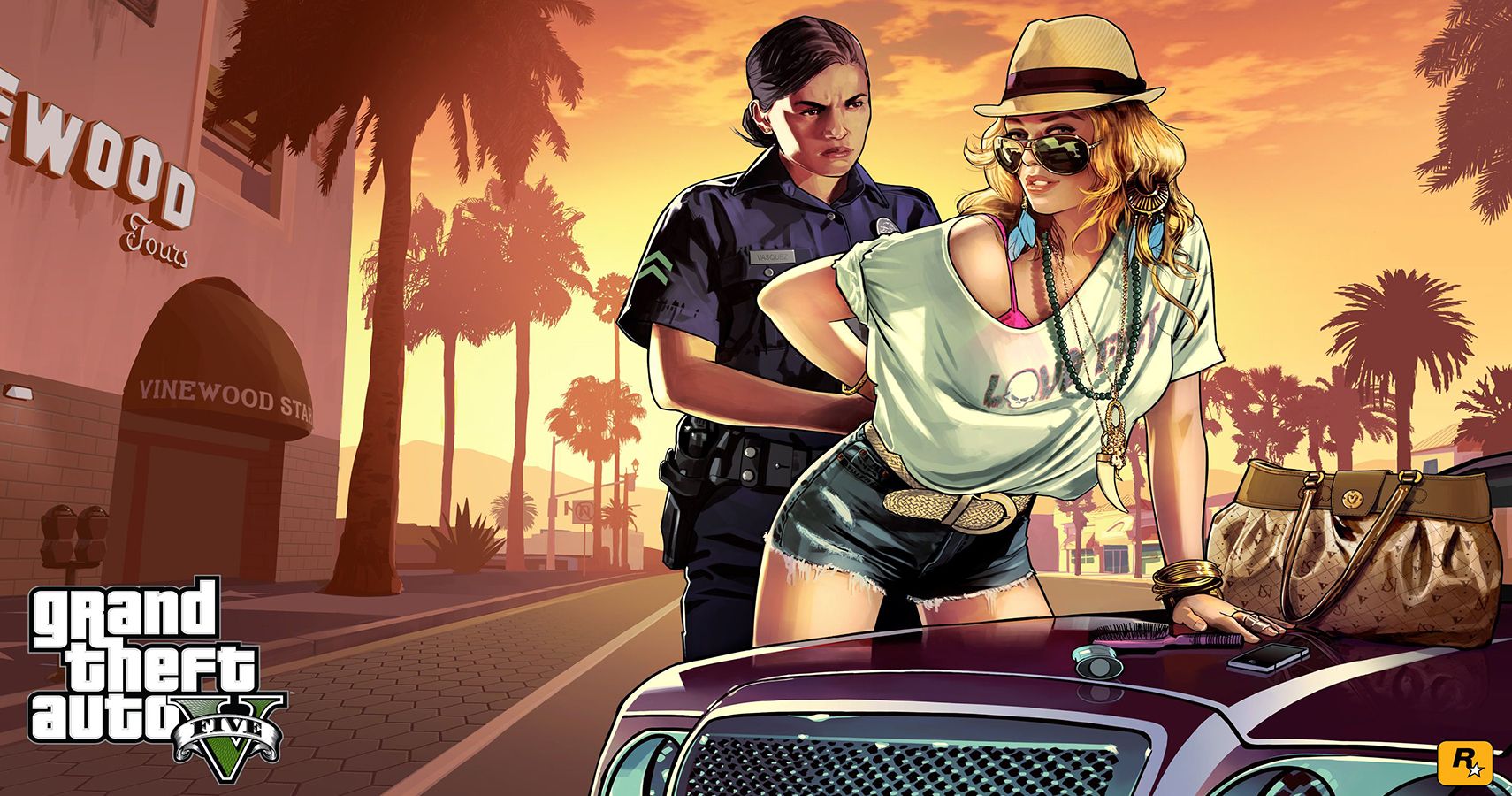 When you look at the majority of stories across the GTA games they tend to follow a similar formula. You start out as a low-level crook who is either at the beginning of their crime career or has fallen on hard times. You do some simple jobs for some important people that you usually end up killing at some point. Before you know it, you’ve murdered your arch-enemy and ascended to the top of the criminal food chain.

GTA 5 switched things up a bit by having its narrative involve three different protagonists, but it still mostly adhered to this outline. A fresh new spin on the classic GTA plot would be much appreciated for a new sequel. Perhaps you could switch between a cop and a longtime criminal who are forced to work together. Or you could be the child of the head of a major crime family who’s been thrust into the leadership role after your father is murdered.

Whatever the story ends up being, it sure would be nice to see a female protagonist for once in the series. To date, women haven’t been able to commit wanton murder and mayhem as the main character of the single-player campaigns. The option to play as a male or female ala the recent Assassin’s Creed games would be refreshing. Rockstar could even make the lead fully customizable. Of course, that would require it to make a better character customization system than the awful one they use for GTA Online.

Plenty Of Things To Do In The City 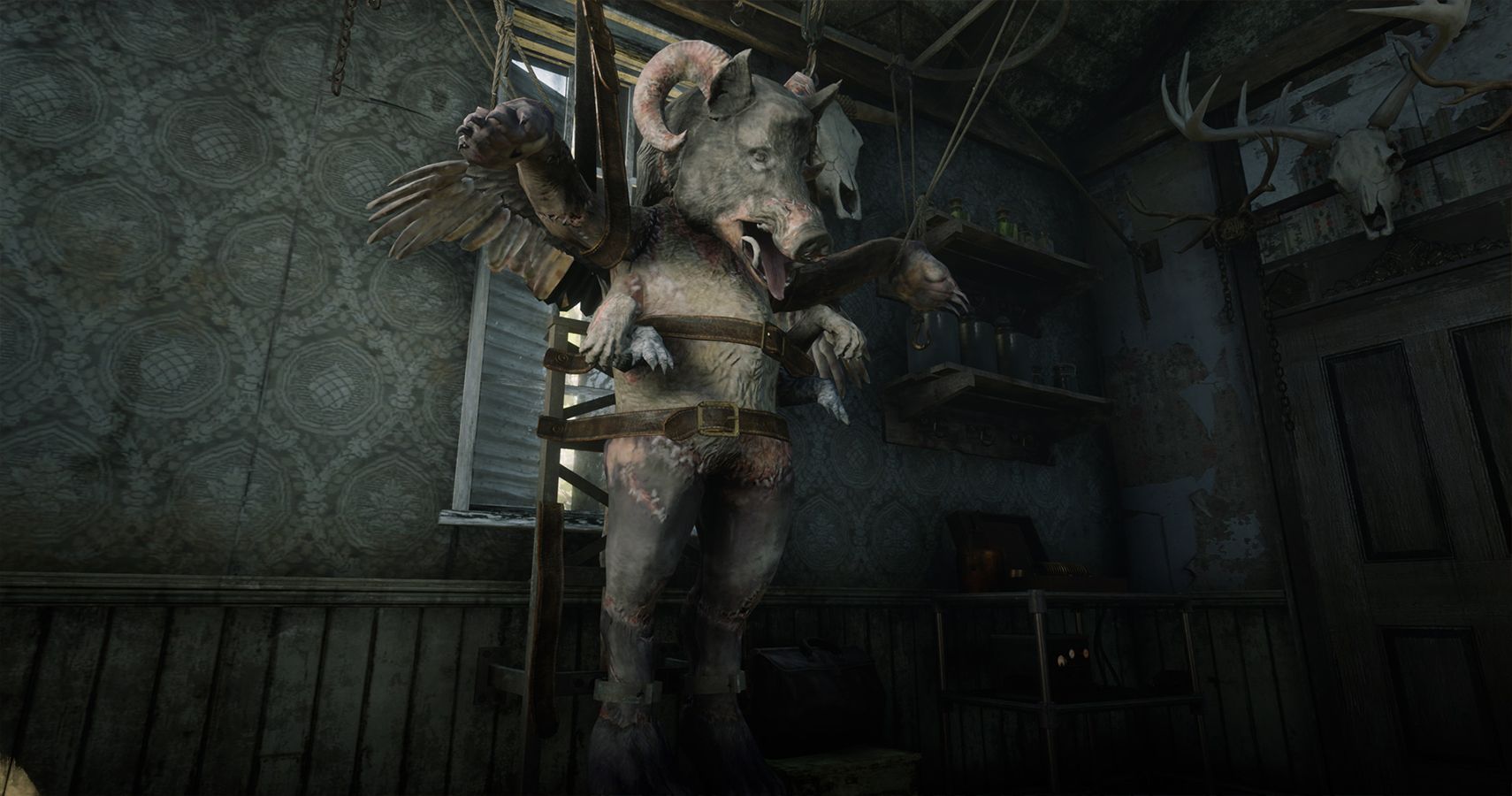 One of the best aspects of Red Dead Redemption 2 was the feeling of exploration. I spent countless hours just riding my horse through the world and discovering strange, random Easter eggs. There was a house you could enter where a family had been crushed by a meteorite. You could come across a cave with a giant you could have a conversation with. And who can forget the horror of accidentally running into The Night Folk in the swamps of Lakay?

These kinds of weird little encounters made Red Dead feel like a truly open world. There was this sense that you could go anywhere and something bizarre could happen at any time. GTA 5 did have random things that could happen, but they never felt as organic as they did in Red Dead 2. The feeling of mystery and occasional dread from wandering around the landscape is something I would love to have in GTA 6. I want to stumble across random murder scenes or underground casinos that I couldn’t have possibly known about. Or run into someone who turns out to be a lizard person. Just throw in some weird stuff and don’t tell me about it. 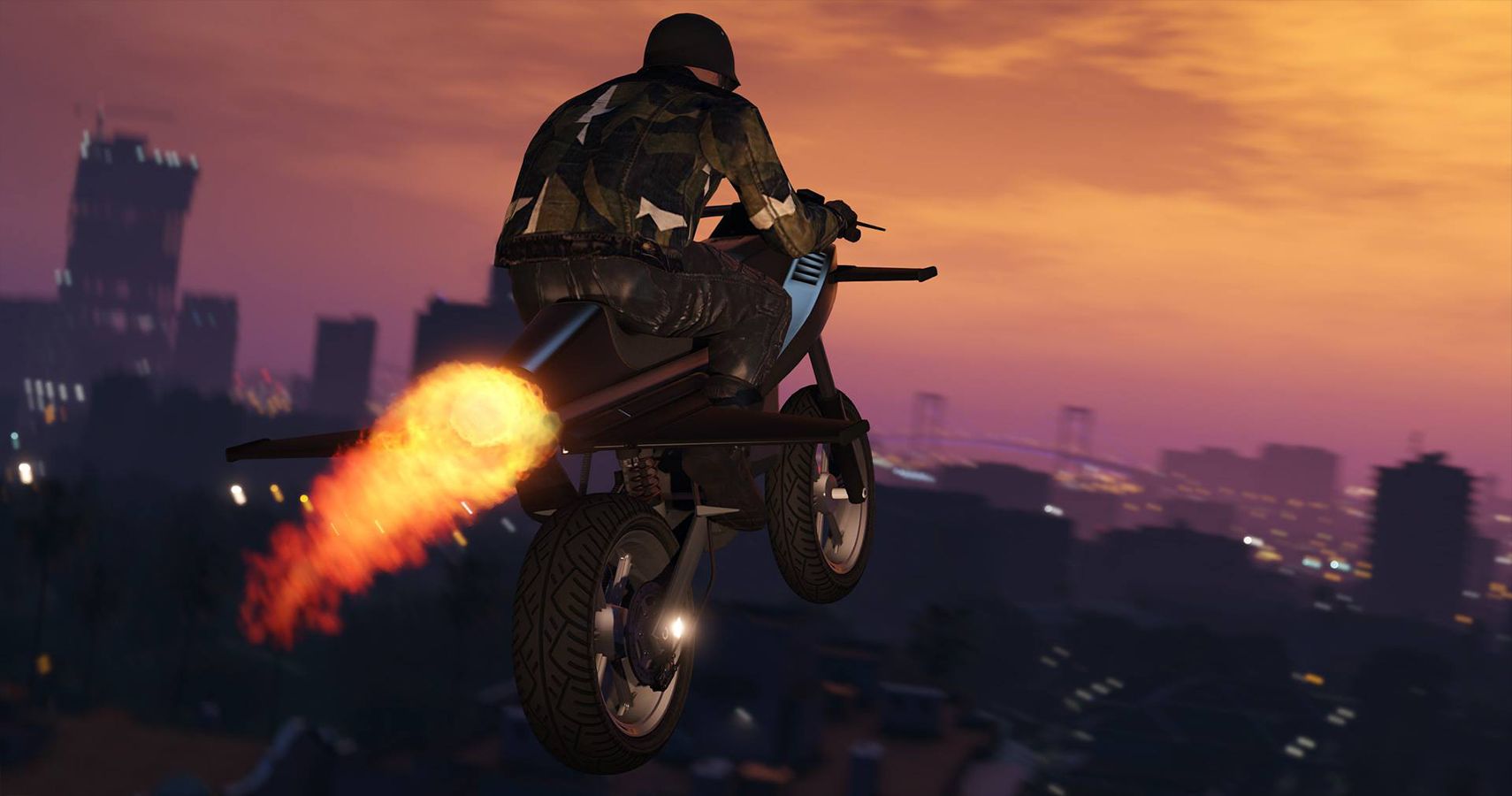 When I turn on a Grand Theft Auto title I want a good deal of silliness. Don’t get me wrong, I appreciate these games when they tell a good story. But whenever GTA tries to venture into serious storytelling territory, it’s always let down by the ludonarrative dissonance that comes with actually playing the game. One second you’re watching Niko deal with the struggles of living the American Dream, the next you’ve stolen a cop car and ran over a hot dog vendor. Let Red Dead Redemption be the place for contemplative, emotional storytelling. GTA is where I want to blow up buildings with a rocket-firing helicopter.

Rockstar decided to put all of the zaniest content into GTA Online while the single-player campaign remains somewhat grounded in reality. You get the occasional UFO or wild drug trip here and there, but you never get to drive that flying motorcycle without dedicating hours to grinding — or spending real-world cash — in the online portion of the game.

I’m not suggesting the series go into full-blown Saints Row madness — not that it would be a bad thing if it did — but I’d like to see this GTA get wild like it did in the old days. Let me run a drug smuggling business out of an ice cream store. Let me steal an experimental tank that fires lasers. More jet packs, more aliens, more cults, more of the wackiest things imaginable.

Hopefully We’ll Play It Before The PS6 Comes Out 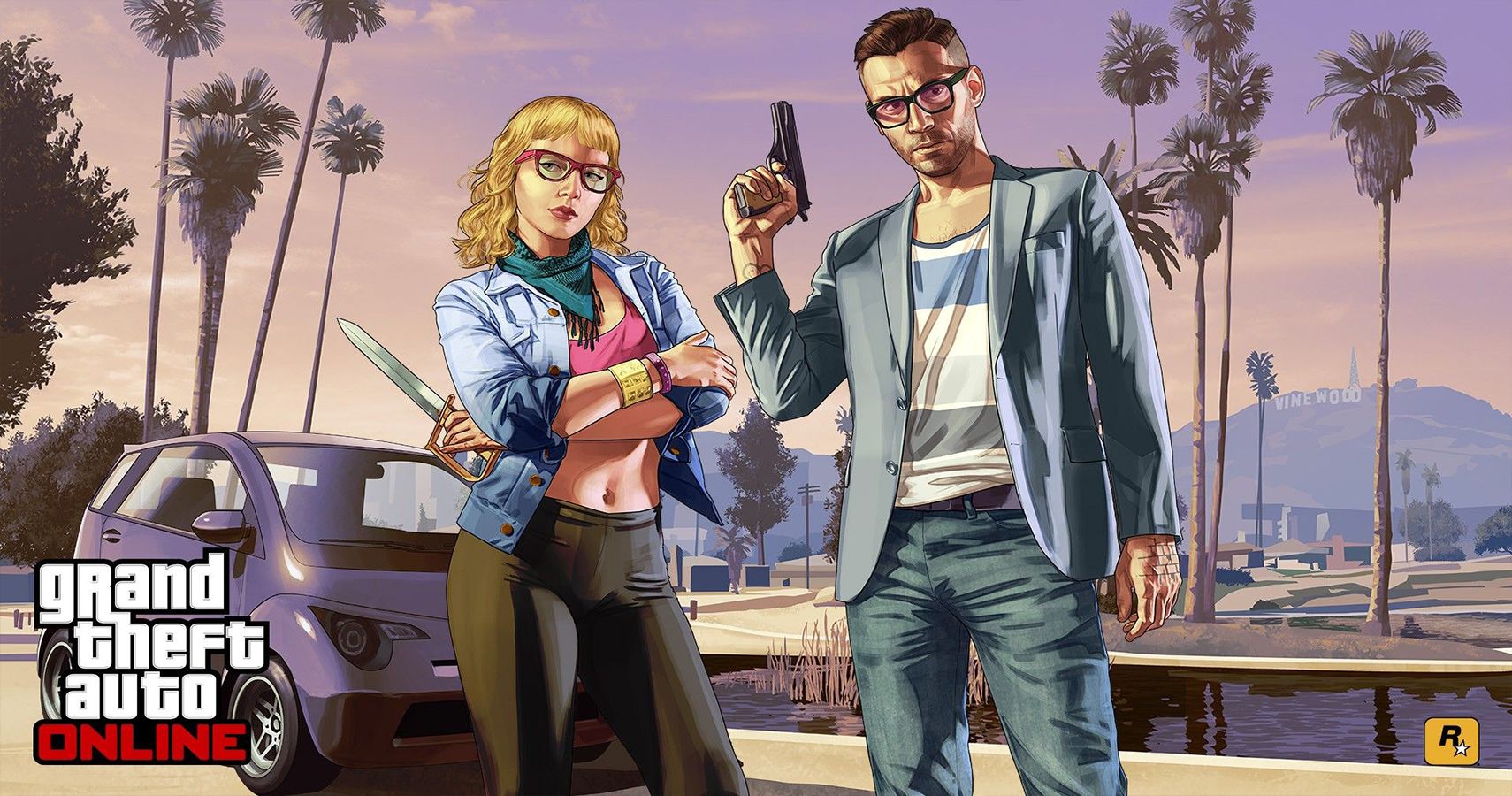 These are just a few of the things I’d like to see in Grand Theft Auto 6. Obviously, some changes to the ways missions are structured, some tighter combat and driving mechanics, and fancier interiors would be nice too. But really, I just want jetpacks and lasers. I’m easy to please.

For now, we’ll all just have to wait for the magical day that Rockstar finally confirms GTA 6’s existence with one of its overproduced teaser trailers. Hopefully, that’ll happen before the end of this decade. 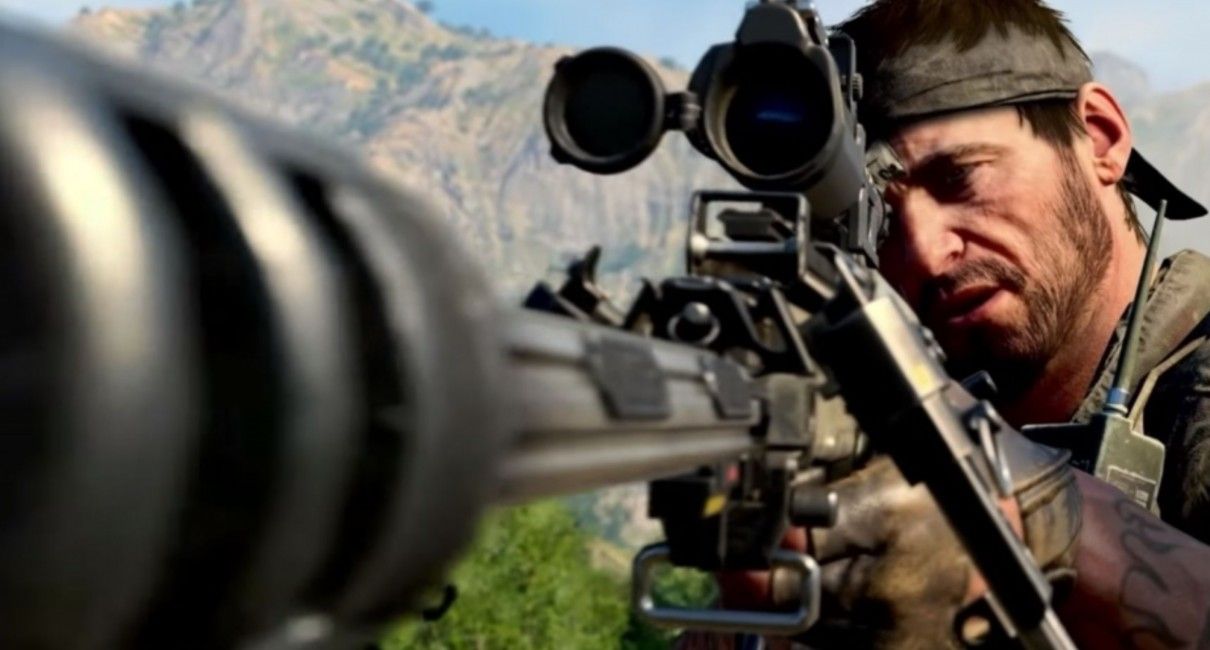