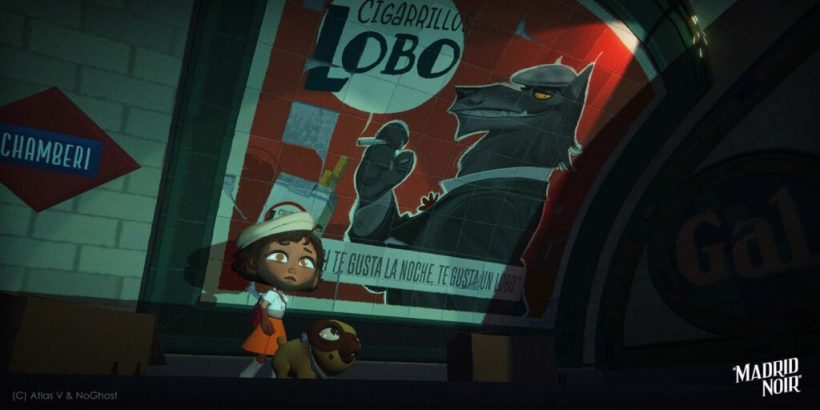 There are some wonderful virtual reality (VR) animations available, providing short interactive experiences for all ages. With the Tribeca Film Festival returning in June, one project set to premiere is interactive VR mystery Madrid Noir, with creators No Ghost and Atlas V publically launching the short during the summer for Oculus Quest owners.

The 45-minute animated caper takes place across two acts, where a young woman called Lola returns to Madrid in the 1930s, to the apartment of her estranged uncle who was recently declared dead. Presented in a theatre production style, Madrid Noir sees her unexpectedly thrown back into the past to relive a summer she spent with him as a child, ultimately leading her to uncover a long-buried secret.

Madrid Noir is a VR spinoff of a 2018 title created by the same director, James Castillo. “I went into Madrid Noir with the idea to create a film that wasn’t just for kids or VR fans, and engaging enough for grown-ups,” Castillo told Variety. “Very often, VR content works as exhibitions or as realistic documentaries, or even games, and while these are all great, I was more interested in making a narrative-driven film that belongs to the VR space, but is accessible and taps into different aspects, since I’m a fan of storytelling.”

Like other VR shorts of this type, Madrid Noir’s immersive elements will be narrative-led. So rather than having gameplay moments like puzzles to solve, you’ll simply get light interactions that’ll involve you in, and move the story along at a set pace.

Being in the hands of Atlas V, Madrid Noir will be joining an illustrious group of VR films. The French company has helped create the Rosario Dawson narrated Battlescar, the Colin Farrell narrated Gloomy Eyes, and the cosmic Spheres.

Created using Unreal Engine, Madrid Noir will be released for the Oculus Quest platform in summer 2021. For further updates on the VR animation as well as the other immersive experiences coming to Tribeca, keep reading VRFocus.