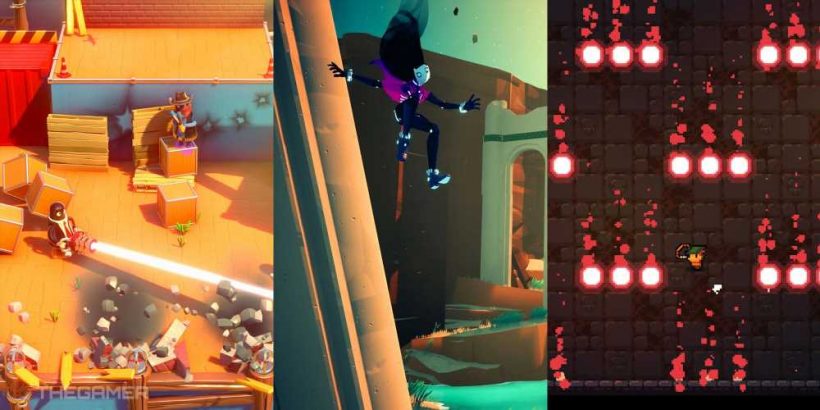 We're officially in the thick of the holiday season, with this week’s indie game releases carrying us from the autumnal month of November into the wintery wonderland of December. It’s a bit of a quiet week in terms of new releases, but there are definitely still some notable titles worth checking out.

Here are our picks for this week in indie games, November 28 – December 4.

Archvale – from developer idoz & phops – is a pixel art action adventure game that pits you and your characters against big enemies in a skill-based bullet hell combat system as you journey through a dangerous world. RPG elements come in the form of the game’s crafting system, featuring over 200 weapons and armor items available to you depending on the resources and loot you pick up on your adventure. Archvale will launch on December 2 for Xbox One, Nintendo Switch, and PC via Steam.

Just in time for holiday get togethers, Rubber Bandits – from developer Flashbulb – is a local multiplayer party game for up to four players as you battle it out to collect the most loot in a heist gone awry. Three different game modes and 20 different weapons await in this chaotic couch co-op party game. Rubber Bandits will launch on December 2 for PS4, PS5, Xbox One, Xbox Series X, and PC via Steam.

Coming to us from publisher Annapurna Interactive, arguably the biggest indie title of the week is Solar Ash – from developer Heart Machine. Movement via skating, jumping, and gliding is the name of the game in this one as you explore a surreal, vivid, and highly stylized world filled with endearing characters and massive enemy encounters in a manner similar to that of Shadow of the Colossus. Solar Ash will launch on December 2 for PS4, PS5, and PC via the Epic Games Store.

Still trying to hold on to October’s spooky season? You’re in luck this week, as Happy’s Humble Burger Farm – from developer Scythe Dev Team – puts a creepy spin on fast food work and, apparently, the pitfalls of unhealthy eating. Beyond just a simple fast food serving simulation gameplay, you’ll need to stay on your toes and not mess up orders unless you want to face the consequences. After work, you’ll need to keep your eyes peeled as you explore the dark and scary streets of the neighborhood. Happy’s Humble Burger Farm will launch on December 3 for PS4, PS5, Xbox One, Xbox Series X, and PC via Steam.

A few other indie games to check out includes a handful of titles that are in Early Access, or have already been released and are making their debut on other platforms: