It’s 2020, so it’s practically unimaginable that there have ever been RPGs without romance options in them, which means there are plenty of husbands, wives, flings, one night stands, lovers, old flames etc. to last you a lifetime.

However, one of them is a person you wish existed in real life: Zevran Arainai from the Dragon Age franchise. A rogue who is trying to kill you in Origins, he can be recruited into your party and then romanced by both a male and female Warden. But – and I hear the collective groan of the majority of players – why should you skip people like Morrigan to romance your foe-turned-friend-or-more? There are several reasons for this.

Zevran doesn’t care if you’re male or female, human, elf or dwarf, or… well, anything really. Zevran only cares about who you are as a person and what choices you make throughout the game. He has had his share of partners – being a well-travelled assassin with a silver tongue does that to you – but he’s not exactly big on love in the traditional sense. Having grown up in a brothel, he was used to less conventional (and rigorous) ways of showing affection, which makes him the least prudish party member in the game.

His childhood in the brothel isn’t the only reason he is so open-minded about the ways of the heart. When he was around seven years old, he and another boy named Taliesen were bought by the House Arainai – which was closely related to the Antivan Crows – along with sixteen other boys. Out of all the recruits, only the two of them survived the year. However, the boys were more or less useless until they were introduced to Rinna, a girl who would make up the rest of the trio that would later become an official unit within House Arainai. But something that may not have been expected was that the three became romantically involved. 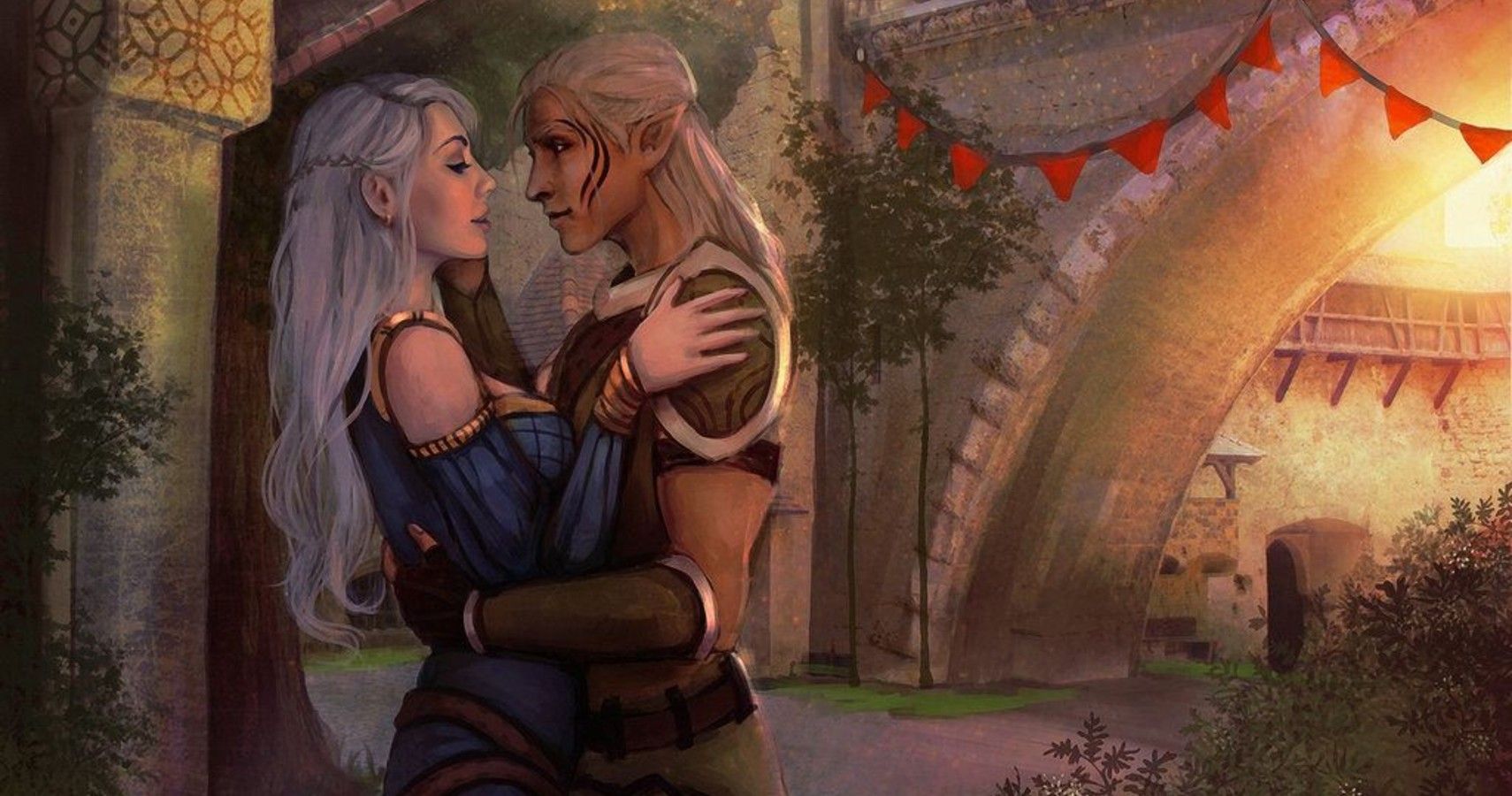 There are plenty of (heteronormative) stories of three friends who aren’t all the same gender, and the vast majority of them has two fall in love and end up with each other, with the third being pushed out in a way (looking at you, Harry Potter). Dragon Age, however, handled that beautifully by introducing – if only through Zevran telling the story to the Warden years later – a polyamorous relationship transcending genders and sexual orientations, purely having three people care deeply for each other. This may seem unimportant to the present-day Warden, but it’s a key feature of a romance between Zevran and a male Warden, as the former is absolutely confident in his sexuality and doesn’t dance around it. In a world chock-full of stories about LGBTQ+ people who feel the need to apologize for who they are (or at least have some backstory to it, as if that were necessary), Zevran – and to an extent Leliana – are a breath of fresh air.

No, not in a sexual way. Get your mind out of the gutter, please.

The cutscenes are, well, cut, so we don’t know that for sure. But romancing Zevran means you get plenty of compliments all the freaking time, and even if you’re the grumpiest person alive, you’ll probably enjoy it deep inside. He sometimes even refers to the Warden as “amore,” which makes the romance so worth it. How often do you find yourself wishing you were bathed in compliments on a more regular basis? Zevran would have you covered, just sayin’. Of course, you have to return the favor to keep him interested, but that’s only fair – after all, that’s what a good relationship is all about.

If you don’t push him to commit to you before he’s ready – and you shouldn’t push anyone to commit to you before they’re ready – Zevran eventually warms up to you and realizes he can indeed love. If you return those feelings (and really, what kind of monster could not?), he will *SPOILER AHEAD* even help you kill Taliesen, who comes to bring him back to the Crows. Of course, you can be merciful and not make him draw arms against his ex-lover. If you survive the final battle, he will follow you in any endeavours you may choose. But if you don’t, the epilogue notes that – despite frequent offers of bed partners – Zevran never loved again. 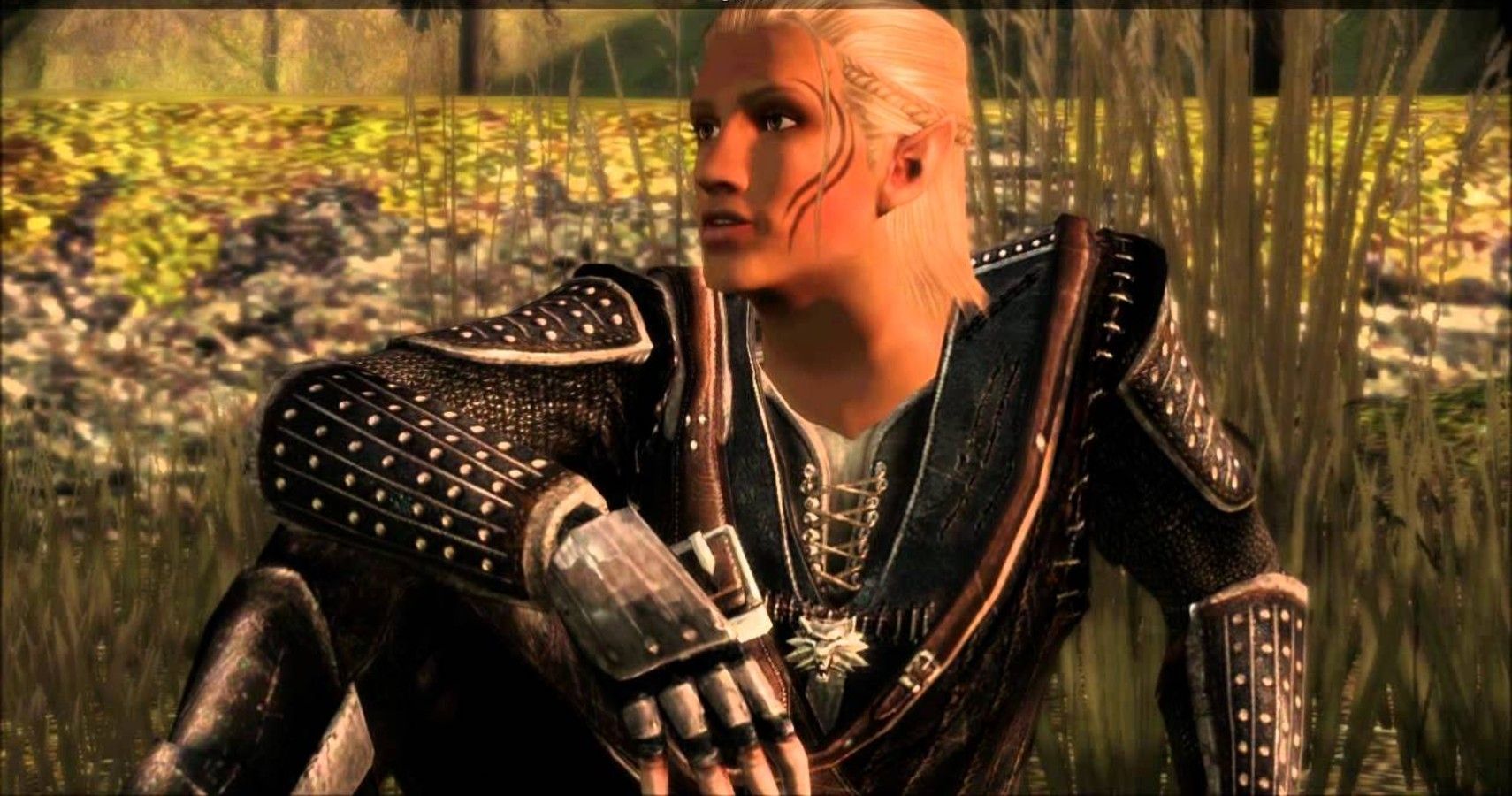 There’s not much to be said for this. From his sharp, elvish features, to the lithe movements and slender build expected from an assassin, the only thing you could maybe, if you’re really picky dislike about Zevran is that he’s not exceptionally tall because, well, he’s not human. There’s no room for having a type – he’s everyone’s type, and if you disagree, you’re probably wrong. Joking aside, you can even not be a fan of face tattoos, and you’ll still love them on him because he has the self-confidence to pull them off.

Happy Valentine’s Day! If you’re single, now you have the perfect reason to go back and restart your Origins game, and now skip romancing anyone other than Zevran. If you’re not single, this is a prime opportunity to gift your partner a copy of the game and hint at the importance of noticing (and maybe copying) Zevran’s behavior – because frankly, that’s how you should treat your loved ones.

PlayStation Plus Collection: What Is It And Is It Like Xbox Game Pass?