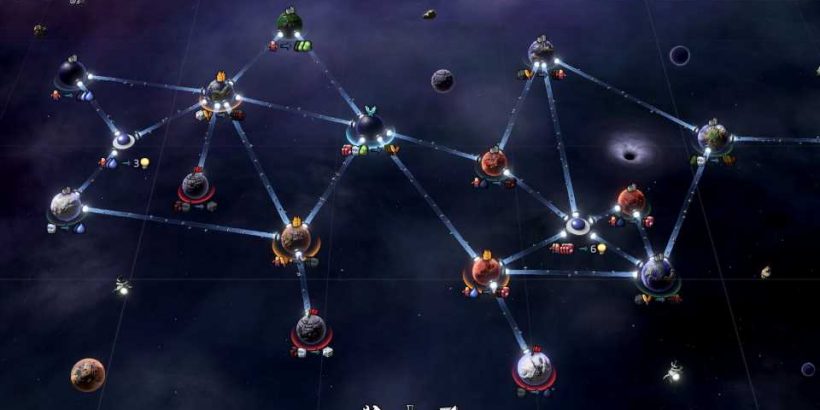 Confession time: I've never finished a grand strategy game. I've played a lot of them over the years, totaling hundreds of hours, but haven't once made it to any kind of victory screen. Not in Total War, not in Stellaris, not in Crusader Kings. Hell, I've never even won a game of Civilization. It's weird, because I love these games. I just never seem to be able to stick it out till the end.

That's why I love Slipways, an indie strategy game for PC and Mac that lets you build a colossal space empire in an hour. There's no micromanagement, no time investment, and no overwhelming complexity. It squeezes the essence of what makes grand strategy so much fun into 60 minutes, and does it with class and style. It's one of the best strategy games I've ever played.

Start a new game and you emerge from a wormhole into an unexplored, randomised galaxy, then launch probes into the void to reveal nearby planets. Depending on their natural resources, climate, terrain, and other factors, you can then establish industries on these uncharted worlds—including agriculture, water production, mineral mining, and robot manufacture. 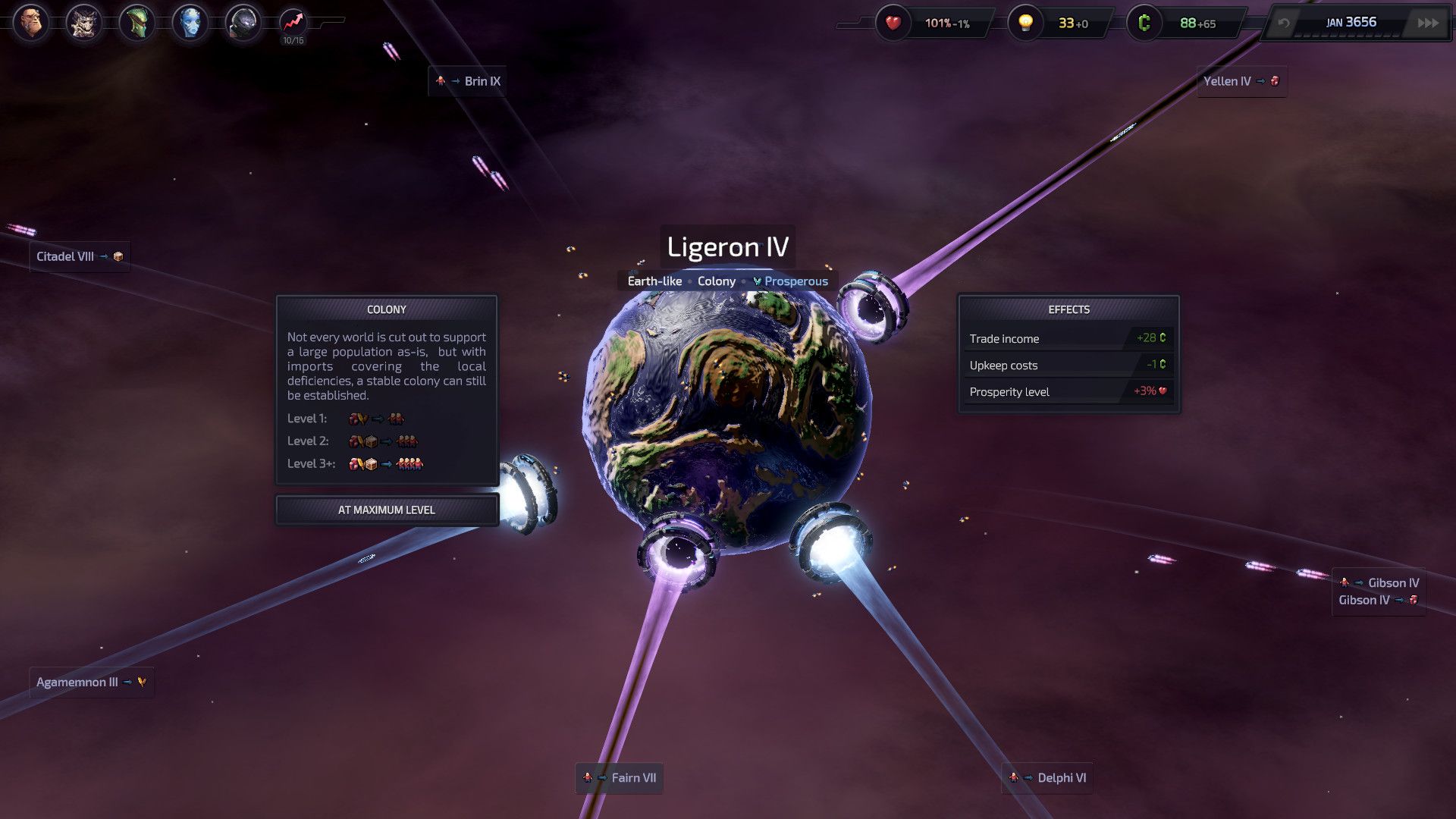 Once you've settled on a few planets, the system at the heart of Slipways—and from which it takes its name—comes into play. By clicking and dragging lines between planets, you create slipways, which are essentially interplanetary shipping lanes. Resources are then ferried back and forth, creating supply chains that are key to the growth and success of your new empire.

But what makes Slipways tricky, and a satisfyingly challenging strategy game, is making sure these supply lines are functioning efficiently. If a planet produces workers, you can create a slipway to a farming world and voila, you've got people to work the fields. But the planet producing the workers needs water to operate, so you have to find a nearby world to supply that resource.

But the water-producing world will need its own resources to operate properly, and, well, you get the idea. Slipways is a game about creating a sprawling, interdependent web of supply chains to maintain a thriving civilization. If you don't, and your empire suffers from widespread resource shortages or unhappy citizens, you can go bankrupt or be kicked out of office. 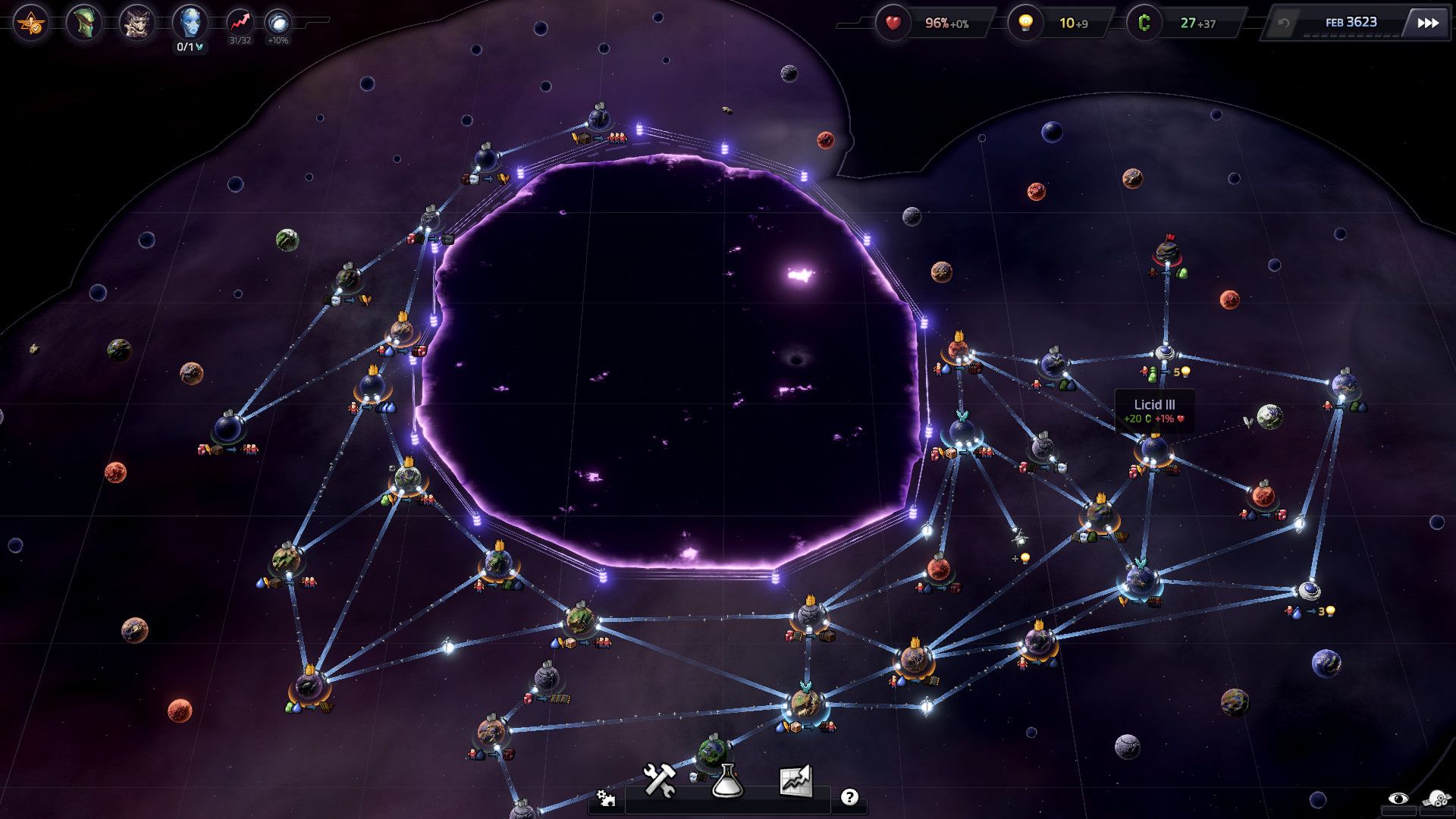 Your farming planet will be able to produce a small amount of food without a steady flow of workers coming in, but the demand will soon overwhelm the supply and you'll start leaking money. This means you have to think very carefully about which industries you establish on each planet your probes discover, based on the needs of its celestial neighbours.

Those are the basics, but the more you play Slipways, the more depth you uncover. There's a wealth of technology to research, including the ability to terraform a planet and change its biome, or swap one planet with another using teleportation. You can also create more advanced slipways, called hyperlanes, to establish connections that would otherwise be impossible.

There's a lot going on in Slipways, but it never feels overwhelming. The UI is elegant and responsive, and snapping slipways between worlds feels wonderfully tactile. Everything you need to know about your empire, how it's growing, and where it still needs work is presented clearly and cleanly. The leisurely pace and mellow synth music are super chill too. 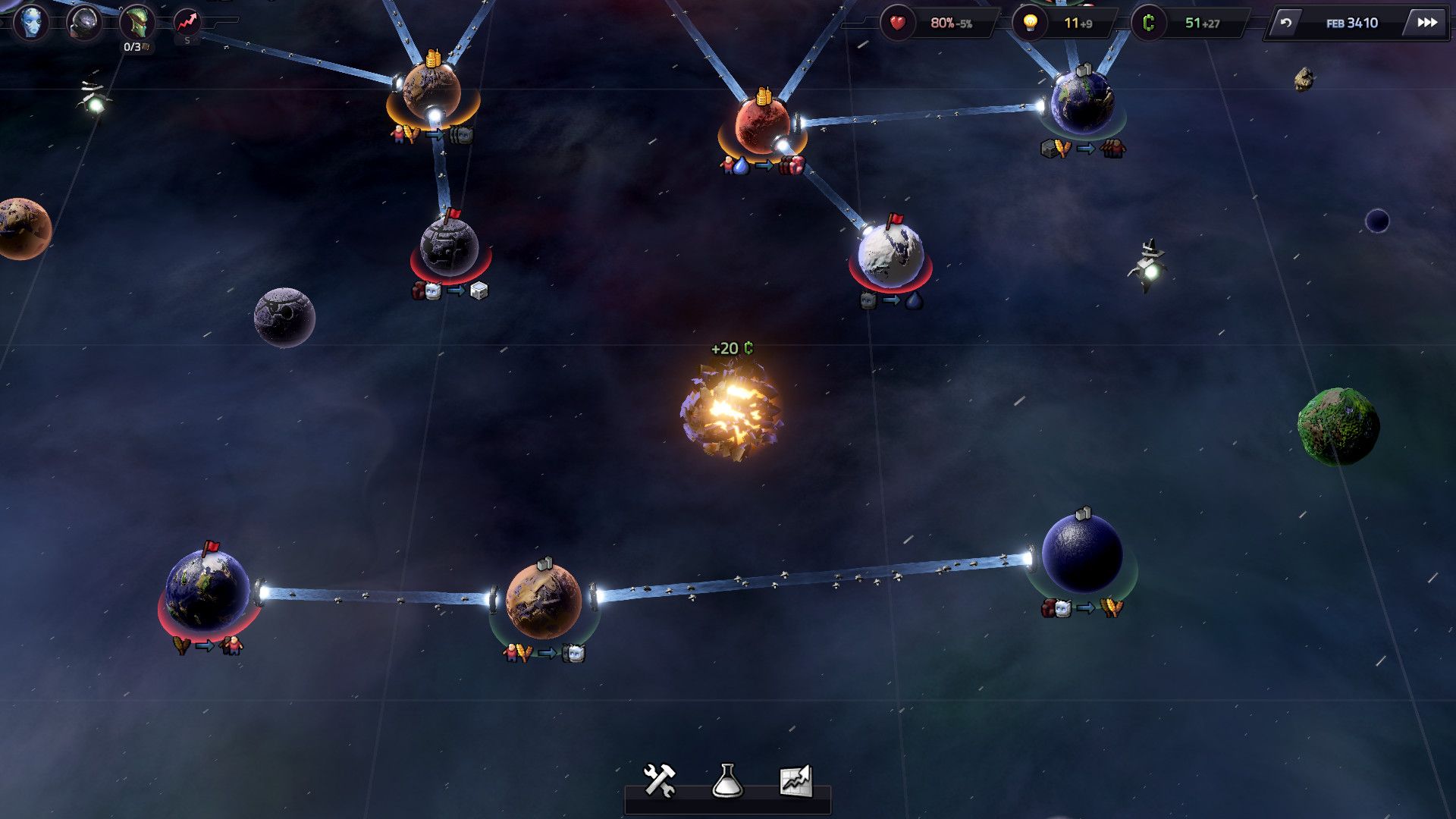 I also love that there's no combat in Slipways. This might make some strategy game fans immediately check out, but it's remarkable how compelling the game is without it. There's no fighting for territory or having to worry about amassing an army. You can focus entirely on building and growing, which is really refreshing. I wish more strategy games were non-violent.

Slipways will never be a replacement for a proper grand strategy game, but if you're short on time and/or patience, it's a great way to experience the thrill of building a vast, galaxy-spanning empire without having to devote hours of your life to it. It's a hard game to fault, although I would be delighted if it ever made it to Switch. I can't think of a more perfect handheld game.