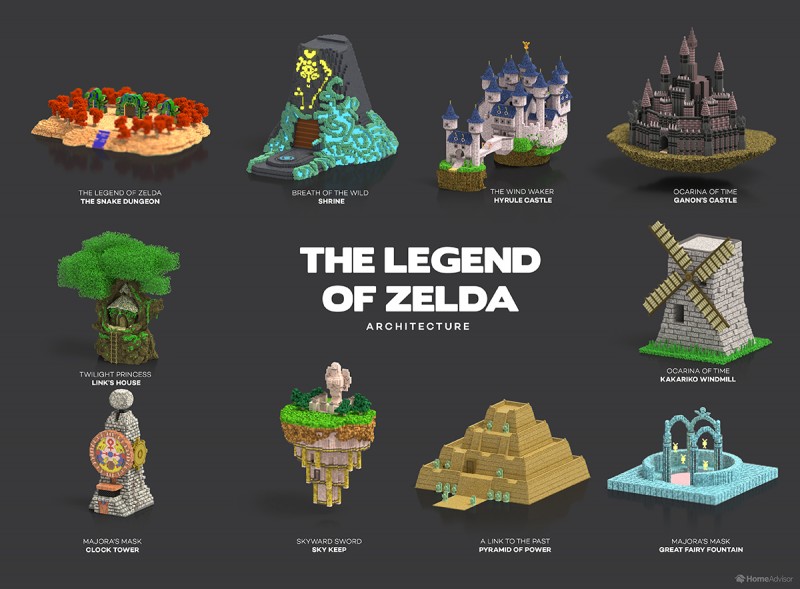 NeoMam Studios is a content creation agency that makes, among other things, digital renditions of architecture with a wide variety of influences and styles. Past projects have included envisioning The Simpsons’ living room in different styles, or even offices based on different fonts. Its most recent project takes a deep dive into the architecture of video games.

“The team that worked on this, we all we agree that most of us really like architecture,” says Gisele Navarro, operations director at NeoMam. “We also like games, so we were also very excited because of that. And so I think we were just trying to reach new people.”

From a business point of view, the main reason for creating projects like these is to draw a new audience to HomeAdvisor’s site. In addition to this, however, some people had more romantic perspectives on the project’s purpose.

“You know how high fashion has all these crazy, kind of outlandish designs on the catwalk?” asks Jonny Addy, managing editor at NeoMam. “The idea behind couture isn’t like you wear that on the street at night. You’ll take inspiration from that and then kind of tone it down and bring it into your own life.”

For the project, they created each piece with a voxel art style, giving them a pixelated, three-dimensional texture.

“We thought about a couple of variations,” says Povilas Daknys, the project’s art director. “One was a traditional pixel style, which represents ‘90s gaming. So there’s basically a pixel style, but it’s made more three-dimensional, that’s what it is. We found a designer, we ran some tests with it, and it looked really cool. And we thought it was the best style that represented all of the games consistently. And I think we’re really happy with how it turned out.”

The results are impressive, ranging from a small diorama of a dungeon entrance in The Legend of Zelda to a sprawling castle from Dark Souls.

The team at NeoMam is busy with its next project, making animated GIFs of different national parks in the UK. Although they don’t have any plans, Addy said he’d love to do a similar project covering architecture from anime, specifically Studio Miyazaki films. Until then, we’ll have to let our eyeballs soak in these beautiful voxel creations. 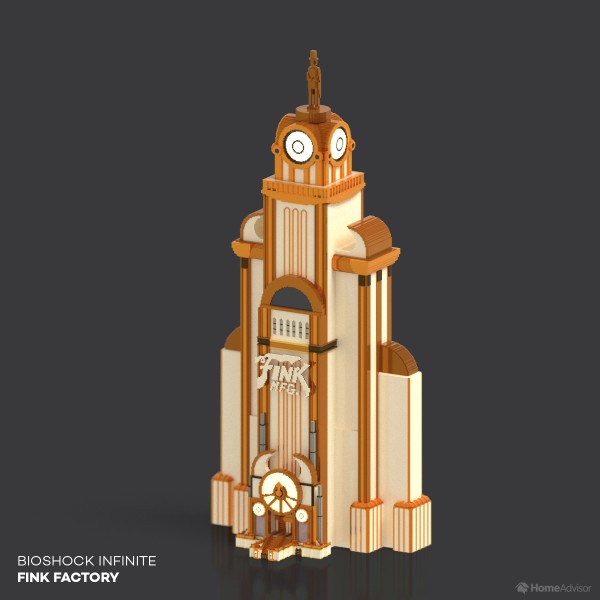 “I really like Fink Factory from BioShock Infinite. I really like art deco in general. I’ve never played BioShock, so when I was going through the images, I was like, ‘Oh wow, that’s completely unexpected!’ I wasn’t expecting such a polished, 1920s-looking building, so I really like it. 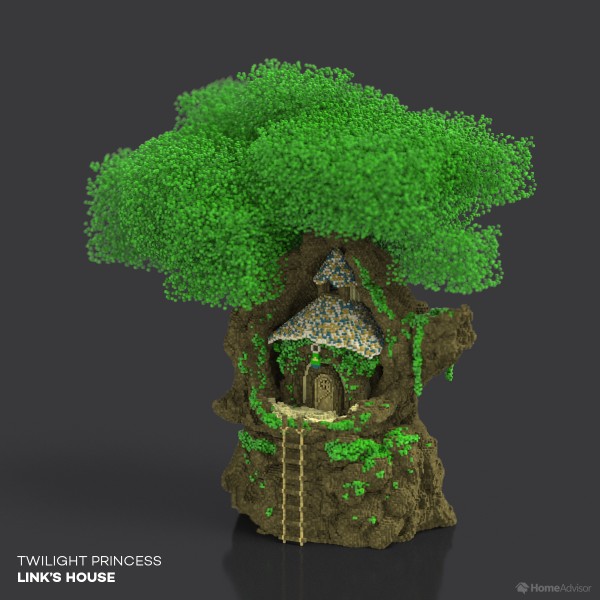 “And then I really liked Link’s House from Twilight Princess, because I love trees, and it just looks so organic and so special, so cozy, probably beautiful inside. So I really, really liked looking at it when we were going through.” 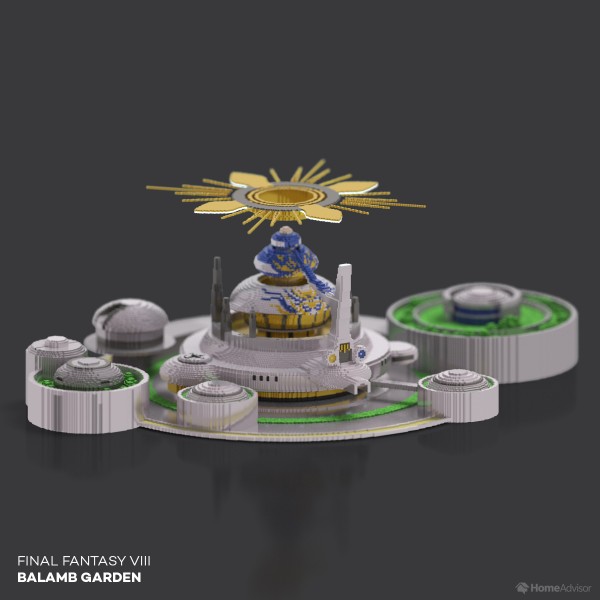 “I really love the Balamb Garden from Final Fantasy VIII. In the Final Fantasies, it’s this one that’s got like this giant star, but it’s got really detailed designs on it, and I just think it looks amazing.” 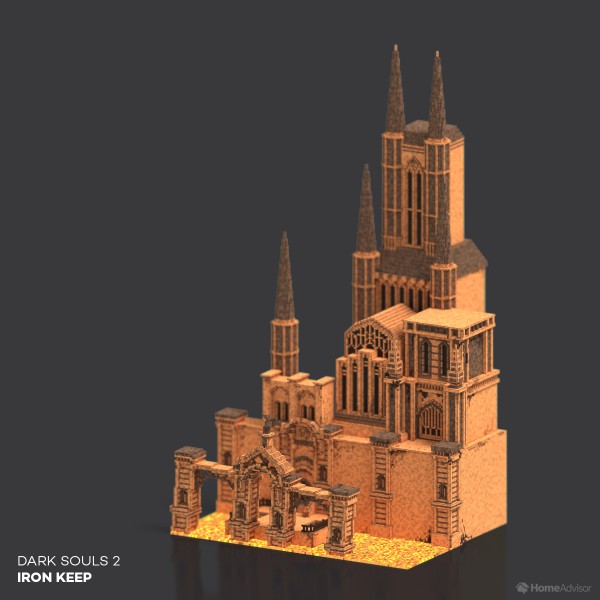 “I like the Iron Keep building [from Dark Souls 2]. It has this organic texture which I like, and it reminds me of a church which is next to my home.”

For more on the covered series, check out our definitive ranking of The Legend of Zelda, our retrospective on Final Fantasy X with the game’s producer, and head over to HomeAdvisor for a more detailed look at the different pieces! 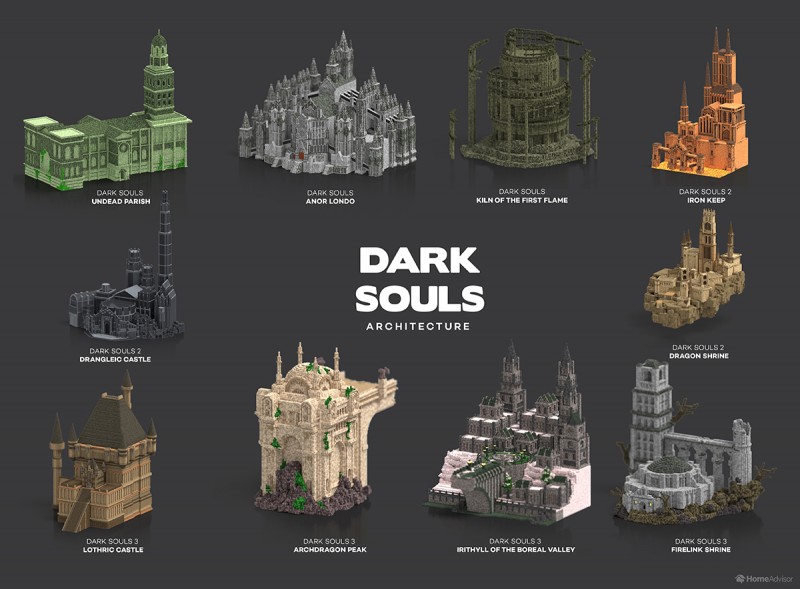 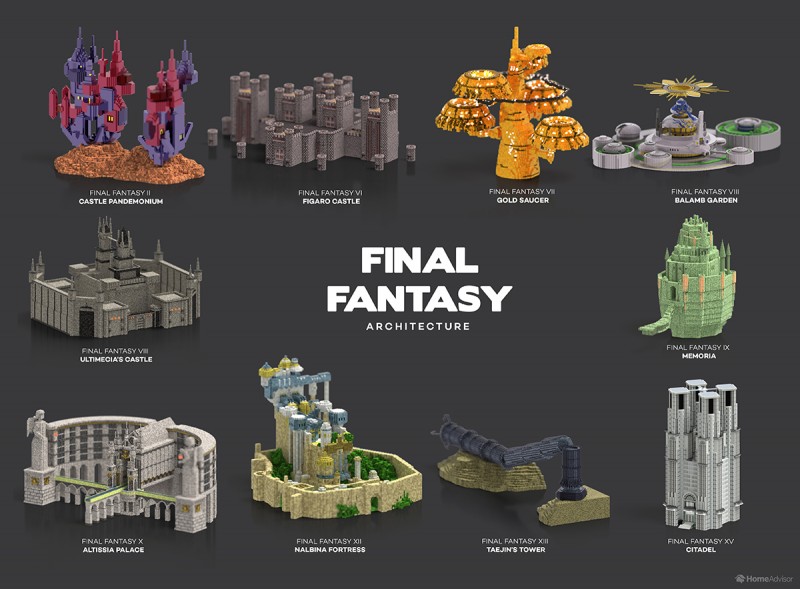 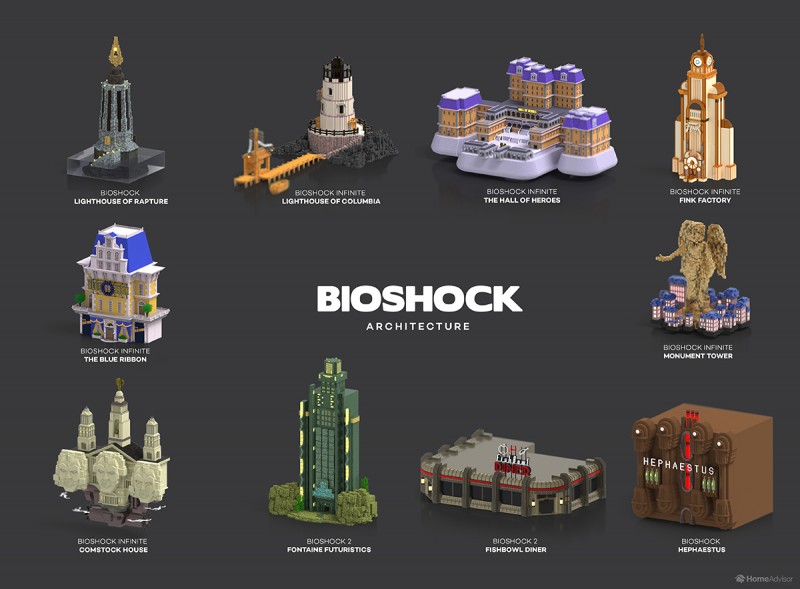 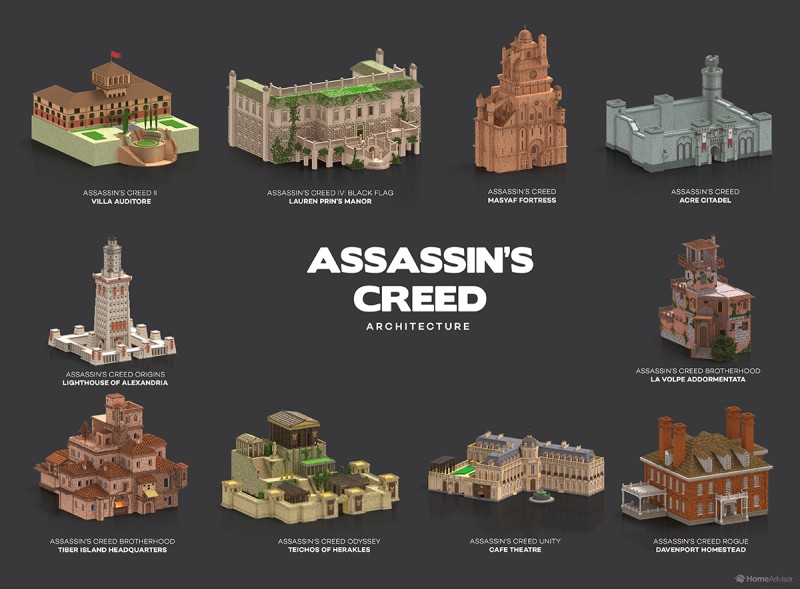 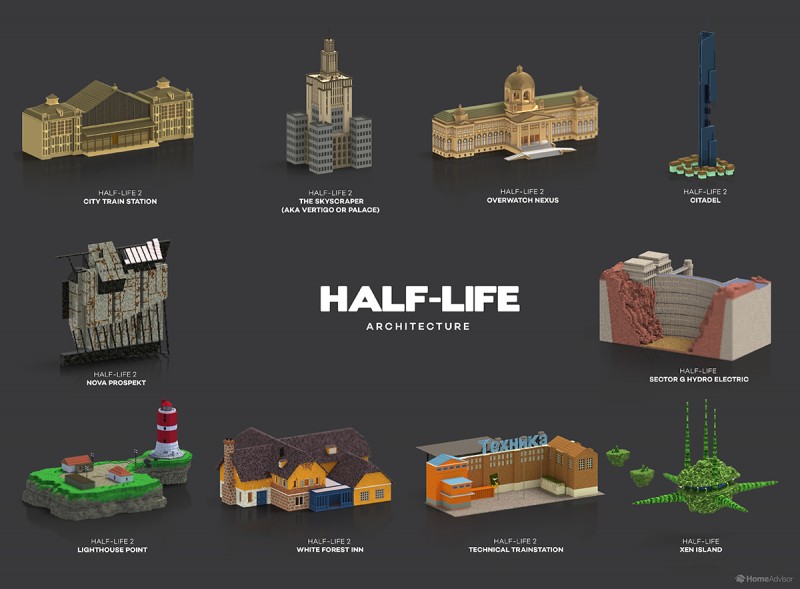 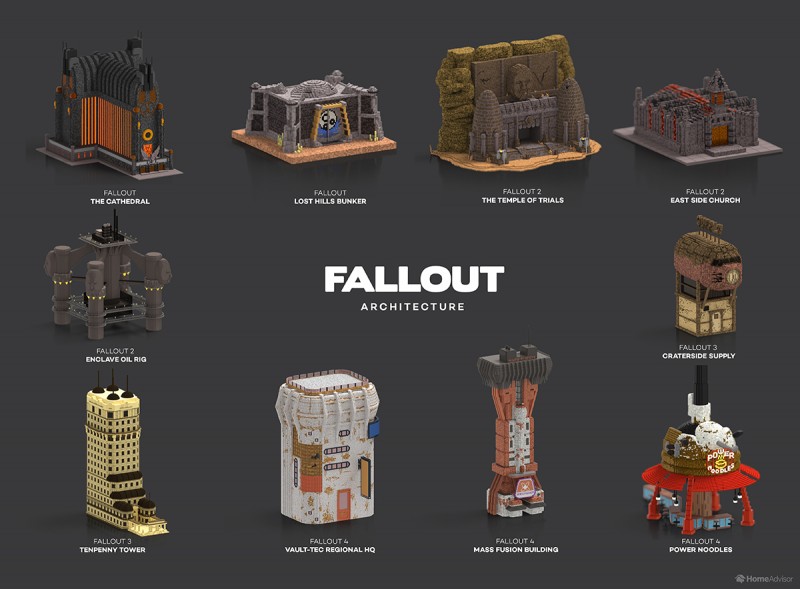