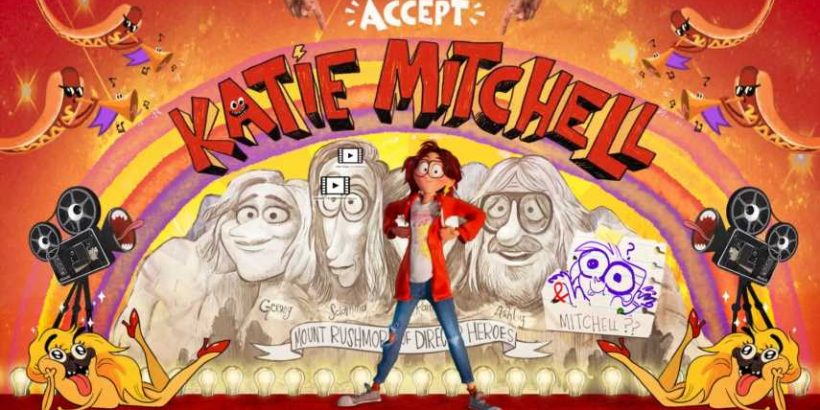 I was a teenager like Katie Mitchell. Younger me was a little awkward, obsessed with hobbies my parents thought were weird, and slowly coming to terms with my queer identity. Back in the noughties, I never really expected a heroine in major animated films or my favourite games to reflect this sort of persona, one that despite being commonplace amongst my age group, wasn’t something that would carry the weight of a blockbuster. It just wasn’t going to happen, we hadn’t reached a place where such honest and queer stories could be told without compromise.

Fast forward a decade or so and things are a bit different, even if queer romances and interactions are still being edited out of the world’s biggest films to please audiences who might not gel with such wild ideas. People can fall in love regardless of gender, and the sooner global audiences and governments come to terms with that the better. That debate is for another day, since I want to focus on The Mitchells Vs The Machines and the relatable excellence of its heroine. Katie Mitchell is an awkward teenager blossoming into adulthood, taking all of her distinct quirks and hobbies along for the ride.

Katie is exceptionally normal, which is refreshingly honest in a world where films often alleviate such qualities in favour of overblown attraction and allusions to heroism. The thing is, she is all of these things and more because she’s so relatable. From the opening moments, it’s clear that our heroine is an awkward mess of emotions, failing to connect with a family who doesn’t understand her, with her coming college education acting as an escape from familial troubles that have done nothing but drag her down. Like many newfound adults, she strives for independence, to find herself in an environment that isn’t defined by routine.

As you’d expect, she is quickly thrust onto a journey that will help her come to terms with this selfish outlook as she and her family must save the world from an army of unstoppable robots, all of which are commanded by an angry smartphone played by Olivia Colman. It’s ridiculous, yet is filled with the creative wit you’d expect from the minds behind Into The Spider-Verse. Every scene is packed with animated bliss, the movements and expressions of each character conveying an emotional resonance that similar films lack, blending together CG animation and the traditional detail of hand-drawn 2D to execute a display that consistently floors you. However, beyond all the visual flair sits the beating heart of a narrative that tugs at your heartstrings so effectively because it hits so close to home.

Katie makes clumsy decisions and doesn’t consider the emotions of those around her, approving of her father’s plan to save the world simply so she can put this behind her and get on with her life, content with leaving him blissfully ignorant of her true feelings even if it will ultimately lead to her downfall. It does, with Katie’s dishonesty coming home to roost during the final act as she must mend relationships or risk losing everything she holds dear forever. I’ve done this before, slipping out white lies I perceived as innocent, not realising that the inevitable truth will only serve to hurt those I love so much. 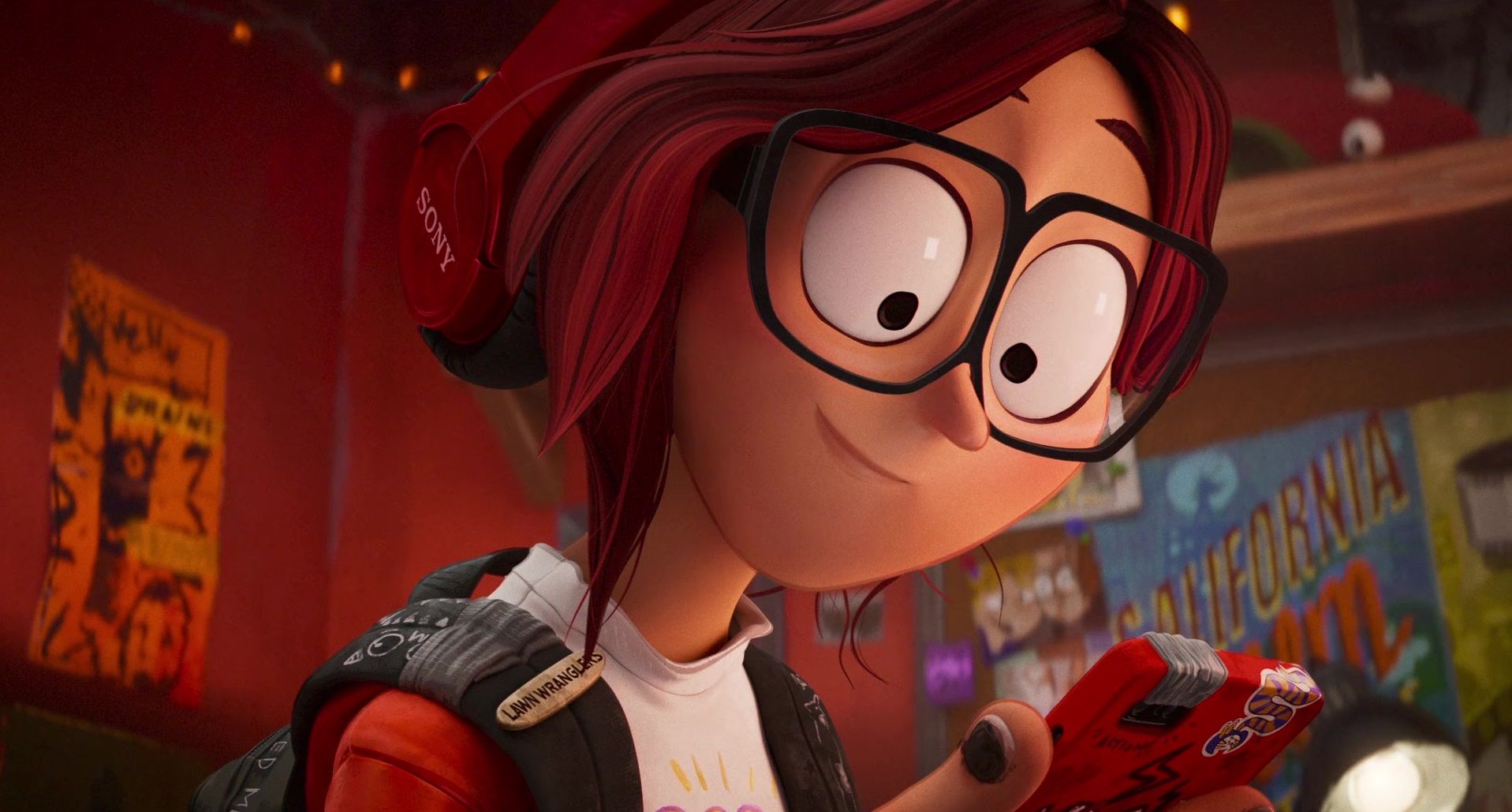 Perhaps that’s why I found the film’s message to be so poignant. It’s aware of the imperfections found in families. Parents and children bicker, often failing to understand one another as the generational divide becomes more and more apparent. Katie’s guardians aren’t aware of the internet humour ripe across her filmmaking exploits, simply nodding with an awkward smile to avoid any needless confrontations. But sometimes the pot will boil over, leading to arguments that rip open emotional wounds that take years to heal. But it’s achingly real, especially in how the movie depicts sibling relationships.

Katie’s connection with her younger brother is adorable, shown as a healthy bond between siblings instead of having them form a needless rivalry to provide the plot with some extra tension. It’s nowhere to be seen, they love each other unconditionally, and help one another tackle mistakes they’ve made throughout the film’s runtime. The Mitchell family is far from perfect, but just like in reality, these flaws are what make them so special. Each member is distinct, proud of their quirky qualities and overall identity. As the credits roll, the power of the overall message finally cements itself. 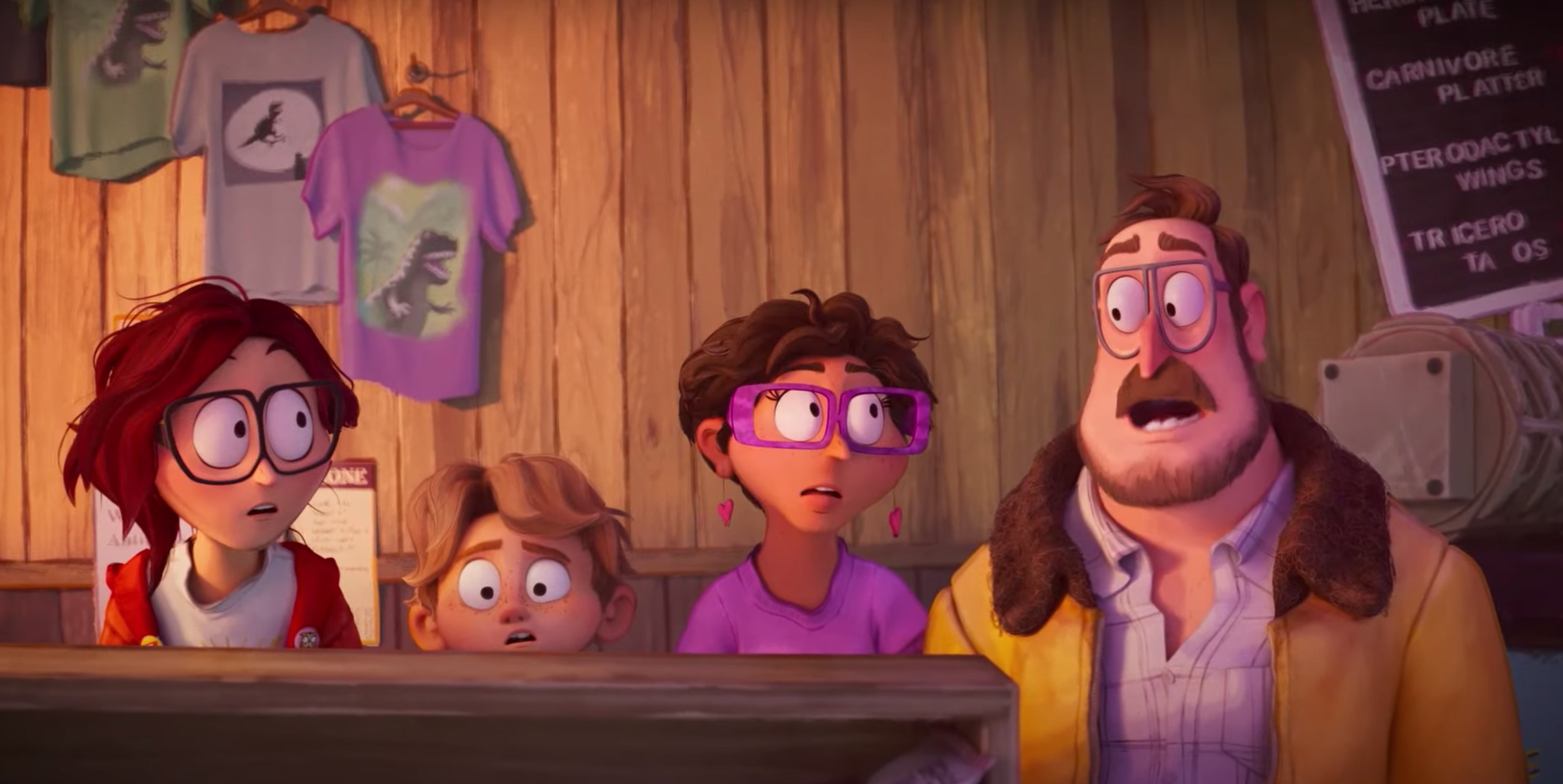 Katie is finally in college, finding herself with the help of new friends and studies that embrace her passion for animation and filmmaking. “Are you and Jade official?” her mother asks over a video call, clarifying our lead character’s queerness in a way that isn’t overbearing, instead acting as a facet of her identity that is rightfully normalised. Her parents are naturally curious, oblivious to the world of young people as they simply wish their daughter to be happy in being her true self, no longer burdened with evil robots trying to destroy the world. Now she can just be a chaotic, awkward lesbian chasing her dreams.

Animation needs more lead characters like this. This is a medium that often caters to younger audiences, so creating personalities that reflect the growing diversity of this demographic makes perfect sense. Miles Morales was a groundbreaking lead for people of colour, while Katie Mitchell carries a similar flag for the queer community. While they are two bricks in a much larger wall, I think we’re off to an excellent start, and successes like this are only going to show massive studios that value lies in stories like this, and they deserve to be told on bigger and bigger stages until they stand alongside the brightest stars out there.