Video games have made leaps and strides in LGBTQ representation in the last decade. Games have had an increasing number of LGBTQ people in them in increasingly central roles. GLAAD has even expanded their media awards to include video games. However, as more sexualities and genders have found mainstream representation, a new sexuality has emerged that is exclusive to video games. “Playersexual” characters are attracted to whatever gender the player character is, and their inclusion in RPGs and other games comes with a few problems.

This is already a recipe for wish fulfillment, often at the expense of story and characterization. When romance candidates don’t have sexualities outside of being attracted to the player, sex and romance becomes centered around the player. It becomes hollow, an achievement for the player to get rather than any sort of realistic relationship. At best, it ends up like Stardew Valley, where the player at least needs to get enough enough niceness points until they unlock the romance they deserve. At worst, it is just as simple as picking the spouse you like best out of a lineup.

This is bad enough in a game like Skyrim, where most marriage candidates are flat characters, but in games like Fallout 4, where companions have opinions, likes, and dislikes, it is particularly jarring. Characters like Piper Wright or Preston Garvey have opinions on the different factions in the game, how you treat corrupt politicians, and even whether or not you are rude to people you speak to. They are well-rounded characters with thoughts on almost everything you do, but when it comes to romance, they will fall for the player regardless of gender. It abandons any possible characterization in favor of giving players a wish-fulfillment romance as a reward for making the right choices in front of them. 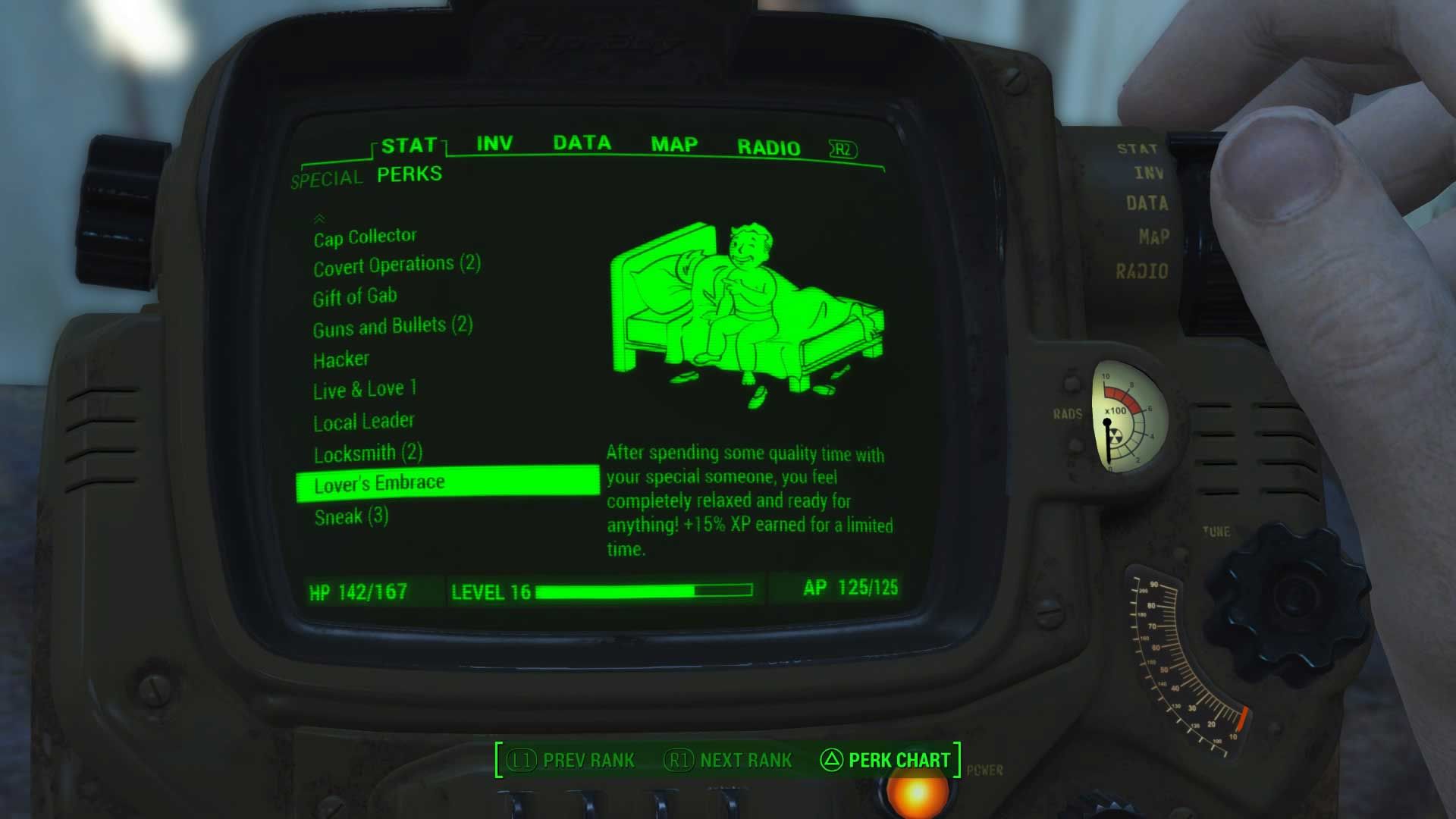 Other than being overly player-centric, it often acts as an easy way for companies to avoid adding canonically LGBTQ characters into their games. Game companies can get points for progressivism because they let players enter into same-gender relationships, but since same-gender attraction can only be in relation to the player, homophobes can go the entire game without ever encountering a gay person. In Fallout 4, every romance option has the potential to be in a same-gender relationship with the player, but other than that the only LGBTQ people in the game are two lesbian couples – one of which is vaporized by a nuclear blast in the intro and one of which is hidden in a corner of the city in post-apocalyptic Fenway Park. In Skyrim, there are only two gay people, who both appear as corpses near a beachside cabin.

This can be contrasted with Fallout 4’s predecessor, Fallout: New Vegas, developed by Obsidian Entertainment. While there is playersexuality in Fallout: New Vegas, it is limited to flings and one night stands, never long-term relationships. You can’t romance any of the companions either. However, it does have canon representation. One of the game’s companions is gay, one is a lesbian, one is arguably bisexual. There are even perks in the game that let you be gay and connect with gay people in conversation, effectively establishing dozens of LGBTQ NPCs in the Mojave wasteland. 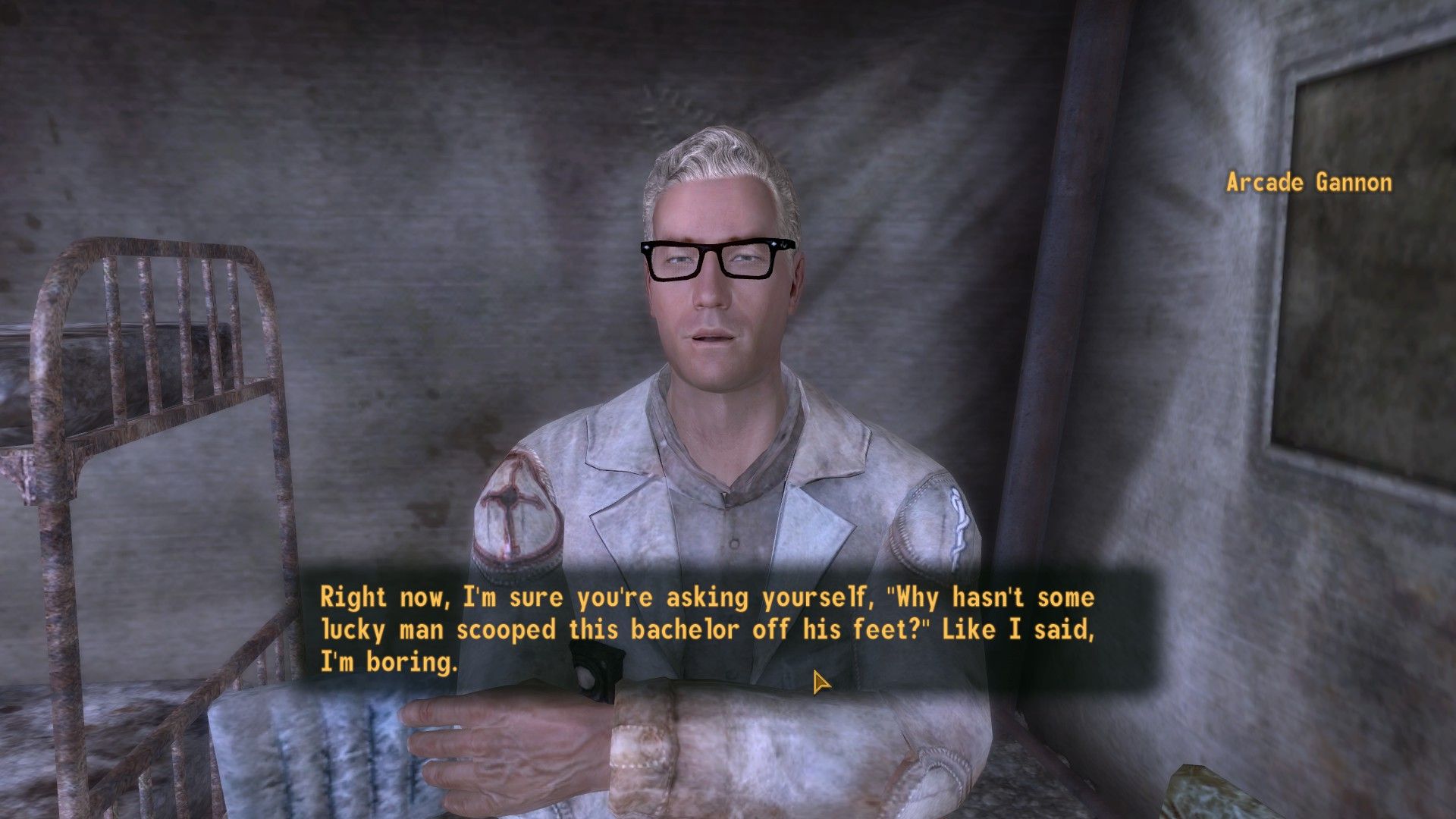 On the other hand, no less than four male companions in Fallout 4 have dead fiancées or wives in their pasts, including the playersexual romance candidate MacCready. We never hear much about them – they serve more as sad backstories than anything – but it is a definite trend. When attraction to the player is removed, male playersexual characters are sometimes allowed to be straight, while women are only allowed to have attraction to the player.

There’s no perfect solution here. Playersexual characters allow players to engage in same-gender relationships with anyone they want. However, just as often they come at the expense of characterization and canon LGBTQ representation. It’s important to address these issues, and recognize the problems with playersexuality in games.

This Humble Bundle definitely lets you pet the dogs