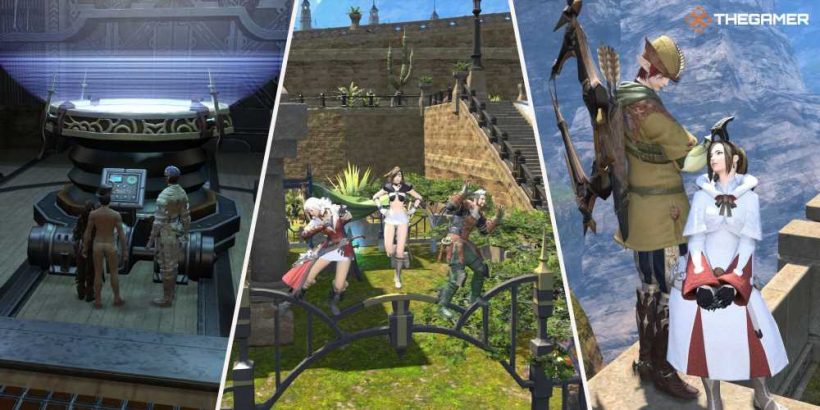 Final Fantasy 14: Endwalker marks the end of the Hydaelyn and Zodiark story arc, a tale that players have been following since A Realm Reborn re-launched the game in 2013. As a Warrior of Light, we’ve been through a lot in that time. We’ve been given the gift of the echo by the goddess Hydaelyn and alongside our friends — both NPC and fellow players — we’ve fought primals, Garleans, Ascians, dragons, Lightwardens, and more. We’ve said goodbye to beloved characters along the way and visited new lands, including a whole other realm. We took on the mantle of the Warrior of Darkness and, after all this time, I’ve lost count of how many times we’ve saved the world.

The last expansion, Shadowbringers, let us peer into the past at the Final Days where we uncovered the truth behind the Ascians — the game’s long-running antagonists — while also discovering the surprising revelation that Hydaelyn is a primal. Now, we’re staring down the climactic conclusion of everything we’ve come to know and love, and I’m not entirely sure what awaits us on the other side. In fact, I’m not even sure what awaits when it comes to Endwalker. For me, this expansion is the end of an era in more ways than one. Not only is it the end of the story arc, but it will be the first time I play a new release without my fellow Final Fantasy friends.

I came over from Final Fantasy 11 with a group of friends when Final Fantasy 14 1.0 launched in 2012. Over the years, even though we’ve all dipped in and out — and some friends have permanently dropped out – we’ve always had a core group that reunited for the launch of a new expansion… until now. My usual go-tos from the good old Vana’diel days have said they won’t be getting Endwalker for whatever reasons, generally, their lives are just too hectic. 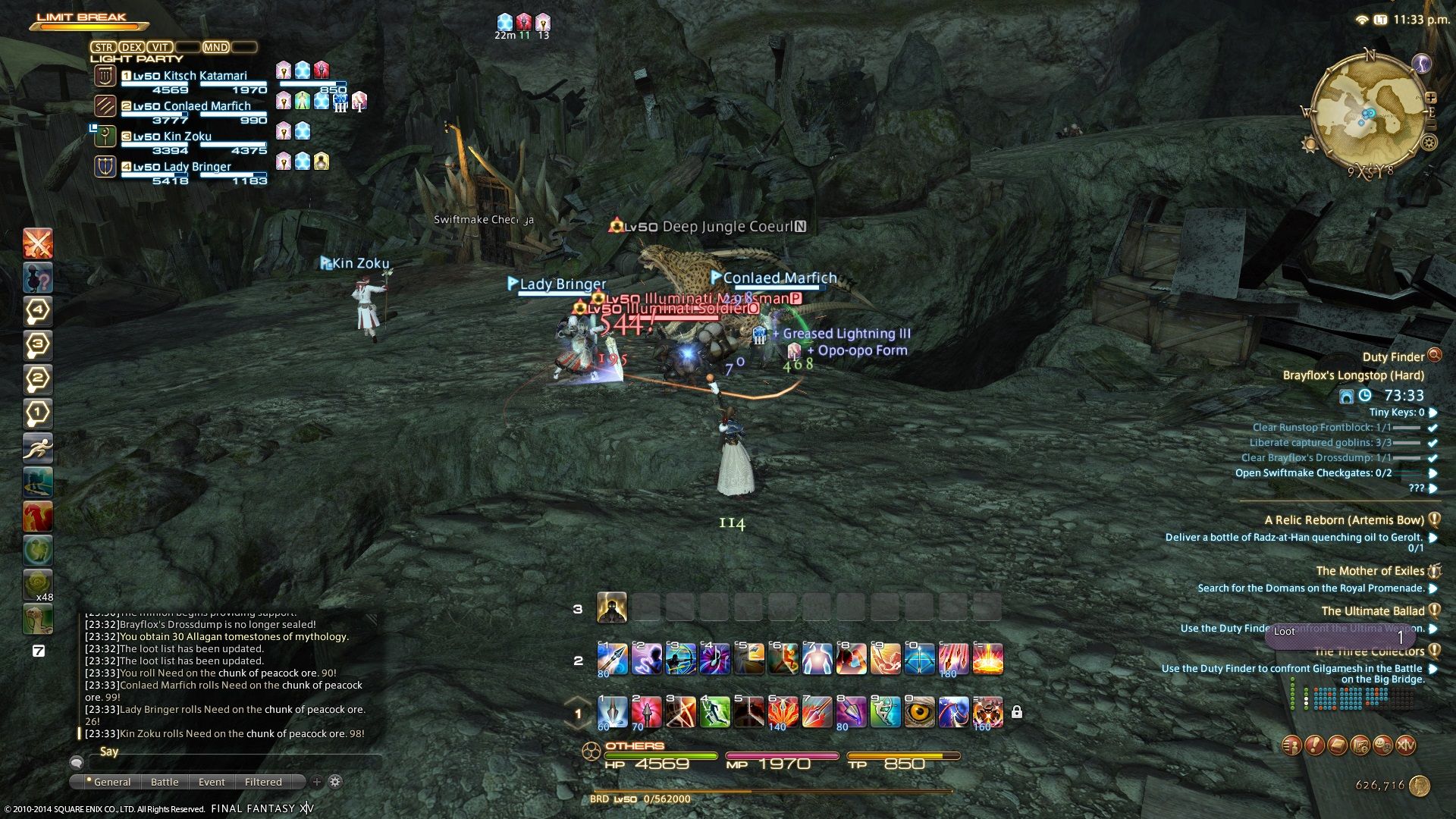 We were all kids when we started playing together in Final Fantasy 11. I remember ducking out of school or staying up until the early hours of the morning to spend time with them. FF11 was grindy in many respects and I don’t think I would have put up with it for so long without their companionship. After all, no one wants to keep grinding Dynamis week in and week out without some lively people to make it less boring, even with the promise of a nice shiny chapeau. Those 8-to-12-hour Notorious Monster camping sessions were always better when shared with friends. Misery loves company, after all. Not to mention, battering Charybdis in the face for a Joytoy was something else to share together at the end of an all-nighter.

Towards the end of my tenure with FF11, I could no longer dedicate myself to the hardcore aspects of endgame, but I was often around to have fun with my friends and just to shoot the shit while hanging around in some random map. After we jumped ship to FF14, we continued our adventures together, albeit at a slower pace. None of us were cut out for hardcore endgame stuff anymore — we had spouses, demanding workloads, kids, and all the other responsibilities of being a proper adult, but we still made time for one another to goof around in Eorzea.

The friendships I made in FF11 and FF14 transcended the game and many became firm fixtures in my real life. They are people I can turn to when I need someone and over the years they’ve helped me with all manners of things, from uni coursework to professional work advice, or just being a shoulder to cry on as I vent about personal problems. I even traveled to Ireland to meet with one friend and we spent a week adventuring in the real world, exploring the Giant’s Causeway, hiking in the countryside, and experiencing a proper Irish Guinness. Sure, we weren’t punching monsters in the face in a virtual world, but these real-world memories were just as precious to me, if not more so. 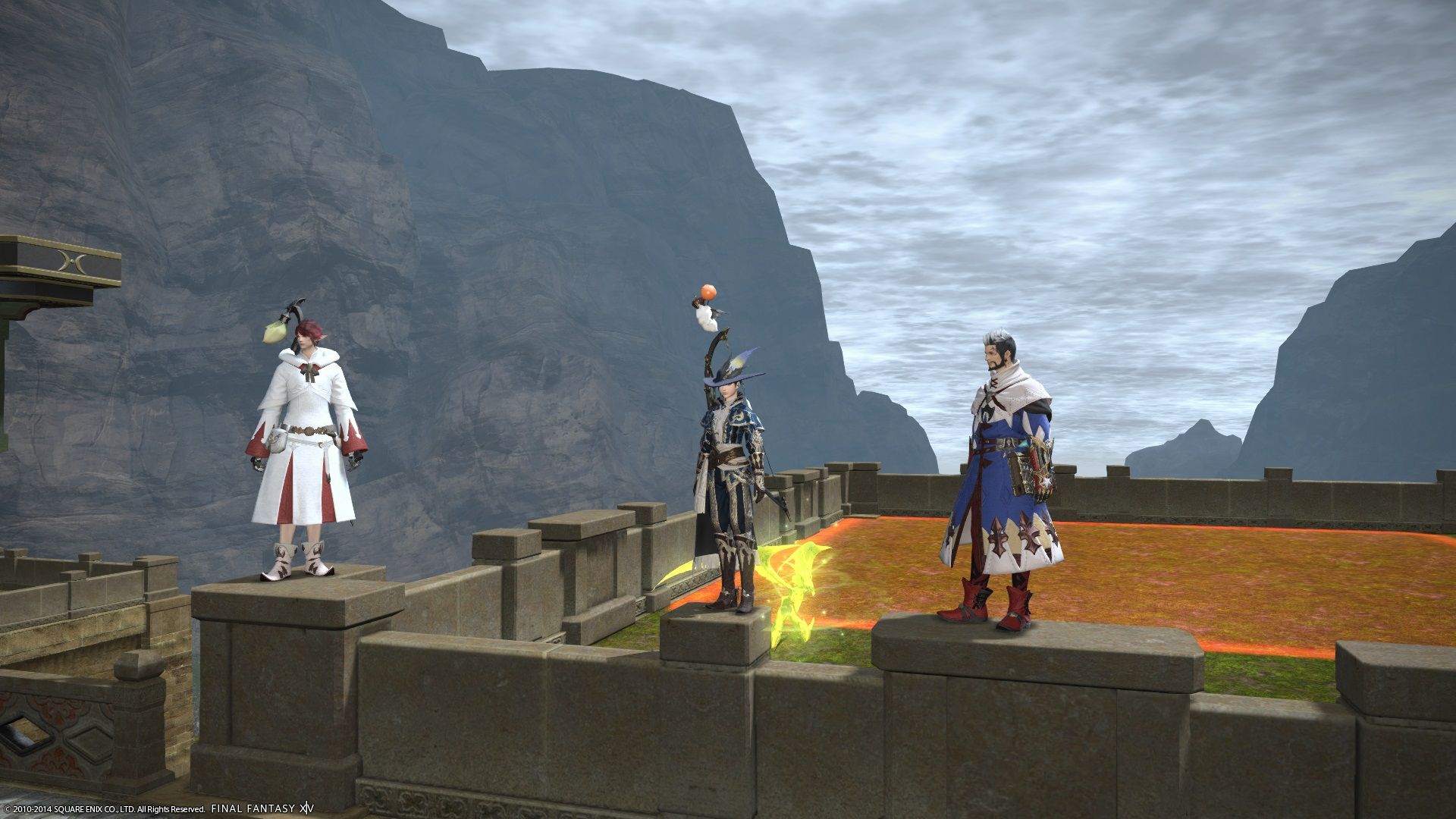 Our Free Company list tells me that the last person active other than myself was last online 91 days ago. I’ve long held the Free Company leader title, as it falls to whoever is active, so I’m used to walking into an empty FC house. It’s a little depressing to look at this space that we all created together and find it completely devoid of activity. We all worked hard to save for a house, we decorated it and furnished it together, and we spent plenty of time chatting away inside, but now it’s just me.

It’s an odd feeling to think that I will be playing through Endwalker without the people who stood shoulder-to-shoulder with me in more than one fantasy world for over a decade. Even though we still speak often, when it comes to in-game, I miss them a lot and it’s sad to think I will be witnessing the conclusion to this story alone when we all started it together. Most players will readily agree that they’d prefer to party and clear content with friends over random players, but I have to remind myself that these people I hold dear were once just randoms in a different party in another game. They’ll always be good friends to me, but perhaps Endwalker is a great opportunity to meet some new friends too.

Am I too old now to be making online friends? Maybe. I’m a casual player now at best, so maybe I’d be the one flaking out of any new friendships I make. But the next time you party up with some randoms who seem pretty cool, drop them a friend request. You never know — in ten years they might just be your ride or die.