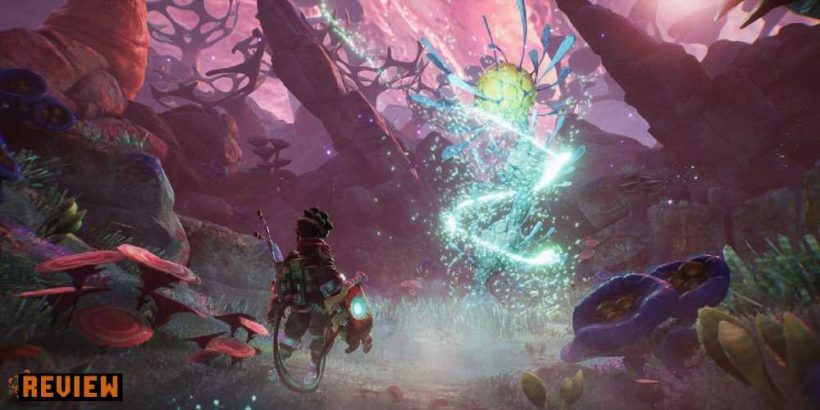 It’s likely no accident that The Gunk looks like Super Mario Sunshine meets Luigi’s Mansion. Image & Form Games – now known as Thunderful Development – has a history of co-opting proven mechanics and mashing them up to create something new. But while the SteamWorld series consistently delivered innovative experiences across a wide range of genres, The Gunk only manages to imitate its inspirations without offering anything original. Even its story – which serves as a cautionary tale about over-indulging and the importance of ecological preservation – treads through well-worn (goopy) ground. While its characters are charming and its environments visually stunning, The Gunk doesn’t do anything that other games haven’t already done better.

In an Alien-esque future where the Earth has been drained of its resources, space haulers Rani and Becks arrive on an uncharted planet hoping to recover some rare metals to make a quick buck. As Rani sets out to scan for resources, she quickly discovers pockets of parasitic gunk infecting the flora and corrupting the fauna. Using her vacuum-like power glove, Rani begins clearing the gunk and healing the planet. Though Becks wants to focus on the mission and forget the gunk, Rani can’t ignore the call to adventure, and sets off into the wild to find the source of the gunk and stop it from destroying the planet.