The second game in The Dark Pictures Anthology series, Little Hope, has a surprise twist ending that is sure to leave many players reeling. Just like its predecessor Man of Medan, Little Hope’s ending has already proven to be divisive among players. If you were left more confused than satisfied by the game’s conclusion, let us shed some light on Andrew/Anthony’s ultimate fate. Obviously, we’re going to be in heavy spoiler territory from this point forward.

What Happened In The Dark Pictures Anthology: Little Hope?

The story of Little Hope is told across three timelines: a 17th-century Witch Trial, a 1970s family home, and a present-day road trip where a group of students have just survived a bus crash with their teacher. Starting in the ’70s, a family of six is killed when, at the behest of some shadowing presence, the youngest daughter uses the kitchen stove to set a doll on fire and burn down the house. The entire family is killed in the fire except for the youngest son, Anthony, who runs back into the house as it burns down.

Next, we’re introduced to a group of four students — Andrew, Angela, Daniel, and Taylor — and their teacher, who have all just been in a bus crash. At this point, it should become immediately apparent that these are the exact same people who died in the house fire. With the bus driver now missing and the bus (called “The Ferryman”) out of commission, the “survivors” set out to look for help.

Of course, things quickly turn supernatural. After meeting a despondent drunk in an abandoned bar nearby, two of the students are grabbed by a ghost that transports them to the 17th century. There they meet a little girl named Mary — the same little girl that started the fire — and the story of a witch trial and a malevolent Reverend starts to unfold.

As the group explores the abandoned town of Little Hope, each person is gradually transported back to the 17th century to watch the witch trial. As it turns out, each of them has a “double” in attendance, all of whom are executed at the behest of Reverend Carver, who forces Mary to accuse them of communing with the devil. For every character whose double is killed at the trials, a demon is born in the present day who relentlessly pursues the group.

Eventually, the group learns that their doubles can see and hear them in the past. Unfortunately, their attempts to intervene and stop the executions fail and, eventually, four different demons — one for each character that is executed — are born in the present and begin hunting the group.

In the end, Reverend Carver turns on Mary as well and tells the court she is controlled by the devil and that they have all been deceived. If the group can convince Andrew’s double — the only one still alive in this timeline — to defend Mary and turn over evidence against Carver, the present-day demons will disappear and the night of terror will end.

What Happens At The End Of Little Hope?

No matter who survives the night and what choices are made, the big reveal comes when the group finally makes it out of Little Hope alive. Vince, the drunk from the abandoned bar, will return and tell Andrew that he knows what happened wasn’t his fault. He tells Andrew where to find a phone to call for help, and tells him not to ever come back to Little Hope. When Andrew and the group reach the nearby diner, it is revealed that Andrew is actually the missing bus driver, who is actually Anthony all grown up. Having survived the house fire, he was so overcome with guilt — made worse by the people of Little Hope like his sister’s boyfriend Vince — that he suffered a psychotic break. 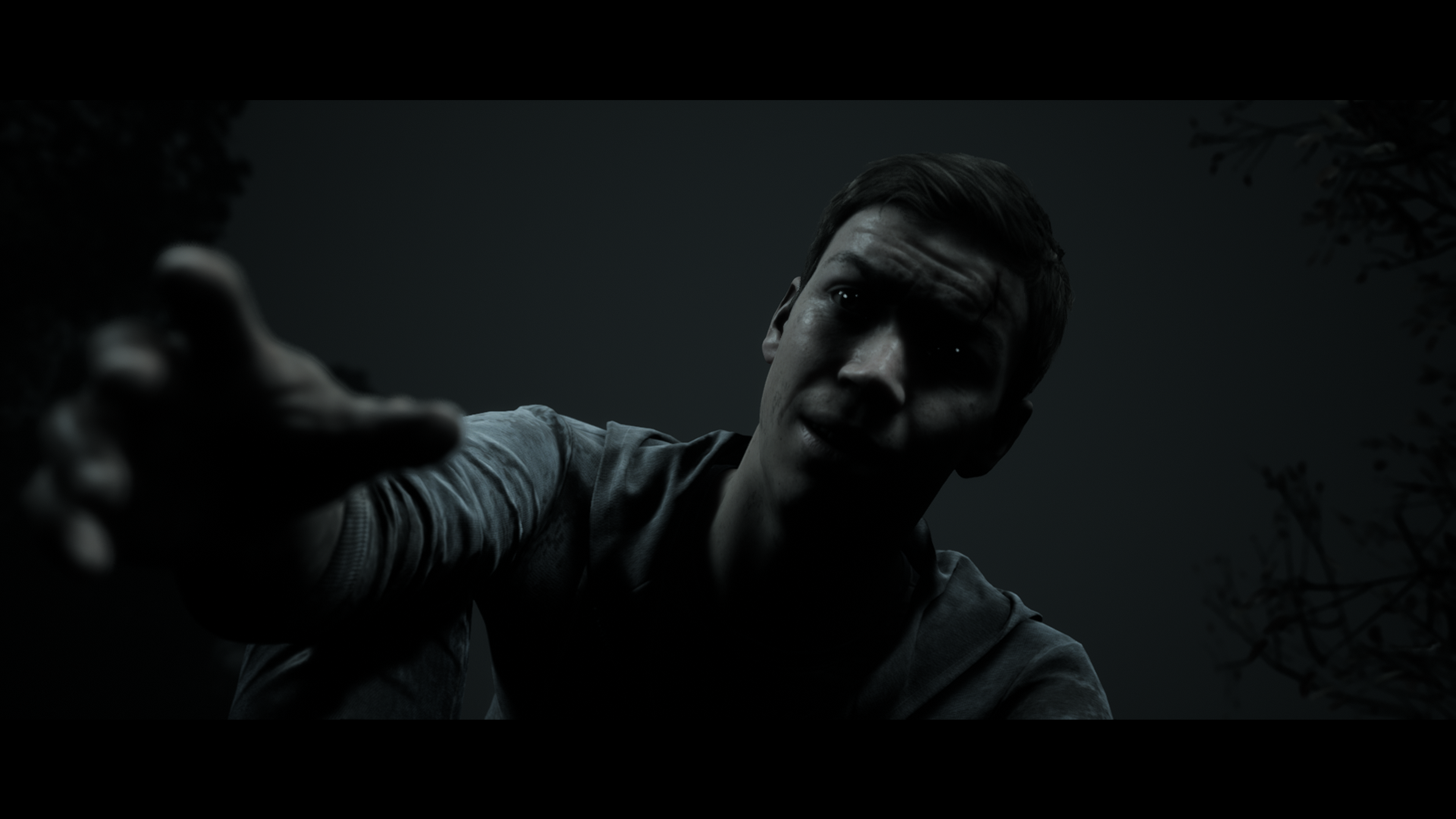 All of the events of Little Hope starting after the bus crash are 100% imaginary. The story of the 17th-century witch trials and the fight against the demons were all in Anthony’s mind. His family died in the house fire. Bringing them back to life to fight their demons and saving “Mary” from Reverend Carver was his way of processing his guilt, forgiving his sister for starting the fire, and finally being able to move on.

So Nothing In Little Hope Actually Happened?

Once you realize the events of Little Hope didn’t literally happen you have to think about the sequence of events metaphorically and thematically to appreciate what Supermassive Games did with this story. Anthony is rewarded with a nice character arc by the end of the story, but that isn’t to say the narrative isn’t without some logical flaws.

Anthony has to deal with some major trauma through Little Hope, and his mind has created an elaborate Shutter Island-style story to process his grief. Andrew is mistakenly seen as the one responsible for the fire by the community. We know this because of the way Vince looks at him at the funeral and because Vince forgives him in the end. Additionally, the judge who condemns each of the characters in the 17th century is also the neighbor that finds Anthony holding a book of matches outside the burning house. Part of processing his trauma is about making peace with his survivor’s guilt, and he is able to do that by getting forgiveness from Vince and by convincing Abraham to show the judge the evidence against Carver that ends the witch hunt, thereby absolving Mary of guilt and absolving himself and his family of responsibility for the fire. The other thing Anthony must do to process his trauma is to forgive his sister Megan for starting it. This one is definitely much harder to reconcile. Anthony dreams up a story about an evil preacher in the 17th Century that tricks Mary (the stand-in for Megan) into condemning each of Anthony’s family members. They are each killed in ways that mirror their deaths in the burning house (Tabitha and Tanya are both hanged, James and Joseph are both crushed, etc.) To get the good ending, Anthony has to realize that the deaths aren’t actually Mary’s fault, but that she is under the control of Reverend Carver. If he convinces “himself” (his 17th-century counterpart Abraham) then the curse is lifted and Anthony is able to finally make peace with the fire and forgive his sister.

This is where things become more open to interpretation. Anthony imagines an evil force (Carver) commanding Mary to do evil things, which of course mirrors what actually happened: some dark entity convinces Megan to start the fire and kill her family. We are left wondering who or what the dark entity was, why it manipulated Megan, and further, how Anthony came to the conclusion that it was some kind of evil force that was responsible for the fire and not his sister.

While exploring Little Hope and collecting secrets, it’s clear that the Carver figure reappeared in every generation to manipulate and control a little girl. Players can find a rather Draconic parenting book about childhood behavior as well as correspondence between a preacher and a parent of a misbehaving child. Of course, these details are also part of Anthony’s hallucination, so it’s hard to determine if these clues inform the story thematically or if they’re just red herrings.

There are other little threads to connect, such as the significance of Megan’s doll that starts the fire and Mary’s doll that can also be burned, but in the end, the only thing that happened in reality is the fire, motivated by some kind of mysterious dark entity. Perhaps this spirit will return in the next installment of The Dark Pictures Anthology, but it didn’t appear in Man of Medan, so it seems unlikely to be a connective narrative thread between the stories. 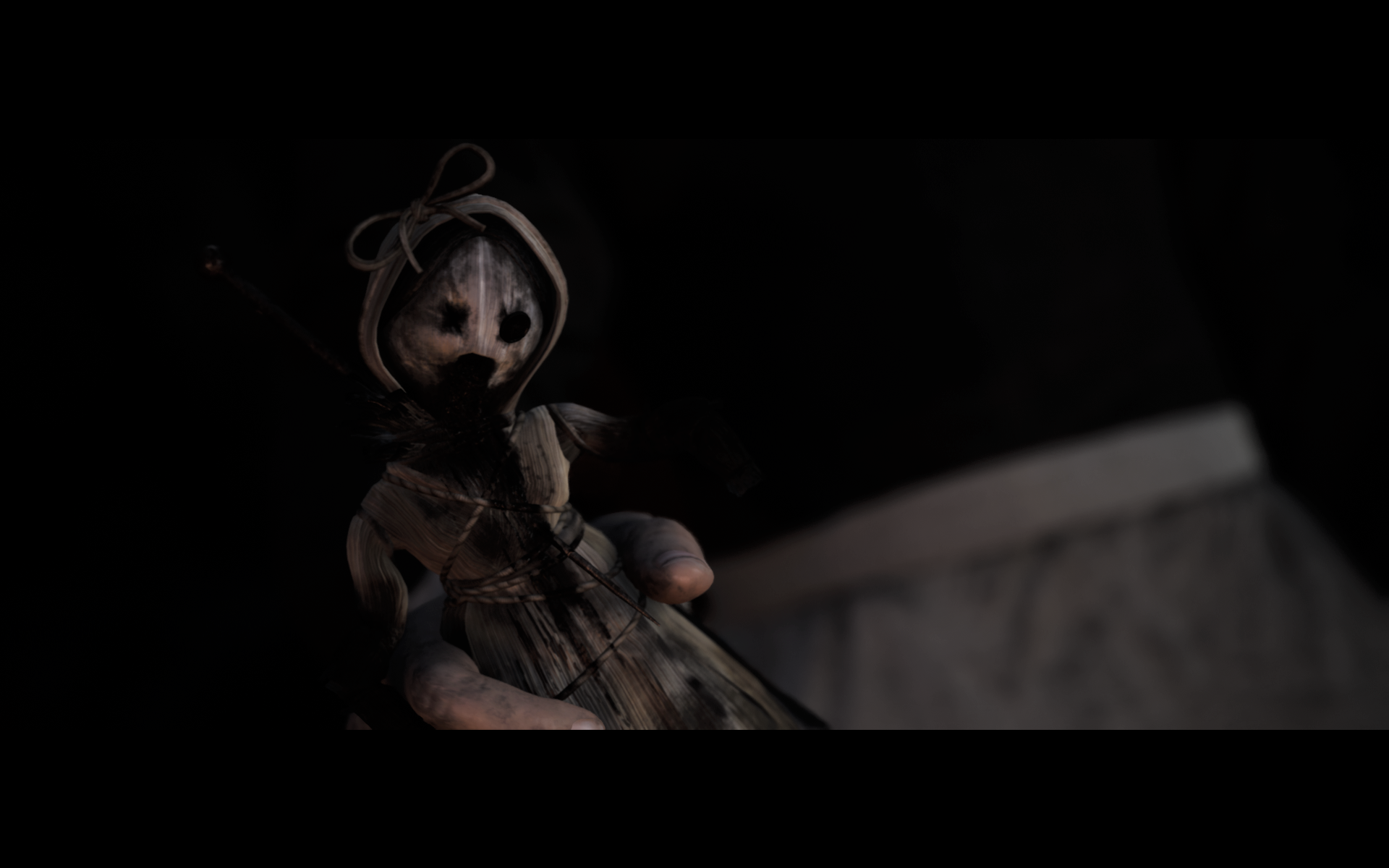 Personally, I’m most let down by the lack of resolution or closure for each of the other characters besides Anthony. We know each of them is flawed in different ways — James’ drinking is tied to ineffectiveness as a father, for example — but it just doesn’t seem like there’s an opportunity to resolve or overcome those flaws through the story. Each character is required to face their own personal demon, but the 17th-century versions of them don’t really have the same flaws to overcome, and the way they face their demons — with violence — doesn’t really communicate character growth. Unless the takeaway is that they were all cowards in life and they had to learn to be brave in Anthony’s hallucination, I just don’t see how any of them found redemption in this story.

Ultimately, whether or not Little Hope is satisfying to you comes down to how far you are willing to dig into the themes that connect the different timelines. I tend to agree that the twist cheapens the whole thing, but it’s clear there’s more to it than just a twist for the sake of it.