It’s almost the end of the year, which means it’s time to look back over 2020 and have a little laugh at some of the dumb shit that happened. I know video games are extremely serious but work with me on this. 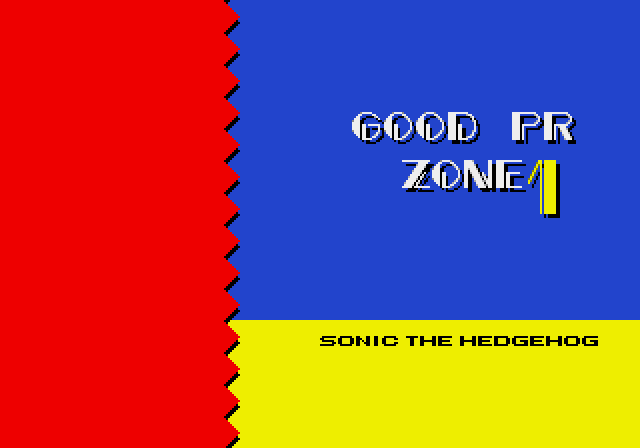 It’s generally good etiquette to let a PR person know when you’re about to tank their game’s Metacritic score. Nobody ever tries to influence that, and most PR people are pretty cool with it, but some do take it personally because it’s something they’ve been working on for years. If this happens, they won’t say anything, but the next game code might turn up later for you than it does at other outlets. One PR person I won’t name had the best response to my “Apologies in advance, my review is quite harsh” courtesy email. Here it is:

“Fret not, I’m just the PR guy contracted to [redacted],” he said. “Your impressions will likely be mirrored throughout the industry. I’ll be tracking all the wonderful coverage tomorrow morning. My job is just to be the middleman. I don’t control the actual product itself. Trust me, if the game was better my job would be a lot easier – just please respect the embargo and then we can all laugh about this down the line.” 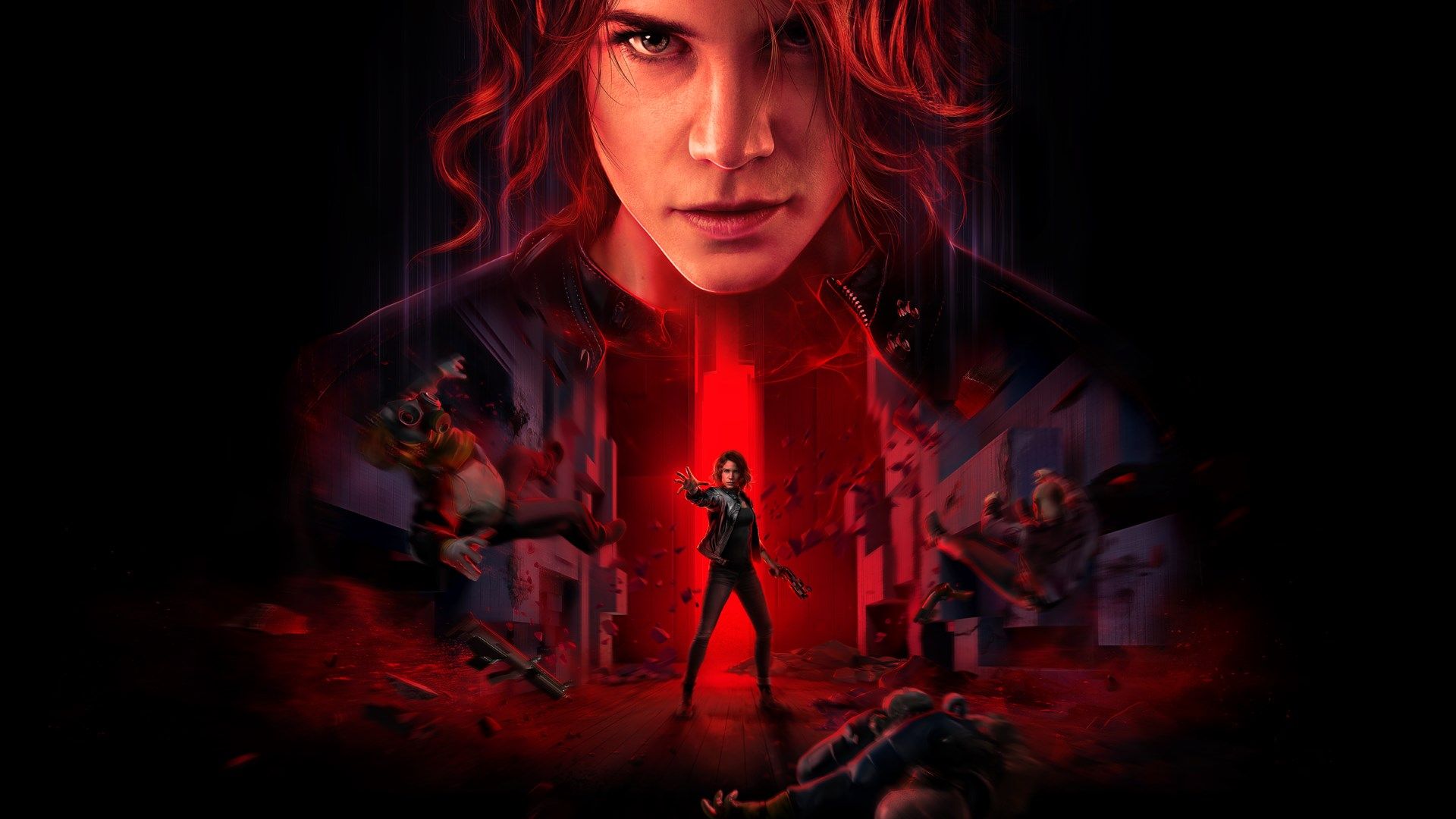 In a world where even Activision is letting people pay just £5 to upgrade their current-gen version of Call of Duty: Black Ops Cold War to the PS5 and Xbox Series X/S version, 505 Games stands out as the publisher who fucked it the most. Control: Ultimate Edition is a full-priced game with no clear upgrade path. Whether you own the original or not, you have to pay a wad of cash for the next-gen version – despite the original game already having things like ray-tracing support on PC.

“We spent several months exploring all of our launch options for Control Ultimate Edition and no decision was taken lightly,” 505 Games previously said on the Control website. “While it is challenging bringing any game to next-gen platforms, we quickly realised it was even more difficult to upgrade our current user base to next-gen with full parity across platforms with our year-old game.

“Every avenue we pursued, there was some form of blocker and those blockers meant that at least one group of players ended up being left out of the upgrade for various reasons. As of today, we can’t offer an upgrade to everyone, and leaving any one group out feels unfair. We understand that is not what you want to hear.”

The cherry on top of this shit-filled sandwich is that 505 accidentally upgraded Control’s Deluxe Editions to the Ultimate Edition, despite saying it was, in fact, impossible. Brilliant work all around, I say.

To make matters worse, Control’s performance on original last-gen machines like PS4 and Xbox One was notoriously dogshit. The heavy use of physics objects and destructible scenery combined to make it a bit of a slideshow on old hardware. Whether you suffered through that or not, you’re going to have to cough up the cash to enjoy the excellent game as intended.

Best Use Of A Woman To Boil Gamer Piss 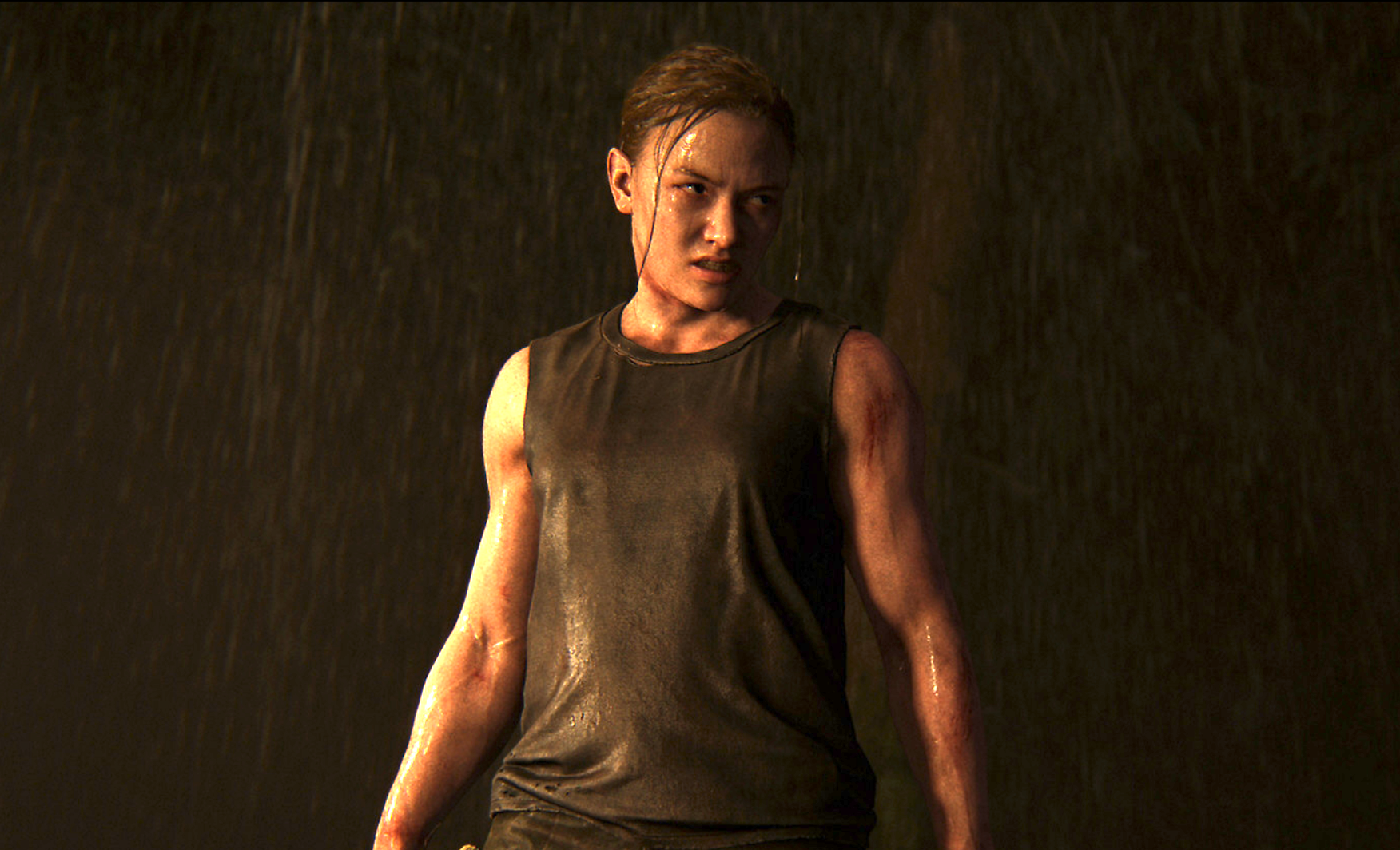 Abby is one of the best characters we’ve had this generation, but she angered the gamers by having bigger muscles than them. Some people just can’t handle the fact that some women could crush their larynx underfoot, and I think it’s kind of beautiful that a video game allowed those guys to out themselves. Lads, plenty of real women could bench press you – get over it. 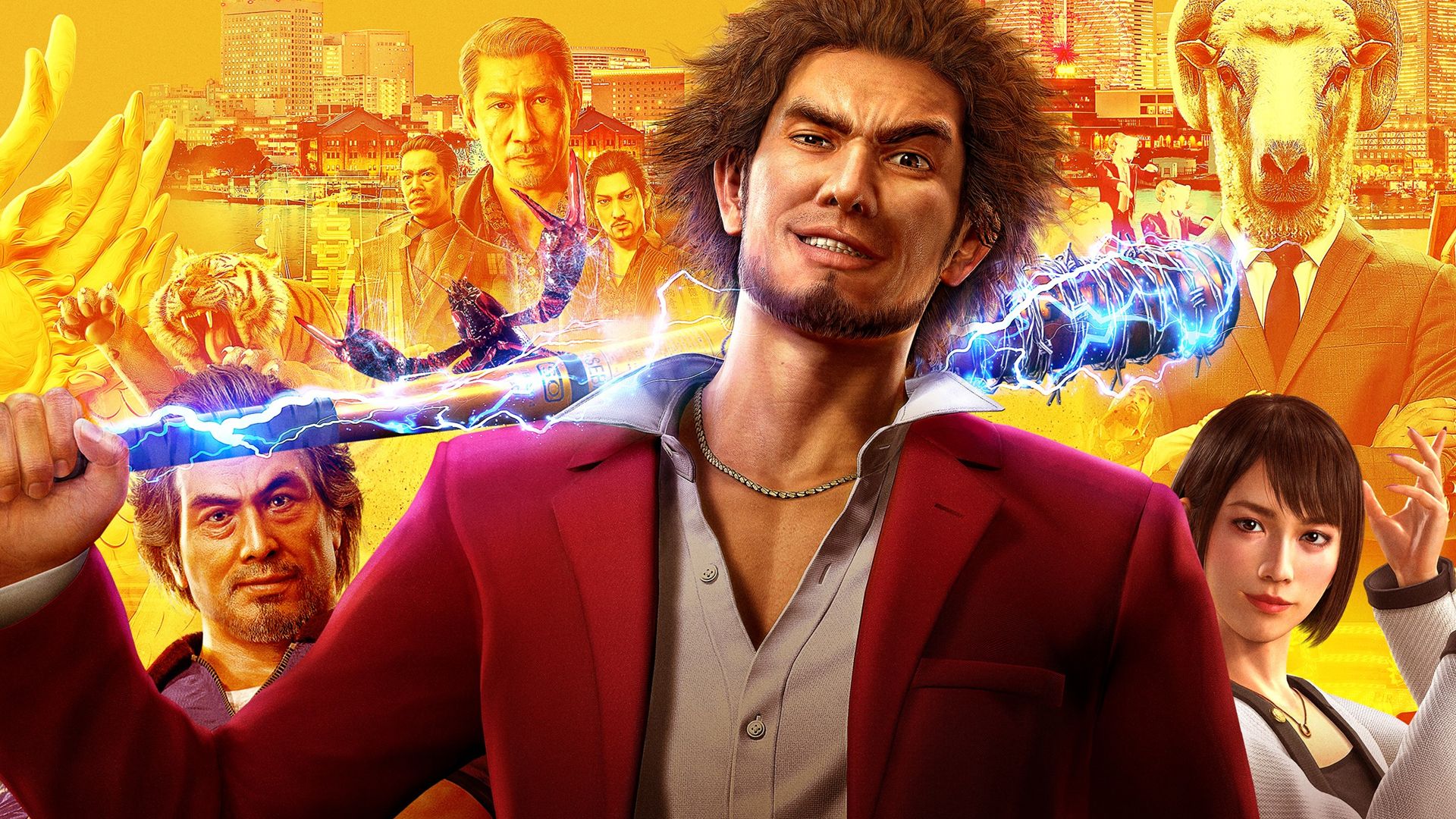 Yakuza: Like a Dragon is a special game that you should play immediately. Part of its appeal is down to Ichiban Kasuga, an all-new series protagonist. It would have been easy for the Yakuza developer to do another Kazuma Kiryu – a stoic, no-nonsense hard bastard who will knock you out by kicking a door into you. Sure, Kiryu has his softer side, but he’s a serious dude.

Kasuga, on the other hand, is Himbo Prime – a slightly clumsy idiot with a heart of gold. He’s loyal like a street dog you just nursed back to health. Kasuga is like a big kid who happens to be made of bricks, and he sees the world with the joy of a child, even envisioning street brawls as turn-based battles in a Dragon Quest game. He’s a big old dork and I love him. 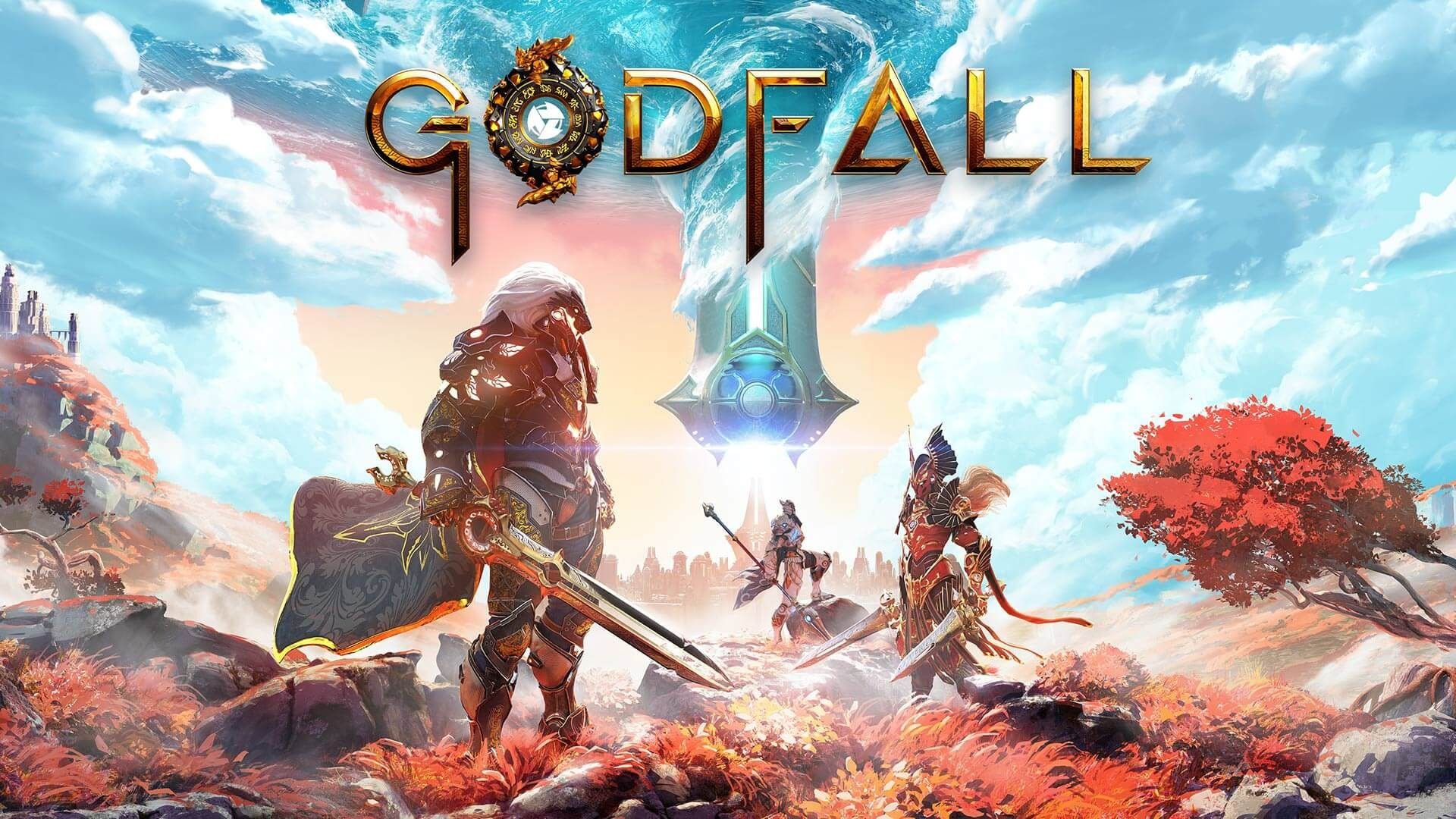 It’s pretty and it’s shallow – Godfall is the quintessential launch title. There’s always one of these games at launch, tempting you to jump in with their shiny graphics and sexy particle effects. Godfall is one of those. To make matters worse, it’s also a loot game where you endlessly grind for better gear while characters occasionally talk at you with lore dumps that nobody cares about – not even the writer’s mum. 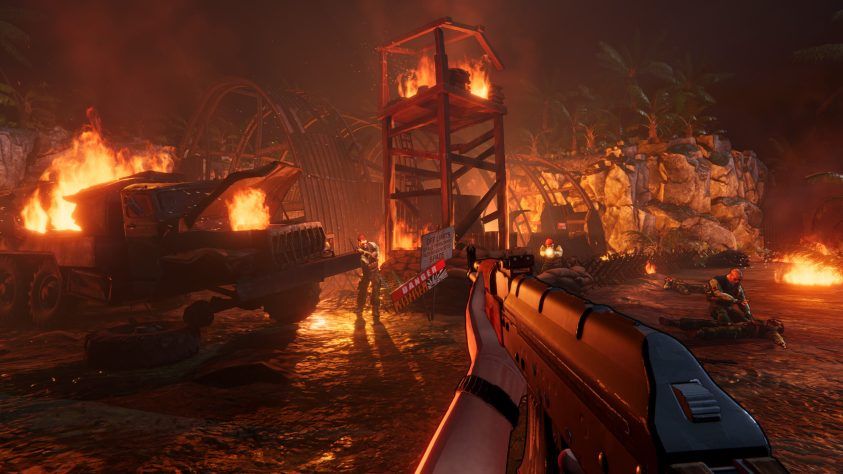 However you feel about the original release of XIII, there’s no denying its cel-shaded comic book art style was the best thing about it. It popped off the screen with its colour and bold outlines, each knife throw accompanied by a comic panel “thwip”.

The XIII Remake completely ruins that art style, despite the developer promising the game would respect it. The remake now looks like one of those fake games you’d get in a ‘90s cop drama to highlight how video games were making a kid violent or something. It’s like when fans with good intentions release stuff like “here’s what The Legend of Zelda: The Wind Waker would look like in Unreal Engine and after a succubus has hoovered its soul out of its face, please upvote”. 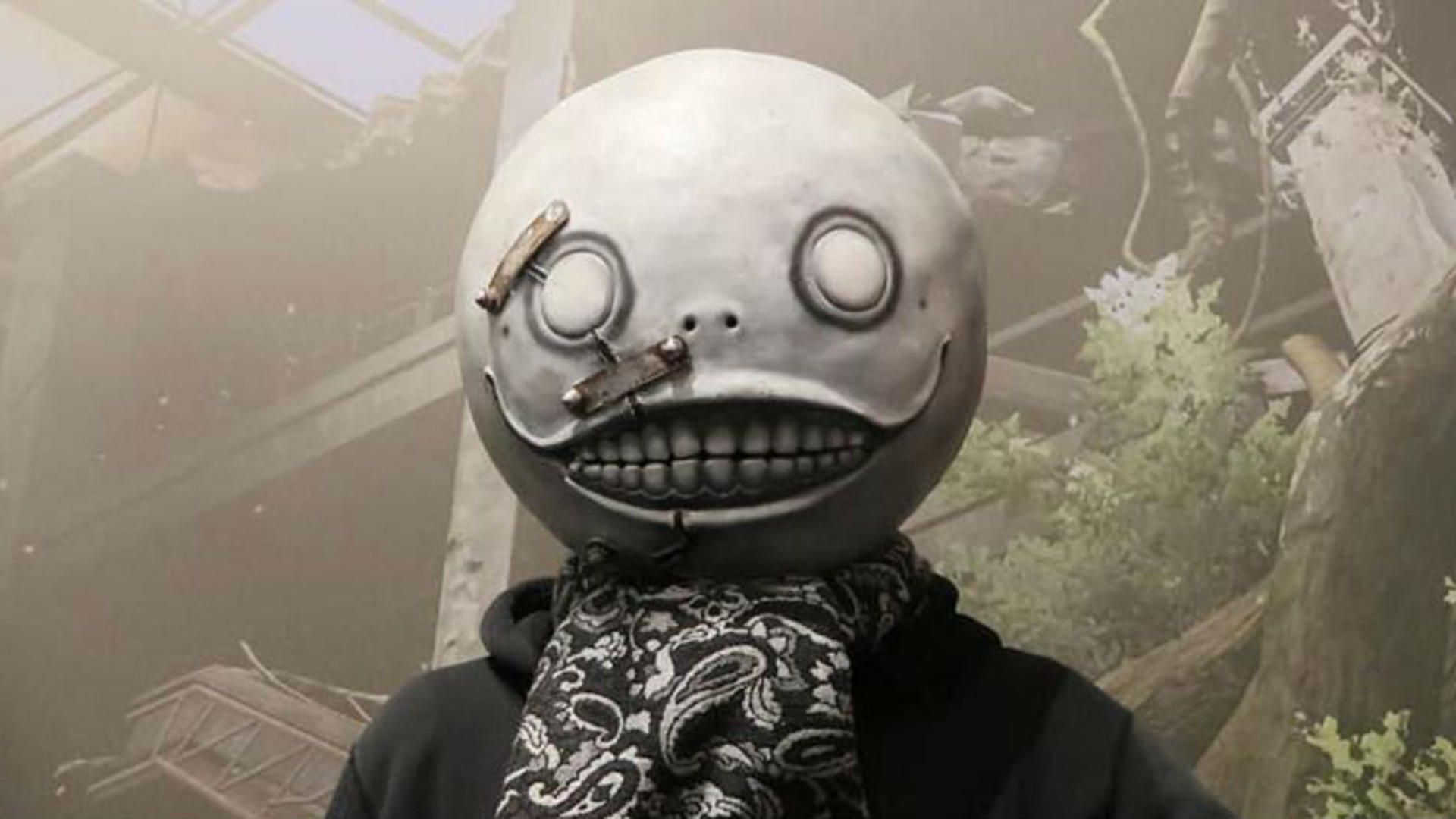 We recently reached out to a bunch of industry professionals and asked them for their favourite game of the generation. Not only did Yoko Taro, director of Nier Automata, give us a GameCube title as his choice, but he also pointed out that Edge Magazine had asked him the same question, highlighting how unoriginal we are. 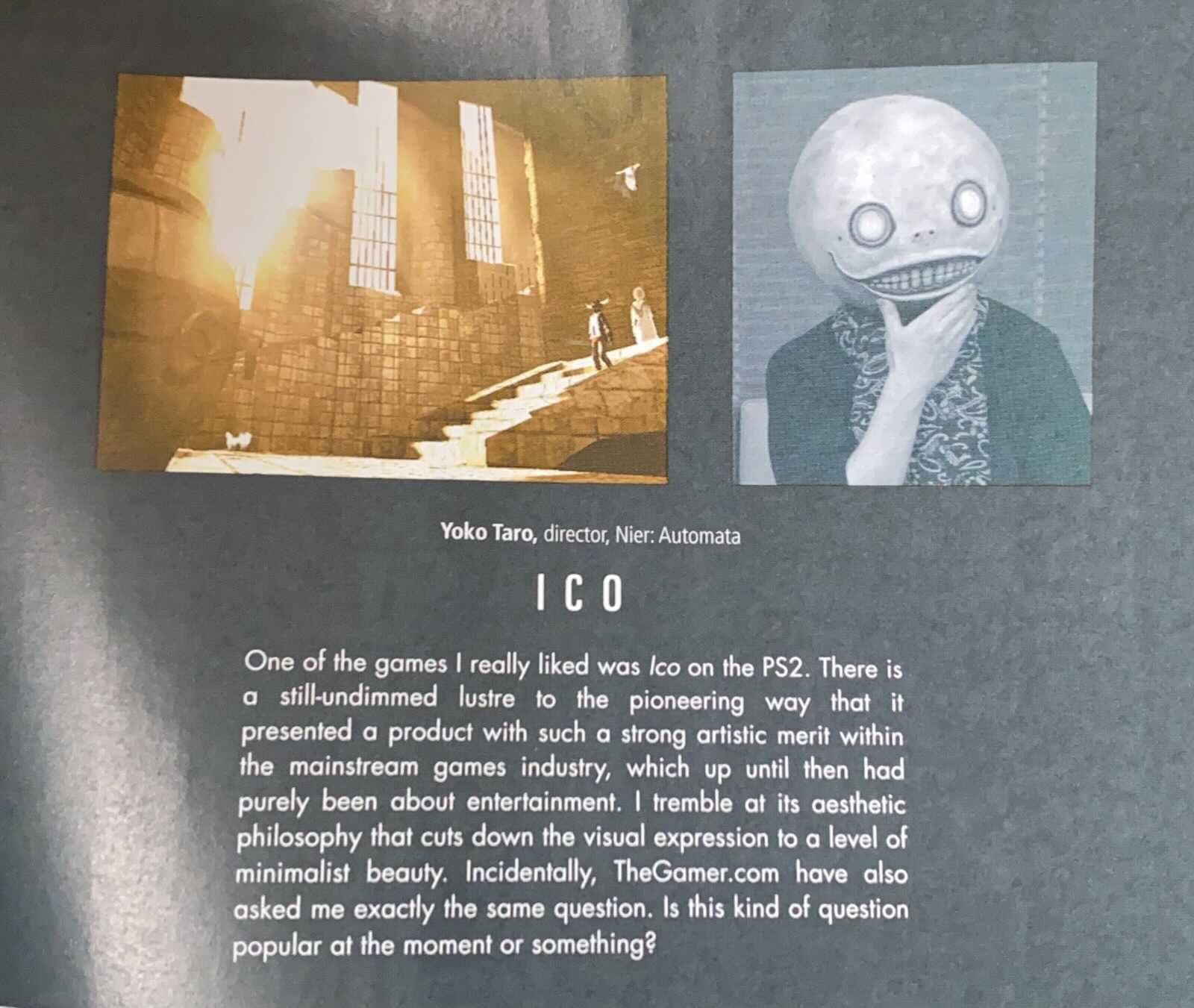 He did the same to Edge Magazine as well, as you can see in the image above. Except he gave them a PS2 game.

Congratulations On Hiding Your Game Award 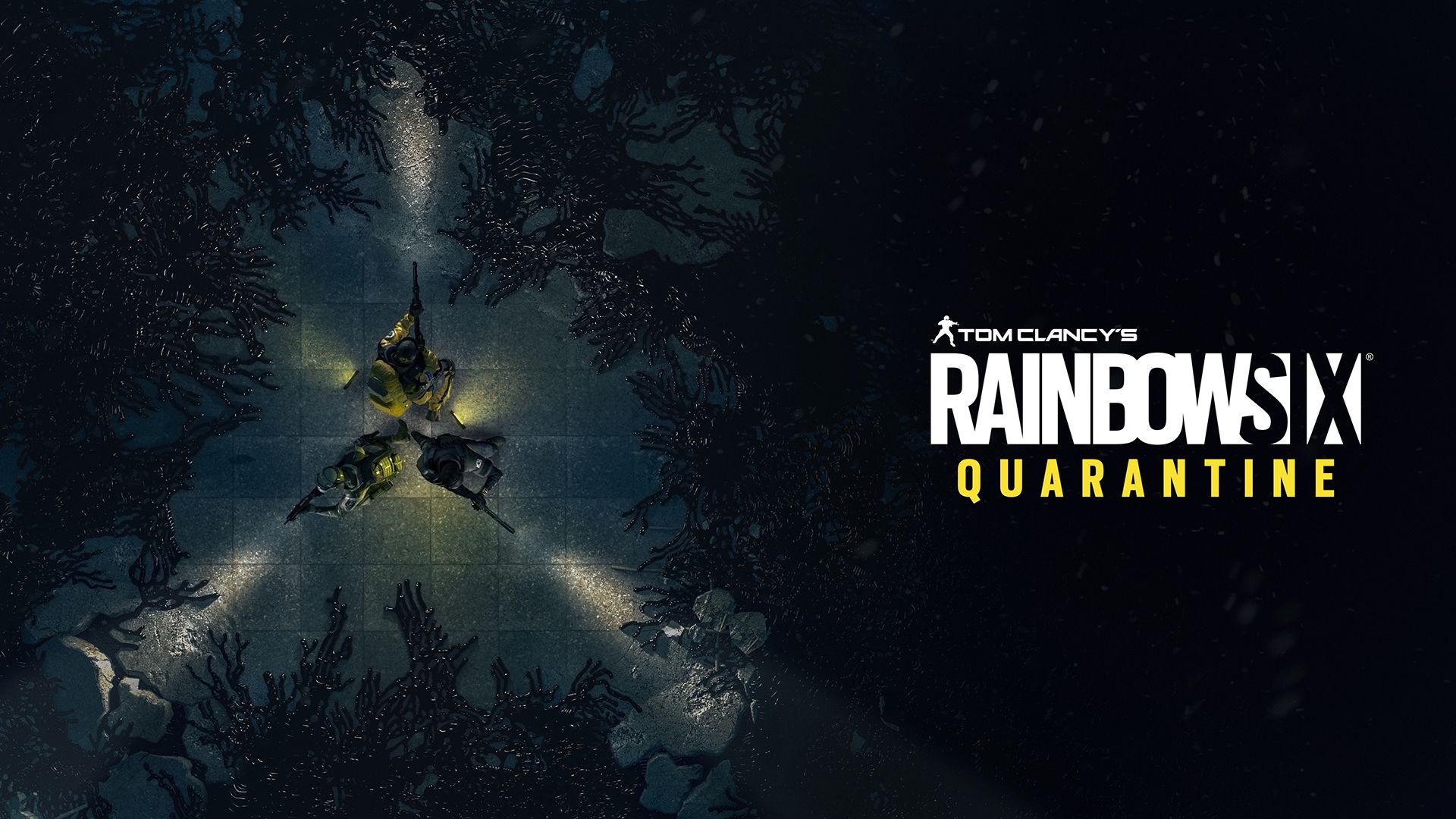 Rainbow Six Quarantine was supposed to come out this year, but Ubisoft went completely silent on it and quietly pushed it to 2021. Maybe it’s something to do with the fact we’re in an actual, real pandemic and the game is called Rainbow Six Quarantine. Maybe that’s got something to do with it. Either way, I’d consider this a successful stealth mission – most people have forgotten it even exists. Let’s come back to this when there’s a vaccine, eh? 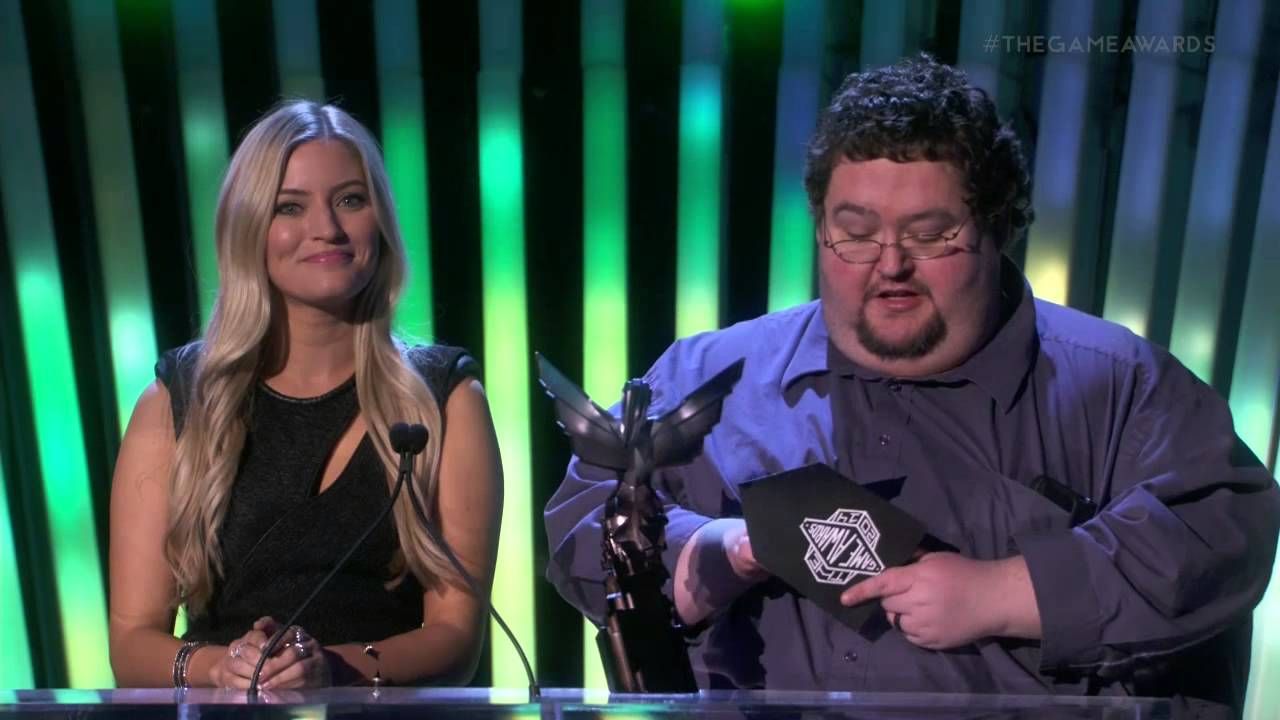 The Game Awards 2016’s Trending Gamer is back to win another award. This year, the influencer hit the news for *checks notes* firing a loaded gun at another YouTuber. [Editor’s note: maybe we should be more careful who we hand these awards out to next year?] 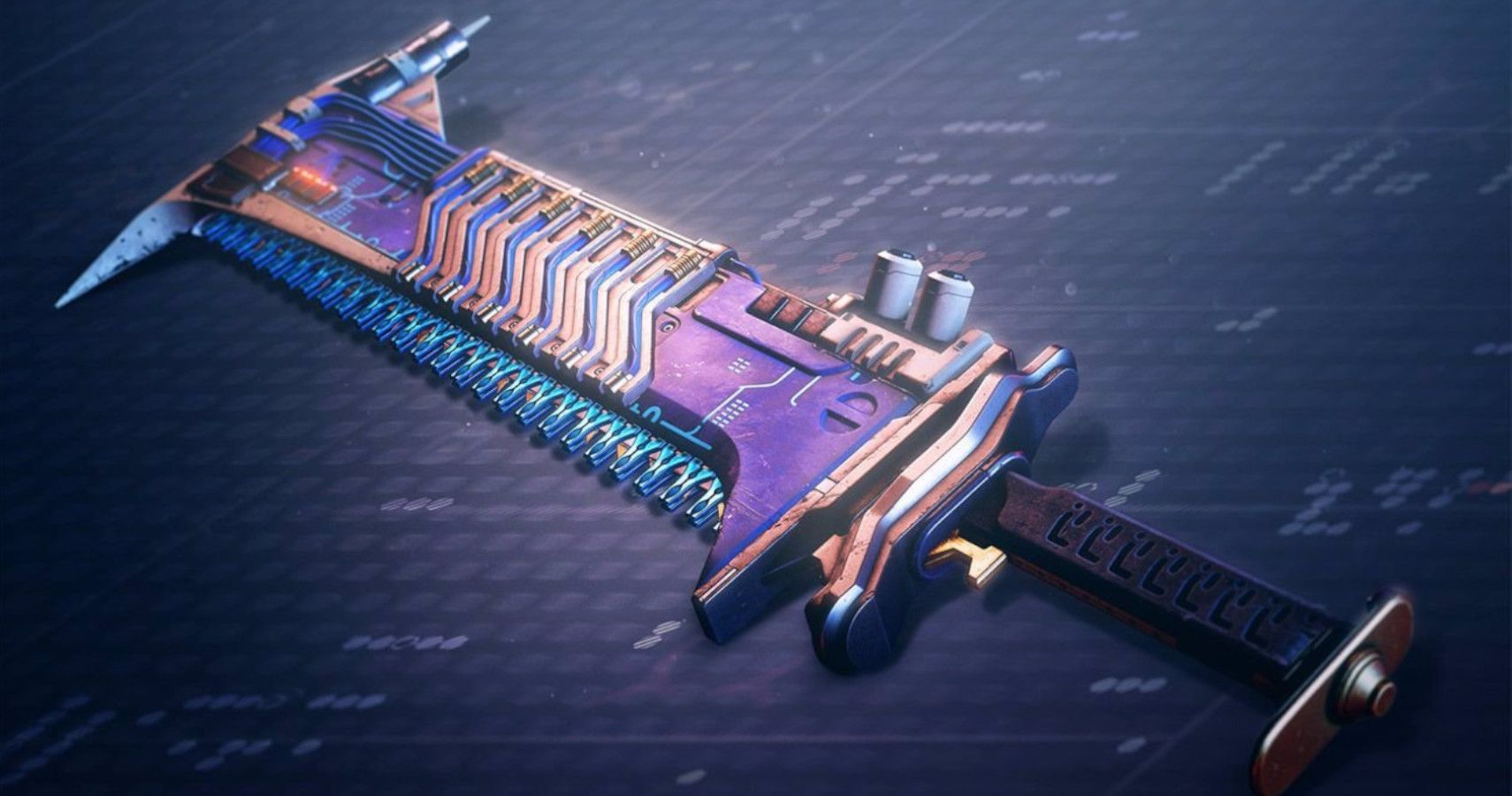