Making and selling a video game is a challenging task that includes a large team of people, many of whom are often forgotten about. Yes we praise (or scorn) the developers who are directly responsible for the game itself, but we give little thought to the marketing team. Yet if it weren’t for these people we wouldn’t even hear about some of our favorite games. Marketing can be just as essential to a game’s sales as its overall quality. It can also be just as harmful.

To market a game is to make it stand out. That sounds obvious, but it can be very difficult. How do you capture a consumer’s attention in a world where people hate ads to the point where they install software to block them? Some people get creative. They pull off a big stunt that makes headlines and inspires viral sharing. Unfortunately, stunts have a chance of backfiring. Here are five marketing stunts that drew attention for all the wrong reasons. 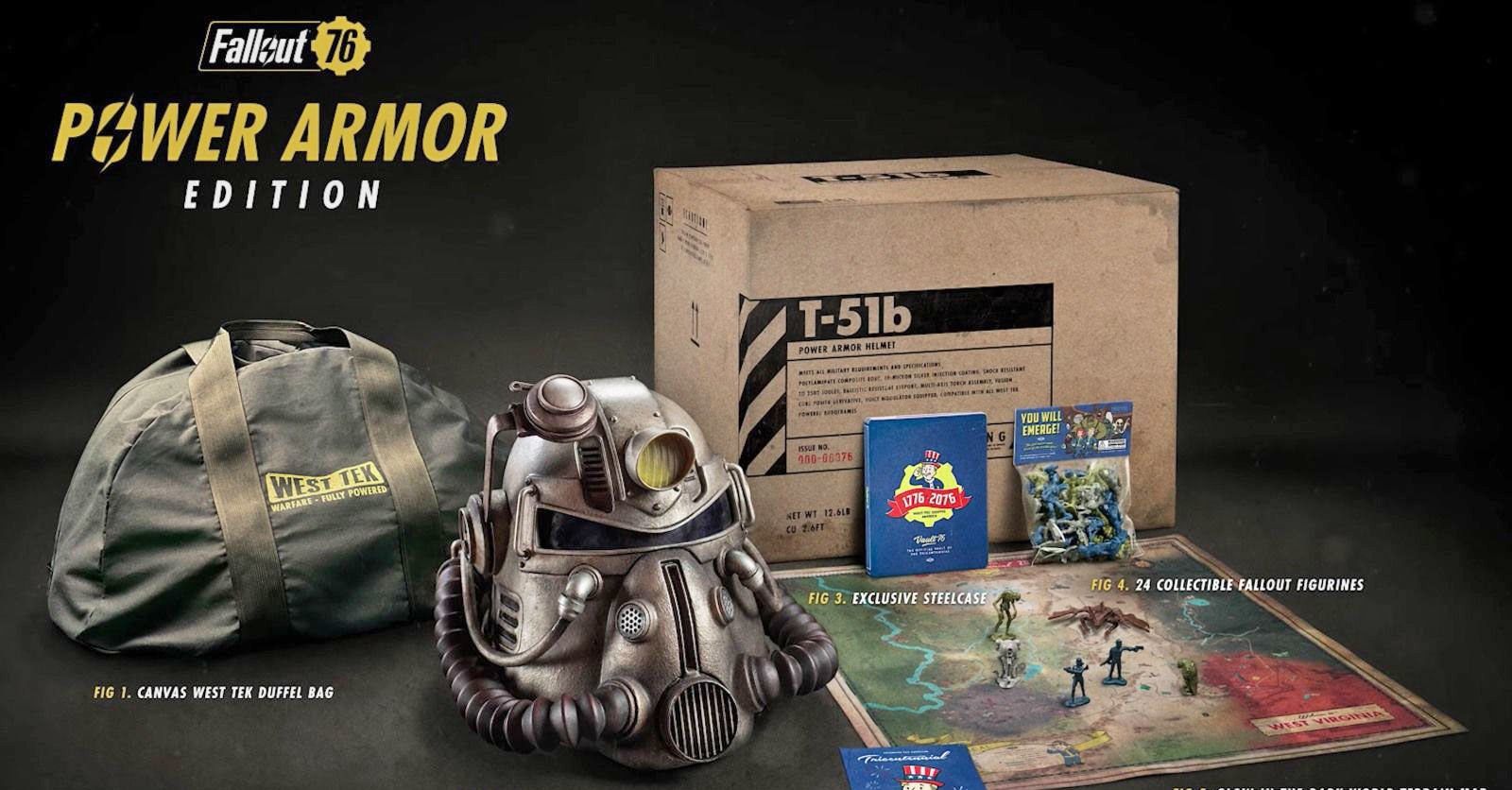 Bethesda’s PR for Fallout 76 broke one of customer service’s most simple rules: don’t assume the customer is an idiot. The game had negative reception from its announcement. Instead of the deep single-player experience fans hope for from Fallout, they were being given an MMO. Bethesda then decided to try and pull one over on this already suspicious audience.

The Power Armor Edition of Fallout 76 was the premium collector’s edition. One of the items included was a canvas duffle bag. Except what buyers ended up getting was a flimsy nylon bag. That sounds so “first world problems” but it was huge at the time. Bethesda clearly tried to cheap out on a promised item when fans were already upset. It then came out later that influencers got a nice bag at a Fallout 76 event, stoking the fires even more. Overall, it was a total marketing fail. 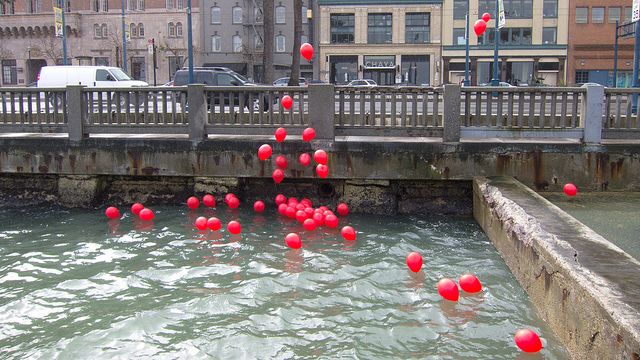 To build up hype for the release of Homefront, someone decided to release a bunch of red balloons in San Francisco. The idea is that they would fly over the Game Developer’s Conference and create quite the spectacle. There was a spectacle alright, just not the kind they were hoping for.

The balloons quickly fell en masse into the waters of the San Francisco Bay. GameStop was dragged on Twitter for the environmental risks posed by the stunt. The company quickly shifted focus to Homefront publisher THQ, who said the balloons were fine because they were “soy-based, biodegradable balloons.” The city of San Francisco didn’t go for that, and slapped THQ’s PR firm TrashTalkFCM with a $7,000 fine. 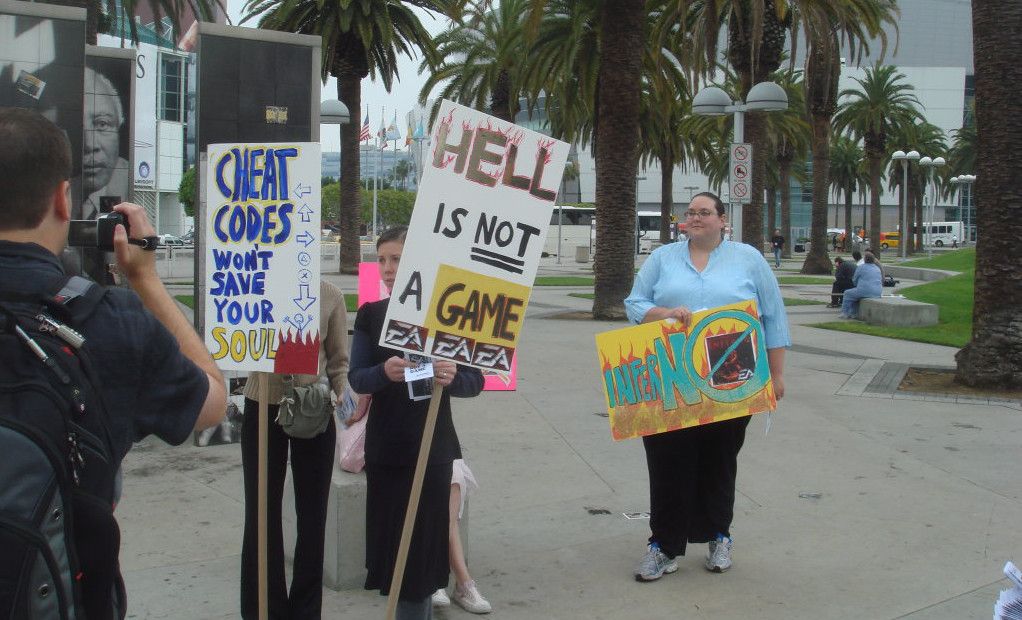 EA thought it would be a great idea to play into the notion that controversy sells for Dante’s Inferno. It hired a “viral marketing agency” to stand outside E3 2009 and protest the game. The plan was to make it look like a religious group was opposed to the game, thus painting it as some hardcore stuff. It some ways that makes sense. Mortal Kombat thrives on its history as the symbol for violent video games. The problem was how clearly fake the protest was.

Signs bore slogans like “Trade in your PlayStation for a PrayStation.” Uh-huh. It only took a few days for the protests to be exposed, and EA confirmed it was all a stunt. 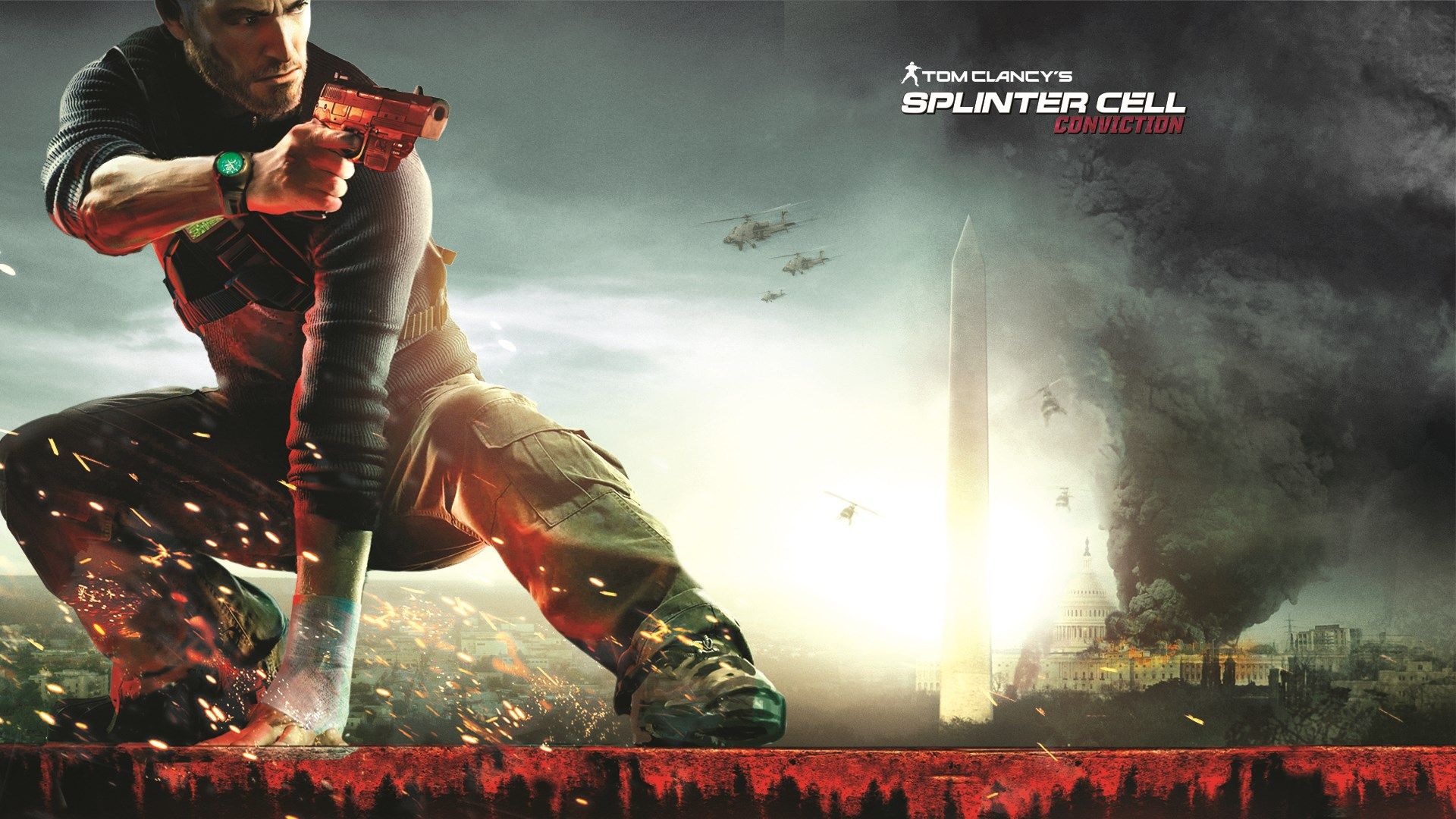 Back in 2010, New Zealand police were called to a dangerous scene. A man went into the Viaduct Basin in Auckland and pulled a gun on bar patrons. He had bandaged hands and was clearly unstable. He was also marketing Ubisoft’s Splinter Cell Conviction.

That’s right, Ubisoft (or rather, Ubisoft’s New Zealand marketing partner Monaco) thought it would be a great idea to have a man walk into a bar on a Friday night and hold the place up at gunpoint. The gun was fake, and thankfully no one was hurt, but it’s still a confusing situation. It did technically put Splinter Cell Conviction in the news, but not in the best way. 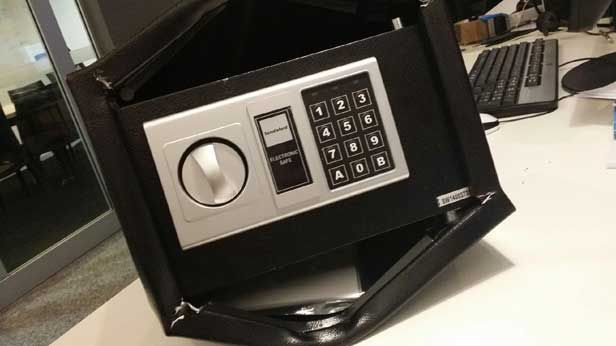 Ubisoft isn’t done yet. Four years later, it again alerted police when it promoted Watch Dogs. Australian outlet Ninemsn got a suspicious package at its headquarters. Inside was a small safe and a note telling the addressed reporter to check her voicemail. She didn’t have a voice mailbox to check, and so went to just open the safe. Then it started beeping.

The police were called and the building evacuated. The cops opened the safe… and found a review copy of Watch Dogs. Ubisoft would later explain that this was a planned Australian promotion. Voicemails were sent ahead of time to prepare news outlets for the package, but since the Ninemsn reporter didn’t use it, it triggered a bomb scare.