Here’s how you can use gestures and emotes in Temtem to communicate your feelings. So long as those feelings fall into exactly four categories.

Temtem just came out on Steam Early Access earlier this week. The game is basically Pokémon, but not. You still leave your sleepy little village to go on a grand adventure to capture tiny monsters with magical powers, and you still have an overly energetic rival and a lazy professor that seems to have no qualms with sending underage children off into the woods to do his scientific research for him. The only real difference is the game is just not called Pokémon.

Oh, and it’s also an MMO. And because it’s an MMO, Temtem also has a selection of emotes for players to use in order to express themselves. Using them is a bit of a departure from Pokémon games, but hardly a challenge for those familiar with MMOs. 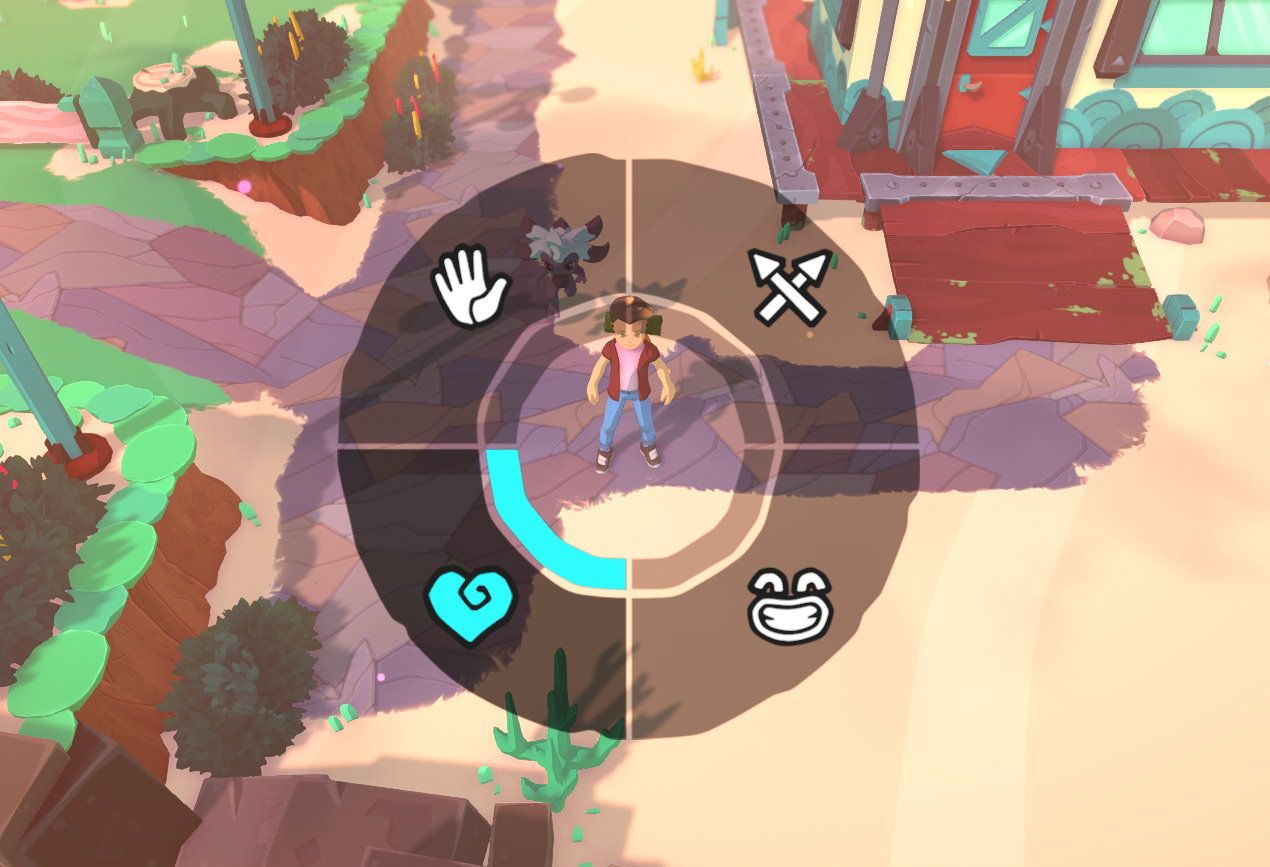 To access your emotes, hit Tab or Esc, then tab over to the second one over that’s got a picture of your head. This takes you to the player actions tab. Next, scroll down and choose “Emotes.” This will bring up the Emote wheel where you can select which emotion you’d like to display.

You only have four options currently: laugh, kisses, wave, or challenging other tamers to battle. Laughing is a little over the top, while the heart icon blows a kiss at whoever is near. Waving is a pretty obvious greeting, and challenging players to battle is a little intense, but appropriate given the setting. 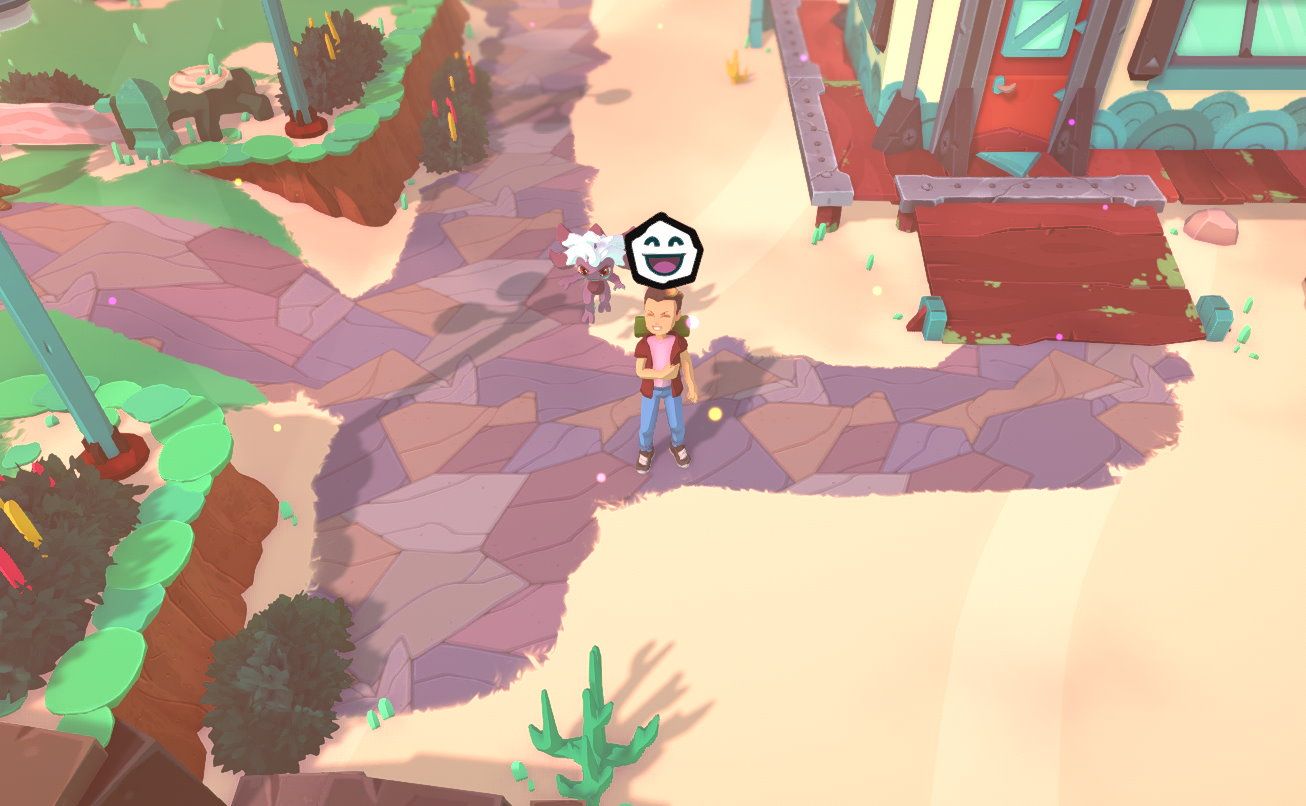 Four options are a bit limiting, but keep in mind this game is still in Early Access and will likely have more content added over time. We’ve already encountered several bridges to nowhere with the sign that says “world in-progress content,” so maybe later on we’ll be able to customize that emote wheel with different emotes.

Temtem is currently available on Steam for $35 USD. According to the game’s Twitter account, the server problems should be mostly solved, so if you’re looking for a Pokémon MMO, Temtem is here for you.