That Exoprimal State of Play… well, it sure happened didn’t it? Although most reptile lovers were left screaming ‘where is Dino Crisis?!’ into a well-worn pillow, fans of a certain group of adolescent evolved samurai tortoises had such a good night that they might as well have just been told that The Next Mutation never happened.

By far one of the biggest surprises of the presentation was Teenage Mutant Ninja Turtles: The Cowabunga Collection, a compilation of 13 different games from the Turtle’s past, including massive hits like the arcade original, Turtles in Time, and even the massively underrated Tournament Fighters. With this and Shredder’s Revenge, TMNT lovers are eating good this year, huh?

Far from just being a nice surprise, The Cowabunga Collection is a show of how retro gaming collections can, and should, be done. More often than not, these collections usually feature three games that are gussied up a bit with some extra art, maybe a few tracks from the OST, and a few bits of trivia if you’re lucky. That’s the Disney Classic Games Collection experience, at least. 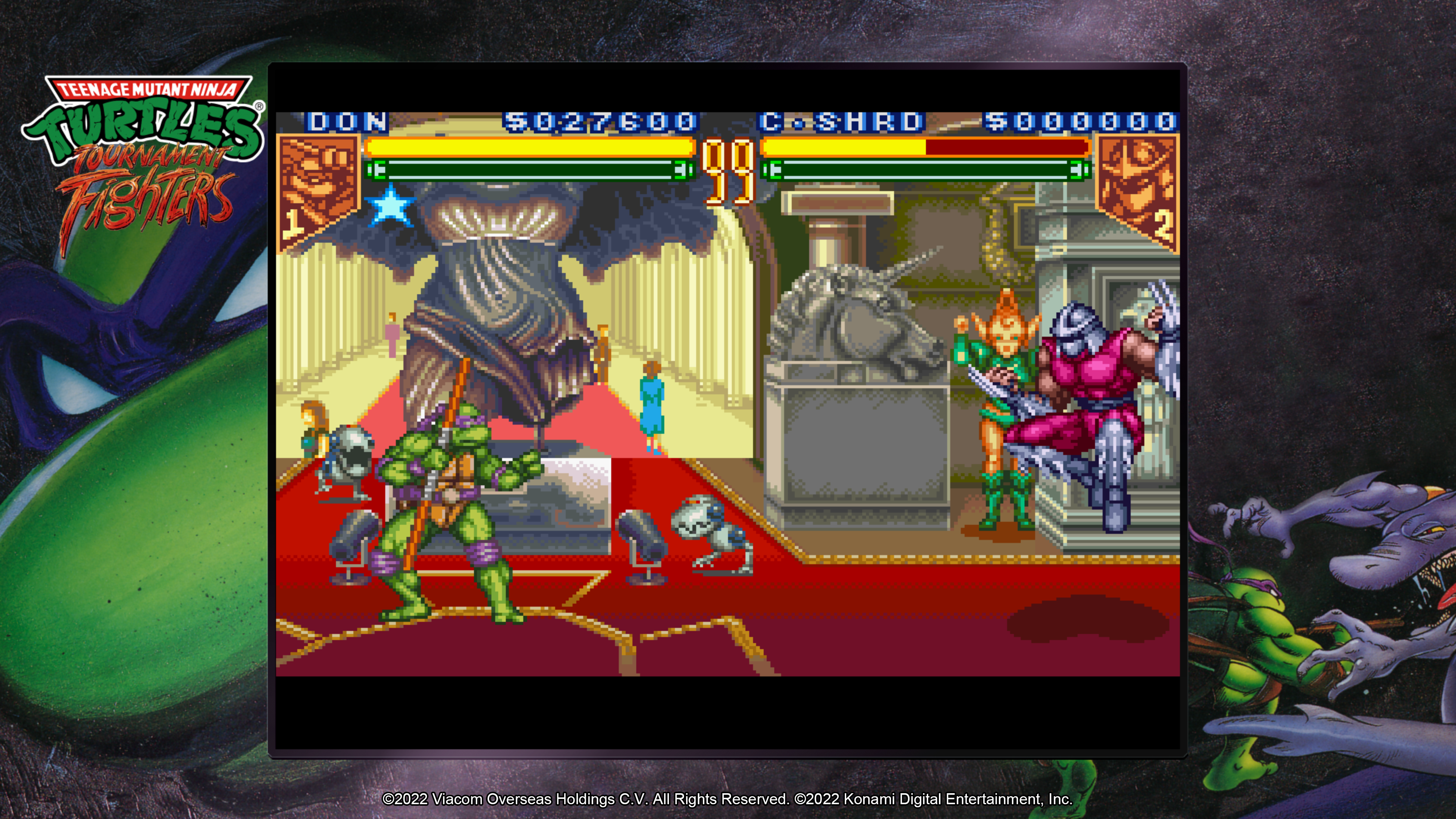 Sometimes they’re even worse than that and miss out some games that really could have been included, or have barely anything in the way of extra features. Where the fuck was Super Mario Galaxy 2, Nintendo? Actually, don’t even get me started on Nintendo, which seems keen to do retro gaming in the worst possible way every console generation, and even cocked up its N64 emulation until recently.

This isn’t the case with the Cowabunga Collection. Rather than three titles, or maybe a cheeky four when you later add in Aladdin, there are nine games here, rising to 13 if you count the different console releases. Besides some of the great collections that Sega has released, that’s one of the biggest collections I’ve seen in some time, and for Ninja Turtles of all things.

There’s a clear effort here to get not only every game, but every version of every game in one collection, which really should be the whole point. It’s admirable too, because everyone knows that there are only two good versions of Tournament Fighters, and that Turtles in Time is better on the SNES, but the lesser releases are still here to make this a definitive collection.

Konami could easily have chucked the 1989 arcade game, Turtles in Time, and Tournament Fighters on one disk and called it a day, but it’s really gone out of its way and taken some deep dives. 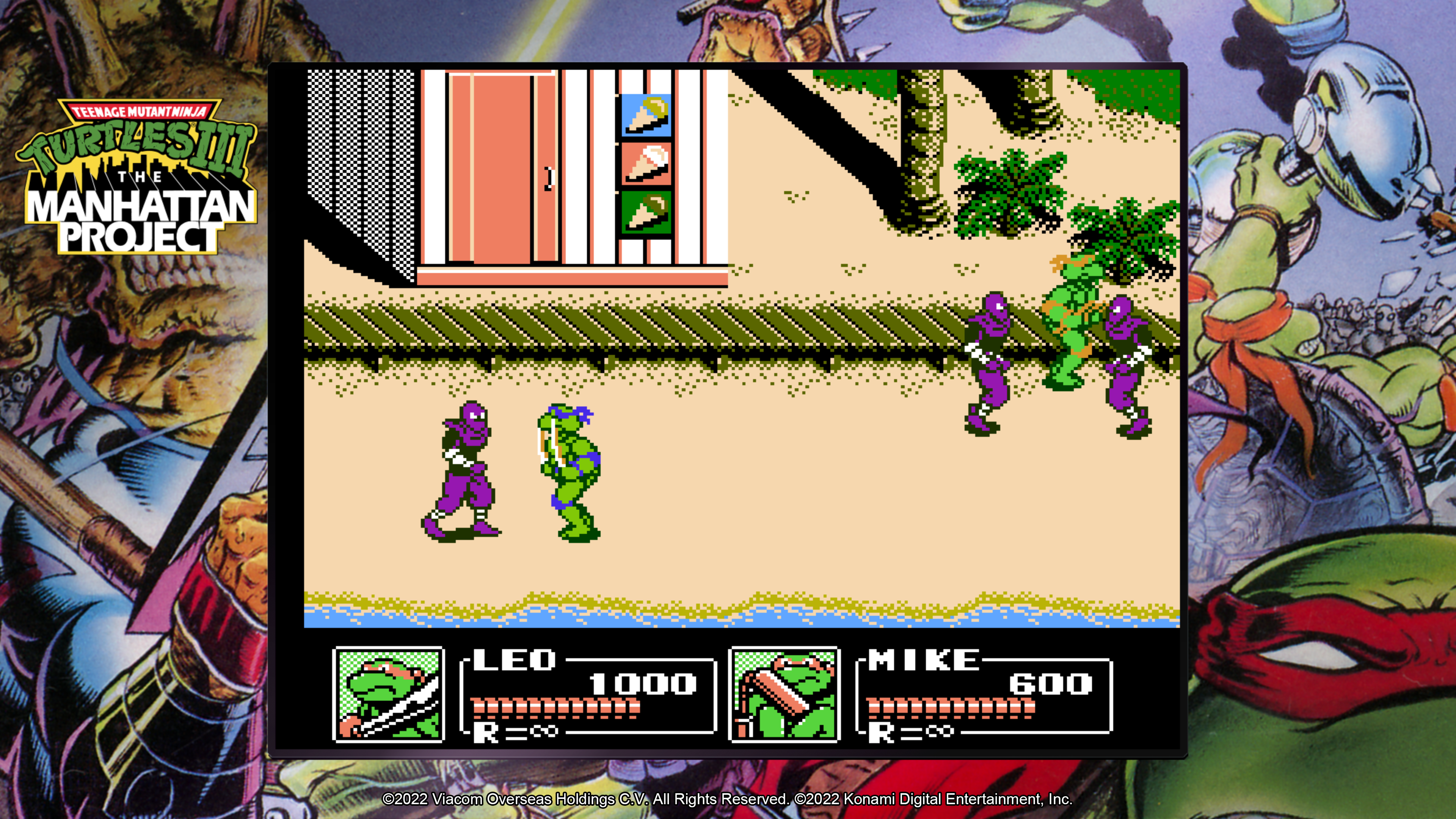 When I say deep-dives I mean it too – will I play the Fall of the Foot Clan or the NES version of Tournament Fighters? I’m a diehard Turtles fan so yeah probably, but I’m sure that 95 percent of people won’t even bother with it and will go straight for the big names. It’s almost wasted energy getting it in there, but it goes one step beyond when other collections are toeing the line with just enough to get people in the door.

For something that’s been out of the gaming spotlight for as long as the Teenage Mutant Ninja Turtles have (thanks, Platinum), it’s a relief to see it being treated with so much love and respect. Turtle power indeed.