The reveal of Rocksteady’s upcoming Suicide Squad: Kill The Justice League has thrust Deadshot back into the spotlight. This marksman has an extensive history throughout the DC Universe, though many may not know a lot about him. It is time to take a refresher course on the man who never misses, Deadshot! 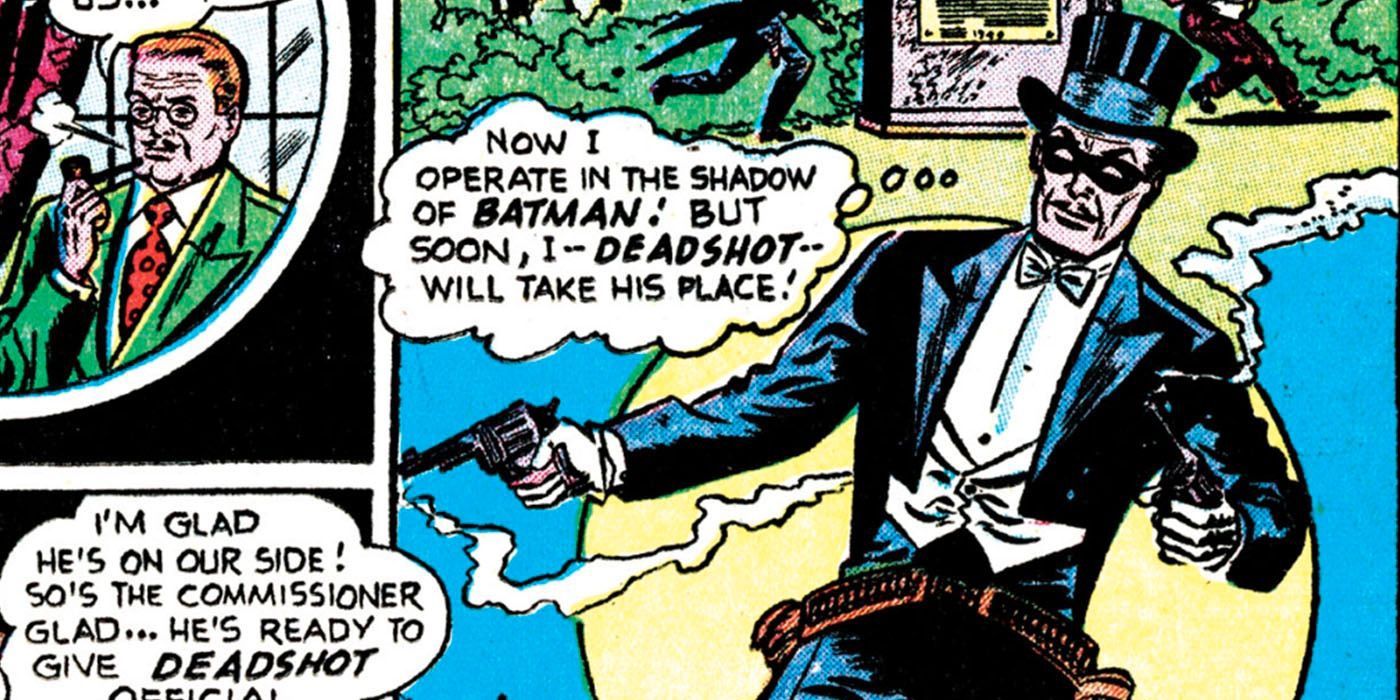 Who DC’s Deadshot Is

Floyd Lawton, A.K.A. Deadshot, made his first appearance in issue #53 of Batman (1950). While he is initially thought to be a new hero to help clean up the streets of Gotham, it is a ruse. His true mission is to overthrow Batman and become the new ruler of Gotham’s seedy underbelly of crime. Unfortunately, he is soon thwarted by Batman and Commissioner Gordon and sent to prison.

Upon breaking out of jail, Lawton begins work as a gun-for-hire while boasting that he will never miss a shot. He then adopts his signature outfit of a red jumpsuit and metal mask with a red targeting device over the right eye. He is also proficient in many weapons but often opts for a pair of suppressed wrist-mounted pistols. This is the beginning of his work as a supervillain within Gotham. 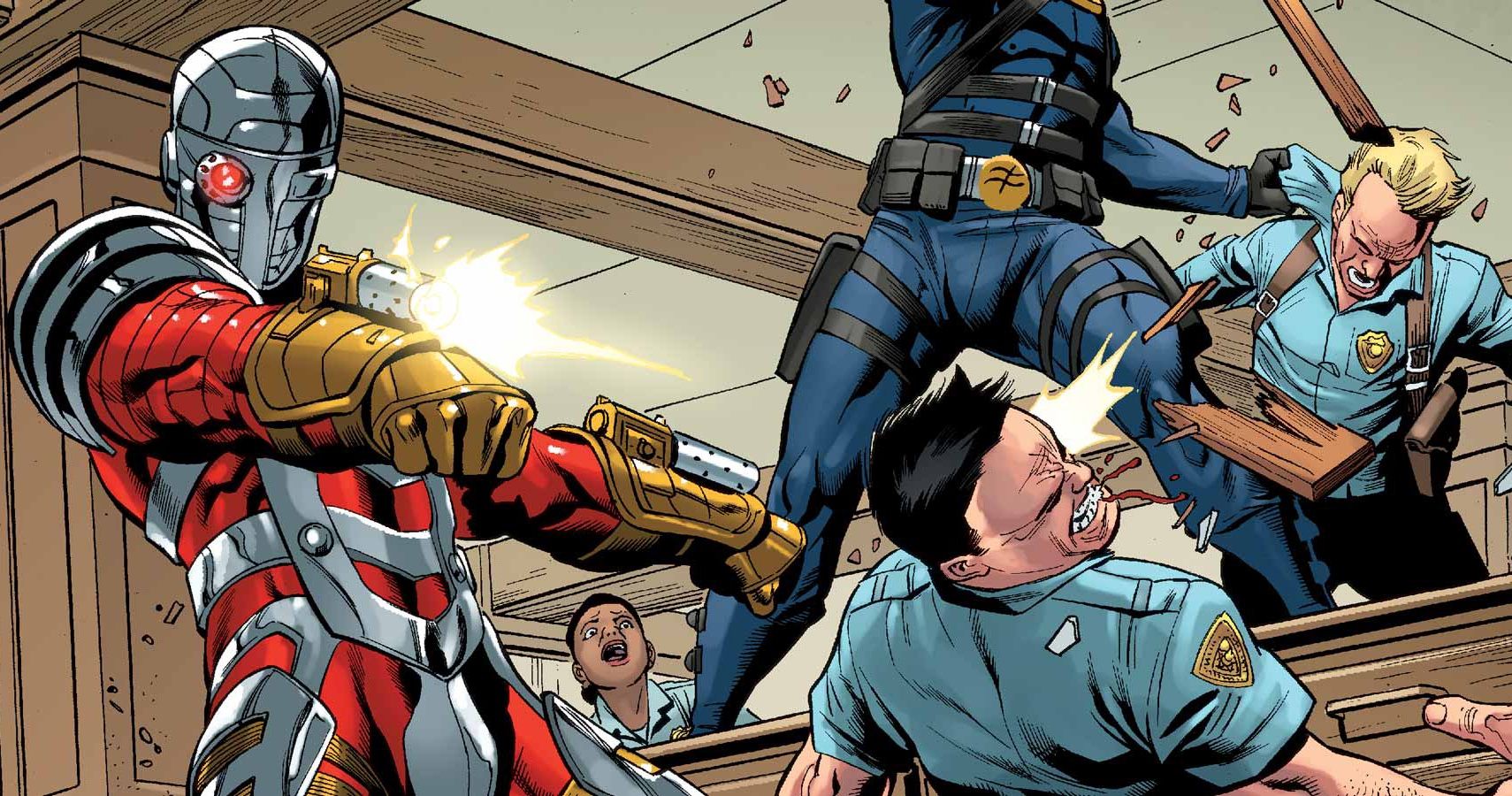 Deadshot and The Suicide Squad

After his initial appearance in Batman, the man known as Deadshot became a major figure in the Suicide Squad books, where his marksmanship and ease of killing were great assets. His time in the Suicide Squad sees him tackle his own mortality after killing a doppelgänger of himself and grudgingly develop relationships with his fellow squad-mates, particularly Captain Boomerang. He would also be forced by the supernatural entity Neron to attempt to blow up a class of Kindergarteners and assassinate the Pope (each thwarted by members of the Justice League). 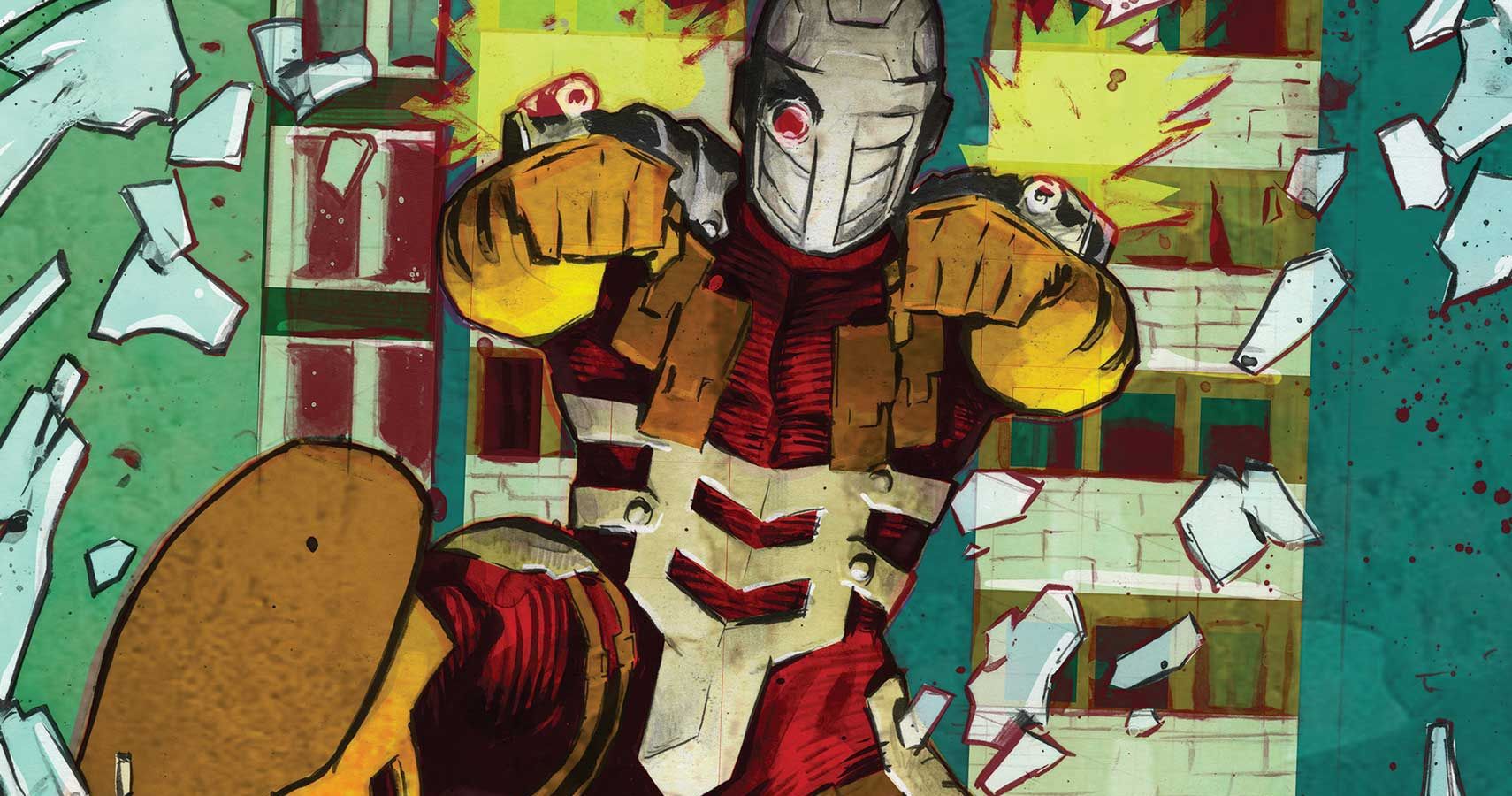 In 1988 Deadshot got his own miniseries which saw him tackle the discovery and subsequent death of his son, Edward “Eddie” Lawton. He would discover his own mother was behind his son’s death and gets revenge by crippling her.

In a second miniseries in 2005, Deadshot discovers a daughter, Zoe, living in the crime-infested Star City. To do right by his daughter, he attempts to clean out the crime that inhabits the area. This culminates in him realizing he cannot have a normal life and he fakes his own death. 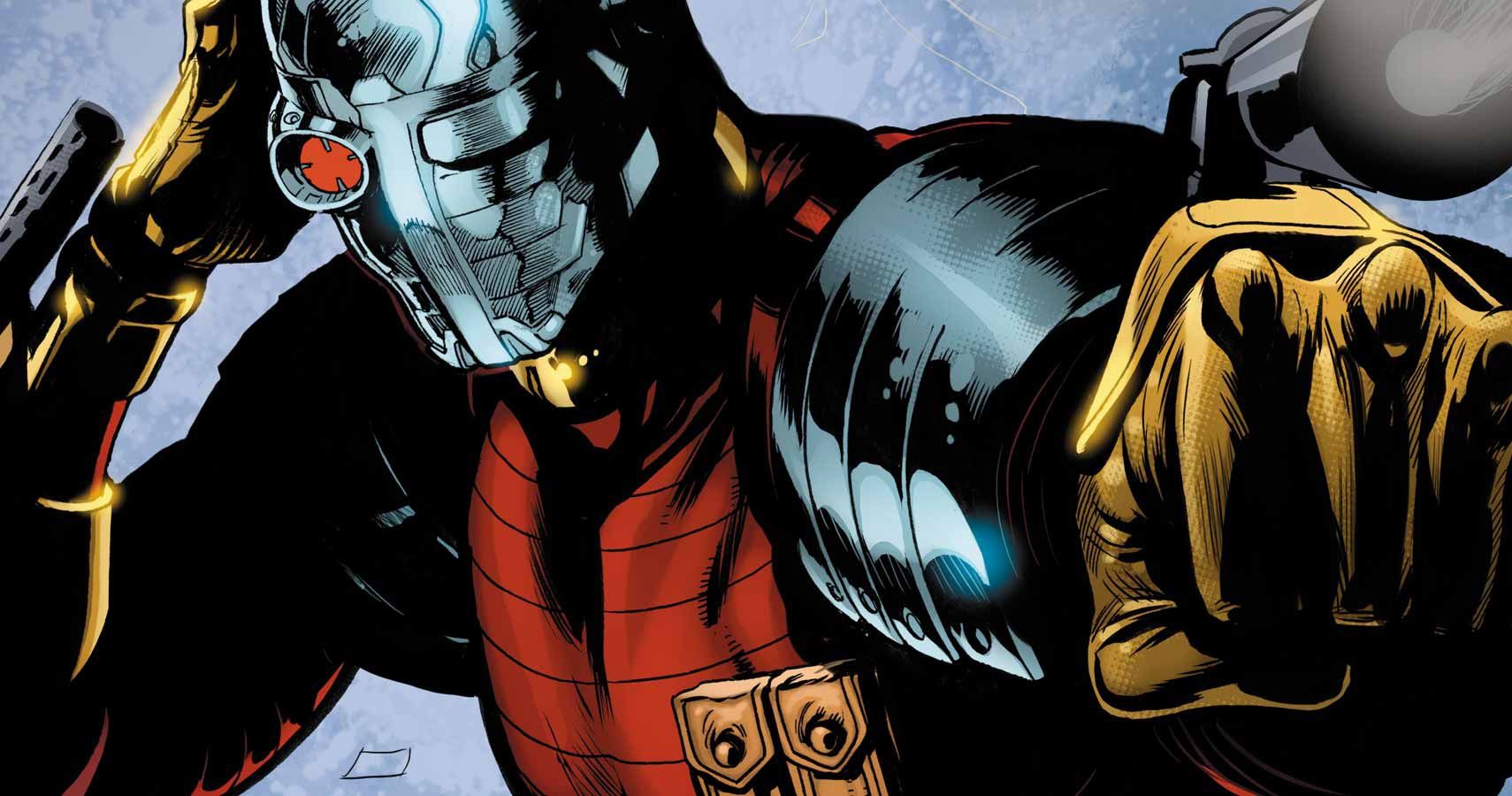 Deadshot and The New 52 Suicide Squad

During the 2011 reboot of many DC properties, The New 52, Deadshot is recruited by the Suicide Squad in issue #1. In this universe he still has a daughter, but never had a son. He was arrested for trying to assassinate a Senator by Batman and is released to be part of the secret Suicide Squad. He is appointed the leader of the group due to his ability to work under pressure.

In the series, Deadshot ends up sacrificing himself in order to stop cult member Regulas from assassinating Amanda Waller. He is later shown to have been resurrected. 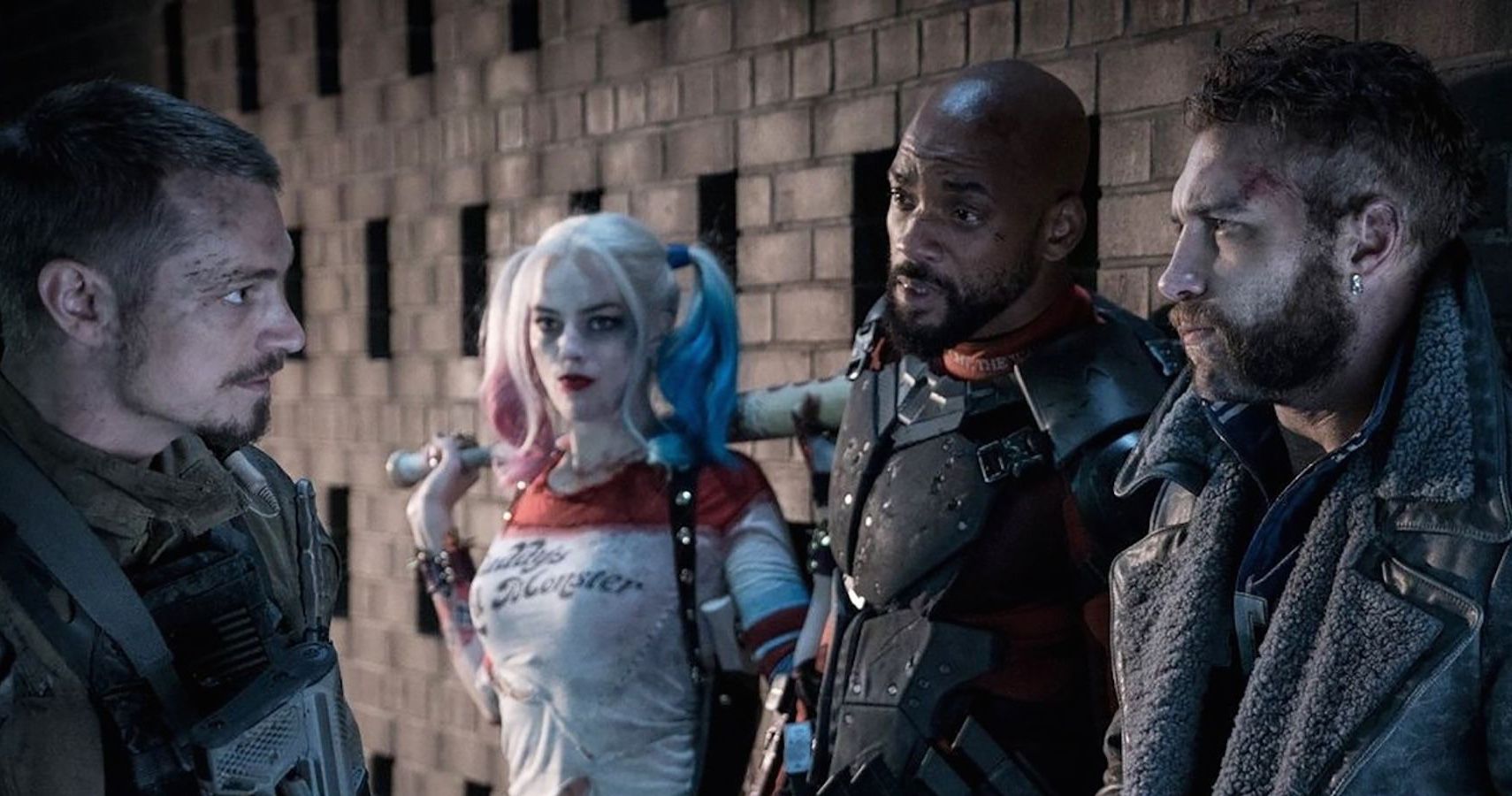 Deadshot pops up again as a main character in the 2016 film Suicide Squad. He is portrayed by Will Smith, and his abilities/skills remain the same as they are in comic. However, in this iteration, he is shown trying to take care of his young daughter while hiding his gun-for-hire exploits. He is eventually recruited into the Suicide Squad by Amanda Waller (Viola Davis) in exchange for an early release. 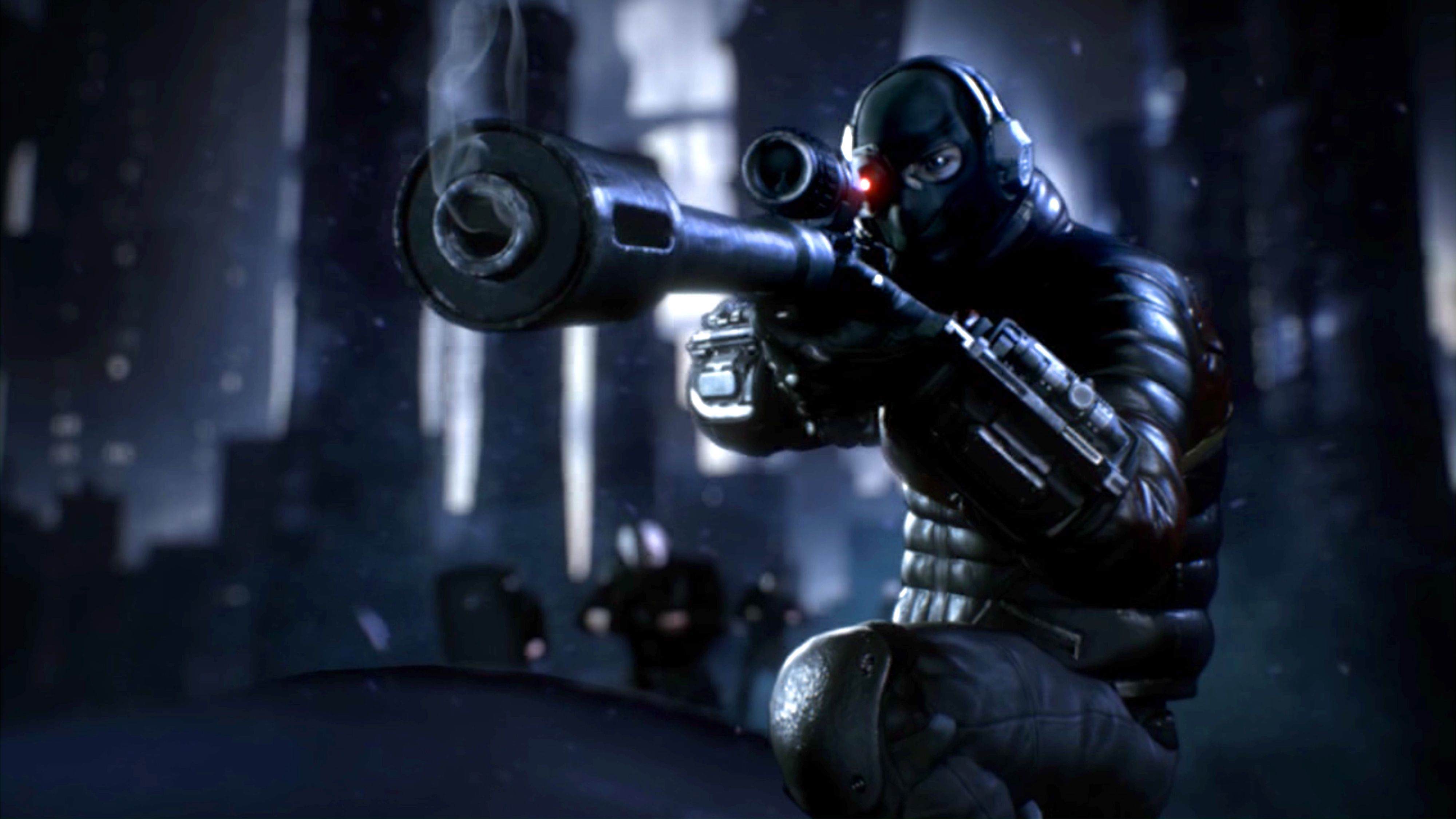 With Suicide Squad: Kill The Justice League taking place in the same universe as the Batman Arkham Series, it would be a good idea to understand that version of Deadshot. In the prequel game, Batman: Arkham Origins, Deadshot is one of the eight assassins hired to kill Batman by the Joker. He attempts to take down the Dark Knight in the Gotham Bank, but is ultimately subdued. In Batman: Arkham Origins Blackgate, a companion to Origins, Deadshot is shown being recruited to the Suicide Squad.

Deadshot also makes an appearance in Batman: Arkham City. He is shown as an inmate of the titular prison who is later hired by Hugo Strange to assassinate individuals. Unsurprisingly, he is stopped by Batman. There is also a fun Easter Egg within the Arkham Knight game concerning Deadshot

Throughout his time in the DC Universe, Deadshot has gone from low-level villain to ruthless gun-for-hire to a begrudging anti-hero. This transformation has made him a fun character to see play out both on screen and on page. Here is to hoping that his next iteration in Rocksteady’s upcoming release continues to be the Deadshot we all know and love!