The Suicide Squad: Kill the Justice League trailer just dropped, and it has quite a few hidden details that can be easily missed. Here’s a breakdown of what’s happening in this action co-op superhero title.

The trailer starts with an ominous skull-like ship that’s entangling the town of Metropolis, Superman’s home. This is owned by the malevolent Brainiac, an alien being with high intellect. In the New 52 run of comics, he is known as the collector of worlds, and has attacked Earth in the past. We don’t want his intentions are, but the Suicide Squad may have been called in with the Justice League potentially brainwashed by Brainiac. 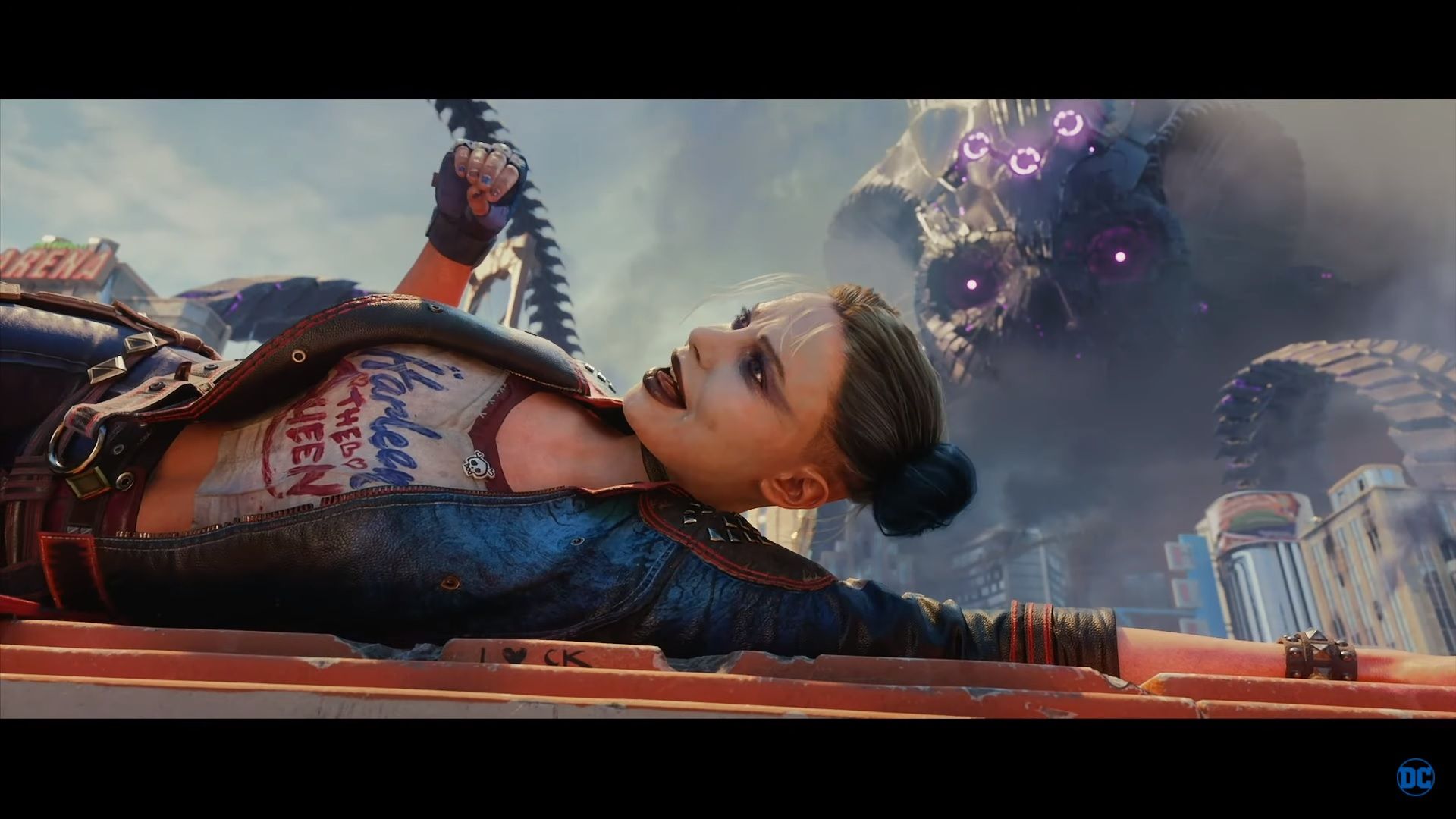 Director Amanda Waller is calling the shots for the Suicide Squad (and doing a bad job of it) and tells Harley Quinn to get to Park Ridge ASAP to help A.R.G.U.S. 3. The squad she is referring to is part of a group that was established to help the Justice League, but as the name implies, probably has become a counterforce. They are a group of elite agents that have superhuman abilities. The acronym stands for Advanced Research Group Uniting Superhumans.

The Suicide Squad is formed of 4 villains that have been established as part of the team in the comics before. So far in the trailer, we have Harley Quinn, King Shark, Deadshot, and Captain Boomerang that will be playable in the game. You’ll be able to switch between them on-the-fly in-game or play with co-op. It seems like this team has been together for a long time as they say Deadshot will never shut up about “never missing a shot.” There may be more than just 4, however, as Arkham Origins has hinted towards Rick Flag and Deathstroke being a part of the force as well. Harley Quinn, the most recognizable face on the team, seems to be playing the leadership role as she has the moxxy to tell Superman to beat it. 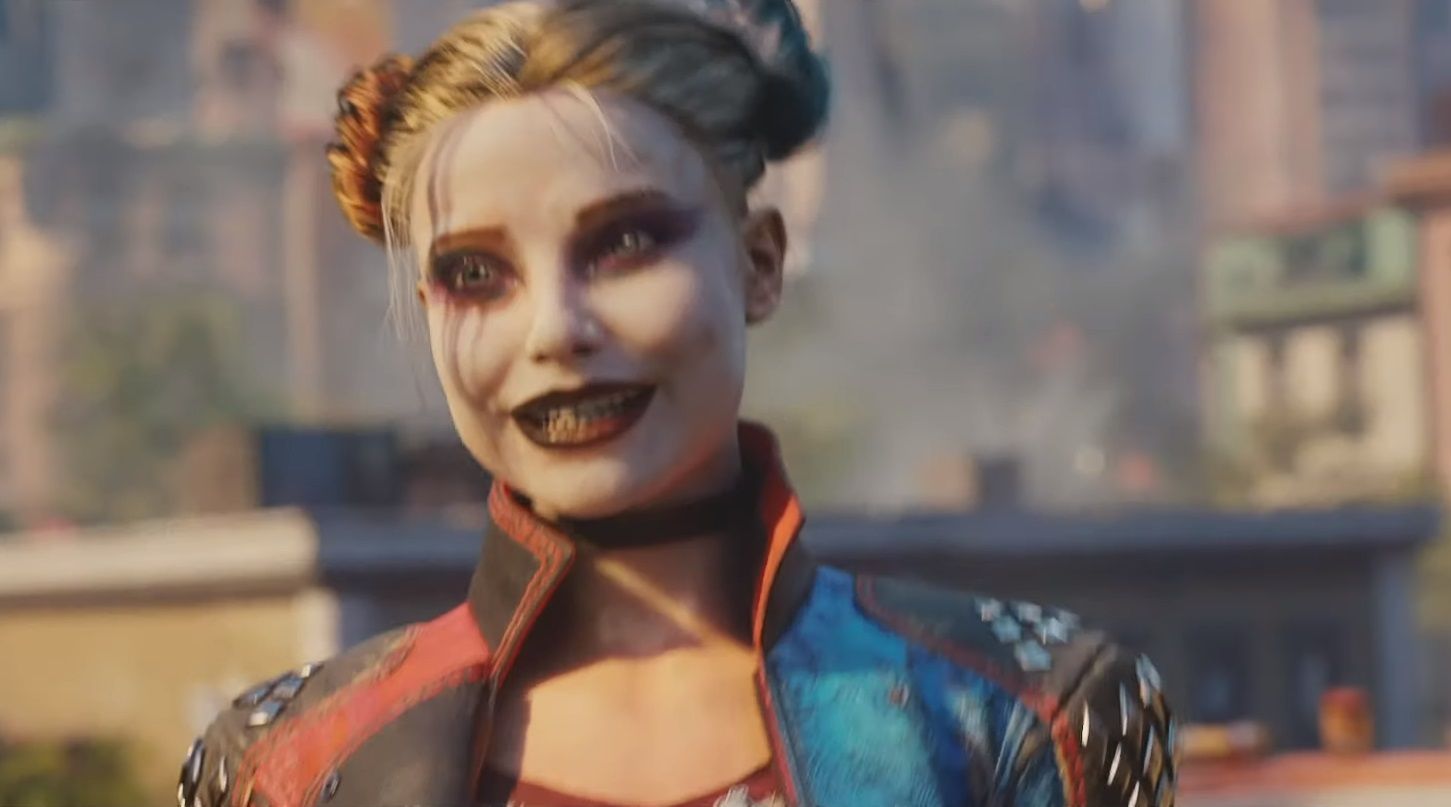 The shift in tone from the Batman Arkham series to this game is quite drastic, and it seems like Rocksteady is going for more of a comedic angle rather than a dead serious plot. With the title Kill the Justice League, we were expecting something far more severe. This has come as a welcome surprise, however, as the script from the trailer is more lighthearted with funny jabs between the characters. They make fun of Deadshot saying his repetitive catchphrase “I never miss a shot,” and Deadshot calls out Captain Boomerang’s lazy nature and Australian accent. Boomerang then responds with the bird.

When Superman emerges and Captain Boomerang asks the squad who they’re killing, they all point to the kryptonian. Boomerang utters an f-bomb as the team nervously point towards him. How do they stand a chance with guns, a mallet, and a measly boomerang?

7 King Shark Looks Up To Superman

It’s pretty strange to think a villain would have this opinion, but it seems like King Shark admires Superman for saving the pilot before he burns him to a crisp. King Shark says, “Woah! Look! It’s Superman!” He also calls him mighty. From the glimmer of excitement this character shows, perhaps he’ll be tough on the outside and a softie on the inside. This would be a great dynamic in the team. 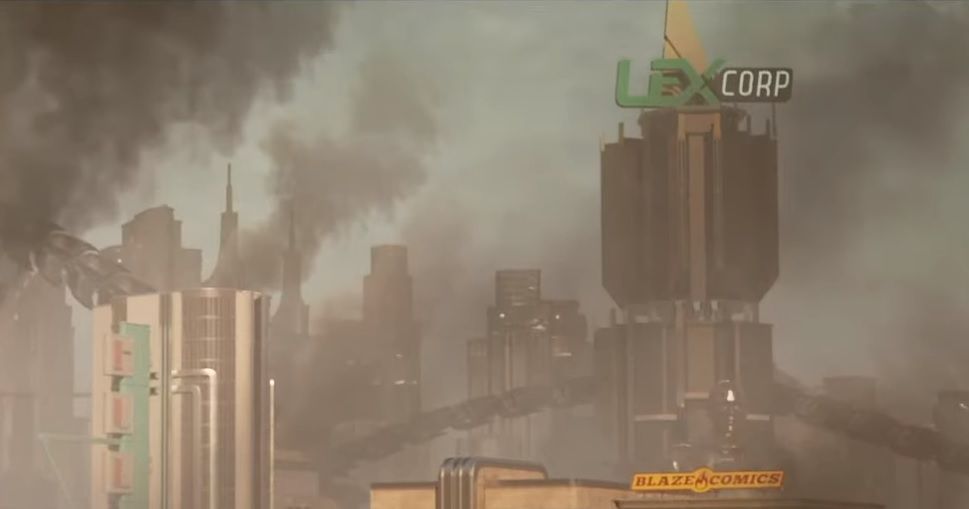 In a brief shot, we see the LexCorp building in the background, so perhaps Lex Luthor could be a big factor in the plot of Suicide Squad: Kill the Justice League. Perhaps in his hatred for Superman, he could develop a weapon to help the Suicide Squad defeat him. In the DC Animated Universe, Luthor fused with Brainiac as the alien progressively took control of the multi-millionaire.

He could be in cahoots with Brainiac too as most of this city area is wrecked, except for the LexCorp building. It looks like the alien forces are intentionally ignoring LexCorp. Interesting. 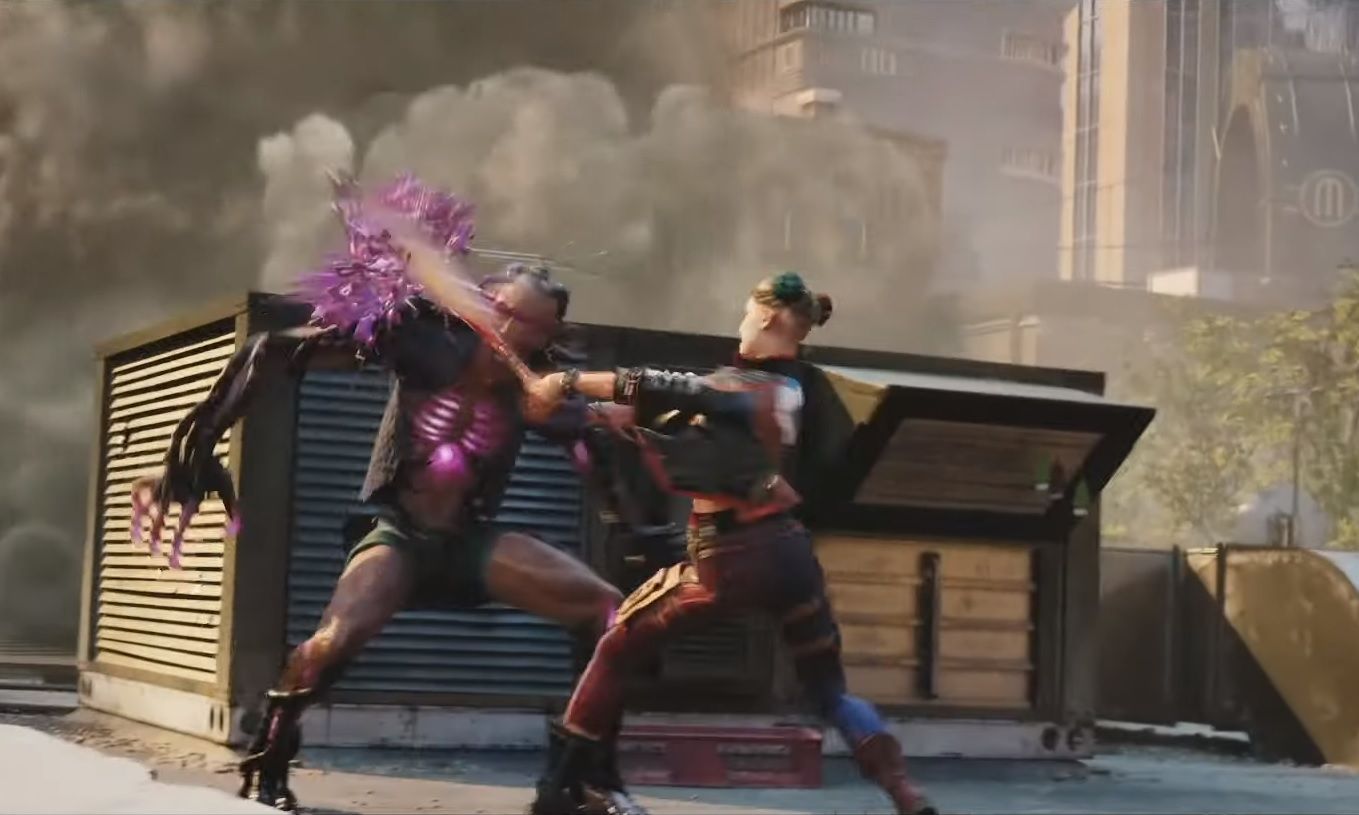 The combat shown in the CG trailer seems to be emblematic of the experience we will get in Suicide Squad: Kill the Justice League. In a press release released by WB Games, the company explains that “each squad member has their own unique moveset with enhanced traversal abilities to freely explore the dynamic open-world of Metropolis, along with a variety of weapons to customize and skills to master.” It’s fast-paced, energetic, and strangely enough, has an upbeat tone with the track the trailer used. Playing with the Suicide Squad seems like a lot of fun, and that’s the vibe Rocksteady is likely going for.

4 Each Character Has Their Own Addition To The Battle 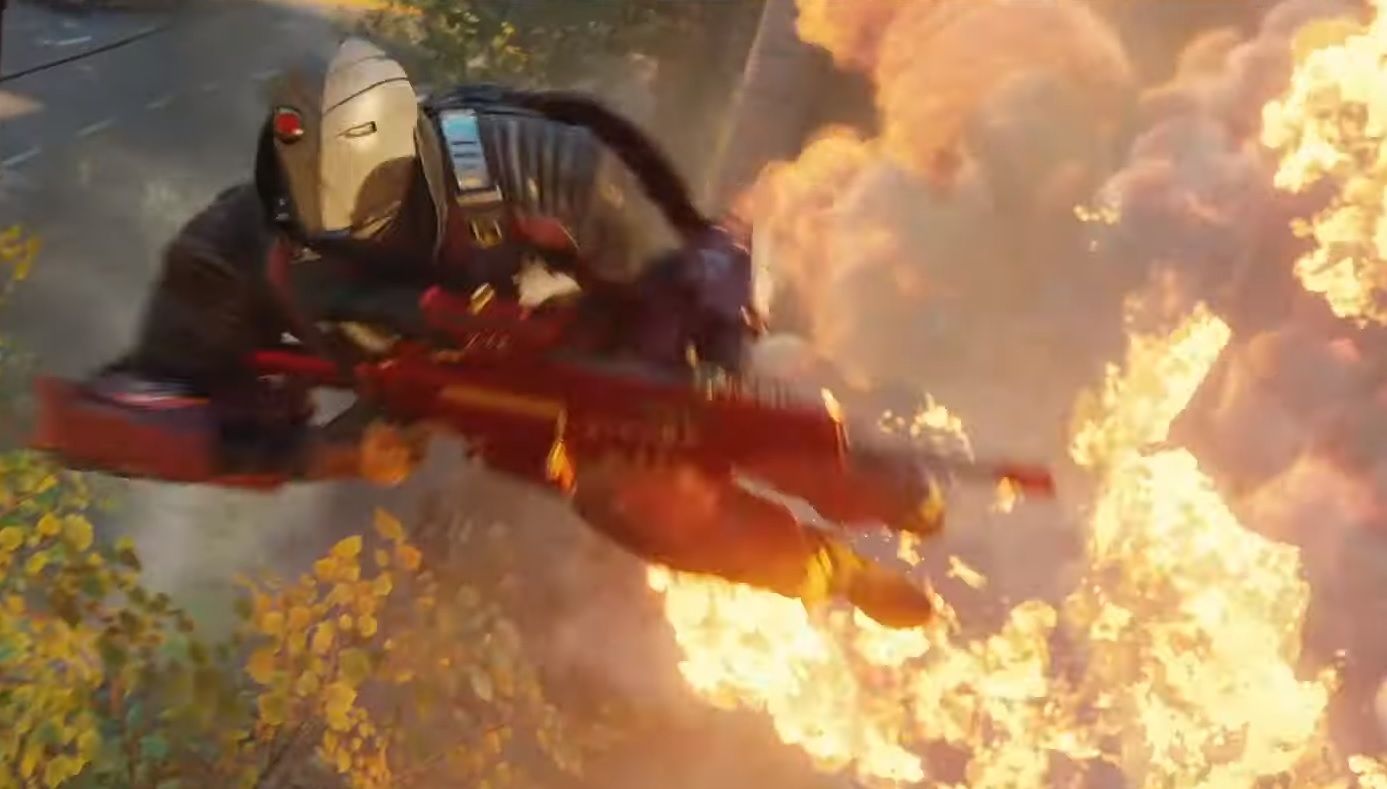 All of the Suicide Squad seem like they have their own mechanics to bring to the battle. Harley Quinn is an acrobatic jester with a rail gun similar to Batman’s. King Shark seems like a slow, hard-hitting character with a heavy machine gun. Deadshot is highly maneuverable with his jetpack and multiple weapons at his disposal; in the trailer, he has a flamethrower with his jetpack, a machine gun, a sniper, and a submachine gun. Captain Boomerang strangely enough seems like Overwatch‘s Tracer as he zips from one place to another with his boomerangs, and he shoots with his pistols. There’s no sign of a stuffed unicorn though…bummer.

3 They Are Being Sent On Assassination Missions

We learn that the squad has been going out on missions to take out targets for the U.S. government under the direction of Amanda Waller. Perhaps, this is how the live-service element is worked in. You select a mission on the map, likely wait for friends to join your party, and get cracking. The Squad at the end of the trailer has the monumental task of defeating Superman, who seems possessed by Brainiac. Are they Earth’s last hope against the alien force and the possessed Justice League? We’re doomed.

2 Metropolis Will Be An Open World

Rather than Gotham, Rocksteady’s next game will be set in Superman’s home city Metropolis. In the background, you’ll see some areas of interest like a hot dog joint Juicy Jappy’s, Big Belly Burger (A LexCorp business in the Adventures of Superman comics and the Arrowverse), Metropolis Arena, and Hotel Bonnies. Perhaps all these locations will be explorable. We didn’t see the famed Daily Planet building though! Hopefully the city looks glorious on next-gen tech.

Suicide Squad: Kill the Justice League will be releasing on Xbox Series X, PS5, and PC and will not be coming to the PS4 and Xbox One. Better to start saving that money! You’ll have enough time as the game releases sometime in 2022.