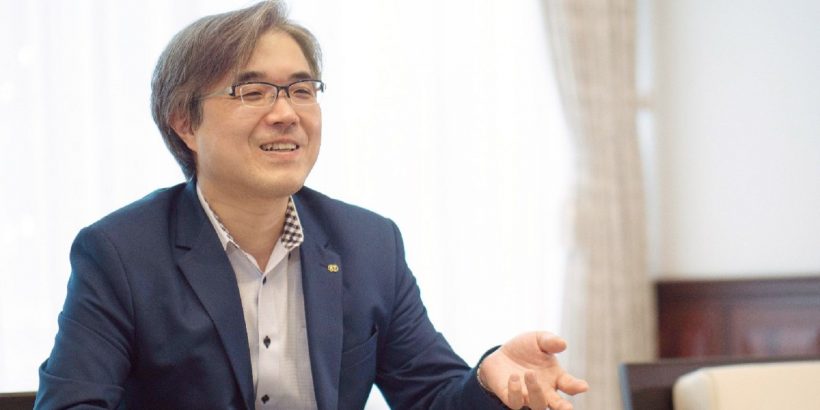 Launching in June, Samurai Warriors 5 is the brand new mega brawler from Koei Tecmo Games, and as you might expect, the game involves dozens upon dozens of enemies on screen at a time, sharp and devastating attacks, and a brand new artstyle that really brings the characters to life whether on PS4 or Nintendo Switch.

We were able to sit down with Koei Tecmo Games president Hisashi Koinuma to discuss all things Samurai Warriors, and a bit more. We inquired about how Omega Force and Koei Tecmo approach creating licensed games, whether we can expect a Western-inspired Musou game in the future, and what the hardware differences between PS4 and Nintendo Switch mean for a multiplatform game like Samurai Warriors 5.

Hisashi Koinuma-san is president of Koei Tecmo Games, and also worked as a producer on Samurai Warriors 5. He answered all of our questions over email ahead of the release of the game, and although the interview focused on Samurai Warriors 5, we couldn’t help but ask about Omega Force’s work on Persona 5 Strikers, Hyrule Warriors: Age of Calamity, and much more.

Read below for our full interview with Koinuma-san, and keep an eye on TheGamer for more on Samurai Warriors, Koei Tecmo Games, and more. 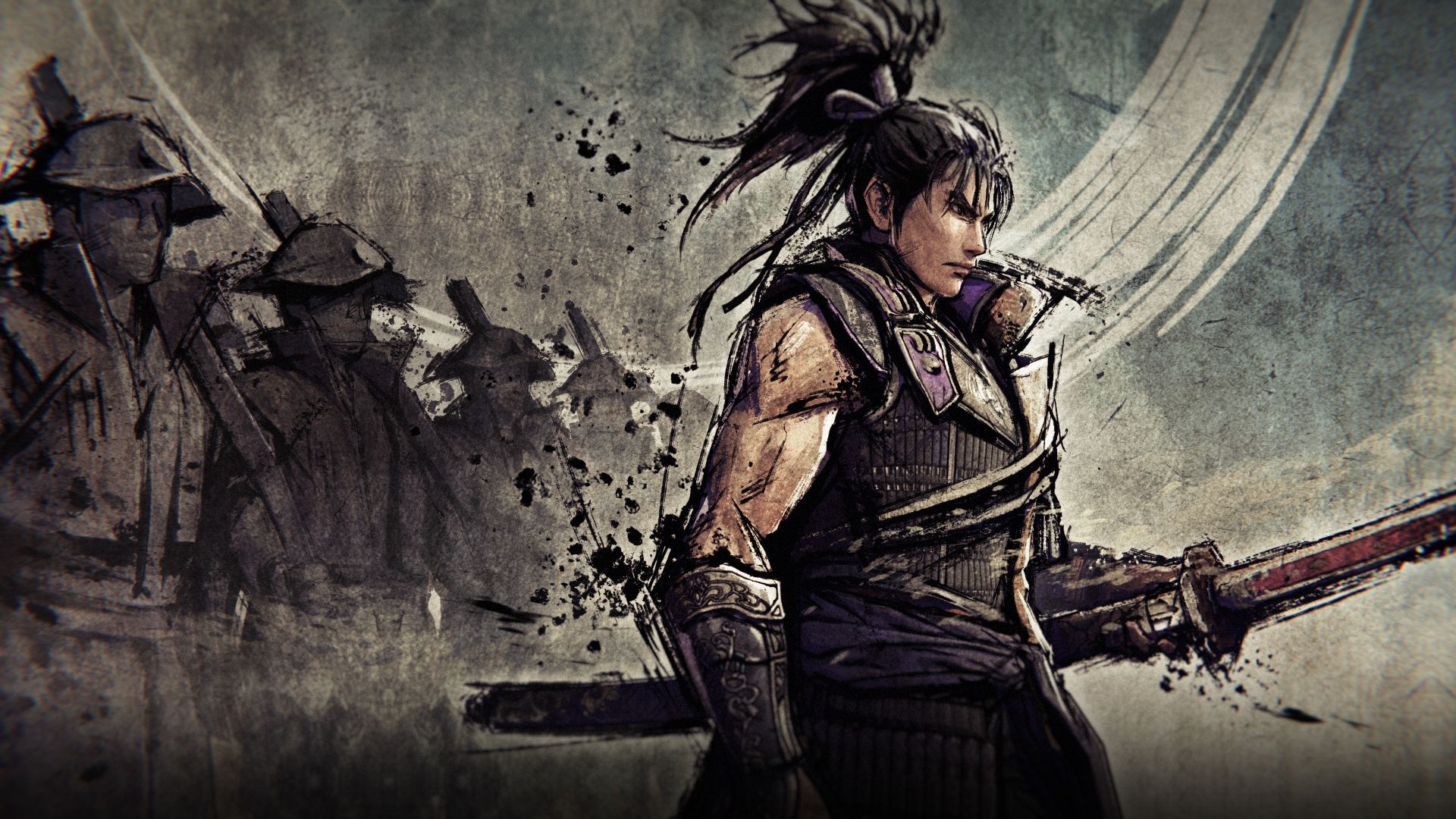 [Hisashi Koinuma] “Our goal is to have the combat in this entry be the most exhilarating in the entire series, so we have reinvented the action system this time around. A system has been introduced allowing players to switch out their character’s weapons, and we have further improved the Hyper Attacks, which were well received in the previous titles. We have also added new actions and Ultimate attacks as well, so I hope players can enjoy all of the new features.”

How do you balance action and strategy in the Warriors series, when the game is mostly comprised of pressing two buttons to attack repeatedly?

[HK] “We have set up the game so that if you select the standard difficulty, you won’t have any issue getting through any of the battles if you sufficiently power up your character. In regards to the strategy involved in the game, while it is hard to get a game over, if you don’t read the messages and understand the details of the battle, it will be hard to clear all of the missions.”

The PS5 is now on the market, do you intend to bring the Warriors series to this console in the near future?

[HK] “We don’t have any plans currently, but I’d like to keep track of the market for the PS5 and consider a potential PS5 version accordingly.”

Is there anything that the PS5 can do that you aren’t able to achieve on PS4 or Nintendo Switch?

[HK] “Other than the graphics processing and stable framerate, there aren’t really any other differences when playing on PS5.” 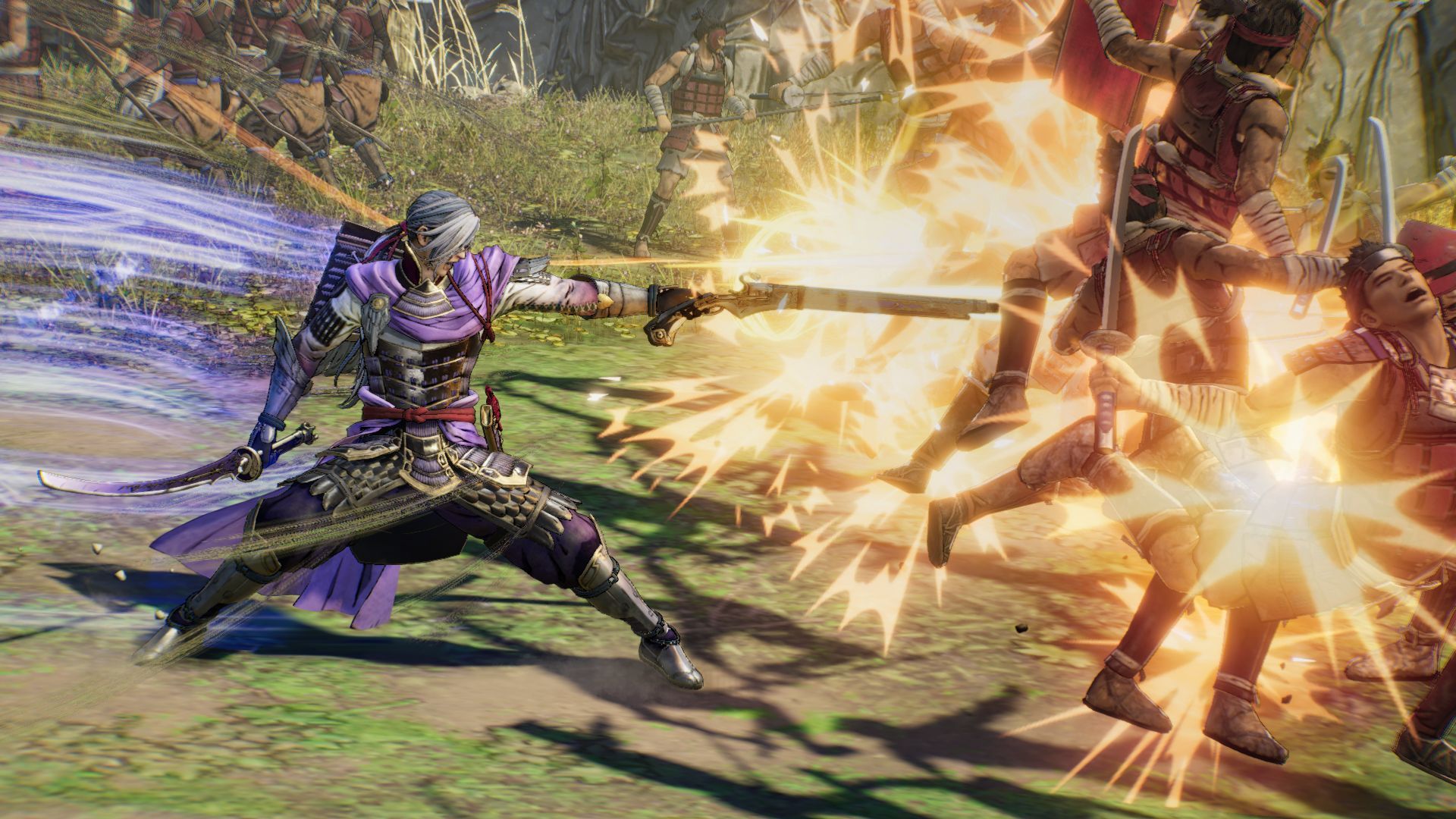 What is the maximum number of enemies you can fit on screen in Samurai Warriors 5? Would you like even more enemies in the next game?

[HK] “It will change depending on the hardware, but roughly 150～200 enemies. While I think the number of enemies displayed on screen really adds to the sense of exhilaration you get from the game, there are other key elements to the game as well, so we consider how many enemies actually need to be displayed on screen at one time based on what the game calls for.”

Dynasty Warriors, Samurai Warriors, and Warriors Orochi all cover the battles that took place in Asia hundreds of years ago, but is the team interested in making a Warriors game set in another part of the world?

[HK] “We released Warriors: Legends of Troy in the past, and in WARRIORS OROCHI 4 we also included western mythology. There is also a possibility we will include other popular themes from around the world in the future.”

How does the team come up with the impressive and flashy attacks for each character?

[HK] “The team tries to ensure we emphasize and make the most out of each weapon’s special features in the movement of the attack, and we include actual movements from martial arts and sports and try to arrange the attacks from there. Of course, we take inspiration from and reference other games and media as well.” 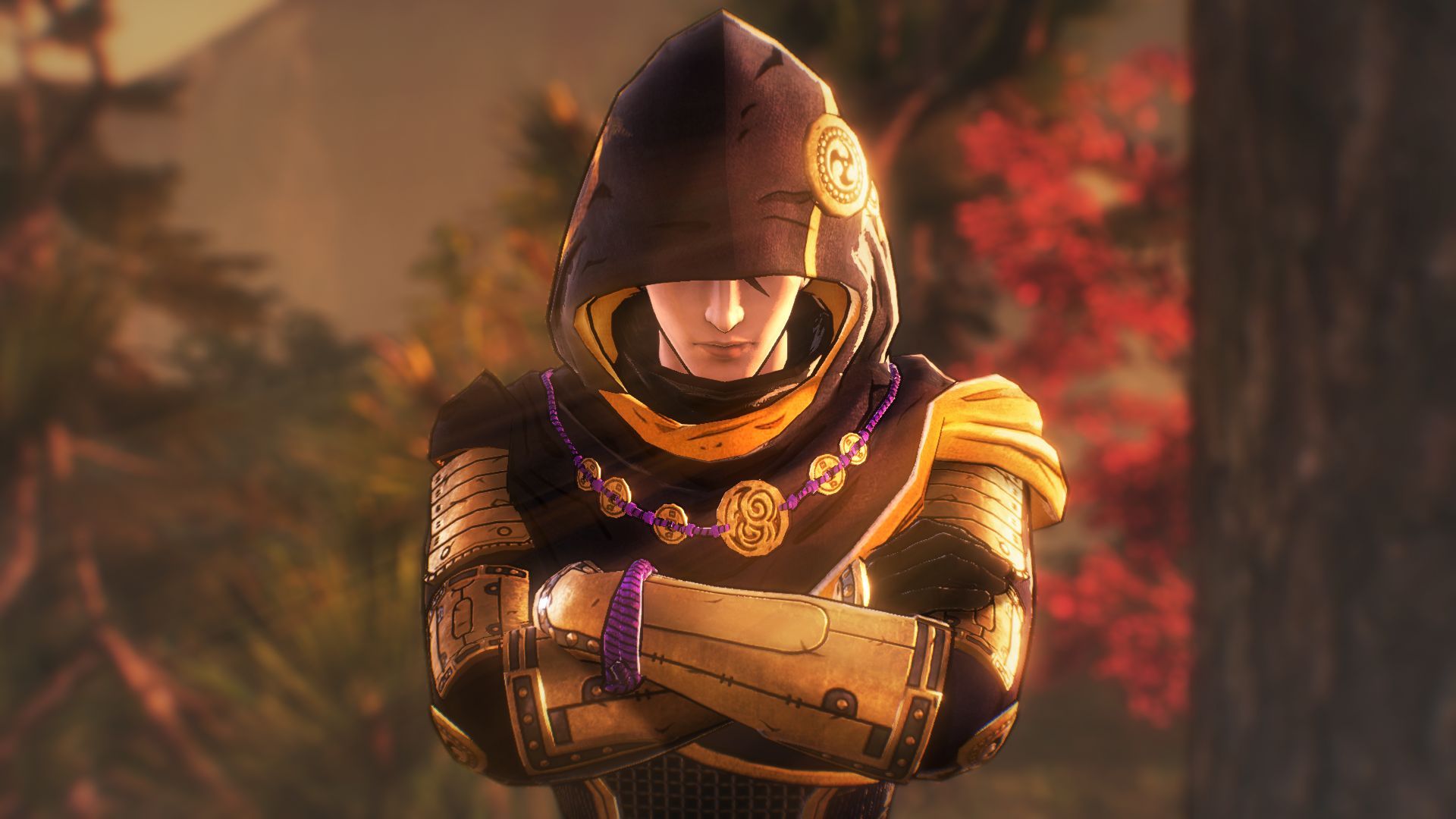 Omega Force has worked on many franchises away from the main Warriors titles. What does the team learn from handling all of these different franchises?

[HK] “I think that by working on various genres and including their key features into each game, we are able to sense what is possible for future WARRIORS titles.”

Is there a franchise that you personally would love to make a Warriors game for?

[HK] “Mario and STAR WARS are two great series that come to mind. Unfortunately, we haven’t had the opportunity to collaborate with these IP yet.”

Games like Persona 5 Strikers move away from the Warriors formula quite a lot. What is it like experimenting with these new gameplay styles, and then returning to a game like Samurai Warriors 5? Is it refreshing?

[HK] “Even if we are creating a title for a series we are familiar with, it is always vital to make sure we adjust the game to fit the current times. When doing that, I feel it is difficult to balance what new elements we add and what aspects of the series we keep intact.”

Similarly, is it a lot of pressure to handle these other franchises, like One Piece, Zelda, and Persona? Is it easier to work on a game like Samurai Warriors 5 in that respect?

[HK] “There is definitely a sense of pressure when developing titles for IP from other companies who will be supervising the project, as we want to meet the expectations of fans and take care to maintain all of the key elements of the franchise. Conversely, when developing new titles from our own IP, it is relatively easier to develop the game how we want to, but we do feel pressure when we are trying to figure out how to increase the value of the series as a whole, so we go through a process of trial and error when creating the title.” 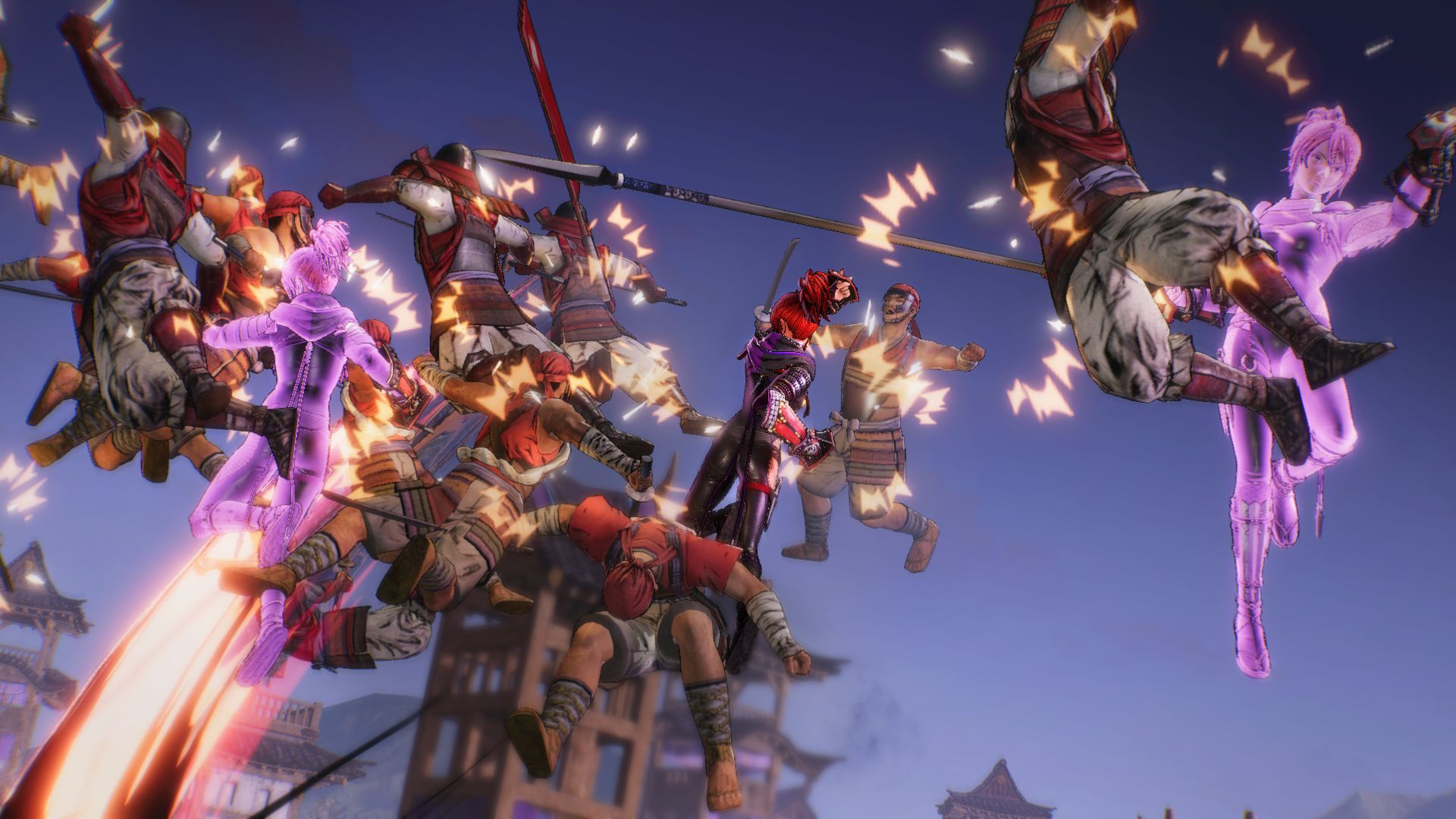 What did the team learn after working on Dynasty Warriors 9? The game had a more mixed reception than most Warriors titles. Has this led the team to focusing more on the classic style of gameplay, or are you still eager to experiment with future games?

[HK] “It was a big challenge we undertook to introduce new elements into the WARRIORS series, but I feel it did not include it into the game in the way that fans were looking for. In this entry in the series, we are rewriting the period from the original SAMURAI WARRIORS, and in order to do that we decided to go with a style that will make it easier to represent the story more fully than we did for the original title.”

What is it like working on the Nintendo Switch? Is the power difference between it and the PS4 and PS5 hard to handle?

[HK] “As the hardware for each platform has its own special qualities, there aren’t any factors that makes it difficult to develop games for them, but for this title we have made sure to incorporate a visual style that would allow for all of the versions to have relatively little differences between them.”

What is your favourite Omega Force game?

Is there anything else we should know about Samurai Warriors 5?

[HK] “This is the first numbered title in the SAMURAI WARRIORS series in 7 years, and we are working to create a new setting which reimagines the story from the first entry in the series. Our team has changed up the story and character designs this time around, and are focusing on the Sengoku period along with 1 vs. 1000 action the series has come to be known for, which I think players will really enjoy. For players that have been keeping up with the series up until this point, they will be able to experience a fresh new take on SAMURAI WARRIORS. Players new to the series will also be able to easily pick up and play this title, so I hope they will look forward to trying out the game for themselves.” 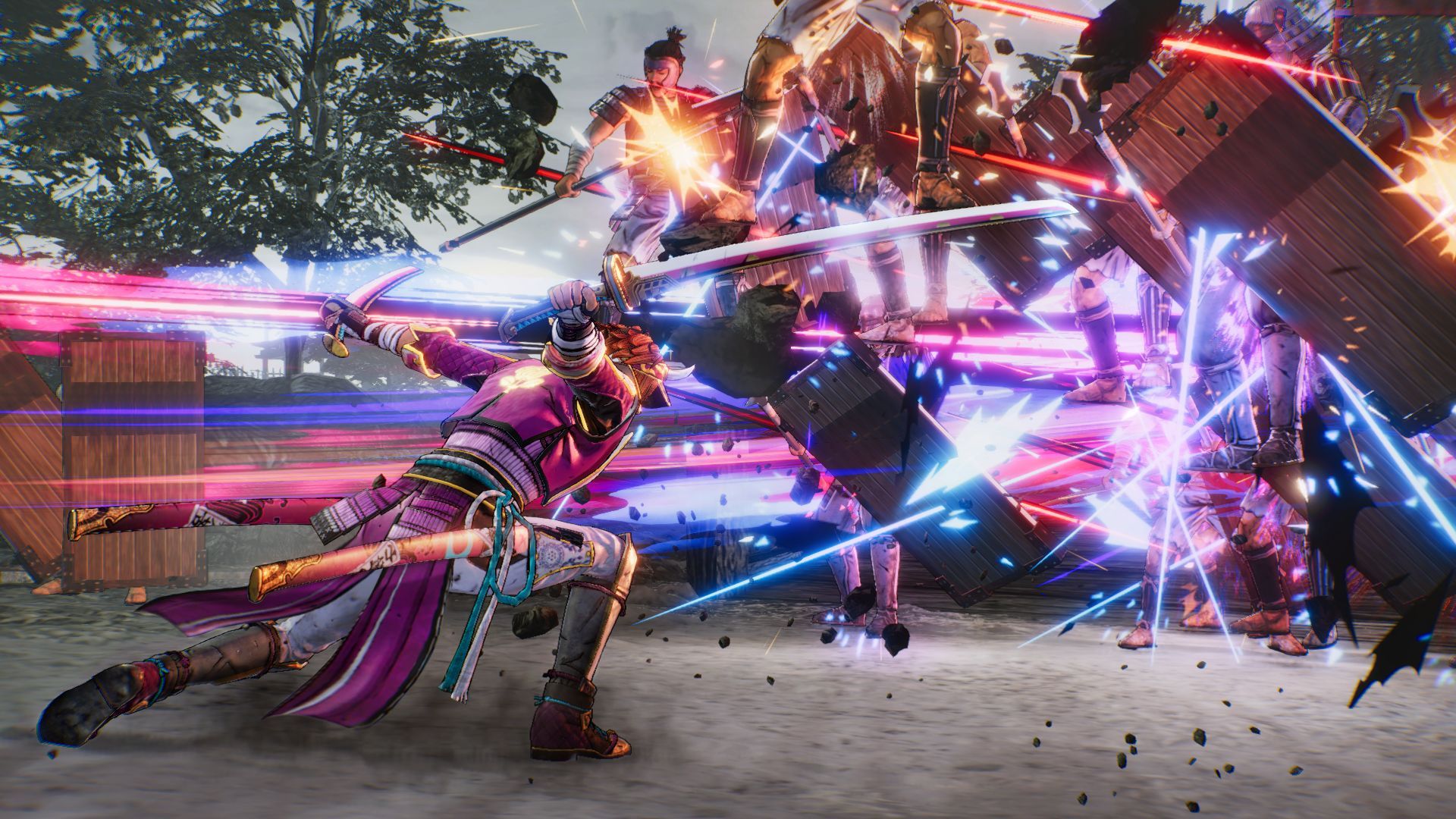 Thanks go out to Koei Tecmo Games and Hisashi Koinuma for giving us their time. Samurai Warriors 5 launches on June 24 on PS4, Xbox One, Nintendo Switch, and PC. Keep reading TheGamer for previews and more on Samurai Warriors 5, and other Koei Tecmo titles in the future.