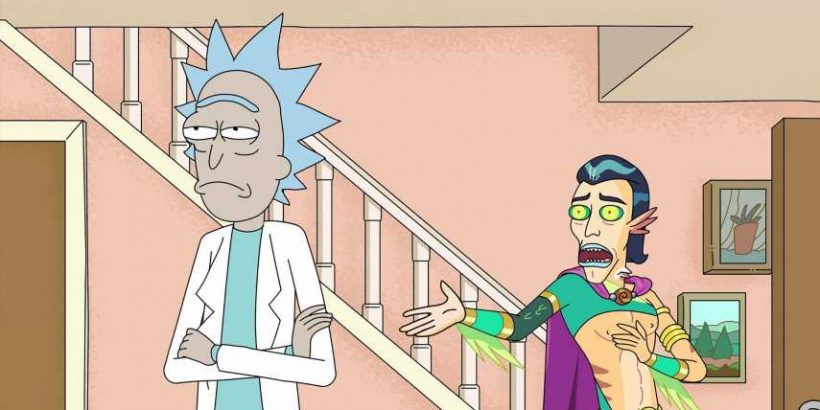 Rick & Morty is back on our screens, and it arrived with a bang – or should that be a splash? Squanch? Sorry. The animated series has always been very out there, from the high-concept meta-narrative train episode to the Interdimensional Cable stories, to the brilliant Ricklantis Mixup that shows us life on the Citadel. There was also an episode with weird sex dragons, but let’s never, ever talk about that one again. The season five premiere, Mort Dinner Rick Andre, is not only the worst movie pun they’ve done yet – it also hopefully sets the tone for a season that is going to wring every single second of storytelling out of each episode.

I love Rick & Morty. Not enough to riot over the Mulan sauce, and not as much as The Simpsons, but still. Big fan over here. I have to admit though, the series has changed a little bit over the last couple of seasons. It’s not just the dragon fucker episode (okay, now we’ll never speak of it again), it’s that too many episodes have just been weird standalone adventures somewhere. The series is uniquely limitless in that it can explore wherever and whenever it wants, and has the studio backing, animation budget, and imagination to realise this potential, but the show is ultimately at its best when it is cohesive. Maybe I’m setting too high a standard for a cartoon that began as a Back to the Future parody where Marty had to lick Doc’s balls to time travel (this is 100 percent true but save yourself and do not look it up), but it’s a standard Rick & Morty has set itself in the previous four seasons.

Most of my favourite episodes are not the wacky adventures, they’re the ones that help build the world of the show. Looking at the IMDb ratings, I’m not alone. A goof off or two in a season is fine, but only the premiere and finale of season four – and arguably Children of Mort – had anything besides adventures and jokes. The Vat of Acid Episode was great; One Crew Over the Crewcoo’s Morty, The Old Man and the Seat, and an episode with certain amorous mythical beasts, not so much. Children of Mort wasn’t even that good either, to be honest. 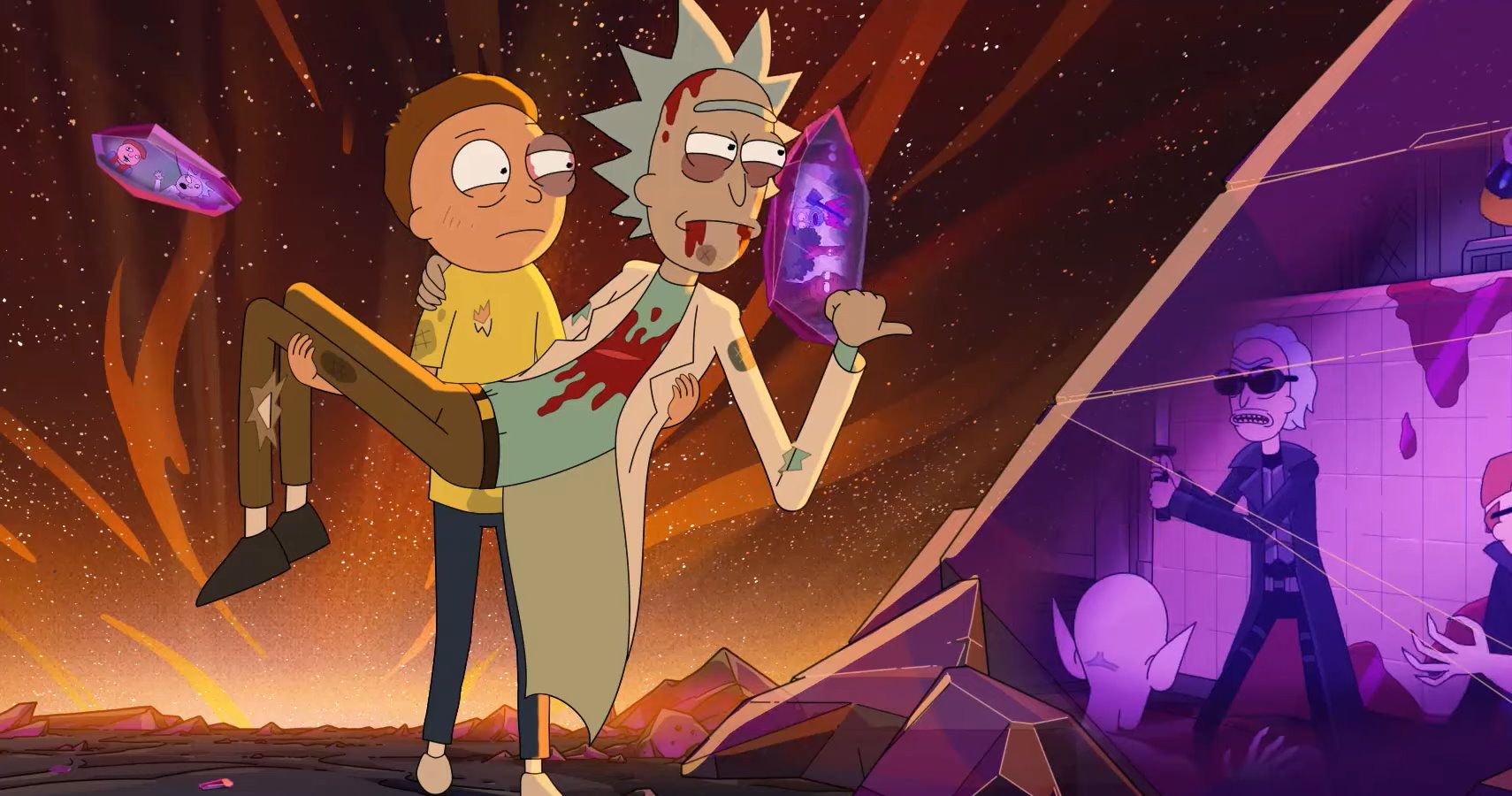 Seasons one to three have a much better balance. It’s hard to judge if season five will yet – season four’s Edge of Tomorty: Rick Die Rickpeat sets a similar tone – but it feels this new season is out to prove something. Mort Dinner Rick Andre isn’t just a story episode, it forces so much story in there it’s ready to burst at the seams. Morty saving Rick, the adventure with Jessica lost in time, the feud with Mr. Nimbus, him coming to the rescue, Rick relying on Summer not Morty, Jerry and Beth’s therapy, and Morty and Jessica’s evolving relationship are all tackled in 22 minutes, and it’s still as funny and wacky as ever to boot. In season one, no way we’d get an episode this full. I don’t necessarily think the rest of the season needs to keep up this breakneck pace, but if it can weave its adventures back into the show’s main arcs, rather than just an ‘oh Rick is sad about things’ ending, it will offer the minor course correction that was needed after season four.

The main plot involved Mr. Nimbus, king of the seas, reigniting his war with Rick – to smooth things over, Rick leaves some wine in a time portal, then asks Morty to fetch it in a few minutes, knowing decades will have passed in the portal, so the wine will have aged. Unfortunately, Morty messes things up, and ends up in a war against this universe, which in classic Rick & Morty style is way too over the top but somehow still works. There’s nothing that hits an emotional beat here as hard as A Rickle In Time, Close Rick-counters of the Rick Kind, or even Rest and Ricklaxation, but there is a lot of stuff being set up. Summer is the only one who doesn’t have some kind of season arc kickstarted here, and there’s plenty of time for her to still have a main narrative, especially as she’s been woven into the adventures more and more these past couple of seasons. 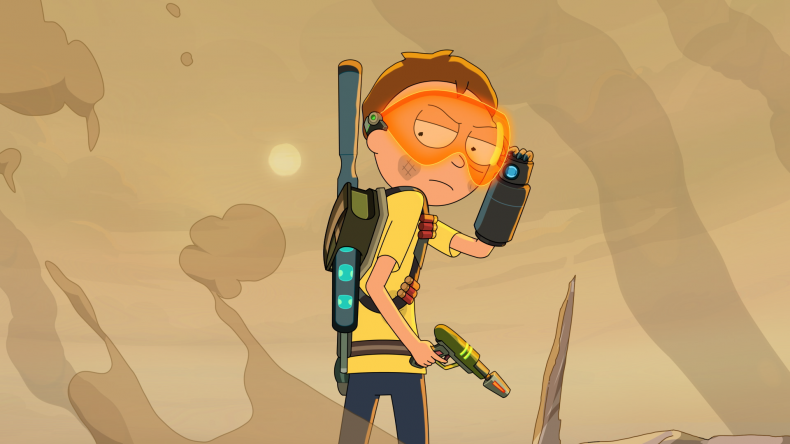 It’s a great start to the season, but not just because it’s a good episode. It’s a good episode particularly because it has all the things that season four was missing, all the things that dragged it down slightly and made it feel like a lot of filler around some decent jokes and stellar animation. The Vat of Acid Episode is funny, and it won the show an Emmy, but the overall story of Rick & Morty exists just fine without it. Season five needs to make its episodes count and start making good on four years’ worth of setup.