Back in 2017, mobile otome game Mystic Messenger took the internet by storm. The visual novel from the developers at Cheritz (Nameless, Dandelion) pushed the limits of what interactive fiction could do by creating a lifelike dating simulator that operated on real-time, featured incredibly realistic interactions, and blurred the lines between fiction and reality. This Valentine’s Day, we’re taking a look at how this title gained such a devoted following by finding a way to gamify the emotional labor found in so many romantic heterosexual relationships. 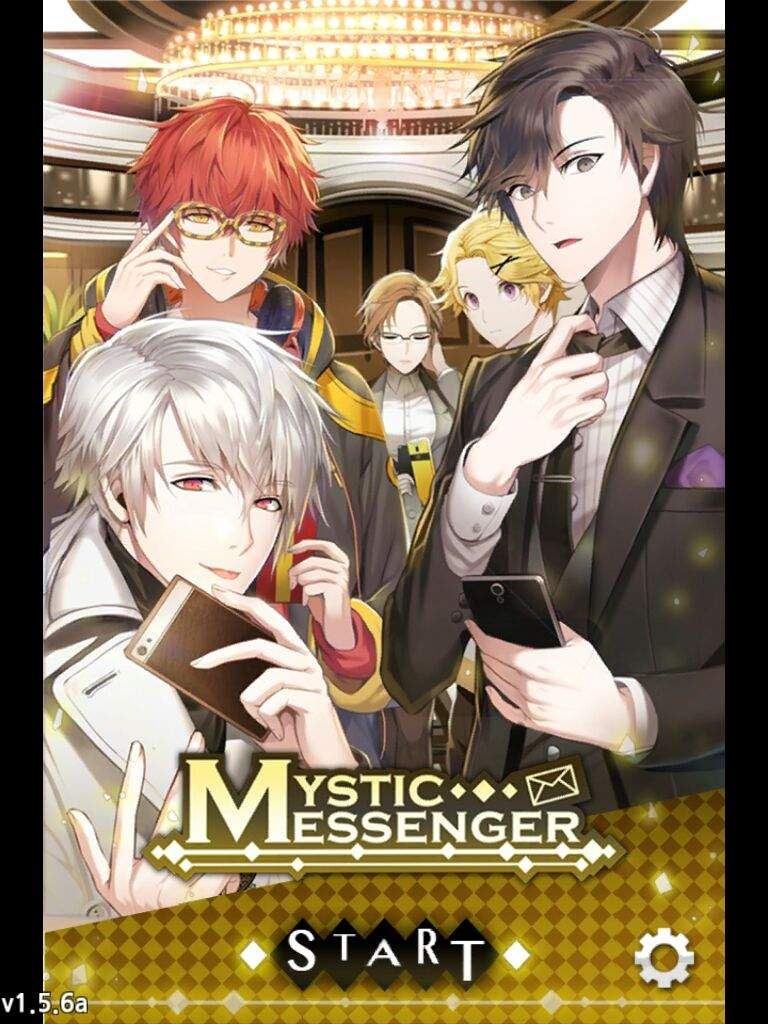 The premise of Mystic Messenger follows an unnamed female protagonist – dubbed as “MC” by the fanbase – who one day downloads a mysterious messenger app on her phone, follows instructions to an empty apartment, and finds herself caught up in the happenings of the “Rika’s Fundraising Association” club (or, the RFA). This organization plans and hosts charity parties and is comprised of six other members. As MC gets to know the members of the organization, she has the option to pursue them romantically, and eventually can end up with one of them in one of the game’s many possible endings. At the moment, there are around 50 possible endings in the game. 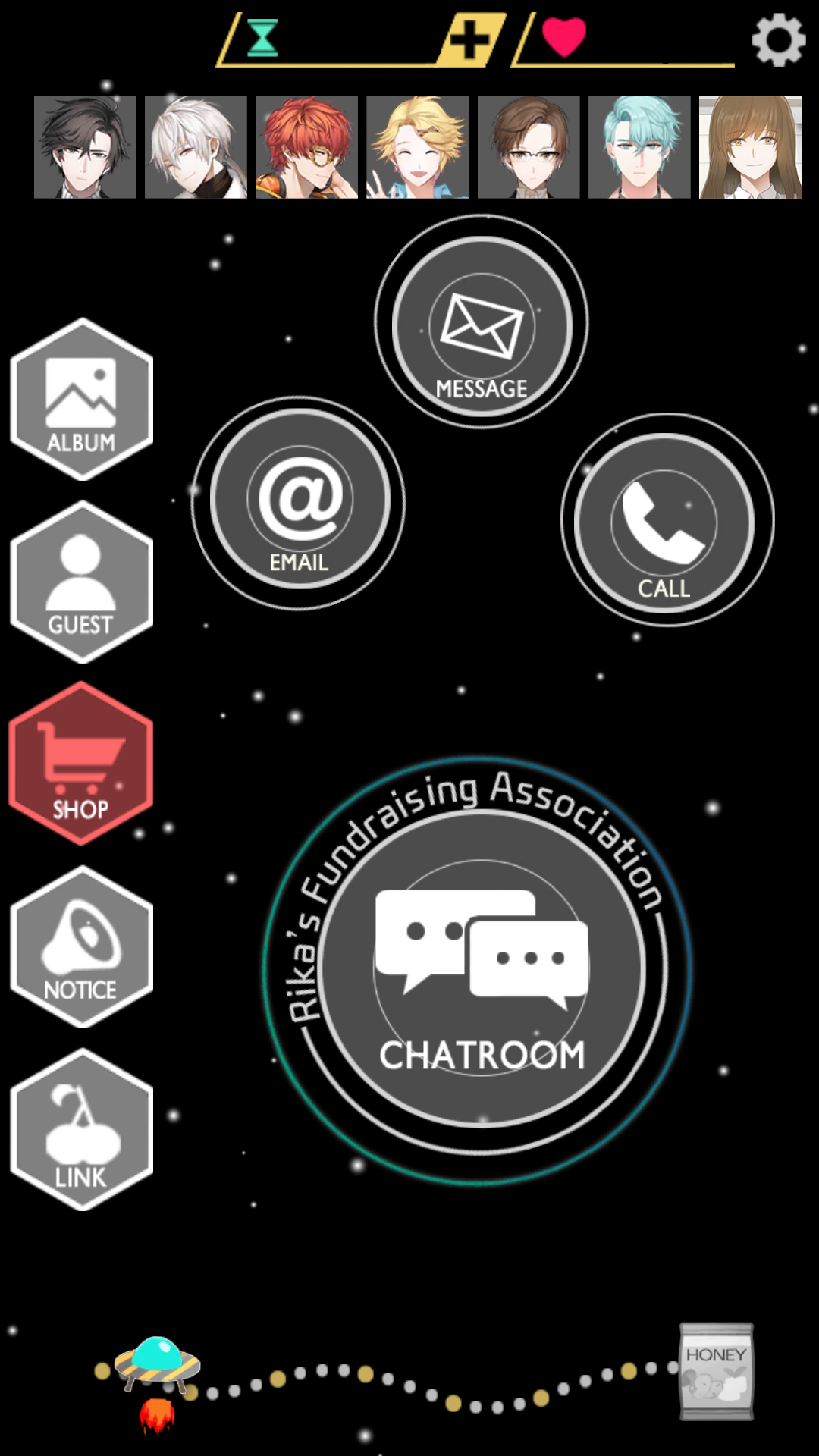 The game also operated on real-time, meaning that if a player missed a phone call or a chat that happened at a certain point in the day, they’d be unable to access it afterwards (without spending extra money.) This also meant that characters would be unavailable at certain times – such as late at night, when they were sleeping – so players would be unsuccessful if they tried to call them at those times.

Here Whenever You Need Me (Literally)

Dating simulator games very easily fall into the category of wish fulfillment games – meaning that players can use them to fulfill personal desires; in these games’ cases, finding a boyfriend. These games usually don’t have any consequences beyond the world of the game. However, Mystic Messenger‘s unique gameplay has made it into what could almost be considered an “emotional labor simulator” that has consequences that blur into reality and illuminate deeper truths about heterosexual romantic relationships and gender norms. 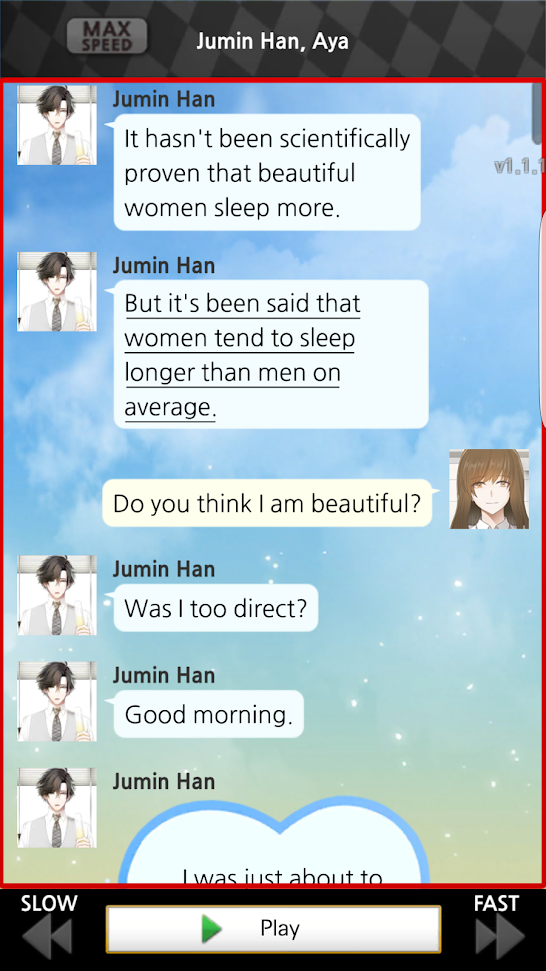 Let’s talk about how the game operates on real-time. The game spaces out chats and call times, as certain characters operate on a daily schedule (Yoosung goes to school and only chats before he goes to class and when he gets home; Jumin only chats in the middle of the day during a lunch break; etc.) and players must take note of these characters’ schedules in order to sync with their rhythms (and ultimately be present to chat when they are free). Sometimes, these chats are easy to keep up with and occur at reasonable hours of the day. Other times, one character might be up late at 3 AM, while another character wakes up early the next morning at 6 AM. In order to fully participate in the game, players will have to be ready at every waking (or non-waking) moment to be there for these boys.

Players are punished for missing too many chats, shown in the game by the characters assuming MC has lost interest in them, and can even be forced to end their playthrough prematurely. In this sense, it seems Mystic Messenger believes a good girlfriend is one who can be readily available for romance, in light of their own personal activities and interests. 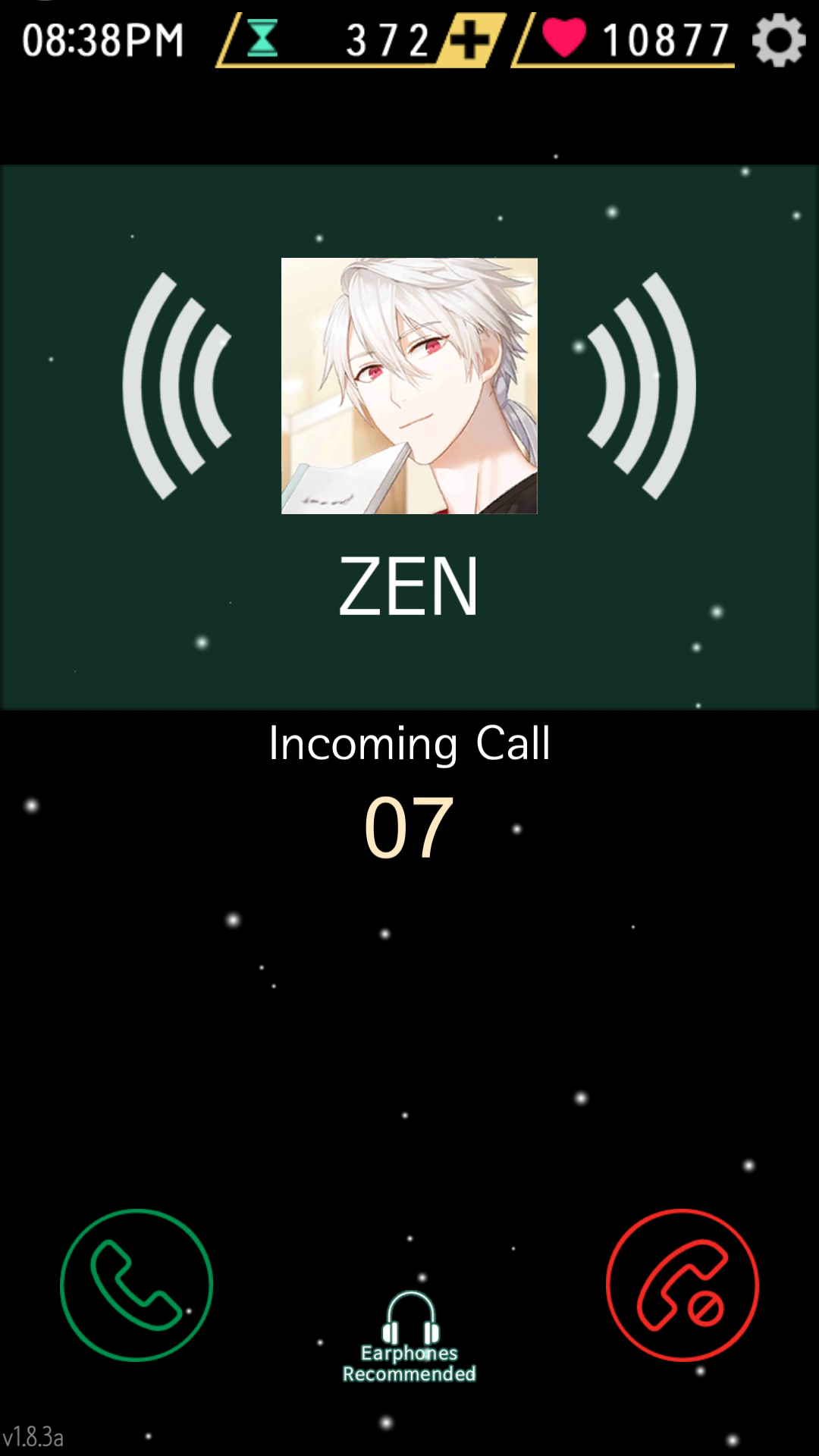 And yes – girlfriend. MC is inarguably a female character – the game features one quick, fourth wall-breaking quip about the possibility that the person behind the phone screen may not be female, but moves away from that with a certain “She’s a girl” chat message. While MC can end up as the girlfriend of all the members of the RFA, the only character she cannot pursue romantically is Jaehee, a woman. Her route follows the same gameplay mechanics as the boys’, though hers ends with her calling MC her “best friend” with no implication of a possible romantic relationship.

The Reality of Relationships?

Obviously, Mystic Messenger is a fictional game, but its lifelike simulations of heterosexual relationships illuminate harsh realities of romance that other dating simulators are too vanilla to touch on. It’s a frustrating reality that the game does such a good job of commodifying – and a reality that warrants a much bigger conversation about gender dynamics in romantic relationships beyond just the world of video games.

But compared to other wish fulfillment titles in the otome genre, it’s clear that Mystic Messenger is more than just the average dating simulator on the market.