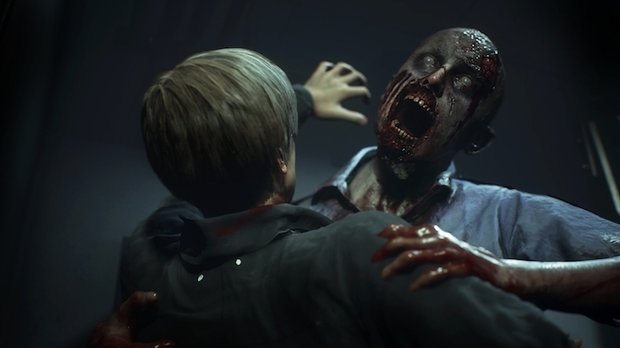 The puzzles you encounter are slightly different too. Key items cannot be found where the other character discovered them, and solutions must be arrived at in different ways.

Leon and Claire also have a slightly different weapon set, with Leon finding a shotgun early on and Claire favouring a grenade launcher.

Staying true to its origins, the remake of Resident Evil 2 is dedicated to survival horror in its purest form.

Whether you’re exploring the eerie Racoon City Police Station or the dingy sewers, one thing always stays the same: Ammunition is hard to find, and health is even more scarce.

To combat the lack of recovery herbs and ammo, Capcom has integrated a simple crafting system into the inventory to give you a fighting chance of staying alive.

Seemingly useless items can be combined with others to create bullets, health products or even a new key object repurposed from an old item.

However, due to limited inventory space it can often be hard to decide which items to take and which to leave behind, creating the uneasy feeling of never being adequately prepared for the situation you’re in.

And for the first major section of the game, you find yourself trapped inside an impressively large police station which essentially acts as one giant puzzle box.

You’ll only be able to complete your main mission once all the smaller puzzles in the area have been completed, so manoeuvring around the tight corridors and searching every dusty shelf becomes essential.

Though puzzles are often simplistic, the sheer number of key items can often disorientate you, leaving you unsure of how to clear your next checkpoint.

Thankfully, opening the map will reveal which rooms you’re yet to visit, which are not fully-cleared or and which have been completed.

This may be a small touch but cross-referencing objects in your inventory with each coloured room on the map often eradicates frustration.

Whilst your exploring, sound design in Resident Evil 2 is flawless and certainly contributes to the tension.

Guttural moans echo down corridors and wind whistles through broken windows. The score also soars into a panic-inducing crescendo during intense combat with bigger foes. 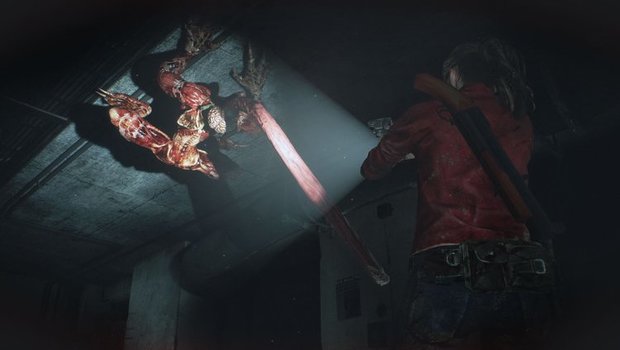 Other monstrosities dwell in the dark corners of the police station in the form of decaying hounds and monstrous creatures known as Lickers, blind mutants that attack with their barbed tongues.

With no set routes these enemies roam the corridors unrestrained and you won’t find safety simply by stepping into another area – enemies will follow you wherever you go.

Once the main story has been completed a selection of other modes will unlock. These range from fan-favourite mini-games to a secondary playthrough for both Claire and Leon under their B narrative.

These B scenarios are very similar to the main game but are more condensed. They can be finished much faster, allowing you to quickly get to the parts of the game you originally missed with your first character.

Though it’s always exciting to face the undead monsters of Racoon City again, it would have been nice for Claire and Leon to take much different routes through the game and encounter more exclusive areas.

But, overall, the stunning graphics, incredible survival horror combat and wonderfully eerie setting make picking up a copy of Resident Evil 2 a no-brainer. 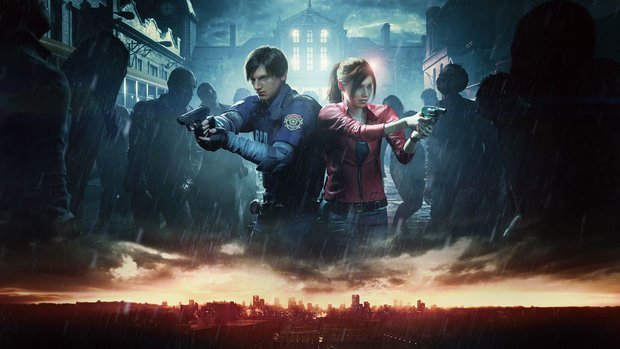