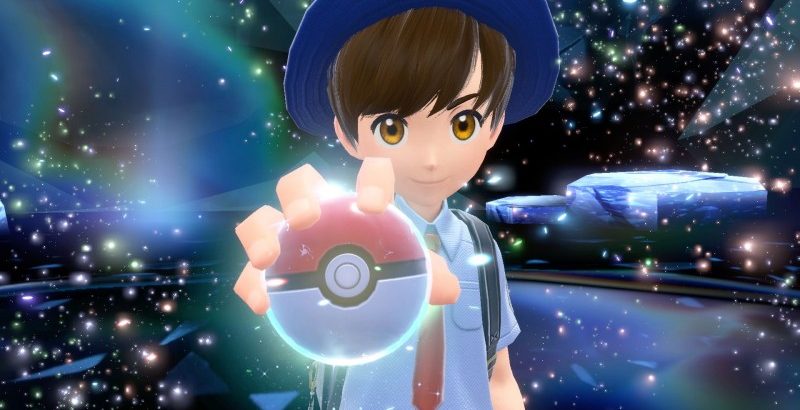 Each new generation of Pokémon promises changes and iterations to the long-standing franchise formula. Pokémon Scarlet and Violet kick off the ninth generation of Pokémon games, offering some of the biggest changes to date. An open world, four-player co-op, and other additions effectively push the series forward in meaningful ways, but the technical shortcomings often break immersion and temper an otherwise strong Pokémon game.

The Pokémon formula remains mostly intact through Scarlet and Violet. Your main goals still involve catching, training, and battling the Pokémon that inhabit the world. But this time, you do so in the series’ first true open world, expanding the formula in unprecedented ways. The Paldea region is ripe for exploration, with diverse biomes and various nooks and crannies in which to hunt. Thanks to a wide swath of Pokémon, new and old species alike, I always felt rewarded for journeying off the beaten path. When I did discover an all-new monster, I often appreciated the design, making this batch one of my favorite new generations in a long time.

Thanks to this open-world approach, most battles are now optional. Trainers occupy the world, but you must initiate the battle with them to start. I like this approach, as it let me skip fights I wouldn’t otherwise want to be in, though the money, experience, and rewards often make them worthwhile. The same could be said of wild Pokémon encounters, which only happen if you run into them; random encounters are completely gone this time around. You can also use the new Let’s Go mechanic, where you send your lead Pokémon out to auto-battle, if you’re just looking for quick experience and crafting materials.

Unfortunately, the larger world comes at a cost, as Pokémon Scarlet and Violet suffer from poor performance across the board. Characters pop in and out of existence before your eyes, textures appear in extremely low resolution, and the frame rate stutters around every turn. Game Freak shot for the stars with its first open world, but it’s clear it still has a ways to go when it comes to making it work on Switch.

Once you’re in battle, longtime Pokémon players will feel right at home, as it reverts to the traditional turn-based format where type strengths and weaknesses create compelling rock-paper-scissors-style matchups. The new Terastallization mechanic, where an in-battle Pokémon takes on a gem-like appearance and boosts moves of its specific Tera Type, accentuates the type match-up system; some Pokémon even change type when they’re Terastallized. While the moves of the Pokémon’s Tera Type are boosted, they’re hardly overpowered, and since Terastallizing is limited to once per Pokémon Center visit, it adds an extra layer of strategy. The Terastallized forms look uniformly goofy, but Terastallization is my favorite generational battle gimmick in series history.

Players can explore this new, open Paldea region together thanks to four-player cooperative play. Once players join the host’s instance, they can freely explore, catch new Pokémon, battle in Tera Raids, and even trade with each other. I’m sad there aren’t more interactions between players in these sessions (you can’t even watch battles unfold), but the freedom offered by co-op outweighs the shortcomings.

The open-world design also enables you to choose the order in which you approach the three main questlines. Victory Road offers the series’ traditional eight-gym conquest with the goal of taking down the Elite Four, while Starfall Street lets you attack bases held by Team Star, the rival group of this entry. Gym challenges preceding each leader battle diversify the lead up, but they’re either mundane or revert to the traditional trainer-gauntlet style. Team Star base assaults are easy affairs, where you need to use the Let’s Go mechanic to defeat 30 Pokémon in 10 minutes before an often-challenging boss battle. Path of Legends, a third questline, grants engaging battles against huge Titan Pokémon, provides the best rewards, and serves up a touching story. I enjoyed each individual questline, and while they’re disparate in nature, they converge in the meaningful end and post-game content.

Of course, the persistent mission of filling out your Pokédex exists alongside those three story quests. This mission becomes more satisfying than ever, thanks to a terrific redesign that depicts your Pokédex as a shelf of encyclopedias. I loved watching the shelf fill with each new encounter, but I’m disappointed Pokémon Legends: Arceus’ goals, which required you to study Pokémon before their entry was complete, have vanished.

Despite technical shortcomings and some filler content, Pokémon Scarlet and Violet are chock-full of meaningful additions to one of gaming’s most popular franchises. At worst, these games are steps towards the Pokémon games for which players have clamored, but more often, they serve as effective thesis statements for where the series goes from here. Either way, I can’t wait to see where Game Freak evolves the experience from this point.