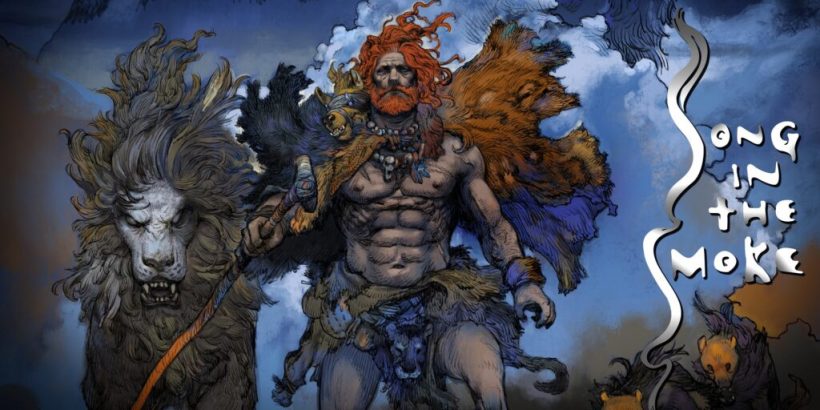 One of the surprises revealed during March’s PlayStation Spotlight was 17-BIT’s Song in the Smoke, a mystical survival adventure coming to PlayStation VR and Oculus headsets. For the Electronic Entertainment Expo (E3) 2021 this week the studio has released a behind the scenes documentary called The Call of the Wild – this is the unabridged version – giving some backstory to the teams’ first virtual reality (VR) project.

Created by Japanese gaming documentarian studio Archipel, the video features 17-BIT founder and creative lead Jake Kazdal as he talks about the challenges of making the VR experience over the past three years. Having previously created Skulls of the Shogun and GALAK-Z with a tight-knit team who usually all work in the same room, Kazdal discusses the challenge everyone is all too aware of, remote working, and how that affected production.

But you also get to see more of Song in the Smoke, it’s beautiful environments as well as learning about some of the gameplay elements like the wild animals. The team wanted to created creatures that lived and behaved like real wild animals, so they’ll be hungry, afraid and tired, likely to attack or run away.

“Song in the Smoke is a colossal departure from our previous work,” said Kazdal in a statement. “When I first tried VR I was instantly struck by how utterly immersive it is, which opened up a whole new world of possibilities. I’ve always been moved by exploring nature, with its overwhelming mix of majesty and danger, where you’re constantly reminded of both how expansive the world is and how small you are. With VR’s all encompassing presentation, I felt like I could actually make a world that captures this quietly beautiful feeling of aliveness. Where nothing is canned and everything feels organic. Song in the Smoke is the result of this.”

Featuring art by renown illustrator Katsuya Terada (The Legend of Zelda, Blood: The Last Vampire, The Monkey King) Song in the Smoke is part survival adventure and part mysterious narrative. You’ll be able to hunt with bows and axes, forage for resources to craft new items whilst uncovering this prehistoric world’s secrets.

Song in the Smoke is coming to PlayStation VR, Oculus Quest and Oculus Rift later this year. Take a look at the documentary below and for further updates from 17-BIT, keep reading VRFocus.