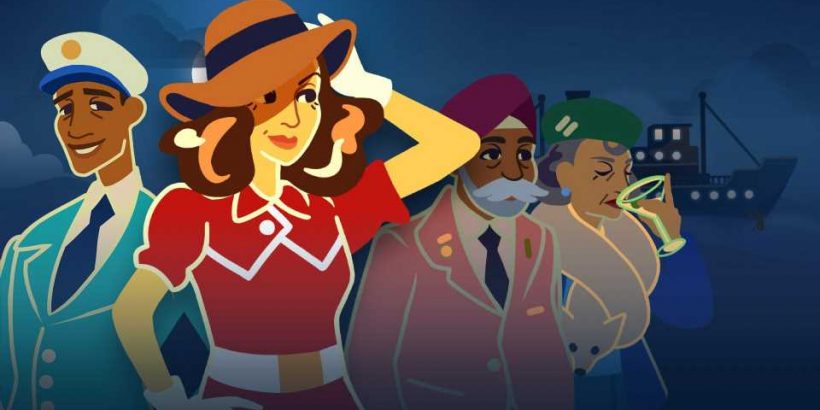 There are a lot of games about solving a murder, but very few about getting away with one. This is the straight-up genius premise of Overboard, a reverse murder mystery by Inkle, the studio behind top-tier interactive fiction like 80 Days and Heaven's Vault. In it you play as Veronica Villensey, who tosses her husband into the Atlantic Ocean during a voyage from England to New York in 1935. You, the player, don't know why he deserved this, if he even did at all. You find out more about him, and about Veronica herself, later on. But your immediate, pressing goal is simple: reach New York before anyone figures out what you did.

While Inkle's previous games have been big, sprawling narratives set across multiple locations, Overboard takes place entirely aboard the S.S. Hook—meaning, yes, you literally have to get off the hook. This should give you an idea of the game's tone. Despite the sinister subject matter, this is a fun, whimsical game with a deliciously macabre sense of humour. Sharing the voyage with you is a cast of eccentric characters straight out of an Agatha Christie mystery, and this nosy, frustratingly perceptive bunch is your greatest hurdle in getting away with the murder. It's a small, self-contained story, but an incredibly dense one.

There are countless different ways to steer the story based on what you have Veronica say and do. It's a remarkably intricate game, designed to be experimented with across multiple playthroughs. You'll almost certainly fail, repeatedly, at first. But with each run you learn more about the ship, crew, and passengers, and can use this knowledge to manipulate your way around them—ultimately reaching New York and escaping to freedom. It's one of the most dynamic and malleable interactive narratives I've ever played, and the sheer volume of ways to tinker with the story, and how deeply reactive it is to your actions, is a delight.

It's a game about spinning a complex web of lies and trying not to accidentally tangle yourself up in it. If you lie to a passenger to cover your tracks, it can come back and bite you in the ass if someone else spots a contradiction. You have to make sure the yarn you spin is consistent, otherwise someone might poke a hole in it and the jig will be up. However, if that fails, you can just murder more people. Set things up just right and it's possible to shove more people overboard. So if someone's being particularly nosy, or has discovered your secret, you can always give them their own permanent bath in the freezing Atlantic. 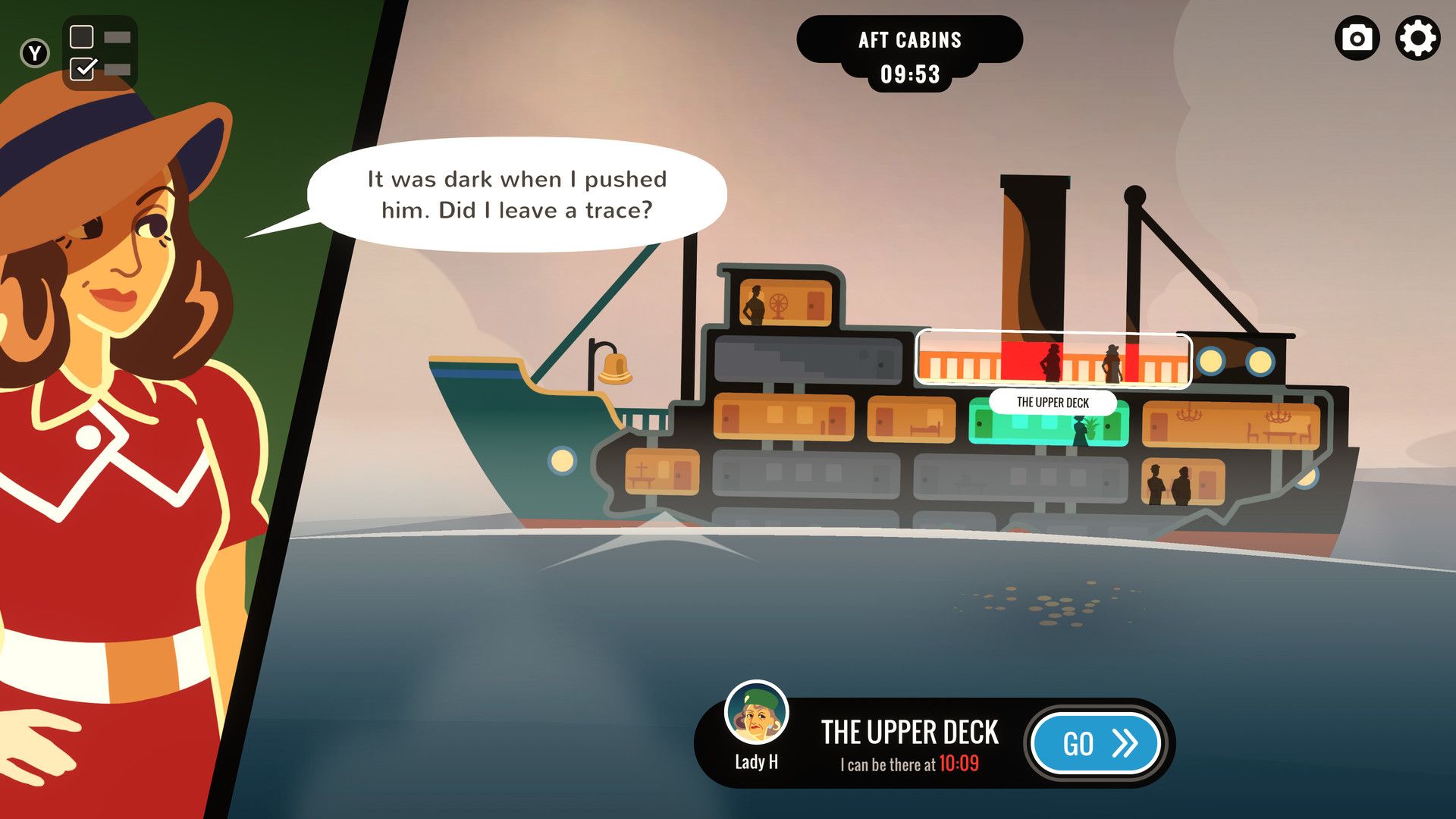 But what makes Overboard really special is how wonderfully devilish Veronica is. Being a murderer, her morals are pretty loose, and she won't think twice about indulging in all manner of unsavoury behaviour—including drugging people, planting evidence, and lying through her perfect teeth. She actually enjoys it, and it's hilarious how much she relishes being the villain. "He was a wet towel on the bathroom floor," she sneers when a passenger uncovers the truth. "He was nothing." Get away with it and she celebrates by calmly sipping a cocktail. She really is one of my all-time favourite video game characters.

All that aside, Overboard is just a joy to play. The interface is breezy and responsive, in a way Inkle has gotten very good at. There are some welcome quality of life features, like being able to automate previously made decisions to speed up successive playthroughs. The art is gorgeous too, with bold, vivid characters that perfectly complement the superb writing. Not bad for a game Inkle made in just three months. Apparently Overboard earned back its development costs in a few days, so that hopefully means we'll see more of this kind of thing from Inkle. But still, more people need to play it, because it's easily one of 2021's best games.