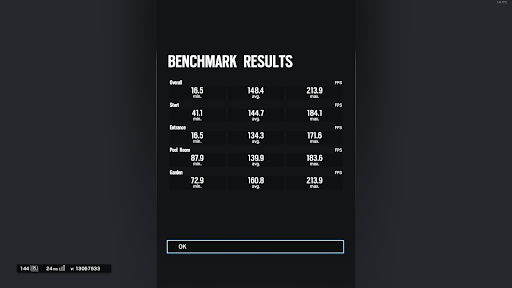 If you want the best of the best and something that cannot be topped, then maybe you could save up to buy this card. I cannot even think of another graphics card that can deliver better performance than the RTX 2080Ti when it comes to gaming. Of course, there are a ton of other cards which are must faster and much more expensive, but they aren’t actually that great at gaming because they’re not built for that.

In all the games I played with the RTX 2080Ti – which included but wasn’t limited to Anthem (kindly supplied by NVIDIA), Battlefield V, Rainbow Six Siege, Fortnite, Forza Horizon 4, Grand Theft Auto V, STAR WARS Battlefront II, and PLAYERUNKNOWN’S BATTLEGROUNDS – I never once saw the framerate go under 60fps. Not once. Most games averaged out on Ultra settings at 130-170fps.

You absolutely cannot go wrong with buying this graphics card. If you’re wanting a value GPU, then you shouldn’t even be having the RTX 2080Ti in your line of sight at all. Not one bit. Also, if you are planning to spend 1k on this component, then I’d like you to understand the limits of ray-tracing right now.

There is currently an extremely sparse market for ray-tracing technology right now, especially in gaming, with the amount of games supporting it being so low that I can count them on my fingers (well, maybe if I had a third hand). Keep that in mind before going out and buying an RTX card – although, it is the hot new thing, so maybe we’ll be seeing much more of it as time comes.

So, after hearing those warnings and how good this card performs – should you get it or not?

This graphics card is the best of the best for any sort of gaming scenario, although playing in a resolution that isn’t 4K kind of ruins the point of owning the RTX 2080Ti. If you’re not planning on using ray-tracing or playing in 4K, don’t buy this card.

If, however, you wanna do that and also are willing to spend £1,100 on a graphics card then you should absolutely buy the RTX 2080Ti. It’s the top-tier most powerful card for 4K gaming that money can buy.