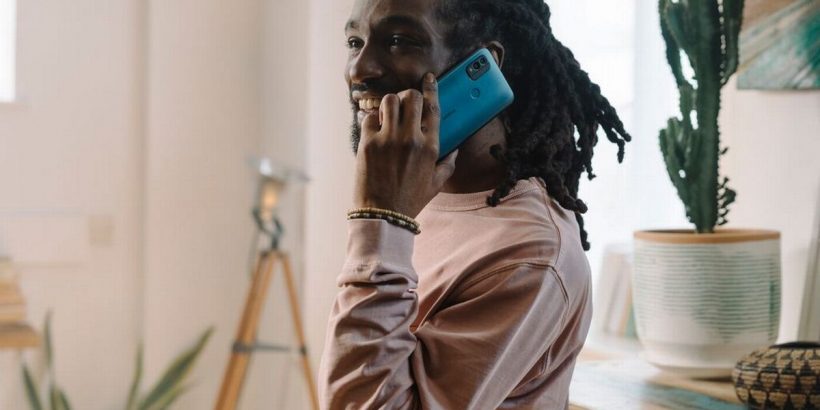 The cost of living crisis is beginning to bite and luxuries are starting to go out the window as we tighten our belts.

But we all love our mobile phones, so what do we do when we need a new one without the desire to bust our wallets?

Nokia reckons it has the answer with the C21 Plus.

It’s a no-nonsense smartphone offering all the mod cons of an Apple or Samsung device but with a very low price point.

So we’ve given the model a road test to see where the firm has perhaps cut corners to get to such a cheap price.

First off design, this is one sleek looking handset with an edge-to-edge screen, thin width and lightweight feel.

The back of the C21 has a lovely dark blue look and grippy feel to avoid slip and the thumbprint sensor to unlock your handset is dead centre next to a nicely positioned double camera and flash.

It feels sturdy with a front facing mini cam set top centre but seems fairly easy to scratch, despite toughened glass claims from the maker. I had one with very light use within a day, so a protective case is preferable on purchase.

It’s an entry-level smartphone for those folk who may have never had one before but fancy all the latest tech.

So you get face unlocking of the device, as well as thumb print, access to Google Play’s huge online store of free and paid-for apps, and all the easily recognised and expected services like YouTube and Spotify.

It’s fast and fluid with a lush-looking, 6.5in vibrant HD display.

I was pinging around at speed between apps, cameras and video content without any slowdown or drag. It wasn't quite as speedy or intuitive as an iPhone 13 Pro, but did an admiral job.

It runs on a streamlined version of the Android operating system that facilitates snappy download speeds.

The cameras on the back are 13 megapixel HDR powered, so arguably a little more refined than Apple’s latest effort, but in reality the pictures felt a little colourless and had a less vibrant look.

That said, with a bit of tweaking post-picture you could get some lovely images.

It comes with a 4000 mAh battery, which delivers “two-days of battery life” from a single charge depending on how heavily you use it.

That’s a big plus for those not wanting to constantly fill the device up at a plug socket.

In action, we felt the battery wasn’t quite that slick with heavy use and it seemed to take an age to charge on an older USB cable, compared to the fast and more universally accepted USB-C that many now enjoy.

The C21 IP52-rated for extra protection from dirt, dust and water droplets. That’s not quite ‘waterproof’ level but it’s some protection against the general rigours of life.

Smartphones often store people’s most private information, as well as act as a hub for entertainment, banking, and vital communication.

Being part of the C-series family, Nokia C21 Plus comes with two years of quarterly security updates on the Android operating system as standard to keep everything safe.

Memory is an area where there has been sacrifice to keep to price point, so don’t expect huge amounts of space to save loads of apps. There’s 32GB, which is small in today’s smartphone standards.

But equally, if you want a ‘Chromebook of the mobile phone world’ where you’re happy to browse and keep saved apps and pics to a fair minimum on the device you’ll be fine.

It gives smartphone newcomers all the mod cons expected of such a device while sensibly cutting corners in the right places to keep its price point.

Ideal for those seeking to refresh their phone at a low cost and those wanting to dip their toes into the smartphone market.