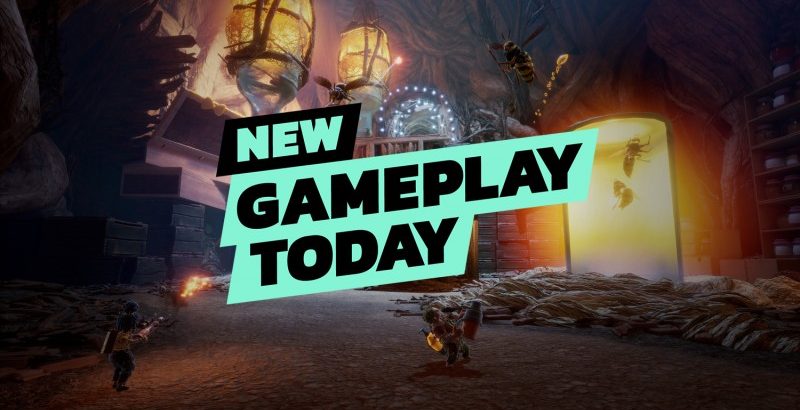 Hazelight Studios likes to make games about collaboration. In Brothers: A Tale of Two Sons, players controlled a pair of characters simultaneously to play through an interactive fable. A Way Out gave two players a chance to break out of prison and experience life on the lam. The studio’s latest project, It Takes Two, is a romantic comedy featuring more split-screen co-op, and also an insane amount of variety. In this episode of NGT, I share my experience playing three hours of the game with Blake Hester and Alex Stadnik – and how it nearly tore my family apart.

OK, that’s a little bit of hyperbole. I dragged one of my sons along with me for the co-op session, since we had a fun time playing through A Way Out together. Besides, who wouldn’t want to participate in an interactive romantic comedy … with their … dad? He was exactly as enthusiastic about the idea as you might expect. Once we started playing, however, he was fine (thanks for asking).

Still, there were a few sections (the boss battles, in particular), where we started to inadvertently emulate the in-game bickering that the game’s stars, May and Cody, frequently engaged in. Part of the fun of It Takes Two is getting introduced to strange new gameplay mechanics and trying to determine how they work – and work in tandem with the other player’s abilities – on the fly. That led to a few heated moments as I missed critical jumps or he battered the plane he was flying along the walls of a narrow passageway. We persisted, however, and are all the stronger for it. That’s what I’m telling myself, at least.

Anyway, enjoy the video! It Takes Two is coming to PlayStation 5, Xbox Series X/S, PlayStation 4, Xbox One, and PC on March 26. And be sure to check out my feature on Hazelight’s Josef Fares – he’s an incredibly passionate and funny guy.