Sometimes, you just want to kick back and relax on a SUNDAY, SUNDAY, SUNDAY, with a game that doesn’t require much thought. If that is the aim of Monster Jam Steel Titans – now available for the Nintendo Switch – then mission accomplished. However, regardless of whether or not that is, in fact, the game’s goal, it’s still probably not worth your time, unless you’re insanely passionate about monster trucks.

No Need For Earplugs

Monster Jam Steel Titans puts players in the driver’s seat of a monster truck, competing in races and various stunt challenges taking place in arenas and outdoor tracks. There are a handful of other modes available, such as Freestyle, Rhythm, Two-Wheel Skills, and Destruction, as well as a local split-screen mode. Unfortunately, online multiplayer is not an option, which seems like a major missed opportunity for what is, essentially, a racing game. 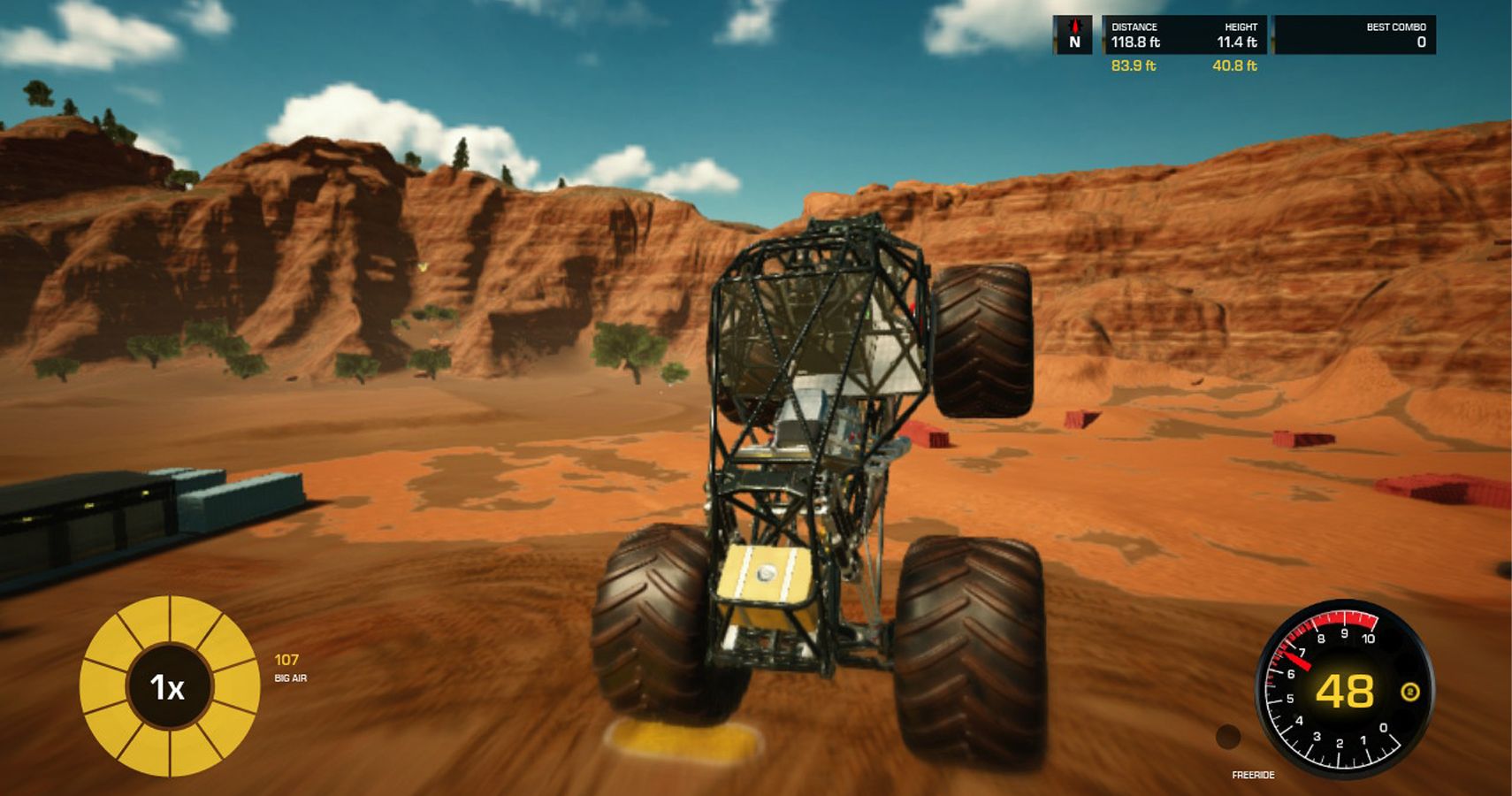 Generally, in other off-road racers, I enjoy the races that feature courses with rhythm sections. There’s something incredibly satisfying about having the perfect amount of speed and elevation to smoothly run through the peaks and valleys of the rhythm section. Monster Jam Steel Titans never really had that though, even in the Rhythm game mode. I was never able to effectively glide through the sections. Instead, I found myself bouncing off the tops of the ramp plateaus. Maybe it was due to user error, or maybe that’s just how it’s supposed to be in monster truck races. I am certainly no expert, but I was disappointed.

Monster Jam Steel Titans has a lot of unlockables, which speaks to the game’s replayability. Trucks can also be customized using the points earned from races and challenges. That said, at least in terms of races, it never really felt like any of the customizations or upgrades provided much of an impact against the other trucks. As long as I was able to stay on course and limit my mistakes, it was relatively easy to come out on top. 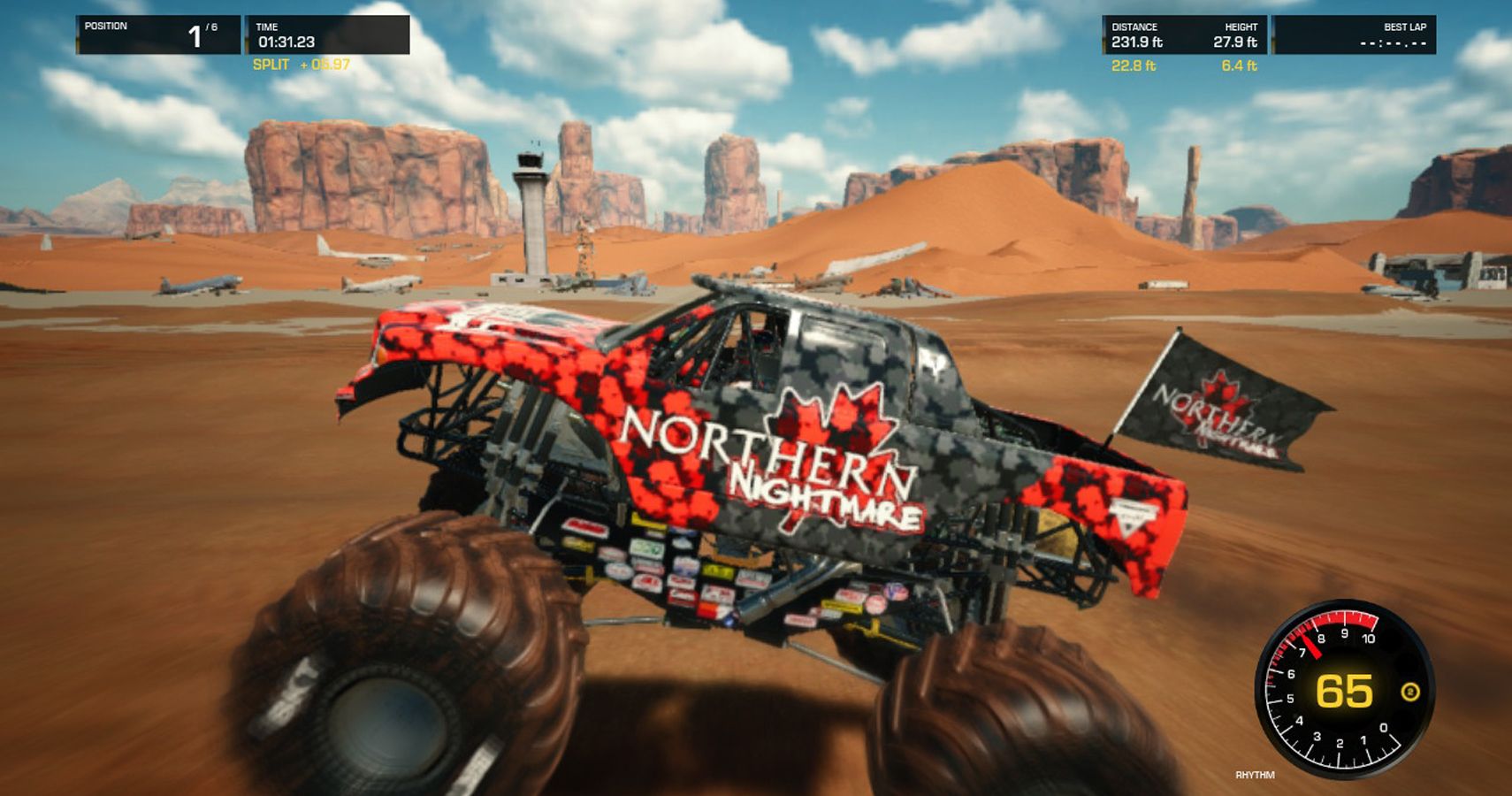 There’s nothing incredibly special about the visuals in Monster Jam Steel Titans. Really, the game looks and plays like a PlayStation 2 title similar to other racing games of the time, such ATV Offroad Fury. That’s not necessarily a bad thing (I personally loved ATV Offroad Fury). Unfortunately, the physics of Monster Jam Steel Titans feel a little exaggerated. Trucks don’t need much speed to be sent flying high into the air after hitting a ramp.

My enjoyment of Monster Jam Steel Titans primarily came from the untimed freeride sessions in which I just laid on the gas and let the ramps and gravity do the rest. It was surprisingly easy to zone out and lose track of time doing this, made even easier by the portability of the Nintendo Switch. Ultimately, Monster Jam Steel Titans is definitely a game for monster truck fans. Most other players may just want to steer clear.